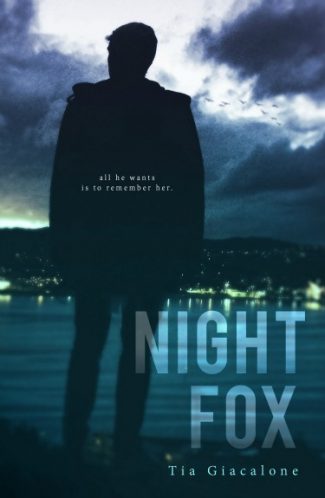 Beckett Fox lives his life on the edge between danger and responsibility, and that’s all he’s ever known… until he meets Avery. Now, time at home is more appealing than the do-or-die future he’d always pictured for himself.

Fox has everything he’s ever wanted. But he knows better than anyone that life can change direction faster than the wind.

When an accident threatens to destroy his entire world, Fox will have to choose between fighting for what he loves or letting his past dictate his future.

How much strength does it take to move forward when history seems determined to knock you down? And how do you find the path to redemption when you don’t even recognize your own life?

Today I’m revealing the cover for Night Fox, a new contemporary romance from Tia Giacalone. I am so excited about this book and just look at the gorgeous cover! Check out the exclusive excerpt and enter Tia’s giveaway! 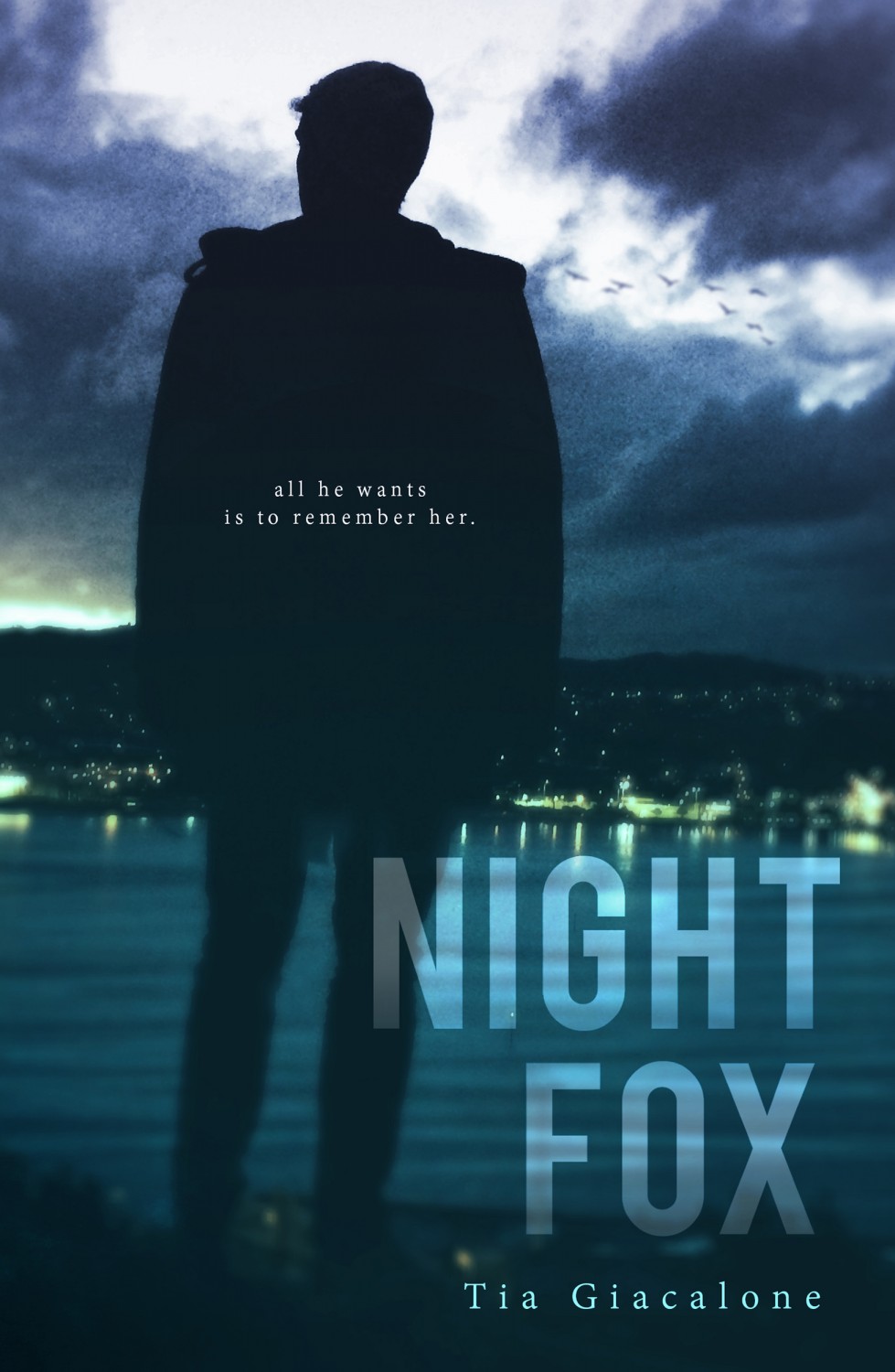 I was so glad that my little girl wasn’t here to see me fall apart.  I’d kept it together at home while I packed and made arrangements, for her, and for myself. I was traveling alone to Seattle. Fox’s family would meet me there, and until we knew more, Annabelle would stay with my parents.

The flight attendant gazed at me for a moment with concern in her eyes before she walked away, but in a short while she was back with a blanket and a small pillow.

I didn’t want to be that person, the one who needed special treatment, the one who garnered sympathetic looks and hand pats. I wanted Fox, agile and strong, running the path through the park near my house. I wanted me and Fox, laughing in the diner as he drank one of his endless cups of coffee. I wanted Fox and Annabelle doing puzzles on the floor, taking breaks for hot chocolate and Saturday morning cartoons.

I wanted me, the way I used to be just days before. I knew what fear and loss really felt like, what it meant to make hard decisions and never be quite sure about a future for Annabelle and myself. But since Fox came into our lives I allowed myself to relax a little, to let him wrap me in his arms and enjoy what I had, thinking maybe most of the struggle of an uncertain plan was behind me.

And now with one terrible sentence, my new life threatened to crumble down while I watched helplessly, trapped on a plane with no idea what to expect when I reached Fox.

They say that when a good man dies, it rains. I wasn’t sure who “they” implied or if “they” were even qualified to make such sweeping generalizations, but the sun shone brightly in Seattle — a place of perpetual cloud cover — when the plane’s wheels touched the tarmac at Sea-Tac, and every single part of me wanted to take it as a positive omen.

The gaping wound that appeared in my chest twenty hours ago when I got the phone call hadn’t even scabbed, and as I sat there on the plane, it burst open again and I gasped for breath as the realization hit me.

He would live, they assured me.

He would live — if he woke up. 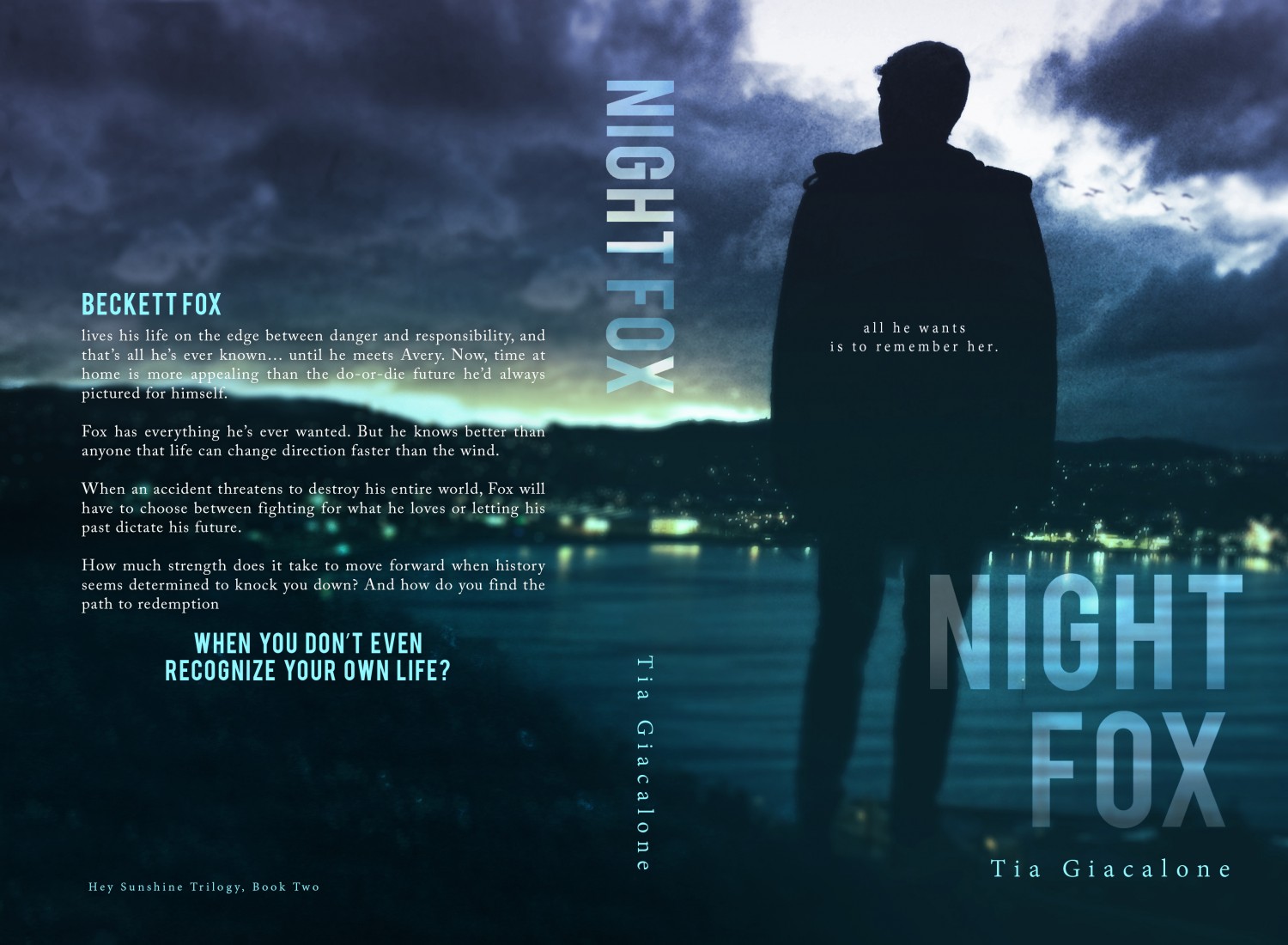 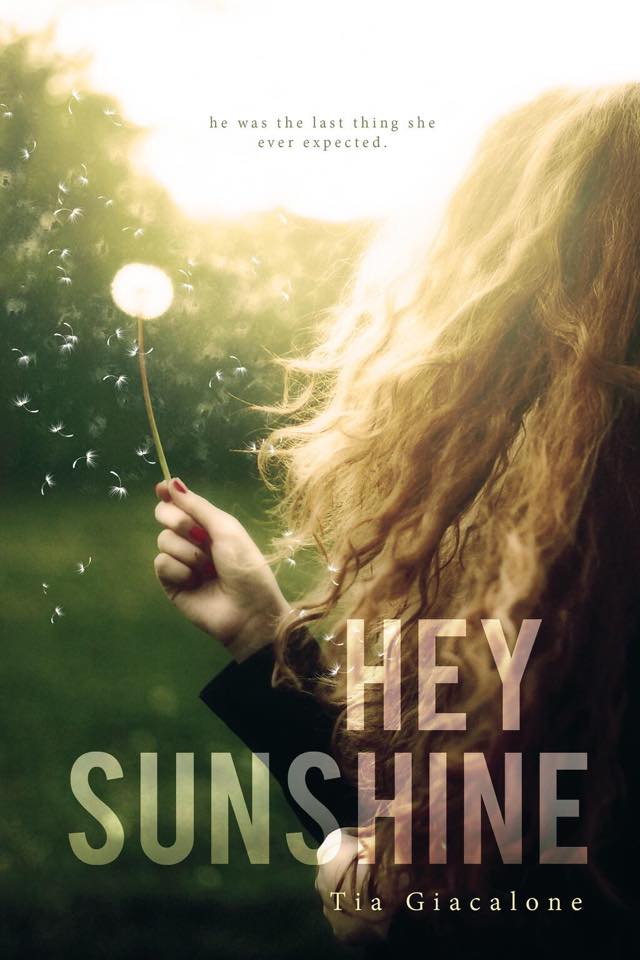 Avery Kent knows that life can change in an instant:

One second you’re on your way out of small-town life, the next you’re left heartbroken and stunned when your thrill-seeking high school boyfriend runs off in pursuit of a potentially dangerous dream.

Four years later, everything is different. When Chase returns, admitting he made a mistake and asking for a second chance, Avery wants to think she can trust him again.

But when the arrival of a handsome, quiet stranger named Fox shifts Avery’s focus, she realizes that things are about to get a lot more complicated.

When is a lot of history enough reason for a future? And how do you ignore the way someone makes you feel, especially when they were the last thing you ever expected?

Tia Giacalone is a hairstylist, a former English Lit major, and blogger-turned-New Adult author. After many years of writing a now-retired personal blog, her work was also featured on numerous forums including Open Salon and Hooray Collective. She believes in eyeliner as a defense mechanism, equal rights, and Marc Jacobs. Her favorite things include One Direction, story time, and the overzealous use of punctuation. When not writing and reading, she binge watches only the best (subjective) TV shows. Tia lives in Southern California with her husband, daughter, and tiny dog.