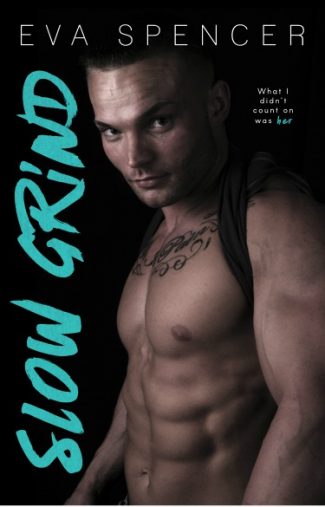 Only the good die young.

Then I got an idea to raise the cash. If a woman could strip her way through uni, we could strip our way to a cure, right? We were attractive Aussie guys, and with the help of Max’s kid sister, we could nail the choreography.

I hadn't seen Aubrey since she was twelve. She’d gone from a pig-tailed, freckled tomboy into the sex-iest chick I think I'd ever met. I made a promise to Max to steer clear, but when she was choreo-graphing our routines …

The Men of Mornington were going to heat things up, and things just got 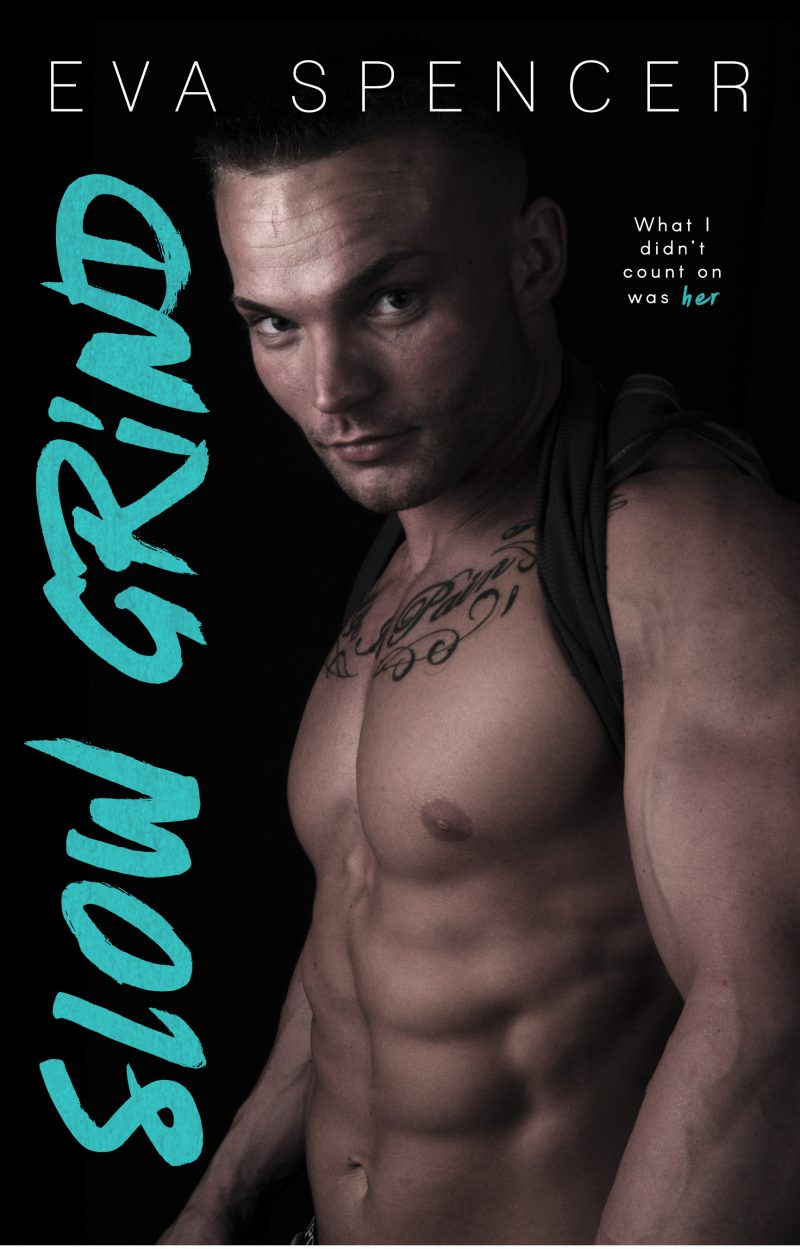 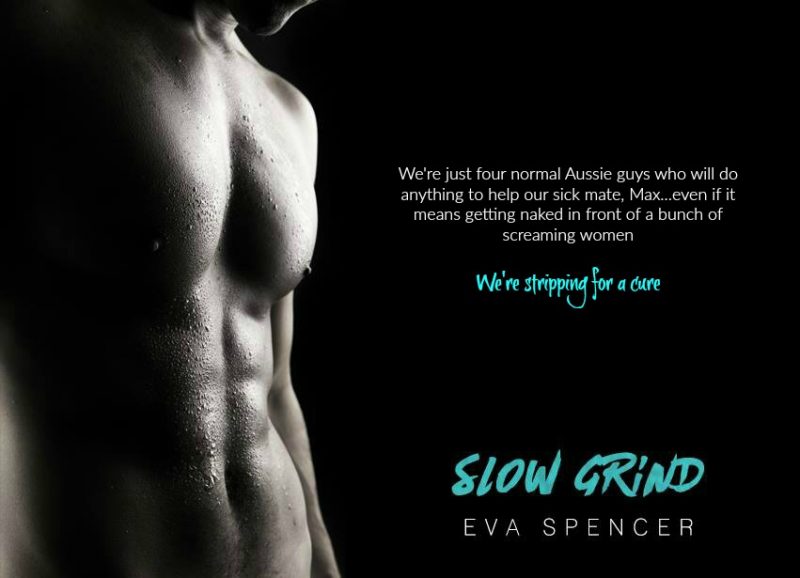 “We’re all in this together.” I turn my head in the direction of the strong, sexy voice, locking on a pair of ice blue eyes I’d recognize anywhere. My heart pounds as I take the rest of him in, my eyes travelling over his long, muscular frame. He leans casually against the wall, his hands shoved in the pockets of his faded jeans. He smiles at me, and I suddenly feel like I’m twelve years old again, yearning for a boy who can never love me back.

“I’d say so.  It’s Drew now.” He lets out a low whistle and shakes his head. “Little Aubrey is all grown up,” he drawls and the pure sex oozing off his voice is almost enough to take out my knees.  The only thing saving me is my sick brother lying down on the bed next to me.

“I’m getting there,” I mumble, my mouth dry. I can feel the heat in my cheeks as I continue to stare into his eyes.  I try to look away, but it’s as if they have me captured in their depths.  “Thanks for being here.  It means a lot.  There aren’t many childhood memories that don’t have you in them.  It’s nice to see you’re still around pestering my brother.”

“Like I said, we’re in this together.  The guys and I think we’ve found something, but it’s gonna take a little more research to see if we can pull it off.  It’ll be a miracle, but it’s worth a shot.”

“If there’s anything I can do to help, let me know.  I’m all about Team Max.”

“You guys do know that Max is right here, right?”

“Oh shut up, ya big pussy.  We know exactly where you are.  Just sit back and let us handle this, okay?” Drew orders.

“Yeah,” I chime in.  “Let us take care of you for a change, you big pussy.”  I stutter on the word pussy, the feeling that I did something wrong hitting me like a bag of bricks.  The last time I was here, I was just a child.  Now, I’m standing in my brother’s room, calling him a pussy, no less.  Times sure have changed.

Max rolls his eyes in true Max fashion and flicks on the TV, ignoring both Drew and myself.  Drew moves closer toward the bed and stops at the end, playfully slapping Max’s foot.

“How’s Emma?” I ask him. I feel awkward even asking, considering how I just dropped all contact with her. I hadn’t even meant to do it, but it was just so hard starting everything over again in a new country…I can’t even admit the truth to myself. I cut her out because the reminder of Drew was too much to cope with.

The heat in my cheeks starts up again. He missed me. Like a friend. The only way you can miss your best mates little sister. 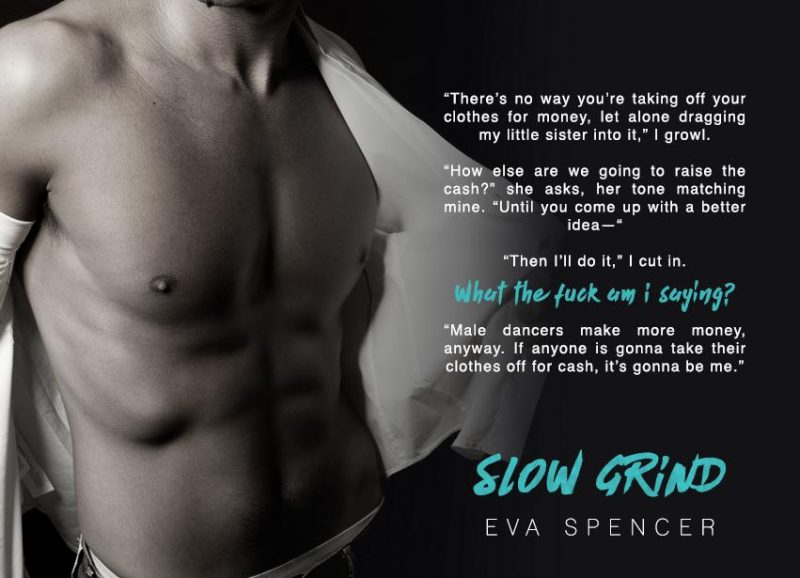 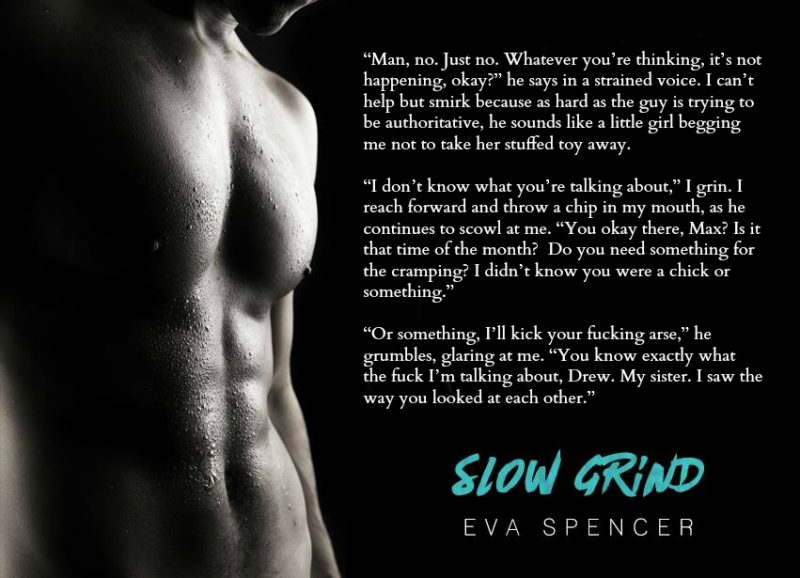 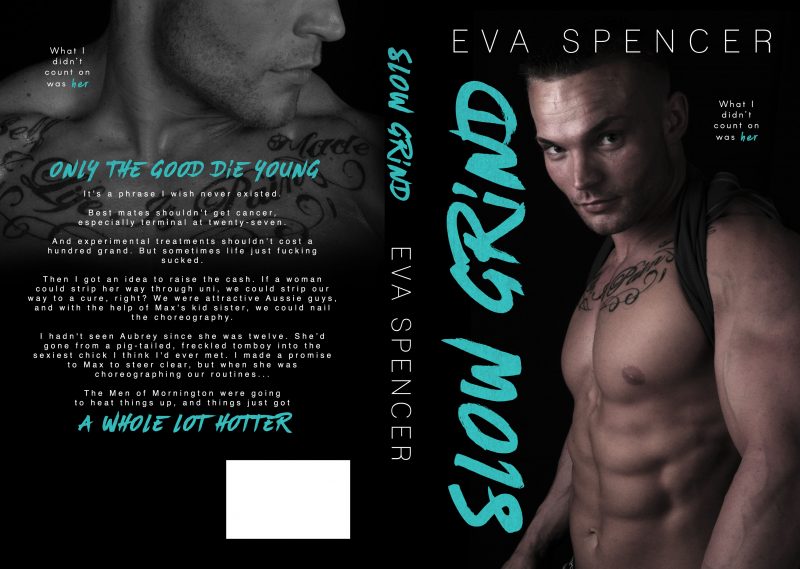 Eva Spencer, a combination of Ashley Suzanne and Missy Johnson. Independently, we have over 30 novels, and have decided to write our co-written works under one pen name to make it easier for all of you to follow!!! We love new readers and can’t wait to chat with you! 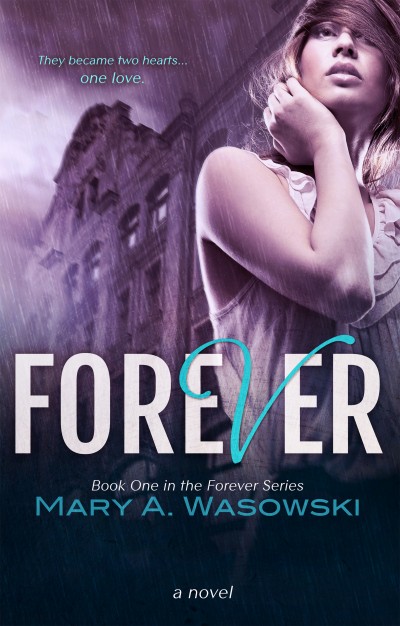