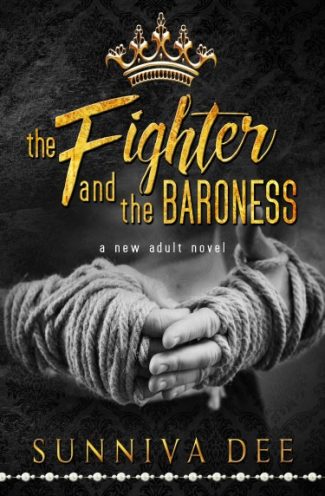 Victor Arquette knows the meaning of sacrifice. Destined to legendary status in mixed martial arts, his life is founded on it. Dedication equals sacrifice, and sacrifice means around-the-clock training, no partying, no junk food, no alcohol—and no women.

Helena von Isenlohe is the heiress to Kyria Castle. Due to her father’s lack of financial prowess, the restoration of the ancient German estate rests on Helena’s shoulders. A failed attempt leaves a wealthy man alone at the altar—and the fleeing bride on a plane to the United States.

A chance meeting, and Victor and Helena’s chemistry is undeniable. Except, her presence clutters his focus. Victor shouldn’t crave their nights, shouldn’t be concerned where she is or with whom. And meanwhile in Germany, Kyria Castle deteriorates at a suspicious speed, indebting Helena further to the man she left behind.

Victor and Helena believe in duty. They embrace sacrifice. But when love strikes, it strikes hard, and sometimes you have to choose where your heart is truly at home.

Title: The Fighter and the Baroness 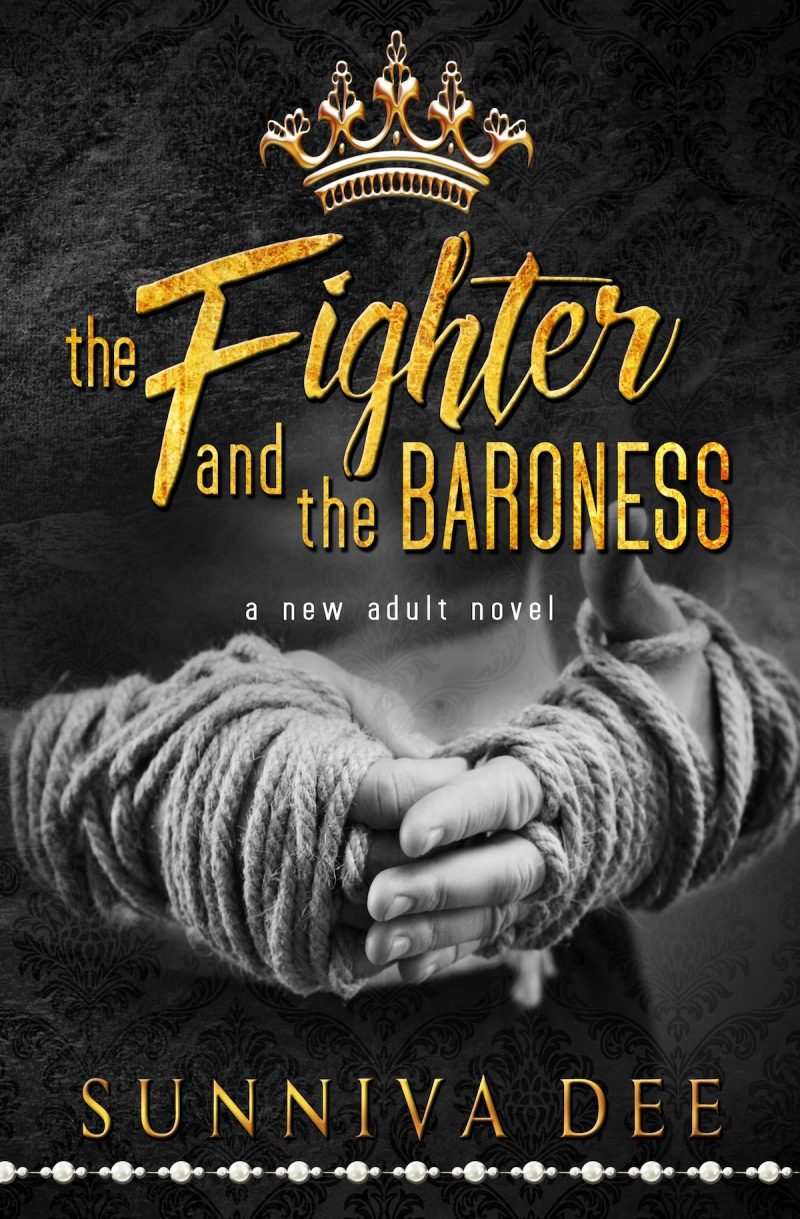 Helena enters the room like she expects someone to jump out from dark corner. Neck stretched, she takes in a high quality yet typical hotel room with a king-sized bed and two nightstands. The TV is big and flat, resting on top of a dresser, and then there’s a mirror over a small office desk with a phone and some restaurant flyers on it.

“That would be terrible. Is that what you’re used to? Smoking rooms?”

“We have a cigar room,” she replies, confused, until she breaks in an apologetic laugh. “Oh, as in smoking versus nonsmoking hotel room. I get it.”

“You have a cigar room? Would that be right next to the swan pond?” I tease. It’s cute to see embarrassment flush her cheeks. “Hey,” I continue, mock-petting her cheek, “don’t feel self-conscious about living in a castle. Even though it’s, let’s just say, a hair’s breadth over the top for us commoners.”

I consider, rubbing the light scruff that’s grown on my chin since yesterday. “Well, since you just touched the left corner, it now has cooties. You’ll have to sleep on the cooty-side.”

This girl, she’s been so immediate in her responses. I guess I expected a laugh or some expressed annoyance at my silly comment. Instead, she sinks down against the pillows on her side of the bed and breathes, “Okay,” with the smallest smile raising the corners of her lips.

She uses the arc of one foot to slide her shoe off before she skips off the other. I watch as she wiggles her toes graciously, green nail polish gleaming in the dim shine from the bedside lamp.

Helena is tired. I guess it’s been a long day, the flight being just a small part of her exhaustion. I’m drawn to her eyes, not for the first time. The color of them is almost watery. No, they are watery.

“Who gave you that color?” I blurt out.

I’m not the impulsive kind, and yet I’ve already committed strange acts around this girl. Where I come from, women expect smart, premeditated interactions, never initiated by questions like the one I just shot at Helena. This they’d ignore. They’d change the subject into something not insane, or they’d titter and squirm, not knowing how to respond.

She lets her eyes float from her feet to my eyes before they still. “My father. I’ve got his eyes.” She laughs softly, hands around the remote for the TV. “Grandma used to say our eyes were the color of the swan pond because we were both born in rooms with windows overlooking it.” 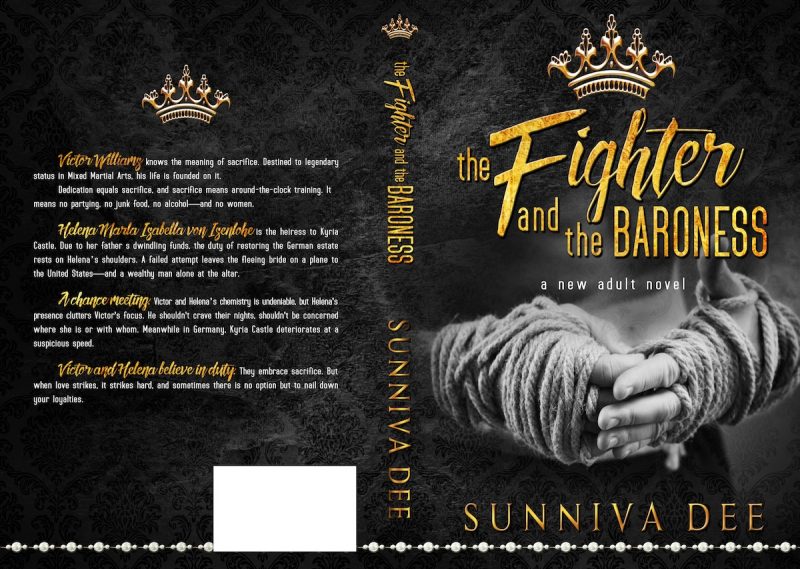 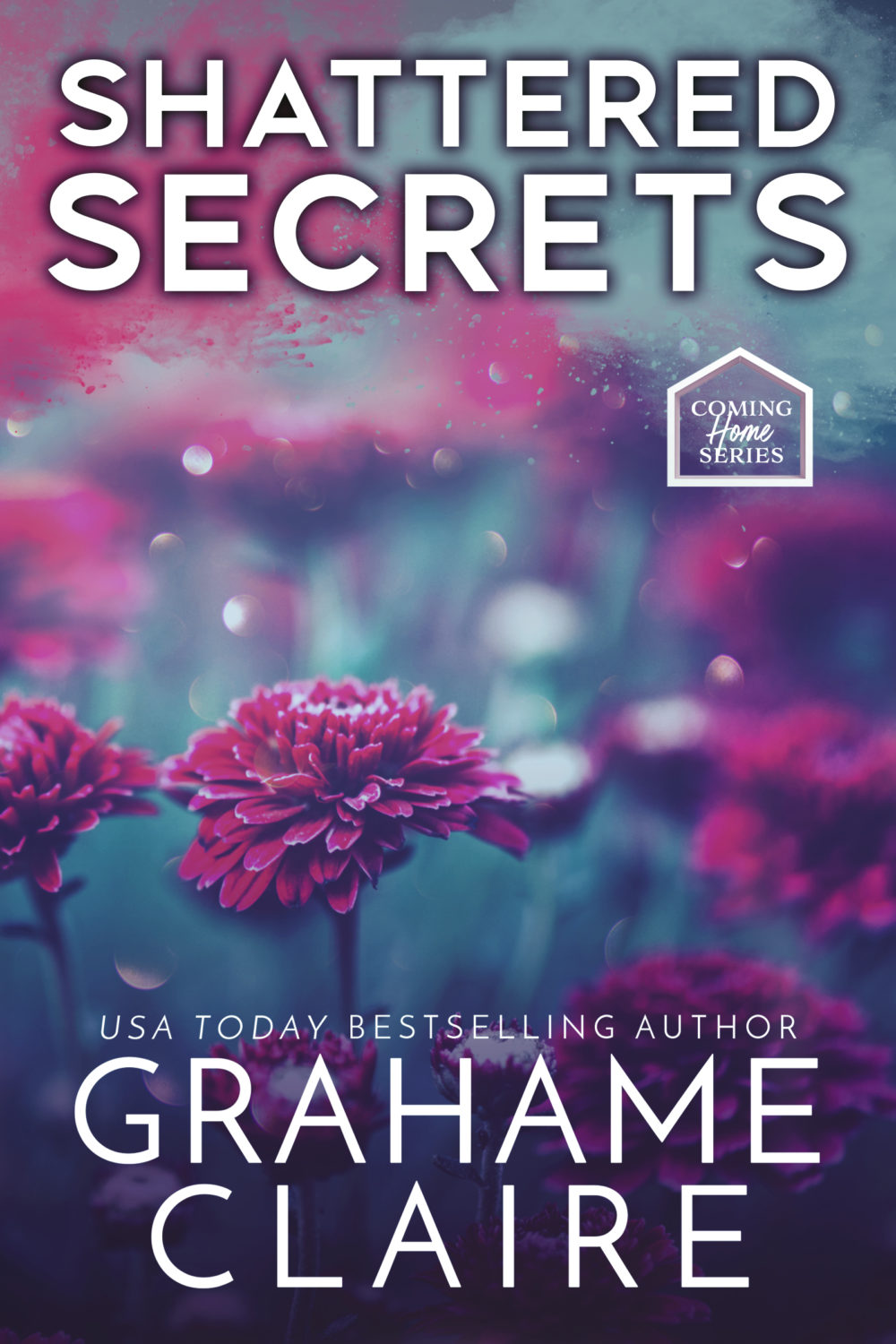