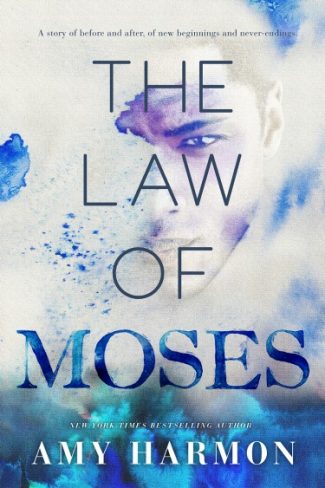 If I tell you right up front, right in the beginning that I lost him, it will be easier for you to bear. You will know it’s coming, and it will hurt. But you’ll be able to prepare.


Someone found him in a laundry basket at the Quick Wash, wrapped in a towel, a few hours old and close to death. They called him Baby Moses when they shared his story on the ten o’clock news – the little baby left in a basket at a dingy Laundromat, born to a crack addict and expected to have all sorts of problems. I imagined the crack baby, Moses, having a giant crack that ran down his body, like he’d been broken at birth. I knew that wasn’t what the term meant, but the image stuck in my mind. Maybe the fact that he was broken drew me to him from the start.

It all happened before I was born, and by the time I met Moses and my mom told me all about him, the story was old news and nobody wanted anything to do with him. People love babies, even sick babies. Even crack babies. But babies grow up to be kids, and kids grow up to be teenagers. Nobody wants a messed up teenager.

And so begins a story of pain and promise, of heartache and healing, of life and death. A story of before and after, of new beginnings and never-endings. But most of all...a love story. 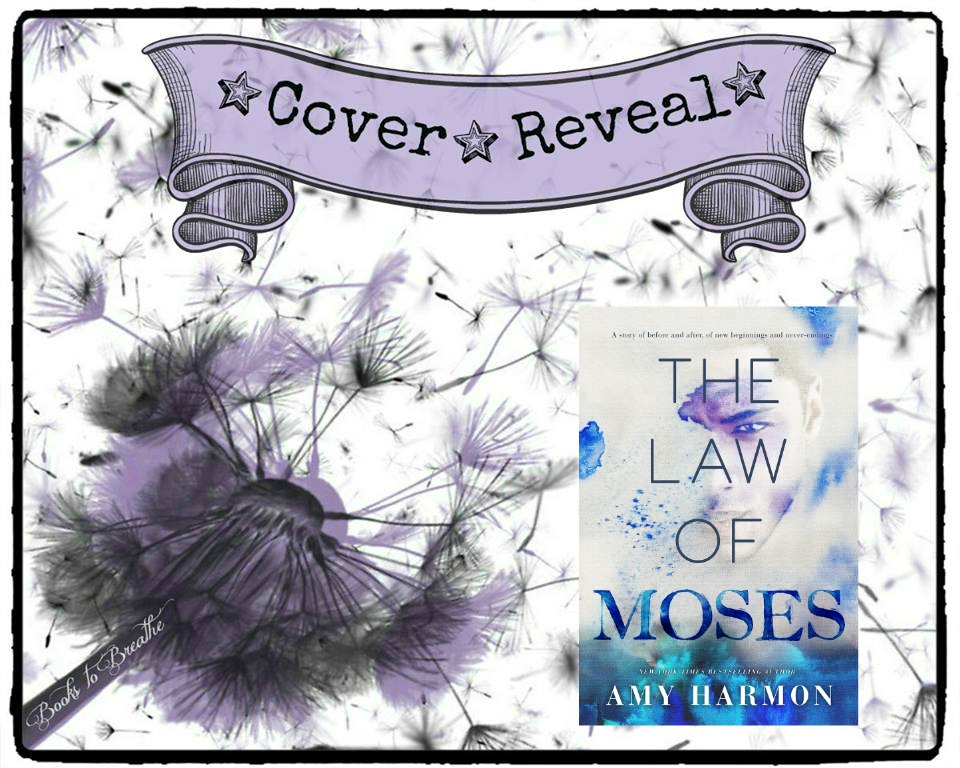 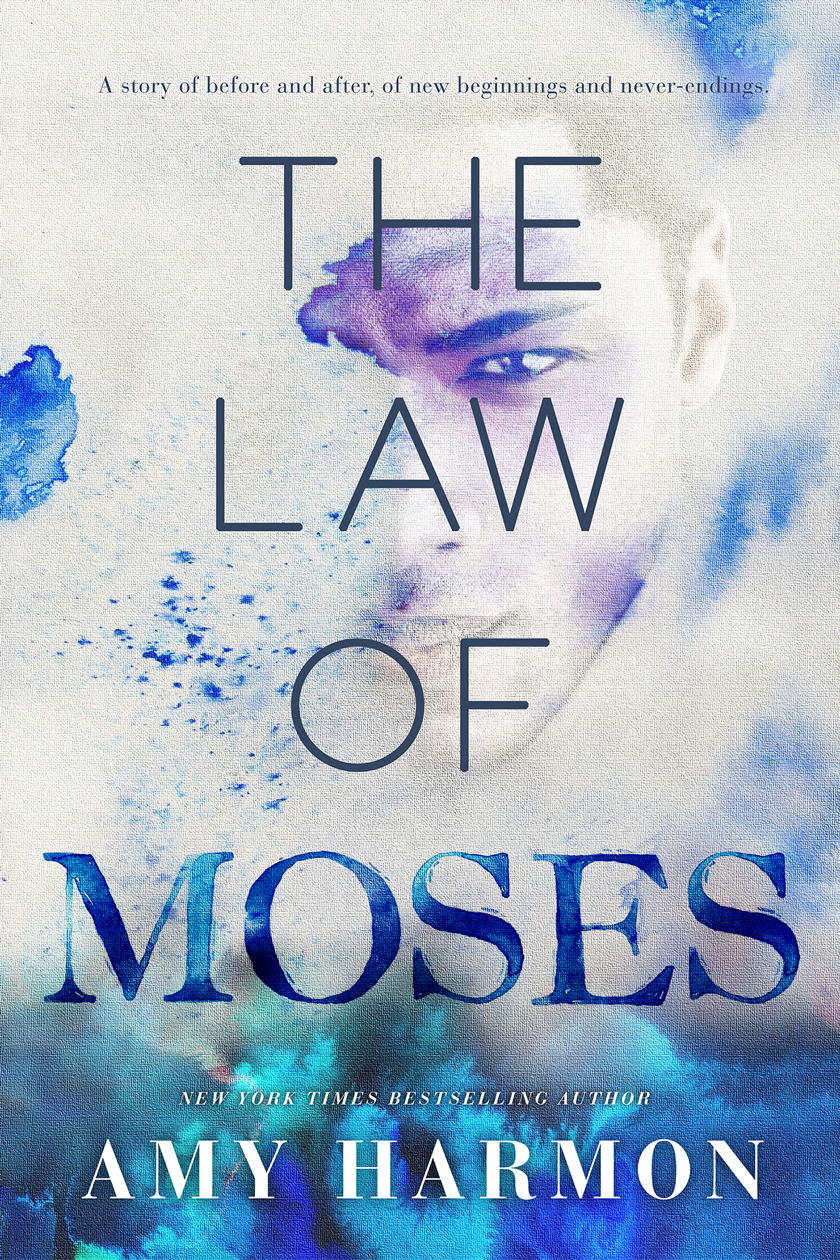 The look on his face had me dropping my hands and stepping away, recognizing the fury stamped all over his features for exactly what it was. I was in trouble. Georgia’s back was to her father, and when my hands dropped she stumbled a little, grabbing at me. I gently set her aside but I let her father come without protest or warning.

I didn’t even lift my hands. I could have. I could have easily dodged the clumsy fist that connected with my jaw, but I took it. Because I deserved it.

“Dad!” Georgia shoved herself up between us. “Dad! Don’t!”

He ignored her and stared into my eyes, his chest heaving, his mouth hard, his hand shaking as he pointed at me.

“Not again, Moses. We let you in. You ransacked the house. And worse, there were casualties. This isn’t happening again.”

He looked at Georgia then, and the look of disappointment he leveled at her was far worse than the anger he’d directed at me. “You’re a woman, Georgia. Not a child. You can’t act like this anymore.”

She deflated right before my eyes.

“You hit me all you want, Mr. Shepherd. I had that coming. But don’t talk to Georgia that way. Or I’ll kick your ass.”

“Moses!” Georgia’s eyes flashed, and her spine was straight again. Good. She could be angry at me. Anger was better than defeat.

“None of us are the same people we used to be, Mr. Shepherd. I was one of those casualties, too. And I didn’t get away with anything. Neither Georgia nor I got away with a damn thing. We’ve paid. And we’ll keep on paying.”

He turned in disgust, but I saw his lips tremble, and I felt bad for the man. I wouldn’t like me if I were him. But it was better that we air it out.

“I’m sorry, Mr. Shepherd. I am. And I hope someday you can forgive me.”

Georgia’s dad missed a step, stumbled, and stopped. There was something powerful about that word. 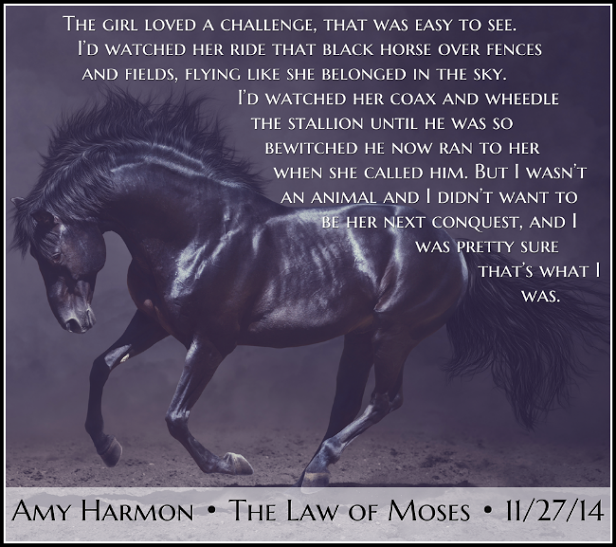 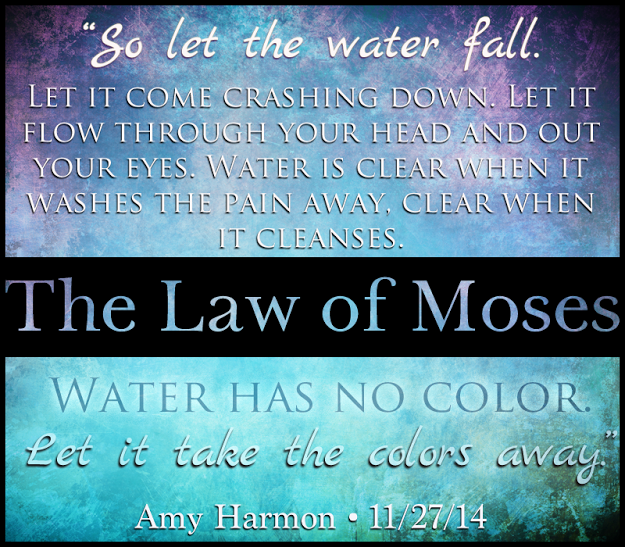 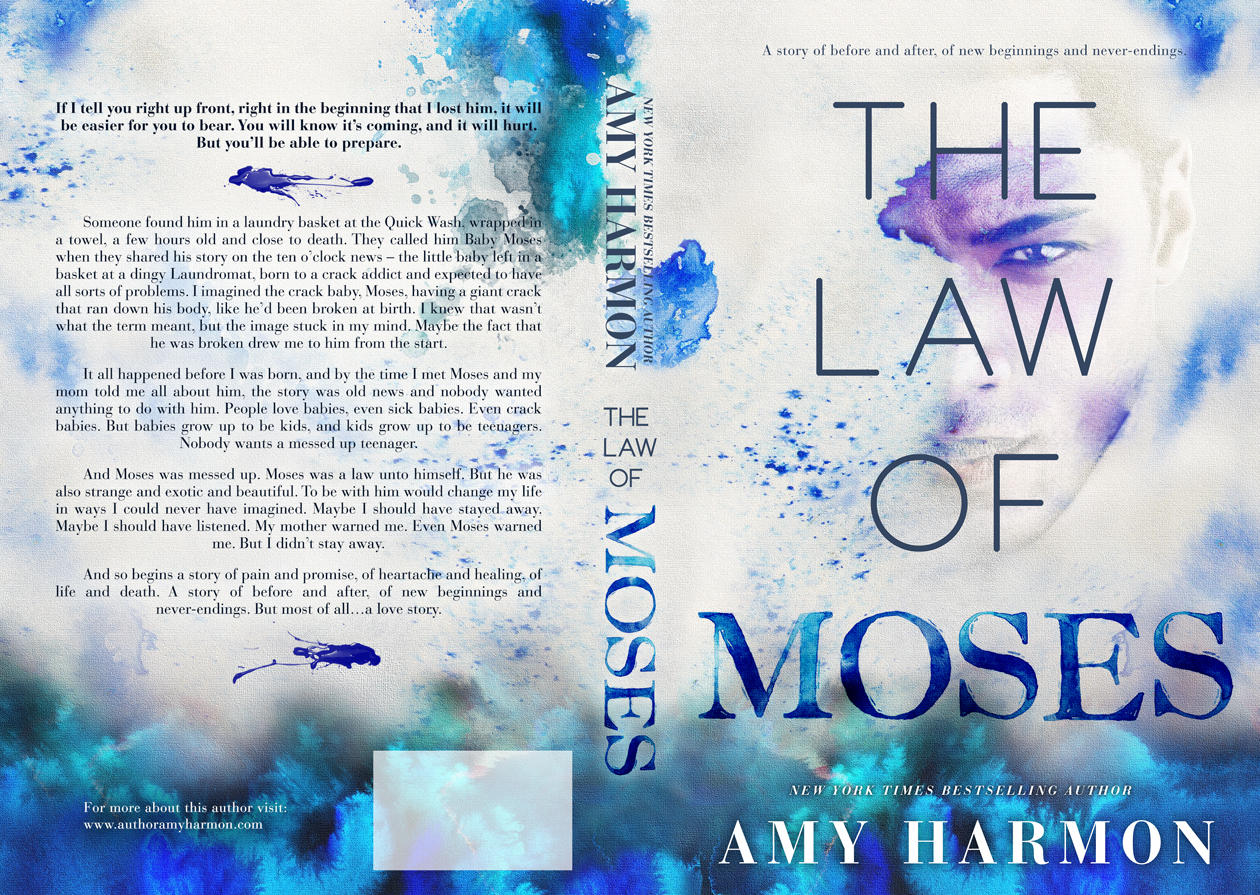 One response to “Cover Reveal & Giveaway: The Law of Moses by Amy Harmon”