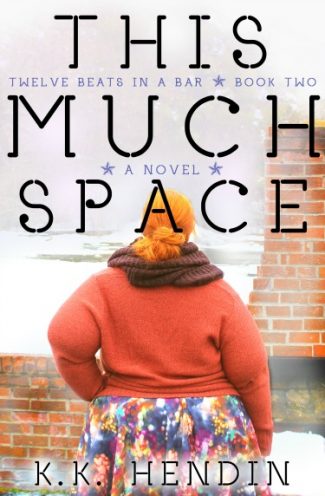 Olivia is Anna Wintour’s worst nightmare, and she doesn’t give a shit. She’s wanted to go into fashion design her whole life, and nothing is going to stop her fabulous plus sized self. Not even her boss from hell, or the fact that she’s the fat Cinderella of the most exclusive lingerie store in Bushwick, Ohio. She’s sworn off dating, because she is focused, dammit, and will not get distracted by anyone in college. She has shit to do and places to go, be it on her own with the clothing she makes, or with the girls in Twelve Beats In A Bar, the all-female a cappella group she’s part of.

Why do group projects always have to ruin everything?

Thierry Acosta has it all. Shortstop on Bushwick University’s baseball team, amazing grades in college, everything he could want. When he gets paired with Olivia for a group project, things are only getting better. And then his dad loses his job, and Thierry’s life falls apart. He can’t manage to get himself to practice, to class… anywhere. He’s got the scars on his wrists to prove that this has happened before, but he thought he was better. He thought he could deal with something like this. The cuts on his thighs say otherwise. 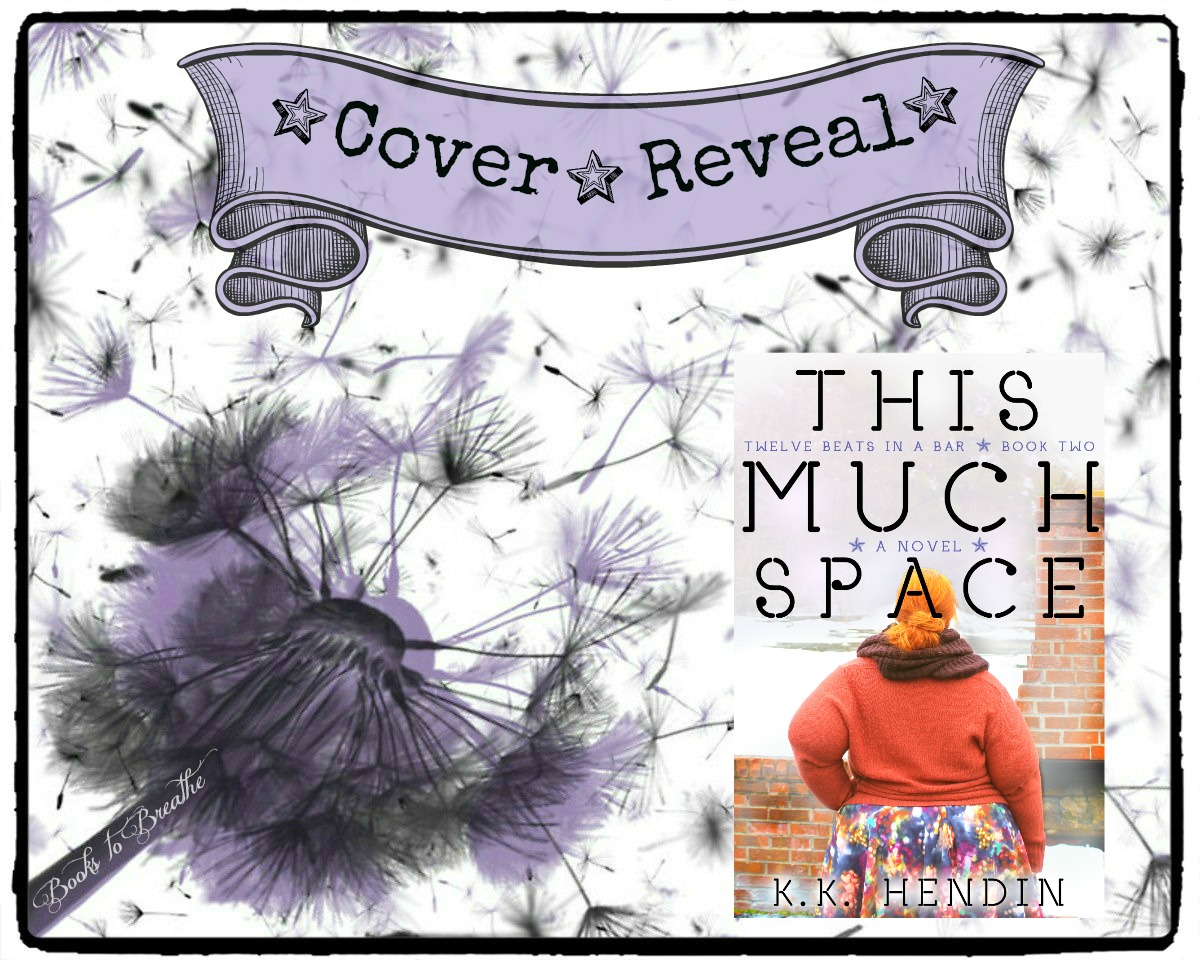 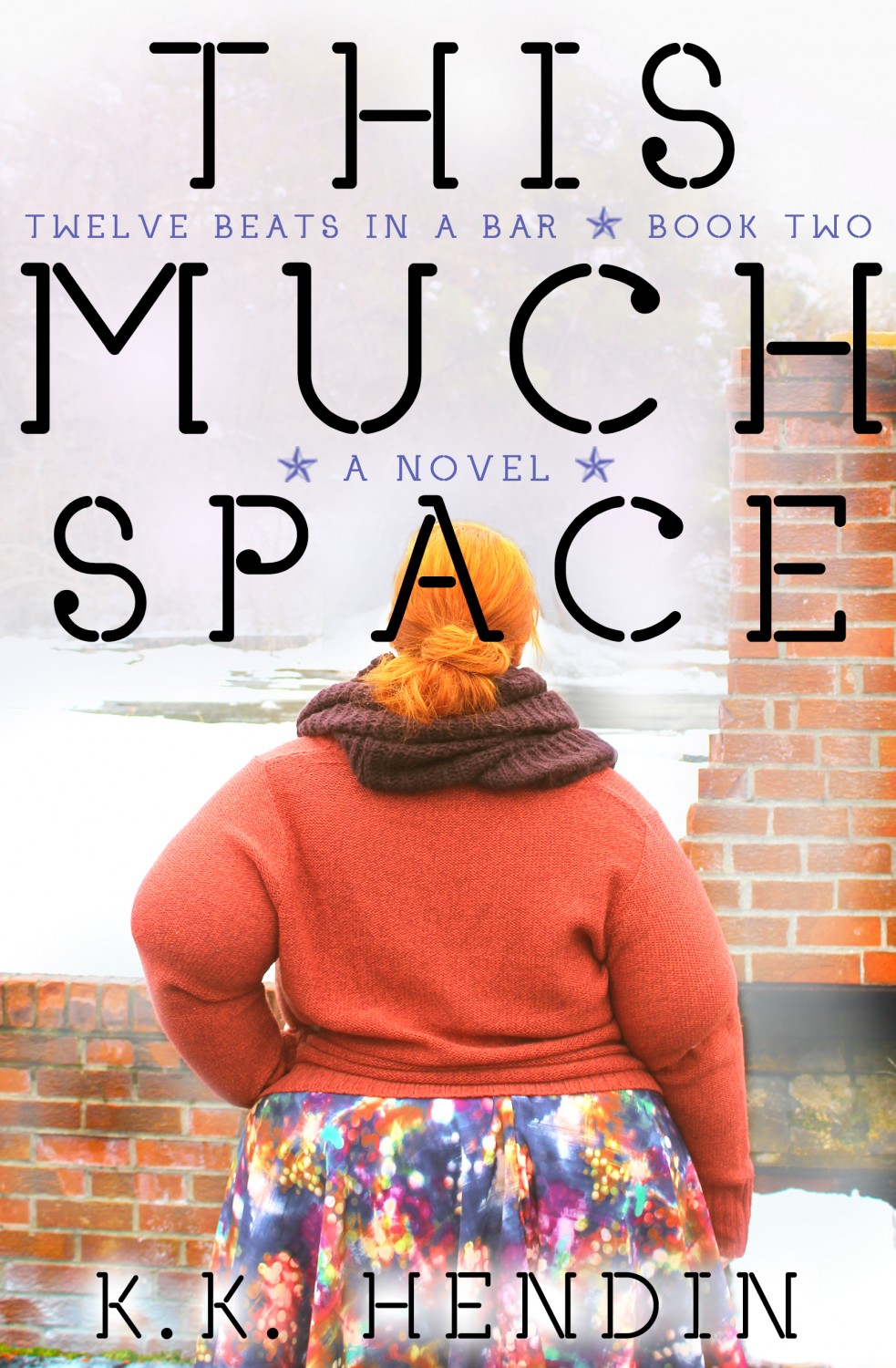 After spending hours and hours with my characters, and doing research about people going through the same situations as they are, I’m always left wanting to do something. Writing the book is a way to bring attention to different issues, but it never feels like enough for me.

While writing THIS MUCH SPACE, I spent a lot of time researching depression and self-harm, and while I will always and forever link to organizations that can help people struggling, and will offer whatever emotional support I can….I wanted to do more.

To Write Love on Her Arms is a non-profit movement dedicated to presenting hope and finding help for people struggling with depression, addiction, self-injury, and suicide. TWLOHA exists to encourage, inform, inspire, and invest directly into treatment and recovery. You can find out more about them at TWLOHA.com. I am thrilled to announce that for every Goodreads add of THIS MUCH SPACE, I will donate money to TWLOHA.

I hope that THIS MUCH SPACE will help you look at those who are suffering with compassion and love, and I’m so excited for you to meet Olivia and Thierry. 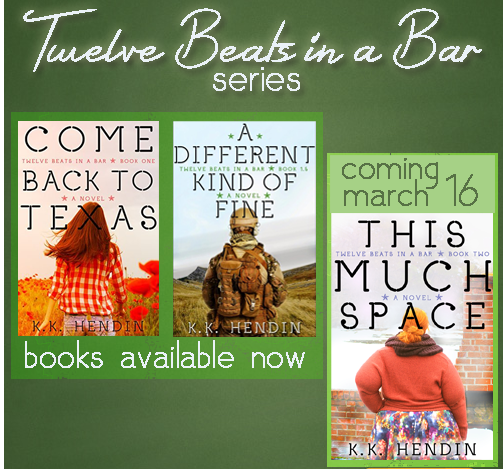 Come Back To Texas (Twelve Beats In A Bar #1) 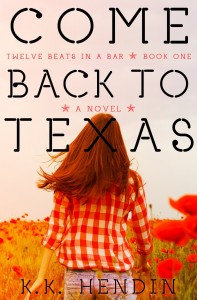 Everyone thought we’d be the ones who made it through high school. The ones who’d get married and stay married forever. The example of how young love can work.

We thought so, too.

Too bad life had other plans.

It’s been three years since Hayley and Nate broke each other’s hearts. Three years, and a lot has changed. Hayley’s a freshman in Bushwick University, and the only things keeping her sane are stress baking, and her a cappella group, Twelve Beats in a Bar.

Nate’s a Marine, stationed in Afghanistan. The only thing that’s keeping him sane is the last picture he has of him and Hayley, and the hope that maybe when the hell of deployment is over, he can find her again and apologize.

One explosion will change everything.

When a bomb kills all of Nate’s unit, leaving him missing a leg and eyesight in one eye, he’s sent back home to Texas. Texas, where he loved Hayley more than he could possibly imagine ever loving anyone else.

With seemingly endless amounts of free time and needing something to distract himself, Nate starts making YouTube videos, imploring Hayley to come back to him, and come back to Texas.

Hayley’s life is wrapped around the Beats, making sure she doesn’t flunk out of biology class, and babysitting Ohio’s smallest monster, Brandon. She doesn’t want to admit it, but she misses Nate more than anything.

It’s too bad she doesn’t know just how much he misses her, too… 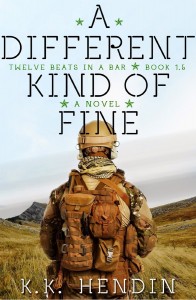 Happily Ever After is never as easy as it seems…

Hayley’s finally come back to Texas, and seeing her is everything Nate dreamed it would be. But three years apart means that everything has changed between them, and all the things that broke them up in high school have come back to haunt them.

Nate’s barely recovered from the explosion that lost his leg, part of his eyesight, and his entire squad. Being able to spend a week back in Leland was supposed to help him recover, yet all it has done is make everything worse. Everything still seems like a threat, nothing is safe, and Nate’s nightmares are only getting worse. His survivor’s guilt is crippling him, and ruining his relationship with Hayley. He loves her more than anything, but she deserves more than a broken man slowly losing his mind.

Being with Nate again is all Hayley’s wanted for the past three years. But reality isn’t exactly like her dreams. Nate’s fighting demons he brought home with him from Afghanistan, and Hayley’s scared that she’s not enough to help him fight them. When an unexpected ice storm and road trip stumble into their Christmas plans, Hayley and Nate are both forced to face their pasts and the unknown future.

It’s a love story that has spanned four years, over seven thousand miles, and countless YouTube videos, and it all boils down to a seven hour road trip.

KK Hendin’s real life ambition is to become a pink fluffy unicorn who dances with rainbows. But the schooling for that is all sorts of complicated, so until that gets sorted out, she’ll just write. Preferably things with angst and love. And things that require chocolate. She’s the author of the NA contemporaries HEART BREATHS and ONLY THE GOOD DIE YOUNG.

THIS MUCH SPACE is the second book in her new series, TWELVE BEATS IN A BAR.

KK spends way too much time on Twitter (where she can be found as @kkhendin), and rambles on occasion over at www.kkhendinwrites.blogspot.com.