Posted May 1, 2019 by bookstobreathe in Cover Reveal, Giveaway / 0 Comments 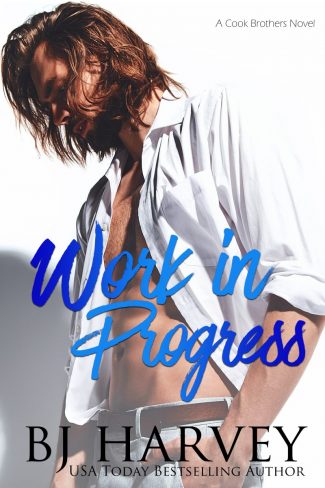 Work in Progress is book 1 in a new series from USA Today bestselling author BJ Harvey featuring the four Cook brothers who first appeared in Game Saver with their sister Abi. All books in the series will be standalones and can be read without any prior reading. 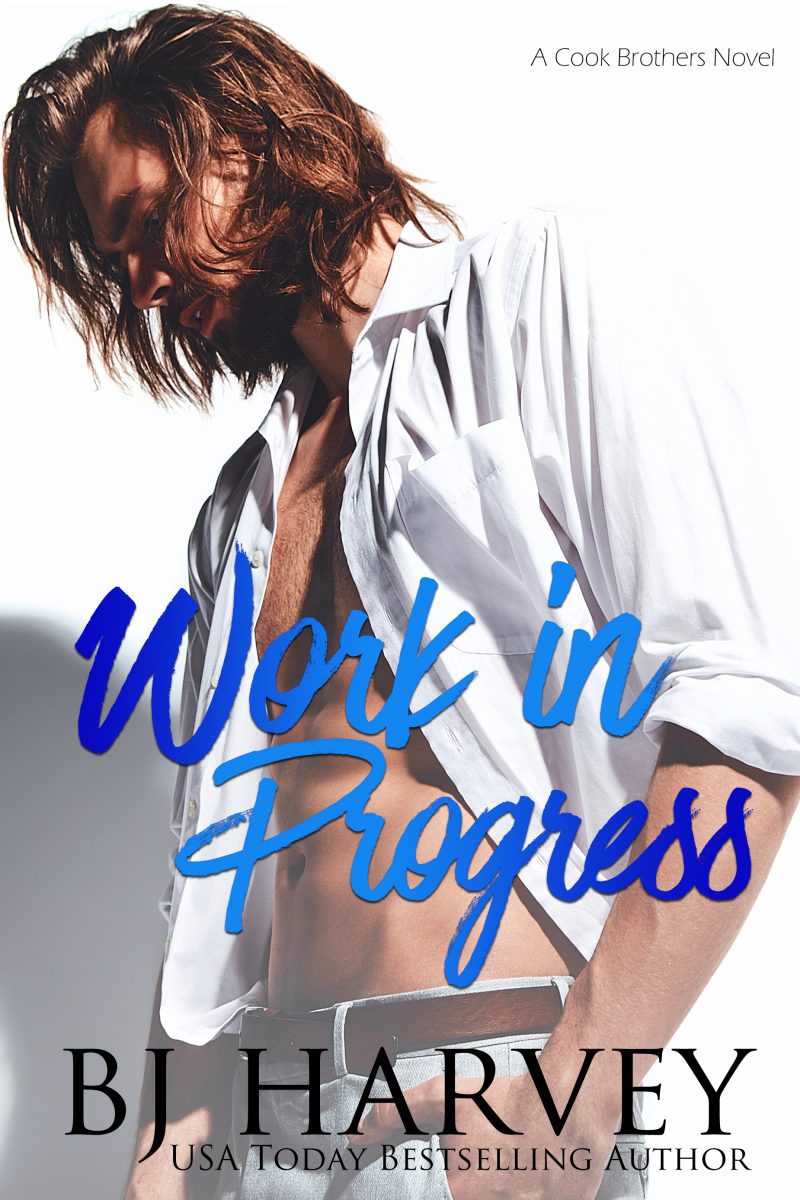 “What did I do to ever deserve you?” He rumbles the words and they vibrate against my skin.

I smile and pull back enough to meet his hooded gaze. “I guess I just have lower standards than you do.”

His eyes widen before he throws his head back and laughs, my attention riveted on the way his Adam’s apple moves, how his shoulders shake, and the huge grin curving his mouth when he looks back at me.

His lips twitch as he shakes his head. “I’m far from complaining. Punching above my weight means I get to be here with you.”

Inside, I’m swooning, but it’s far too soon to show my hand. Jamie has not put a single foot wrong since knocking on my door earlier tonight, and for a man who’s known for consistently riling me up for the sake of it, it’s a surprising development.

“Good to know. Would hate for you to get a complex,” I say. The longer we sit here staring at the each other, the more the atmosphere changes between us, morphing from flirty to fierce and threatening to scorch us where we sit. We’ve kissed—well, not swallow-each-other-whole kissed. But when Jamie kissed me on my doorstep last week, my aggravation toward the man transformed into something entirely unexpected. Something I hadn’t anticipated, and even sitting here on a first date with him, I’m still unsure as to what this is or what it has the potential to be.

Before I even have a chance to analyze anything, Jamie makes his move and in doing so, tells me without words exactly how he sees this going.

Crushing his chest to mine, he corners me against the plush red velvet seats of the booth we’re in. His hand comes between us to cup my jaw, tilting it up so we’re eye to eye.

With our gazes locked, my heart beats faster and faster. There’s a loud buzz in my head, blocking out everything except the two of us. In all my dating life—before and after my marriage—I’ve never felt such a powerful magnetic pull toward a man. Not with my high school sweetheart. Not with my ex-husband who was the man I thought I’d grow old with.

My at-first-aggravating, constantly antagonizing, and now completely contradictory neighbor is the one to knock me off my feet—figuratively—and throw all of my preconceived assumptions about him out the window.

He’s taken me from not wanting or needing a man to dragging me headfirst into an all-consuming lust that has me wading in uncharted—yet not entirely unwanted—waters.

Something in my expression must change because his head stops mid-descent, his brows bunched together. “April, what just happened?”

I blink and stare at him. How can he read me so freaking well?

“Your face just went from soft and sexy to dazed and a little confused” He pulls back, resting his hands on my shoulders and giving me a little reassuring squeeze. “Whatever I did or said, please tell me.”

I don’t make him suffer because if this is to ever work, we have to communicate. I need to be able to tell him how I’m feeling. It’s something my therapist has drummed into me for the past two years Patrick left. “Do you ever think this seems too…”

His gaze warms, and my belly flutters. What is this man doing to me? He finishes my sentence. “Too… good? Right? Completely crazy but undeniable?”

“Easy,” I whisper. His brows lift, before he relaxes, his eyes crinkling as his lips curve up.

“Easy is good,” he says, like we’re not having a rather unexpected—yet seemingly normal—come-to-Jesus moment.

“Uh-huh.” His smile widens. “And if I don’t fuck this up, after tonight, we’ll have new, thoroughly enjoyable ways to make up when we do fight. Or I annoy you. Or—“

“Maybe you should quit while you’re ahead.” 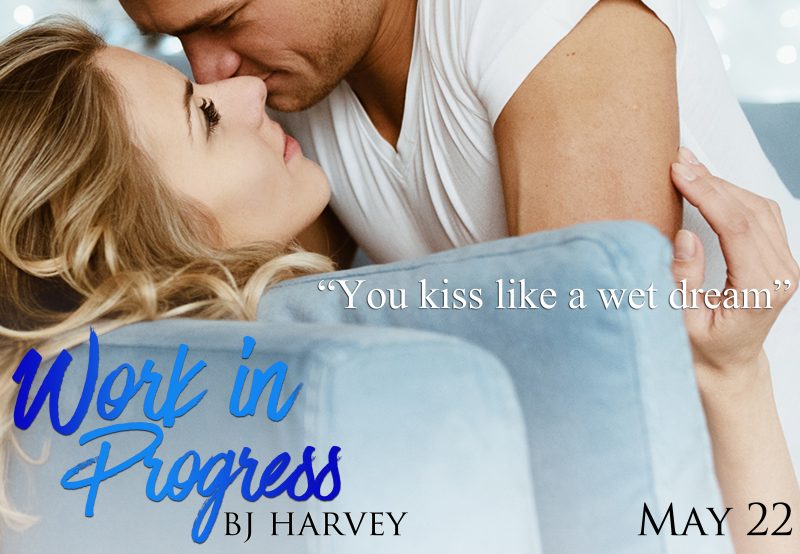