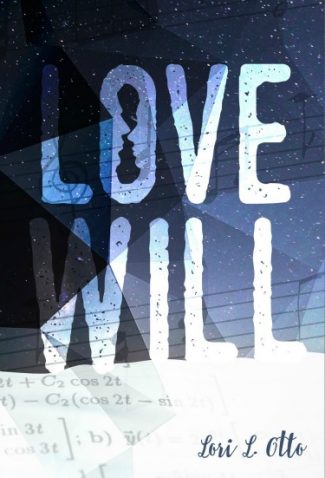 The brilliant mind of 24-year-old Will Rosser never rests. Literally. Scientifically-inclined and musically-gifted, he thinks in equations, hears songs in colors, dreams in geometric shapes and is forever trying to solve the world’s unsolvable problems. Whether he’s trying to escape his unpleasant childhood or forget the mistakes he perpetuates with women he barely knows, he rarely finds a moment’s peace.

When his best friend, Damon, invites him to go on tour as his lead guitarist, Will decides it’s a chance to get away from his bad habits in New York and to make some changes in his life. He’ll have to walk away from a career few people are suited for, but he knows in his heart he’ll return to his work as an astrophysicist once he gets his life on track.

There are parents to forgive or forget, and for Will, they’re decisions he won’t take lightly. He strives to make his siblings proud; to no longer have them make excuses for him. He has to consider his personal life. The only time he ever allowed himself to love a girl, she broke his heart, the pieces splintering around him as he flew across country from Utah to New York when he was just a teenager.

Most of all, though, Will wants peace of mind–something he’s never had–and he knows the only way to get that is to face his painful past.

For Will, a tour across the States allows him to reconstruct the man he’s known he’s capable of being. He comes face-to-face with his own demons, making choices along the way that threaten some relationships and strengthen others. He meets Shea, a woman that challenges him, and a spark ignites on a blustery, winter night.

Just as Will thinks he’s safe to fall in love again, he’s reminded that his past will always be his past, and no matter how distant, it will follow him wherever he goes. When that past threatens his future, Will’s sleepless nights return, and the woman he has fallen for has to decide where in his life she belongs. 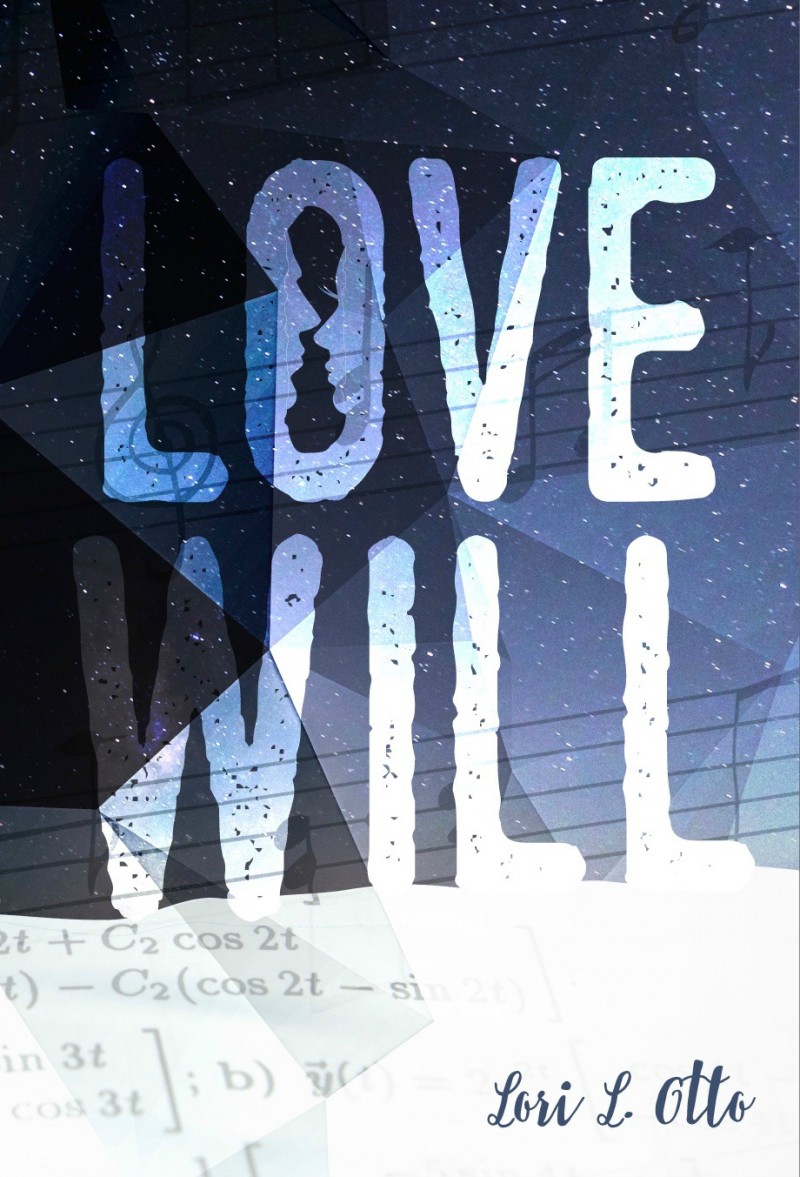 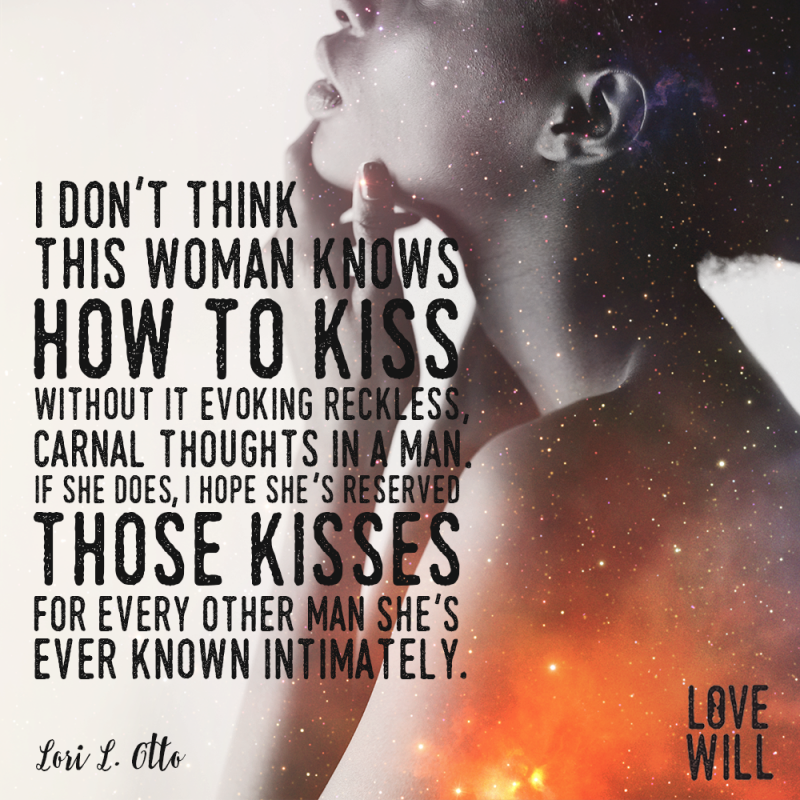 On my way back to the hotel, I see Damon eating alone in a burger joint. “Mind if I join you?”

“Not at all. If you haven’t eaten, you should get the Baby Bella. Oh, my God.”

“That’s what you’re eating?” He nods. A waitress arrives within seconds, and I point to his burger to show her it’s what I want. “And a Coke, please.” I catch myself watching her as she walks away. I can’t deny that she’s attractive. In hopes of getting my mind off her, I glance around at the other patrons. “Is it me, or does this place make you want to grow a full beard and become a mountain man?”

“These river trips and shit? We need to come back and do that sometime.”

“When the beards come in,” he says with a mouthful of food.

“Tavo’s playing pool at this cowboy bar. It has saddles for barstools. I’m not shittin’ you.”

“Pool, huh? Could I make some money?”

“You gonna go hustle? Some scrawny city boy in that place? Mountain men, Will. We just talked about that.”

“They don’t scare me. And whatever, I’m not scrawny.” I puff out my chest just to make my point… but I’m not.

“Compared to Wooly Mammoth over there, and his sidekick, Big Bad John?” He nods to two guys in plaid flannel shirts walking down the street as if they’ve just dismounted a couple of bulls. “Pretty sure they had an axe to grind with you before you even walked in just because of your damned Yankees cap.”

“Fuck you and fuck your Mets.” He laughs at me as the waitress sets down a soda for me.

“You’re not scrawny,” she says softly to me, poking her head in between us.

“You’re welcome.” She flutters her lashes at me, smiling.

Damon’s staring at me when my eyes meet his. “What?”

“Oh, shut the fuck up. I was not.” He raises his brows. “Jesus Christ, I’m not sure if you’re aware of this, but the hormones don’t just stop flowing when you meet a woman you like.”

“A hundred bucks says she gives you her number… and you’ve got your own room here for one more night. This has ethical dilemma written all over it.”

“It does not! And I’m not taking that bet. I’m saving my money.”

He chuckles. “You know she’s giving you her digits.”

“Not my type. She has no meat on her bones whatsoever. I have to have something to hold on to.”

“You’re saying if she came on to you, you’d turn her down?” I ask him point blank.

He thinks for just a split second. “No.”

“Dipshit. Hey, you didn’t mention Peron… what’s he up to?”

“He was in the fitness center.”

“I might have a running buddy?” I ask, over-dramatically.

“Here’s your burger.” Our waitress takes a seat on the empty stool next to Damon.

I grin as I take a bite of my food, now wishing I’d taken the bet. It would have been a quicker and easier way to make money than a round of pool. Nah, I like a little bit of a challenge.

“I hear you like to have a little fun,” she flirts.

He clears his throat before answering. “My favorite of all the ways.”

“So stupid,” I whisper under my breath, earning an elbow in my side.

“What about him?” she asks, nodding at me. I shake my head politely.

“I think he might want to know who the third party was.”

“I wanted to see if you two wanted to have a three-way with me.”

“Oh, God, no,” Damon says even before the laughter escapes my lips. “No, see… it’s not like that with us. No. We’ve known each other for too long.”

“Eight years. And neither of us are, uh… curious at all, in that aspect. Sorry. I’ve already seen more of Damon than I ever want to.”

“You wouldn’t have to do anything with each other… just, you know… watch… and maybe touch.”

We both start laughing as our waitress gets up, clearly embarrassed. “Look, I’m flattered,” I tell her. “We–we–are flattered. It’s just not something we’re into.”

She nods, smiles, and returns to us. “Well, I get off at nine, if either one of you are interested in a little solo action…”

“I’ll be here at five after,” Damon says quickly. “And if you have a girl friend you want to bring…”

I glare at him, then start shaking my head vehemently. “Not for me. That’s all you guys. Or maybe Tavo. Or Peron. Or anyone other than me.”

“I might need one of these alcoholic shakes to get this image out of my head,” I joke with him.

“Might I suggest the Mudslide?” he asks. “Dark chocolate oozing with sweet, vanilla custard.”

“Awww, fuck,” I say, throwing down my burger on my plate. “You’re the absolute worst.” He can’t stop laughing, and eventually I join in with him, now thinking about how ludicrous her invitation was. When I can talk, I finally pose a question to him. “Do we look like we swing both ways?”

“Compared to…” He gestures to the abundance of mountain men around us.

“Yeah, we’re not coming back until we get the facial hair thing figured out.”

“Mine grows fast!” I argue, feeling the stubble on my chin.

“Your mustache takes awhile, though. The beard’s good, but there’s something weird about part of your upper lip.”

“It’s a scar, you idiot. It’s never gonna grow right.” I drag my finger over the line on my lip that I can barely even feel anymore.

“I don’t think mountain men will take points off for a scar. Girls even like it. You just have to be perfectly coiffed. Can’t have a single imperfection… spend more on beauty products than any woman I know.”

“But feel my skin.” He picks up my hand.

“No!” I pull my hand back into my body, chuckling again. “We do look like we swing both ways. It’s your fault, too.”

He puts his arm across my shoulders and plants a kiss on my cheek.

“We’re so getting beat up as soon as we walk out of this place…” I mutter.

“We’re both too pretty.” 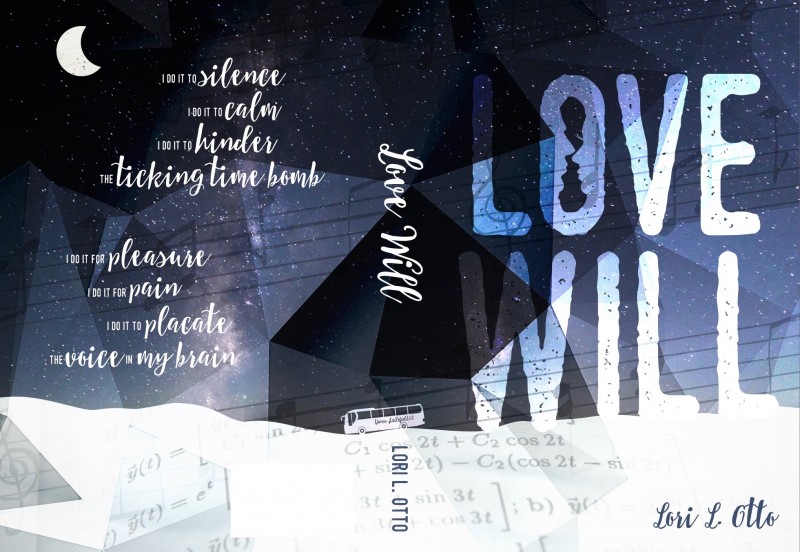 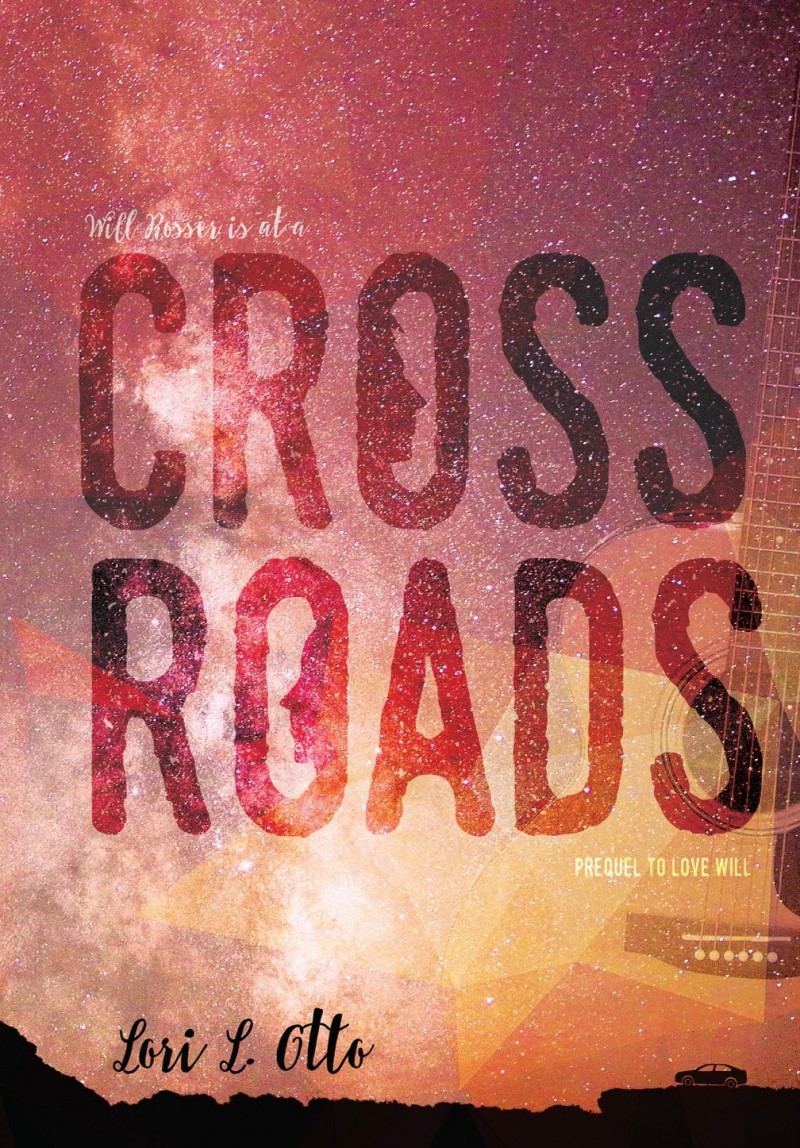 Will Rosser is no Jon Scott. 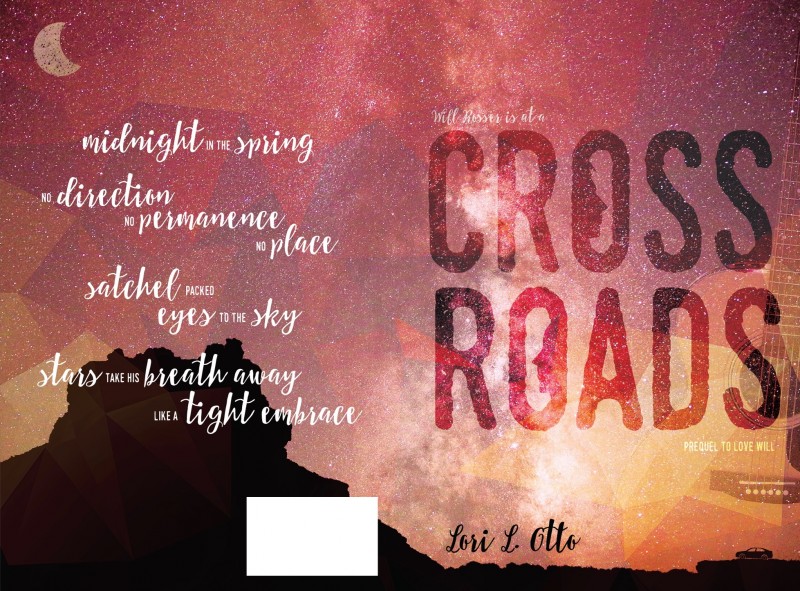 After an exhilarating, collaborative writing project, Lori L. Otto had an idea for an original novel. The characters and their rich stories would keep her awake at night, and even with barely any sleep, she felt more alert and alive than she had in years. Her days off were spent in cafés, sandwich shops and bookstores, feverishly trying to get all of the details out of her head and onto paper.

In the spring of 2009, after a few months of writing, Lori decided to tweak one chapter from the novel-in-progress and enter it as a short story in the 78th Annual Writer’s Digest Writing Competition, where she was awarded Honorable Mention in the Mainstream/Literary Short Story category.

A year later, she completed a series of three novels–Lost and Found, Time Stands Still, and Never Look Back–which were published in the spring of 2011. Since then, she has published seven more full-length novels and two novellas, as well as a book of extras and short stories. Her current work-in-progress, Love Will, is scheduled to be released in April of 2016.