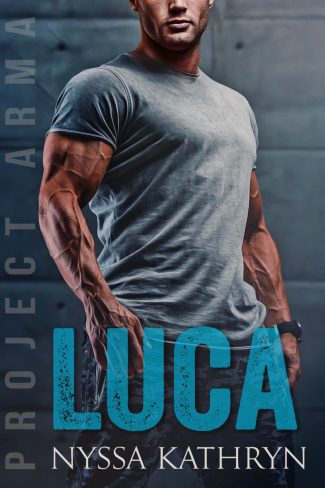 Former Navy SEAL, Luca Kirwin, is both well trained and deadly. Recruited into a non-government sanctioned project, he was turned into a weapon. Now, with the help of his team, Luca must find every last soul who was responsible for the project and make them pay. When a new neighbor with alluring green eyes moves in next door, his instincts tell him to trust her - but could she be one of the enemies they’re searching for?

Evie Scott can’t afford a relationship. She was in a one once and it almost killed her. Running and hiding has become her normal. But when her new neighbor gives her a job in the small town of Marble Falls, avoiding him becomes almost impossible. While protecting her secrets, Evie begins to suspect Luca has his own. Can he protect her from her past or will it destroy them both? 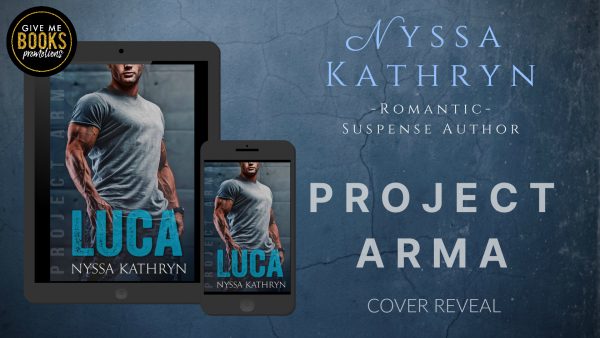 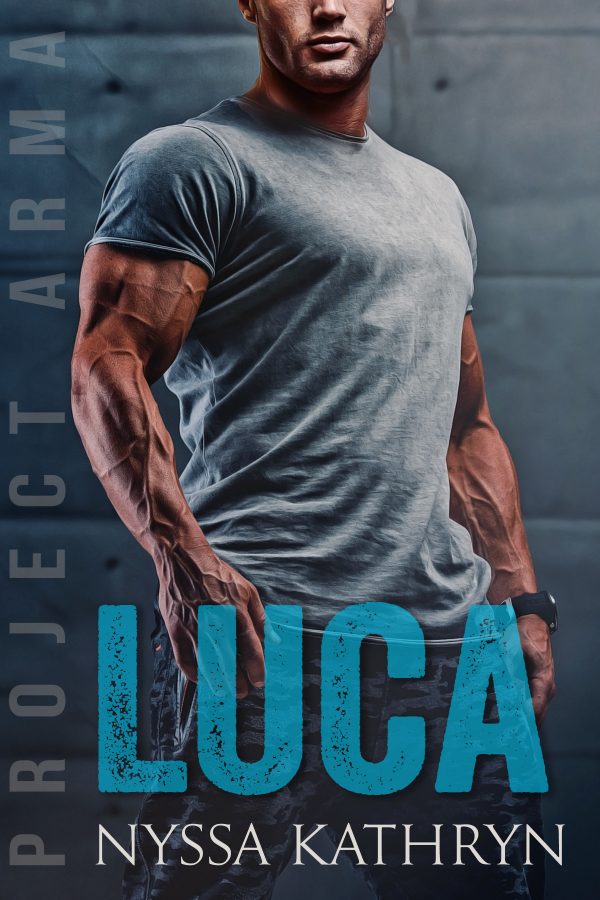 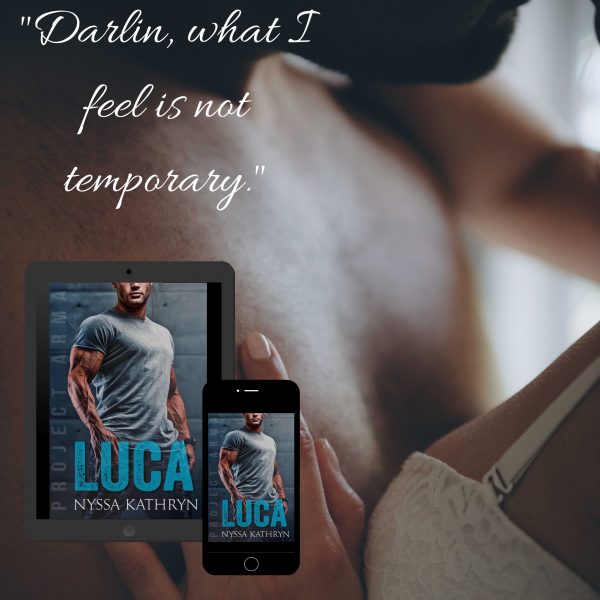 “Tell me something about you, Evie.” Evie’s gaze darted to Luca, then away. She chewed her bottom lip, seemingly contemplating whether to tell him something or not.

“I like computers.” Luca’s brows shot up. It wasn’t a surprise, he’d suspected as much, but he thought she’d share something trivial, like a favorite color.

“Makes sense. You learned how to use the online system at work pretty quickly.” Evie’s eyes dropped to her feet at the compliment, but Luca saw a hint of a smile on her lips. “What do you spend most of your time doing on computers?”

Evie shrugged, looking uncomfortable for a moment. “Not much. Just some gaming and things.”

Lie. Evie had just told Luca a lie. He could tell by her pupils dilating, her gaze darting away. There had also been a slight hitch in her heart rate. Why would she lie about that?

“Ever thought about studying IT?” Luca pushed.

There was another pause before Evie’s gaze dropped, and she continued, “No. I, uh… it hadn’t really crossed my mind.”

As Evie took another step, her foot caught on something, and Luca could see she was going to tumble down. Catching her arm with his lightning reflexes, Luca held her body against his. Her skin was warm to touch where her shirt had risen slightly.

When Evie glanced up. Luca could smell vanilla and strawberries on her. She was all soft and delicate, where he was hard and not delicate. He had to fight the urge to pull her head up and press his lips to hers.

It was a statement, but Luca still needed a yes. Evie looked taken aback. Luca was a bit too. He hadn’t anticipated those words to leave his mouth, but now that they had, they felt right. Knowing what kind of response he was going to receive before she spoke the words, Luca patiently waited to rebut.

Wishing she would expand, he was disappointed when only silence followed.

Not willing to give up so easily, Luca lowered his head and placed his lips next to her ear.

He felt the shiver run up her spine. Evie’s head turned, and her lips were a mere few centimeters from his. Her warm breath touched his lips. If he just lowered his head a fraction, they would be touching.

The indecision was clear to see in her eyes, but beneath that, he could see the desire. It was almost a desperate yearning to say yes. Deciding he didn’t want to play fair, Luca pulled Evie closer. She wanted him as much as he wanted her.

“Say yes,” Luca started a gentle stroke on the inside of the wrist as he whispered the words into her ear. “Please.”

Trailing his mouth down her neck, his lips never touched her, but the promise was there. 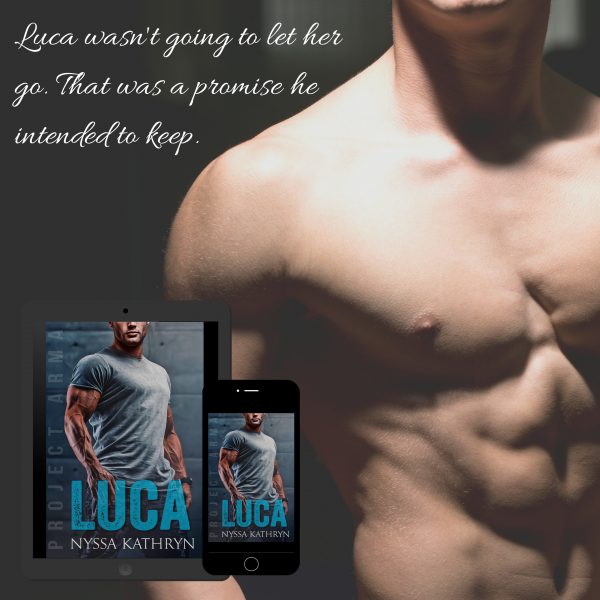 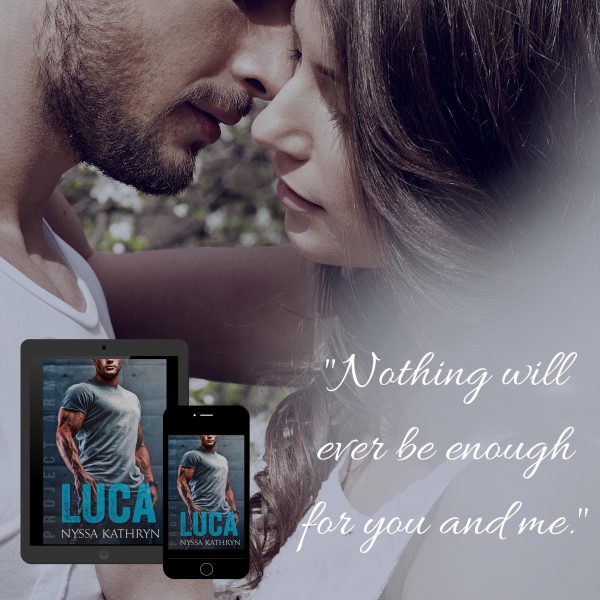 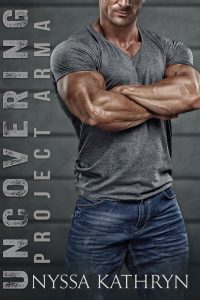 Is Project Arma the next step in protecting our armed forces or is it a cover up for something much more deadly?

Eden Cole lives and breathes his job as a Navy SEAL. When his team participate in a Government funded program, Project Arma, he expects the improved physical performance they promise. What he doesn’t expect is Shylah Kemp, the pretty nurse who captures his attention. As they grow closer, Eden soon starts to suspect she’s hiding something.

Working at Project Arma is Shylah Kemp’s dream job. Hundreds of miles away from her suffocating family while surrounded by sexy Navy SEALs? Win win. Even better, hunky Eden Cole’s interest in her seems genuine. But her fairy tale is short lived when she accidentally eavesdrops a conversation that makes her question Project Arma’s true motives.

Time is running out for Eden, can Shylah uncover the truth behind the project before it’s too late? 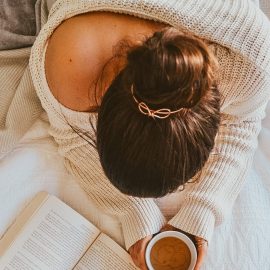 Nyssa Kathryn is a romantic suspense author. She lives in South Australia with her daughter and hubby and takes every chance she can to be plotting and writing. With a background in teaching, Nyssa finds that she can let her mind wonder in the writing world. Always being one to read and write when she should have been working, Nyssa decided to take the leap and make writing her career.

Nyssa has always been an avid reader of romance novels. As a teenager she would lose herself in Young Adult and Contemporary Romances. As she got older her interest moved onto the romantic suspense genre. It was from here that she started dabbling in writing. Nyssa wrote her first novel in 2017 but didn’t start publishing her work until three years later. Working in the industry has solidified Nyssa’s love for all things romance.