Posted May 2, 2014 by bookstobreathe in Cover Reveal / 0 Comments

Fall in lust with this steamy box set, brought to you by 10 of todays Bestselling Australian authors.

Lust will only be available for a strictly limited time! It releases on May 12th. 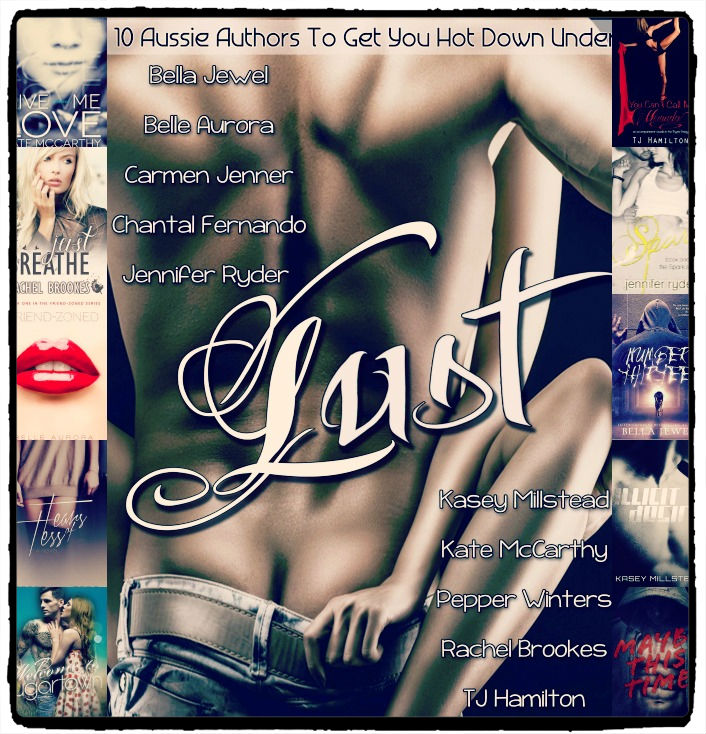 We’re thirteen girls, captive, slave to our master. A master we’ve never seen.Obedience will become all we know in our shallow existence. It is the only emotion we’re permitted to feel.When we’re bad, we’re punished. When we’re good, we’re rewarded. Our scars run deep. Yet we survive, because we have to… because HE teaches us to.All of us are special, we feel it with everything we are.He has us for a reason, but it’s a reason we don’t know.We’ve never seen his face, but we know that something deeply broken lies beneath the darkness. With every touch, with every punishment, we know it. Then something changed. He showed me who he truly is.Now I want him.I’ll go against everything I know to be with him. A monster. My monster. Loving him is a sin, but a sinner I am. I won’t stop until I see every part of him. Even the parts he keeps locked deep down inside. I am Number Thirteen, and this is my story.

Nikolai Leokov never thought he’d fall in love with the only girl he’s ever befriended. Valentina Tomic has issues with commitment after the ultimate betrayal. When Tina decides to make broody Nik’s day better, she never thought she would end up friends with the hard man. Nik has never had a woman be so affectionate to him without expecting something in return. Nik and Tina cordially invite you to read Friend-zoned. A story of friendship, humour and love.

Ana Belle never wanted anything more than to hang up her apron, jump on her Vespa and ride off into the sunset, leaving Sugartown in the dust.Elijah Cade never wanted anything more than a hot meal, a side of hot arse and a soft place to lay his head at night where he could forget about his past.But you know what they say about wanting: you always want what you can’t have.Nineteen year-old virgin Ana is about to discover that’s not quite true because a six foot three, hotter than hell, tattooed, Aussie sex god just rode into town. He’s had a taste of her pie and he wants more– no really, Ana bakes pies for a living, get your mind out of the gutter.She’d be willing to hand over everything tied up in a big red bow, there’s just one problem; Elijah has secrets dirtier than last week’s underwear. Secrets that won’t just break Ana’s heart, but put her life at risk, too. When those secrets come to light, their relationship is pushed to breaking point.Add to that a psychotic nympho best friend, an overbearing father, a cuter than humanly possible kid brother, a wanton womanizing cousin, the ex from hell, and more pies than you could poke a … err … stick … at.And you thought small towns were boring.Welcome to Sugartown.

Beau Diesel…He was my “one”. My one that I would sacrifice everything for. My one that I wanted to be with until I took my final breath. My one that completed me.I wanted him. I needed him. But he was off limits. I knew this, but the risk of consequences didn’t outweigh the depth of my desire.So, I fought for our love.But, I wasn’t Beau’s “one”.So, he fought against our love.He fought so hard, eventually I had to give up. I had to admit defeat.But, that’s the thing about love – when you’re down and out, true love wins. It prevails…and it raises you up.

Tears of Tess (Monsters in the Dark, #1)  by  Pepper Winters

A New Adult Dark Contemporary Romance, not suitable for people sensitive to grief, slavery, and nonconsensual sex. A story about finding love in the strangest of places, a will of iron that grows from necessity, and forgiveness that may not be enough.“My life was complete. Happy, content, everything neat and perfect.
Then it all changed.
I was sold.”Tess Snow has everything she ever wanted: one more semester before a career in property development, a loving boyfriend, and a future dazzling bright with possibility. For their two year anniversary, Brax surprises Tess with a romantic trip to Mexico. Sandy beaches, delicious cocktails, and soul-connecting sex set the mood for a wonderful holiday. With a full heart, and looking forward to a passion filled week, Tess is on top of the world.But lusty paradise is shattered.Kidnapped. Drugged. Stolen. Tess is forced into a world full of darkness and terror. Captive and alone with no savior, no lover, no faith, no future, Tess evolves from terrified girl to fierce fighter. But no matter her strength, it can’t save her from the horror of being sold.Can Brax find Tess before she’s broken and ruined, or will Tess’s new owner change her life forever?

For Savannah Rae, living life without her parents was unimaginable. But being blamed for her first love’s suicide? That destroyed every part of who she was. Gone were the days of innocence, happiness, and dreams. Now her days simply meant attempting to survive. In her mind, her only means for that was replacing her grief with men, booze and the fast life. And for five years, it worked.When an opportunity to leave the nightmares of her past in Australia opens up, she takes it. Los Angeles beckons – with hopes of late nights, new beginnings, and the promise of a string of endless men to distract her, she can’t wait to dive in.One thing she didn’t count on was meeting her match.In the eyes of outsiders, Tate Connors has it all; the ultimate LA bachelor who is content with his lifestyle of wild nights, women and one night stands. He’s Mr. Unpredictable with looks that could destroy any woman with one glance.The craziness of Los Angeles throws them into the chaotic path of each other. Savannah becomes the perfect game, and Tate becomes the ultimate prey. Lines are crossed, emotions are smashed, and the idea of who they truly are begins to be tangled.However, one thing will become clear.They are more alike than either one could ever have imagined.

You Can Call Me Miranda  by  T.J. Hamilton

I was born to dance. I may have even become the best ballerina this country has ever seen. But when you have no one to guide you as a young person, you become very lost. I craved love and attention, and I found it in men.I’ve always had a certain allure that draws men to me. I worked that out at a very young age. At first it was fun teasing them, then a thrill … then it was just easy. Men were just too easy.I loved the way they looked at me when I danced for them, the way they stared at my body. I danced for men who paid to watch. Then he found me. I was the next desperate girl, ripe for the picking. If only I knew what I was being picked for.This is my story. This is how I lost the girl I once was. Now, you can call me Miranda.

Moving in with my half-brother Xander, I had no idea what to expect. But nothing could have prepared me for this. My brother’s friends are wild, protective, secretive, always around. And drop dead gorgeous. Out of all of them, there’s something about Reid Knox. Brooding, temperamental, guarded… And I want him more than anything I have ever wanted in my life. 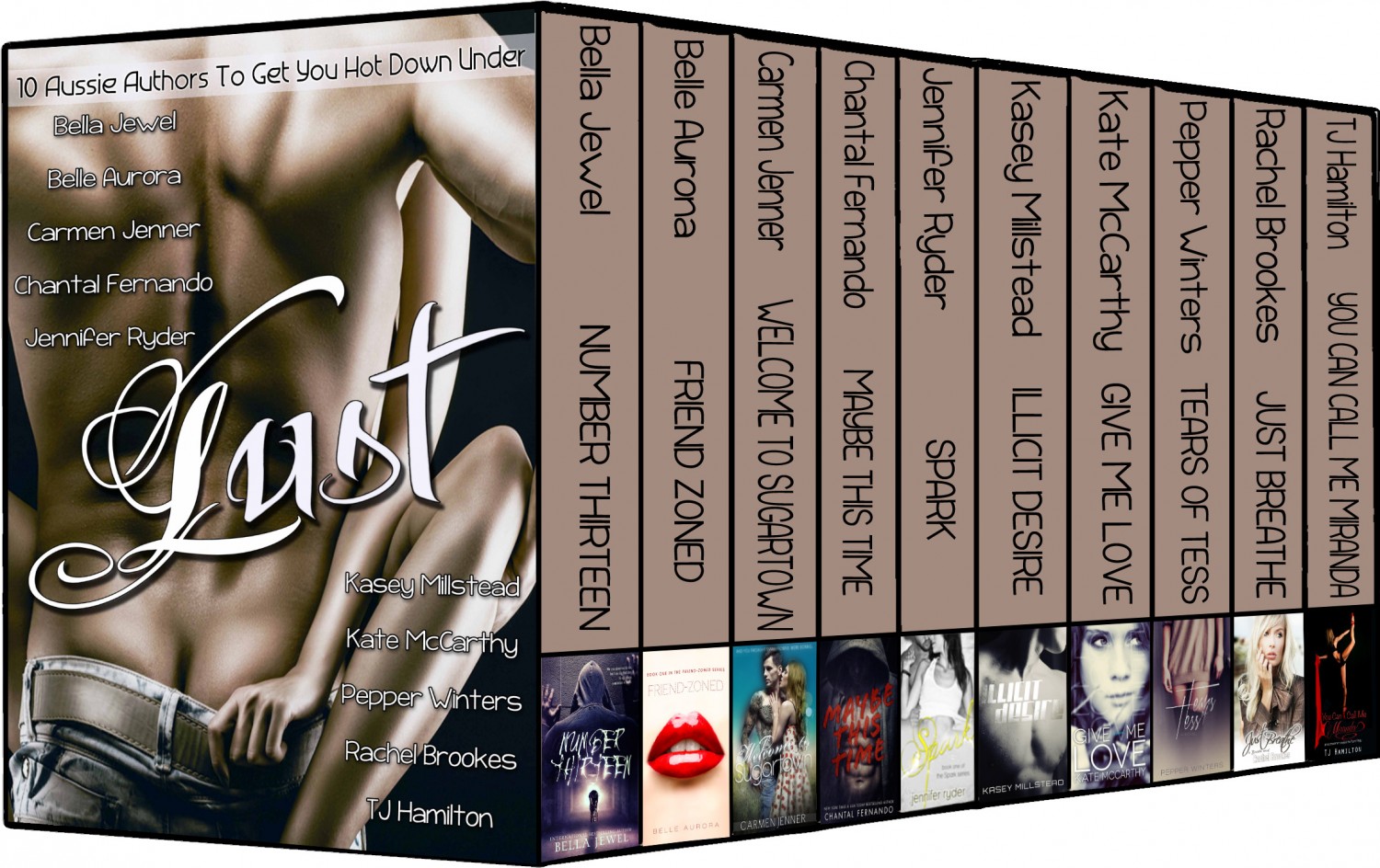 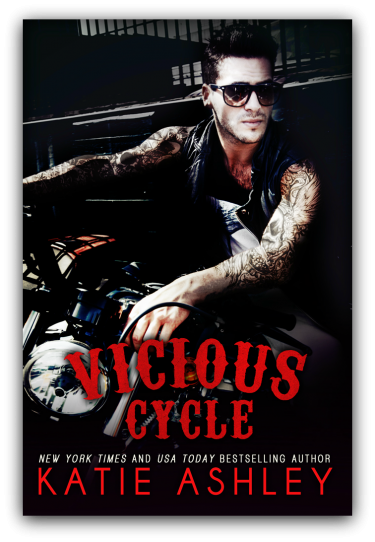