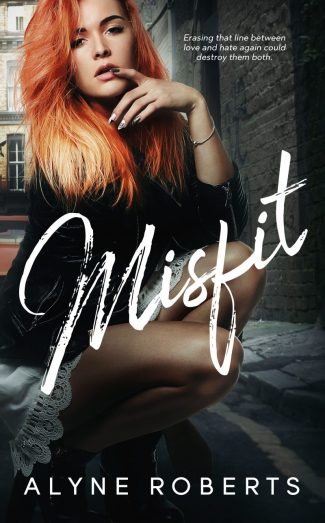 September Evans was used to being an outsider after being bounced around foster homes. No one seemed to resent her more than her new foster brother, Keaton Grayson. He hated the new girl intruding on his life.

Until he didn't. Fights became foreplay and anger became lust. The line between their love/hate relationship started to blur until it disappeared completely and ended in heartbreak.

Getting close to Keaton was September's biggest mistake. One that comes back to haunt her four years later, when the stakes are higher than ever. The two are going to have to work together on something dangerous and wrong but done for the right reasons. The chemistry and attraction are still there, buried under resentment and blame.

Keaton still wants September gone, or maybe he just wants her. September can't forget her past with Keaton, but she can't let him ruin her future either.

Erasing that line between love and hate again could destroy them both. 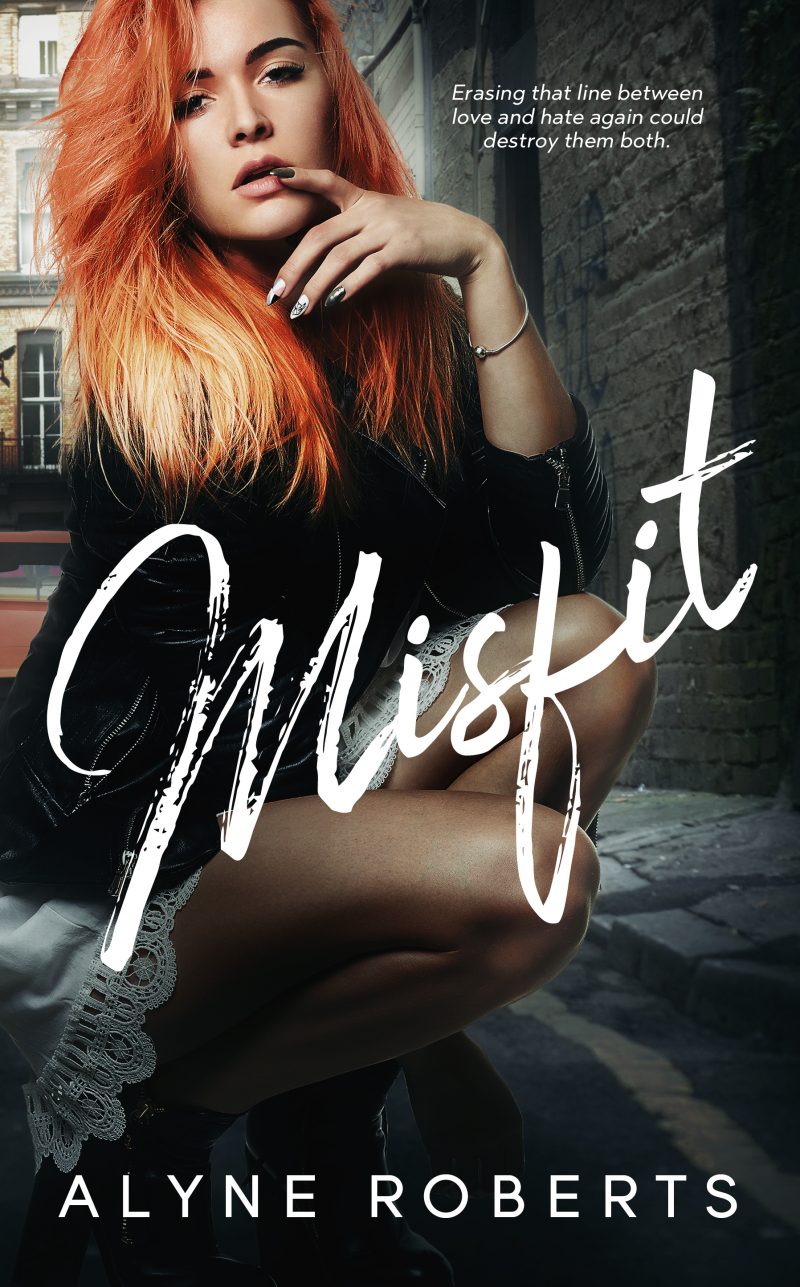 I stare up at the warehouse and then back down at my phone. Gray’s Auto. I have the address right but the place looks vacant. There’s a closed sign in the window and a few cars in the parking lot. I knock on the big metal door, but no one answers. By the time the sun sets, I am out of patience.

“Sure, come on over at nine. Not a problem at all,” I mutter to myself as I pick one of the three locks. They are heavy duty locks, not easy to pick but after a few more cuss words and promises to kill Rhys, I get in.

“Make yourself at home, Nine,” I say to myself as I walk up the stairs and step into a large loft.

The huge living space is lined with windows that overlook the river that runs along the side of the building. A couch and a flat screen TV sit in the center of the room. I spot the kitchen in the back and head for it. I need a shot but a beer will have to do. I pop the top and hop up on the counter to wait.

I’m on my second beer when I hear a car pull up. Footsteps echo up the hall before the lights flick on and I’m met with a grinning Rhys. It’s rare to get a smile from him so I don’t waste a beat before I jump down and into his waiting arms. His hug is like home as I’m wrapped up with one of the few people in this world I can trust.

When I look over his shoulder, my eyes lock on dark eyes I know too well. That familiar anger and hate are there, glaring back at me. I’m hit in the gut with every memory I have been trying

to block out since I left home 4 years ago.

My name rolls off his tongue with ease, like it always had. It was always September. He was the only other person that called me that other than my mom. Not Ember like I asked him to call me hundreds of times. Not Nine or Sept.

His voice is deeper with more grit. He looks different than the teenager I left standing on that porch 4 years ago. His chest is wider, filled out with muscles underneath a tight t-shirt. Tattoos peak out from under his sleeves, covering his hands and climbing out from his collar up his neck. There’s light stubble on his face that I’ve never seen before. If I thought I couldn’t resist him when I was 17 and stupid, I don’t stand a chance at 22 and even more stupid.

Keaton Grayson is a man now. Hot and angry and everything I have been trying to forget since I left.

“Keaton,” I whisper as I pull out of Rhys’s hold.

“You two know each other?” he asks, looking between Keaton and I in suspicion.

Neither one of us speaks for a minute. How do you answer that question? Is there one word that sums up our relationship? He was my first love or I broke his heart doesn’t seem like enough.

“He was my foster brother,” I finally answer, knowing if I didn’t offer something Keaton would answer. I didn’t want to hear his explanation. It would be hurtful.

“She was more of a house guest actually.”

There it is. Those words hurt more than I’d like to admit. Always the outsider. I was never really part of his family, no matter how badly I wanted it.

“Is that right?” Rhys asks, looking to Keaton then back at me.

Keaton laughs but it’s hard and laced with venom. I lift my chin and straighten my spine; ready for the verbal attack I know is coming.

No. No. No. This can’t be falling apart before I even start. Rhys promised a second man and I counted on that.

“We need you. We need 3 people and you’re the only person I trust,” Rhys argues. I wait silently because anything I say would only make matters worse.

Keaton glares at me. More than the animosity, I see hurt underneath the repulsion and hate. It’s not much different than the way he looked at me before I walked out of his life for what should have been forever.

“You owe me,” Rhys says and I know Keaton is in. Keaton may not trust me but he is loyal to a fault to those that earn it.

Stormy dark eyes land on me. His gaze moves over my body, slowly, like he’s actually seeing me for the first time since he found me in his apartment. He takes in my long, red hair and red lipstick. In a plaid skirt and loose shirt that hang off one shoulder, I stand barefoot, my knee-high boots on his floor. I feel naked and exposed even though he’s seen it all before.

Keaton moves, fast and without hesitation, pushing me to the wall behind me. I swallow hard from the impact and the heat rolling off his chest. Memories of another time I was pinned under the wall by Keaton floods my mind unwanted. I feel my face turn pink.

“Listen to me, September,” he whispers. I resist the urge to shiver at the way my name comes out a growl. “Don’t screw us over. Don’t steal from us, lie, or get your ass in trouble.”

I gasp at the words he said to me the first time we met. I realize, with heartbreaking clarity that Keaton hates me more than when he first met me all those years ago. No matter how close we eventually became or everything we went through, I erased all that good. He pushes off me and toward the door they came in.

“Show her to the guest room. I’m going out.”

The door slams behind him and I stare at it, still pressed to the wall. Every cell in body is telling me to run. Leave Willow Creek and don’t look back. I’ve done it before and can do it again. But then I think of my mother in that facility and I remember why I am here. 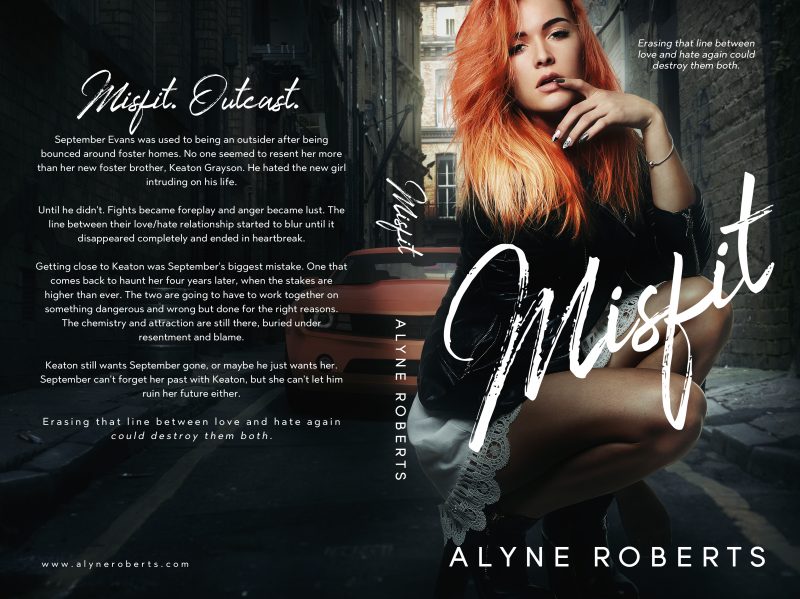 Alyne lives in Ohio with her husband, dog and cat. Working full time in an office all day, she spends her nights reading, writing or watching an entire TV series in a night. She refuses to grow up, loves Disney movies and anything with owls. She couldn’t live without her coffee or her furry “children”.

Alyne is the author of “Light to the Darkness” and the “Conflicted Encounters” Series.

To stay up to date on what Alyne is working on, teasers and more: Sign up for the newsletter.

She loves to connect with readers so feel free to stalk her!