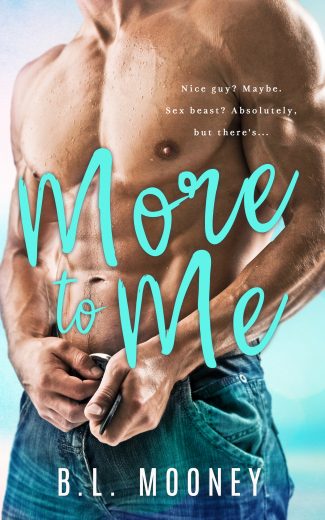 Raelyn Clarke is the woman of my dreams, but she’s way out of my league. I’m a starving artist with a deranged mutt. She’s an attorney saving children from deranged parents. I’m not exactly the type of man she’s looking for.

She thinks she’s found the one, but she doesn’t know his name. A stranger who rocked her world one night and showed her a connection she thought was impossible. A connection she’s desperate to feel again.

She’s settling for someone she does know, but he’s only perfect on paper. An attorney who matches her for education, career, and money, but doesn’t have a chance in hell of showing her the passion the other man showed her.

How do I know? Let’s just say there’s more to me than Hudson Kelley, the goofy neighbor across the hall. I have to tell her the truth soon. Right now, it’s better to keep her in the dark.

Title: More to Me 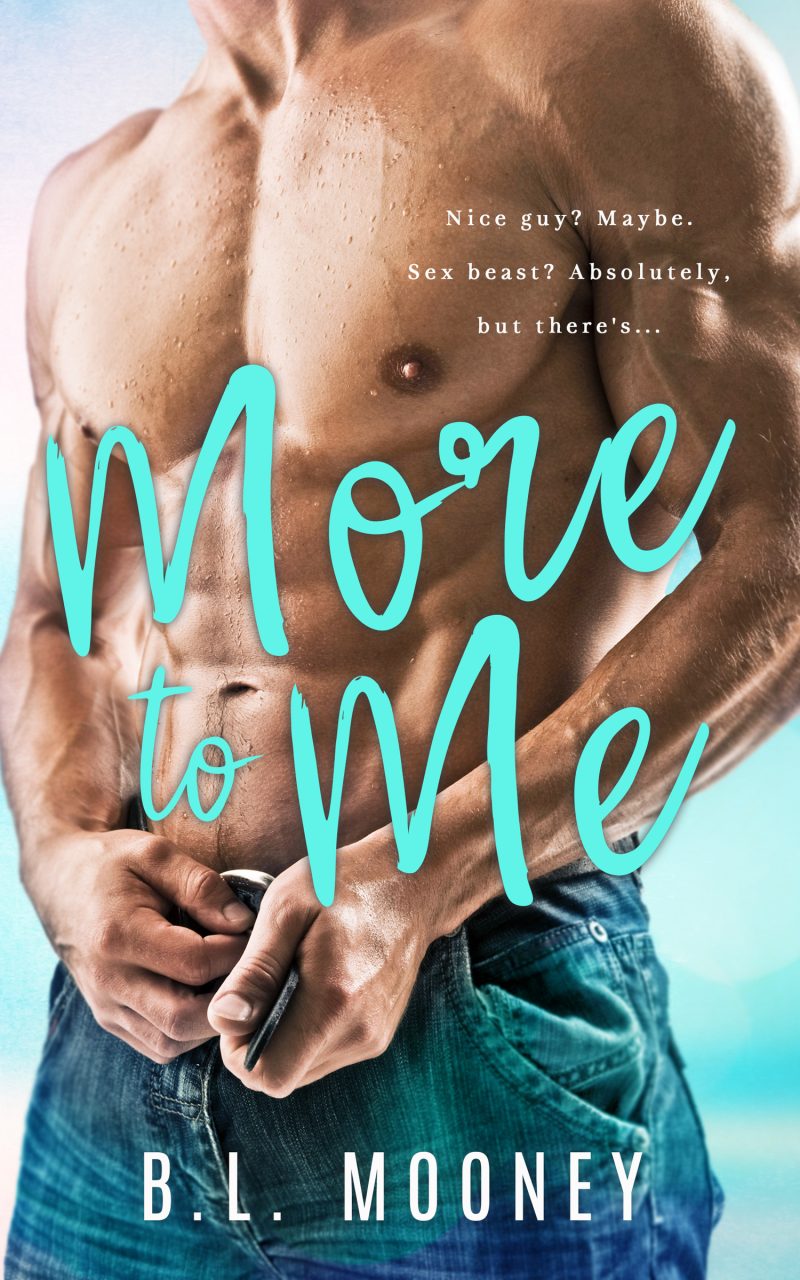 He walked us to a bench and took a stake out of his pocket. He took the leash from me and waved the stake in the air before putting it into the ground and securing the leash. He walked back over, proud of his idea.

“Some people don’t like that, so you may get comments, but that little shit can run.”

“It doesn’t seem to hurt him, so why would they care?”

“Something about this being a place for them to run free, and if I wanted to just keep him chained outside I could do it in the privacy of my backyard.” He waved it off.

“I see the point.” I started to get up, but he stopped me.

“No one is here to complain. Let him run and get tired. Then when you go home, he’ll sleep. By the way, Axel is a Bichon Frise. I’m not sure what you’re researching, but I can tell you he’s a pain in the ass. I have firsthand experience in that shit.”

I ignored his pain in the ass comment and sat back. “I really do want to pay you for him if you don’t want him anymore. Why did you get so pissed at him?”

“He ate my prints. Well, chewed them anyway.”

Hudson shook his head and leaned forward, placing his elbows on his knees. “I’m surprised you even know my name.”

“I’m a photographer. It was my fault, really. I shouldn’t have left them out on the table, but I thought I was going to be gone for just a few minutes. I also didn’t think he could get up on the table.”

“He got on the table for your photos?”

“No, for the meatloaf sandwich I made. Bastard.”

I laughed, and Hudson looked over at me and smiled. He sat back, placing his arms across the back of the bench. It was peaceful to sit in silence and watch Stranger play. It was probably why I started to drift off.

“So, what happened that made Jamie make out with you?”

I looked over at him, wide-awake after that question. “Jamie didn’t make out with me.”

I crossed my arms. I hadn’t thought about the appointment since the moment he opened his door, but the memories of the hour I spent with a complete stranger came flooding back. “It’s nothing. It won’t happen again.” That I could promise. I took a deep breath and looked down the opposite side of the park.

“It doesn’t seem like nothing to me, but you don’t have to say anything. Jamie’s great, though. You should really talk to her.”

I looked at him and smiled. “You like her, don’t you?”

He cleared his throat. “She has a boyfriend.”

“I agree, but she’s still taken. Why haven’t I met your boyfriend?”

I shook my head. “Because I don’t have one.”

He looked at me and narrowed his eyes before they got big. “Well, did you get into a fight with a vacuum then?”

I closed my eyes and felt my cheeks burn. I took a shower, but didn’t look at my body. I just needed to get the smell of sex off me. “I had a . . . date, but I don’t have a boyfriend.”

I stood. “Okay. This turned awkward.”

“No, what would be awkward is telling you that walking in on Jamie straddling your lap gave me a chubby I can’t get rid of.”

I fought the smile and lost. “Well, it’s a good thing you’re not telling me that.”

“I know.” He stood and walked over to Stranger to take the stake out of the ground. “Could you imagine?” 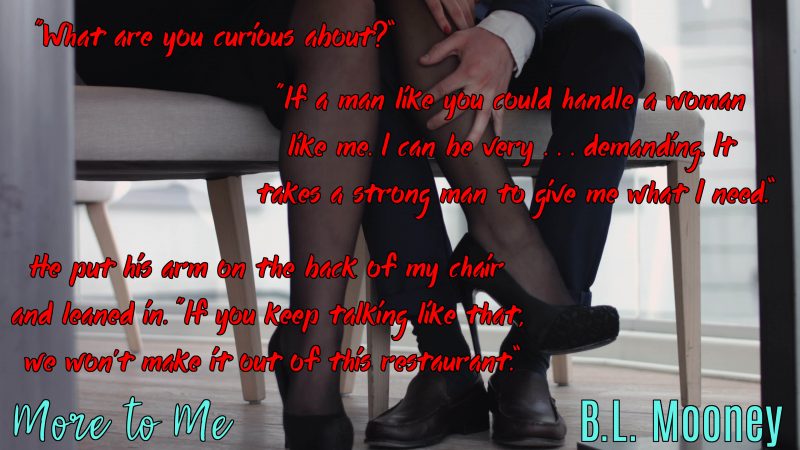 B.L. Mooney started writing when the voices and storylines in her head ran out of room. They were getting too cramped and neither B.L. nor the characters could take it anymore, so she did the only thing she could do—she made room. She always knew she wanted to write, but vowed to make time for it later. Now that she’s made time for writing, most everything else falls to the wayside. That seems to suit the characters that keep popping up in her head just fine.

B.L. lives in the Midwest, and her other talents include in-demand cookies, a very dry sense of humor, and stealth eavesdropping. Some mannerisms, attitudes, or twists come from random sentences picked up while passing by strangers. So speak up the next time you have something to gossip about. You never know, it may just end up on the pages of the next book you read.

She loves to hear from her readers via email AuthorBLMooney@gmail.com