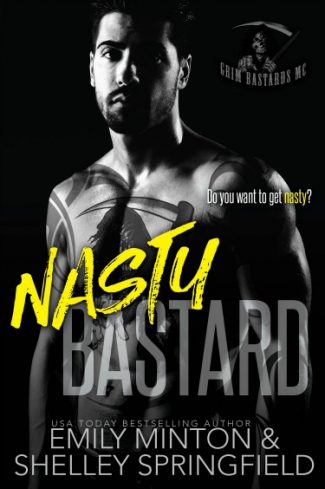 She's the daughter of a club traitor, trying to start over.

Daughter of the man that betrayed the Grim Bastards, Gidget Etheridge doesn’t want anything to do with the club.
She grew up being ignored by her father, but found solace in the arms of the boy she loved.
Everything changed the day he turned his back on her.
When she and her son are rescued by Smoke, she has to decide if the boy who broke her heart is worth a second chance.

He's a bastard, living life by his own rules.

Vice President Smoke Roundtree grew up knowing he would be a Grim Bastard, just like his father and grandfather.
When he became a prospect, he made a choice between the club and the girl he loved.
Even all these years later, he still wonders if he made the right decision.
When he saves Gidget and her son, he finally has a chance to fix the mistakes of his past.

Can a bastard heal the heart he shattered thirteen years ago? 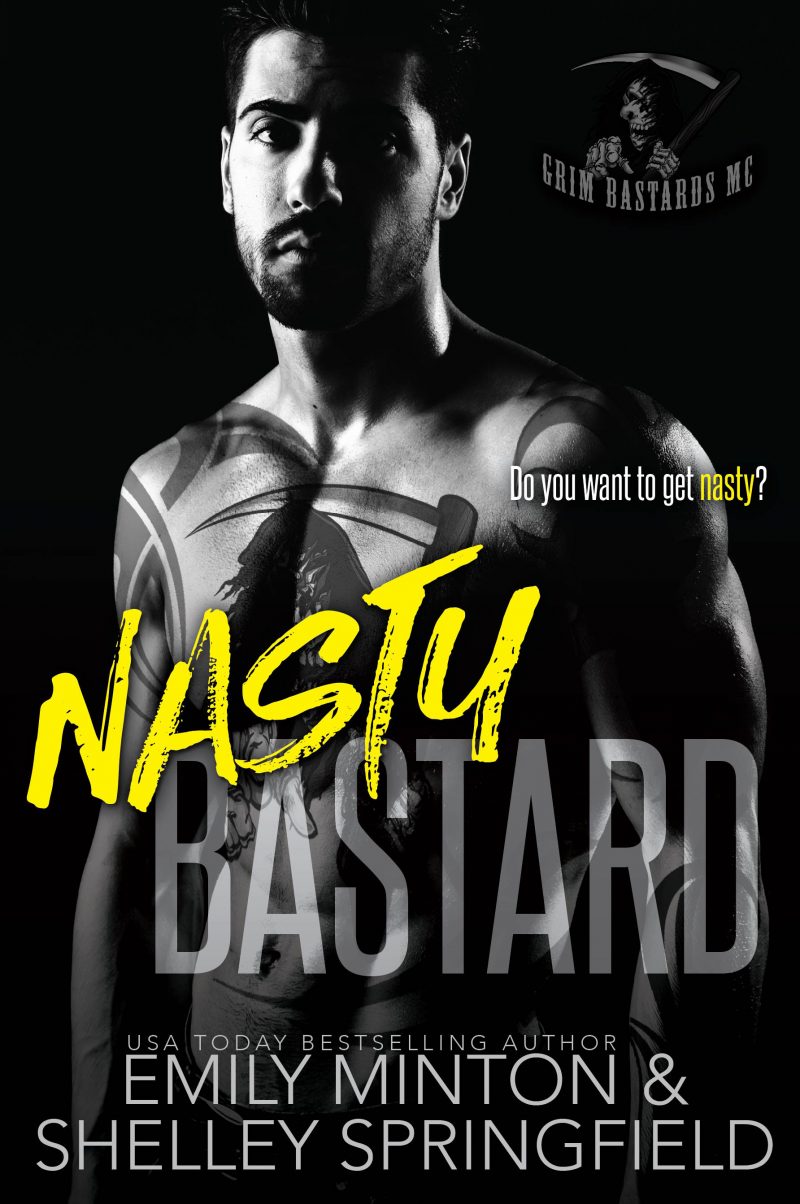 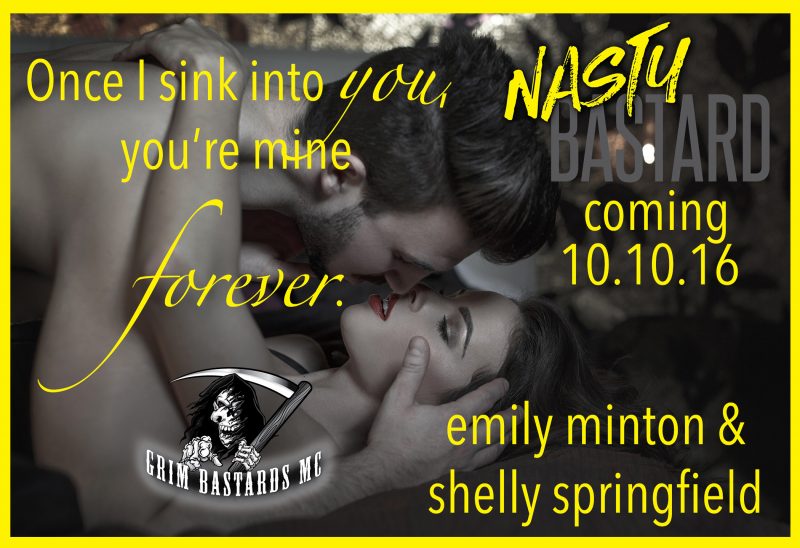 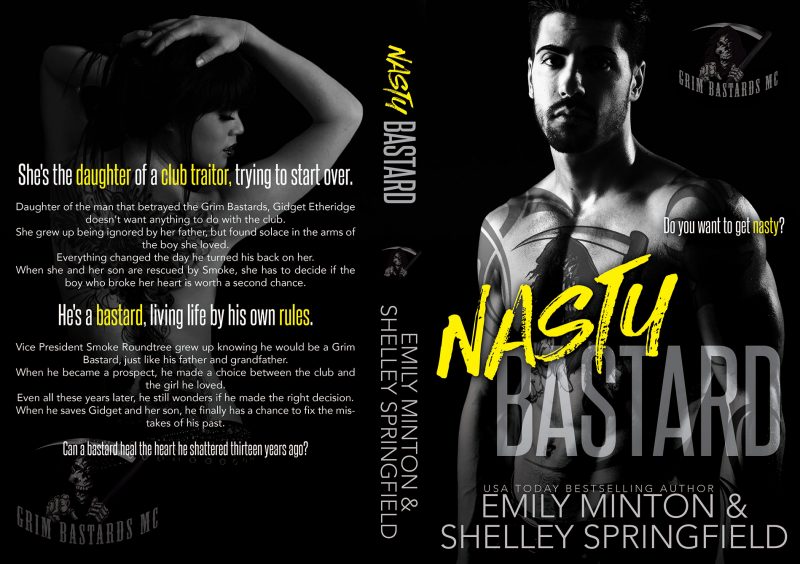 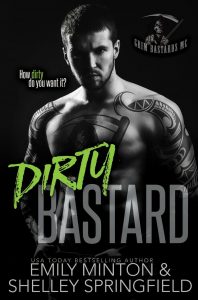 She’s a biker chick with an edge.

Daughter of an MC President, Trix Slade is used to living on the wild side, but nothing prepares her for being kidnapped by the Grim Bastards MC. Hell bent on getting back home, Trix will do anything to get away from her captors—anything. There’s only one problem. Boz is as sexy as he is wild—a tempting combination for a woman like Trix.

He’s a bastard with a soul.

The Bastards’ president, Boz Creed, wants to bring Trix’s father down and knows the best way to get to him is by using his precious daughter. Determined to get the revenge he seeks, Boz is willing to do anything to get what he wants—anything. There’s only one problem. Trix is as sexy as she is stubborn—a deadly combination for a man like Boz.

Can love between two rival clubs survive without someone taking the ultimate fall? 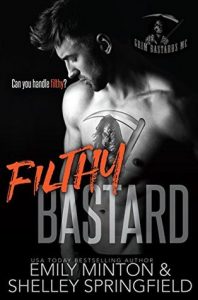 With a vindictive mother and an obsessed brother-in-law, all Adyson Sloan wants is a little freedom—for her and her sister. She dreams of having a little room to breathe and making her own choices. But when she’s kidnapped by the Grim Bastards MC, freedom comes at a much higher price. Terrified, but determined to get back to her sister, Addy’s plans are ruined when she falls for a bastard with a chip on his shoulder.

He’s a bastard without a heart.

Sergeant at Arms Brew Decker plays by his own rules. To him, nothing is sacred but the brotherhood. He lives and dies by the club and would do anything for them—even kidnap an innocent woman. After all, she’s merely a pawn in the bigger game. But everything changes when he meets Addy. Suddenly, he’d do anything for his captive.

Can love between a rich girl and a bastard survive without someone losing it all? 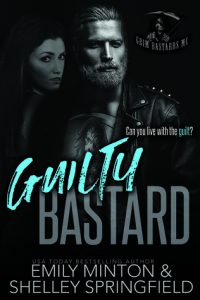 She’s a club whore, not looking for love.

Lisa Higgins has been part of the Grim Bastards MC since she was seventeen years old. She’s always accepted her place in the club, until Round steals her heart.

He’s a bastard, full of guilt.

Carter Roundtree has never forgiven himself for not loving his old lady the way he should have. That guilt is made worse when Lisa works her way into his heart.

Can a bastard and a whore find love in each other’s arms?

USA Today Bestselling author, Emily Minton is a Kentucky native. She is proud to call the Bluegrass State home. She claims she bleeds blue–Wildcat Blue! She has been married to her husband, David, for over twenty years. They share two wonderful children.
Emily loves to read and has more books on her kindle than most people could read in a lifetime, but she intends to read every single one. She has published nine books, but there are many more are floating around in her head. She hopes to get them all on paper before long. She loves sharing her dreams with her readers.

Shelley was born and raised in Kentucky and doesn’t see herself leaving the bluegrass state anytime soon. Shelley and her husband have been together for sixteen years, and they share three beautiful daughters and one handsome son.

Although Grim Bastards is her first published novel, she has been a fan of romance reads for many, many years. Shelley loves all sorts of genres of romance but Contemporary, New Adult, and Romantic Comedy are her all-time favorites. 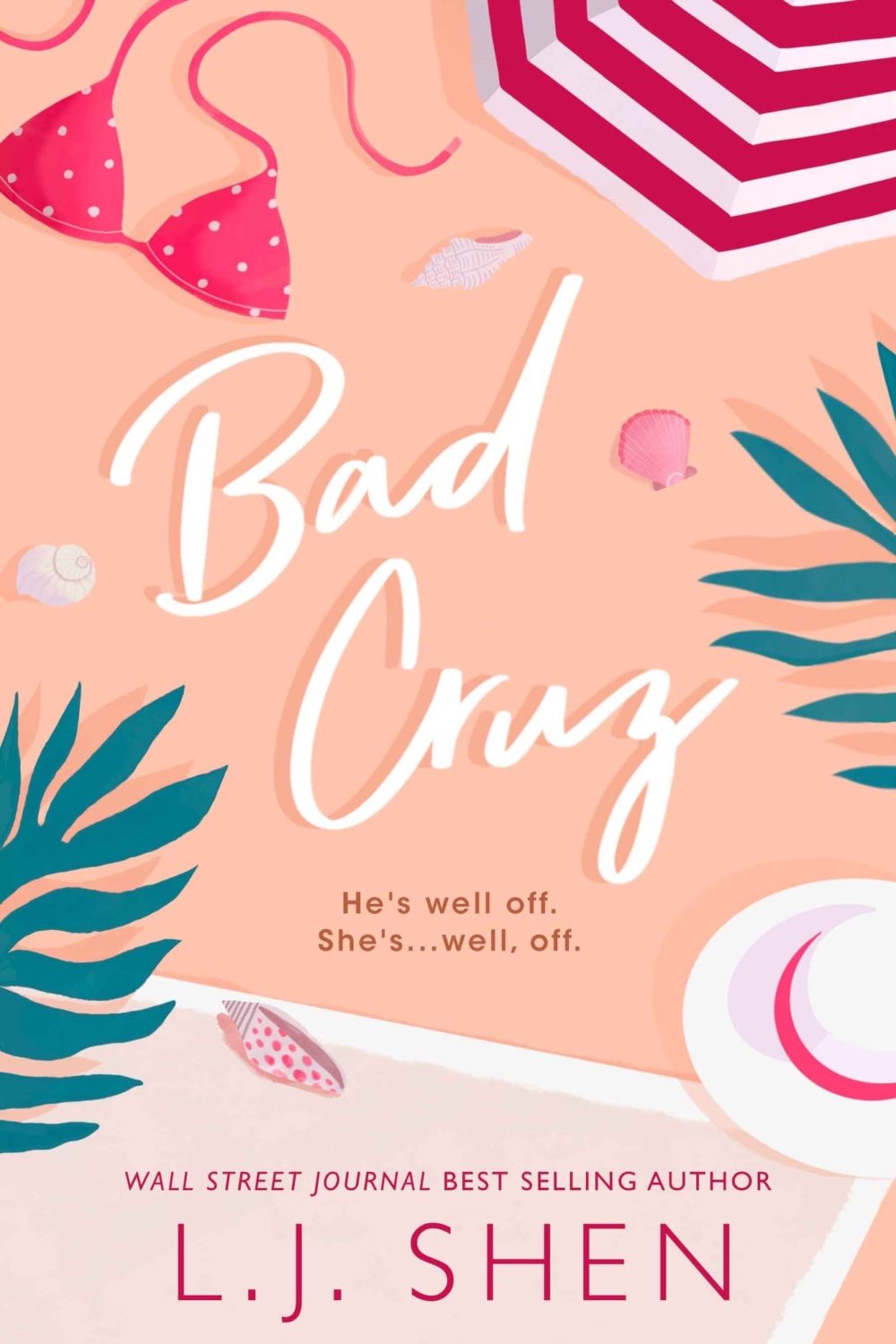