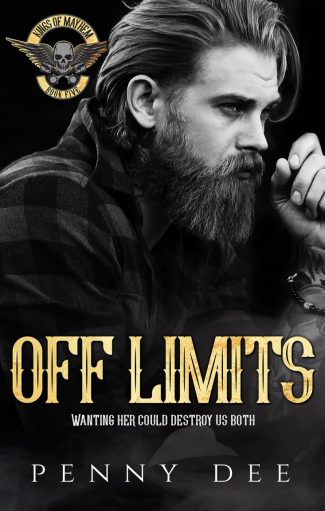 I’m about to break the biggest rule of all.

Ruger
I was sixteen when she was born.
The niece of my best friend.
An angel with bright blue eyes and hair the color of night.
Through the years I’ve seen her grow from an adorable dimpled cupid into a strong, independent beauty.
Into a goddess.
A temptress.
Fate has brought us together.
But she is off limits.
I’ve got no business wanting her.
No business at all.

Chastity
For years I’ve crushed on him.
An older man who makes me tremble.
A biker King whose arms I want to get lost in.
Whose body I can only dream about touching.
Whose lips I’m dying to taste.
I shouldn’t want him.
But I do.
I shouldn’t lust after him.
But tell that to my poor hopeless heart.
I should stay away.
But I won’t. 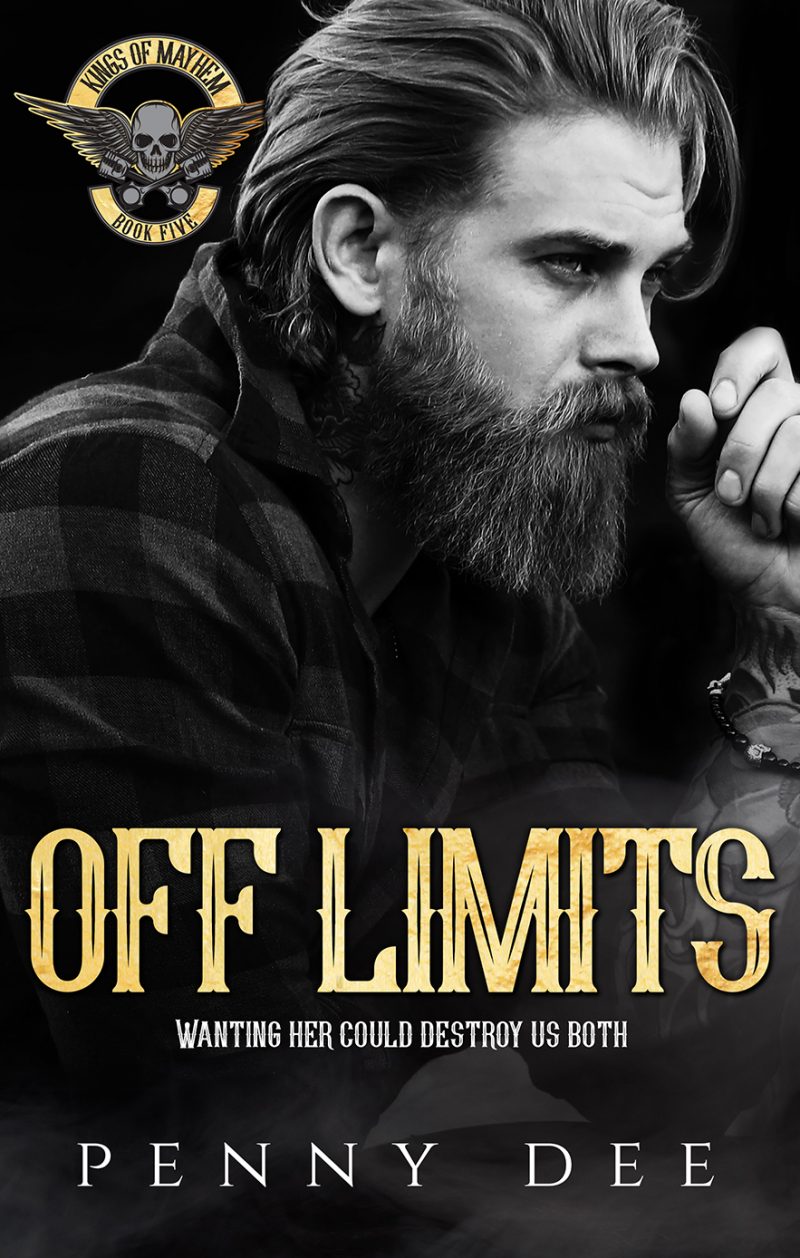 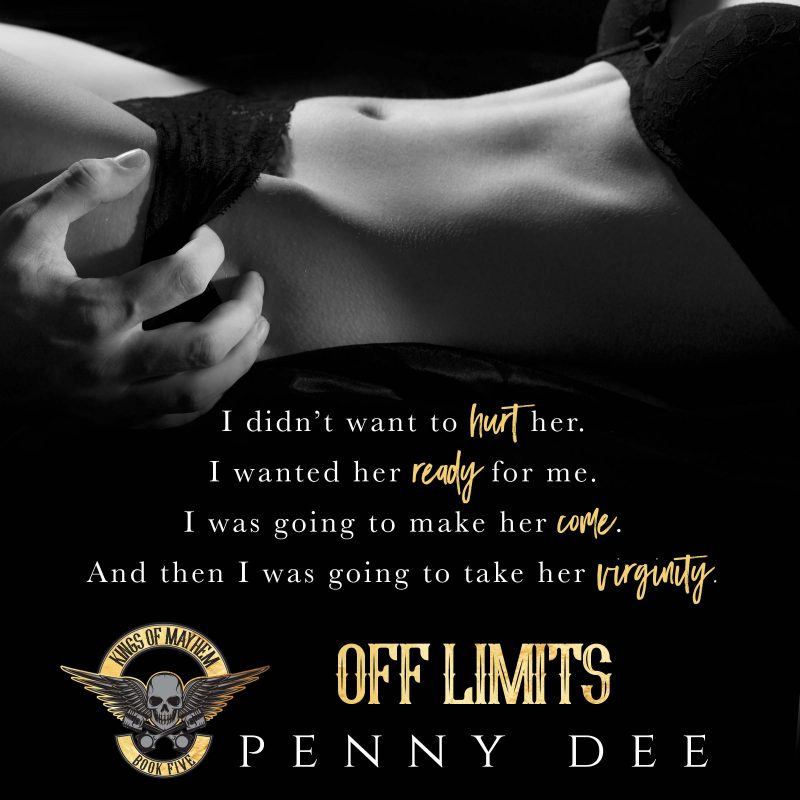 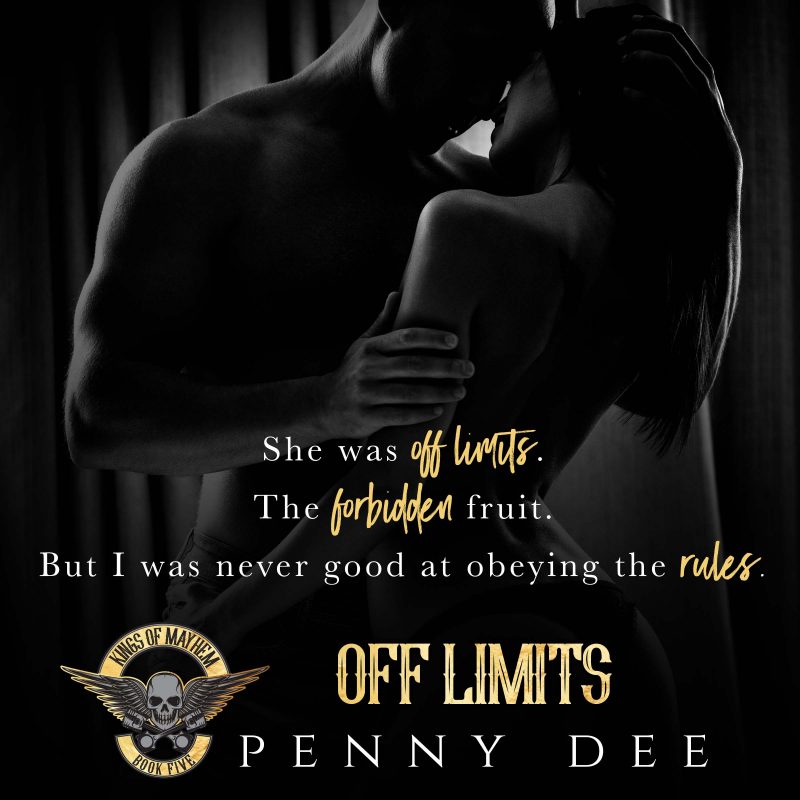 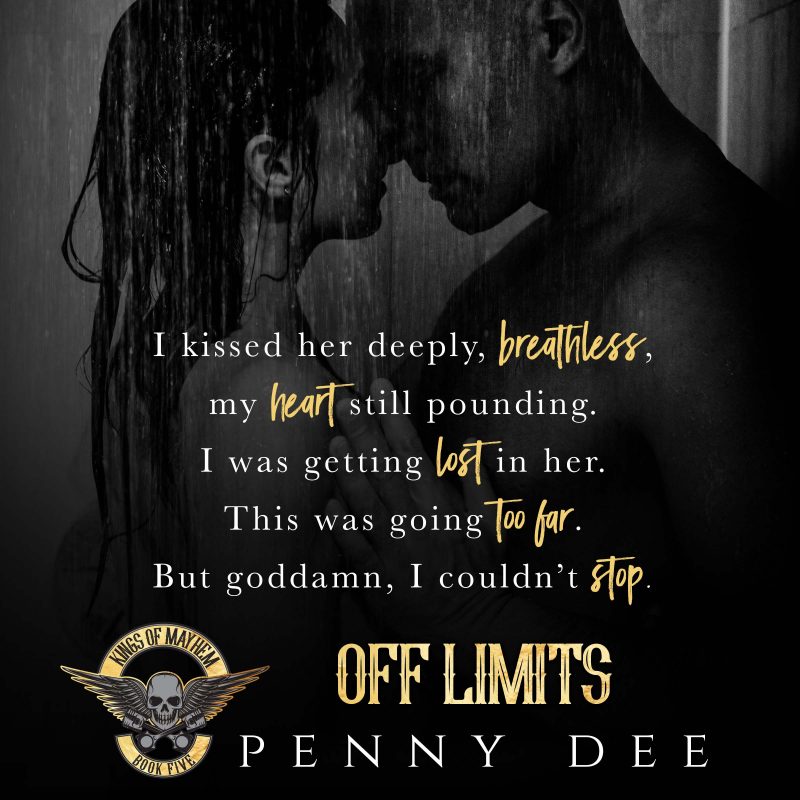 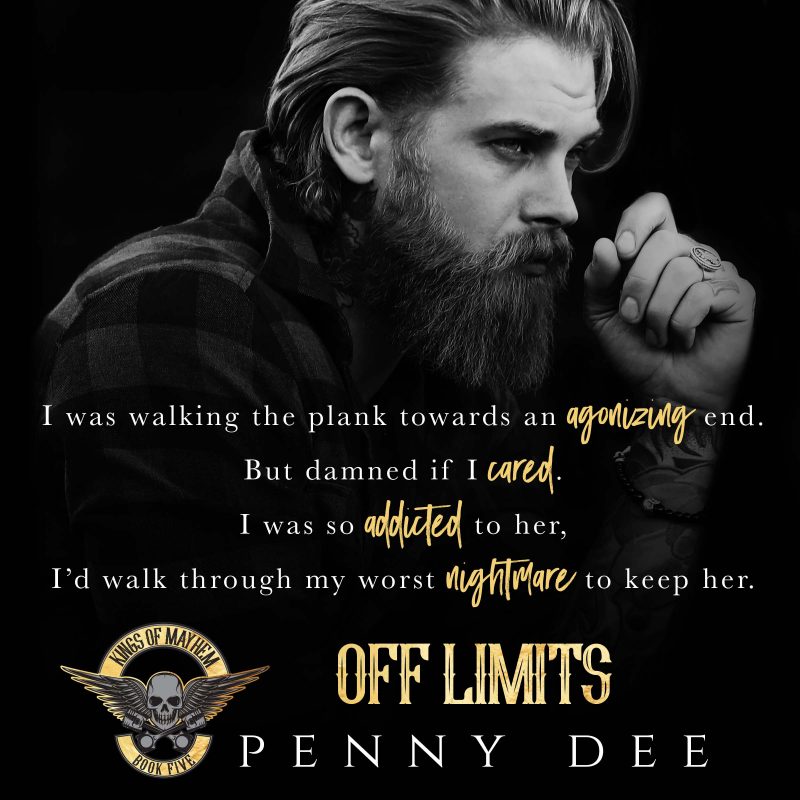 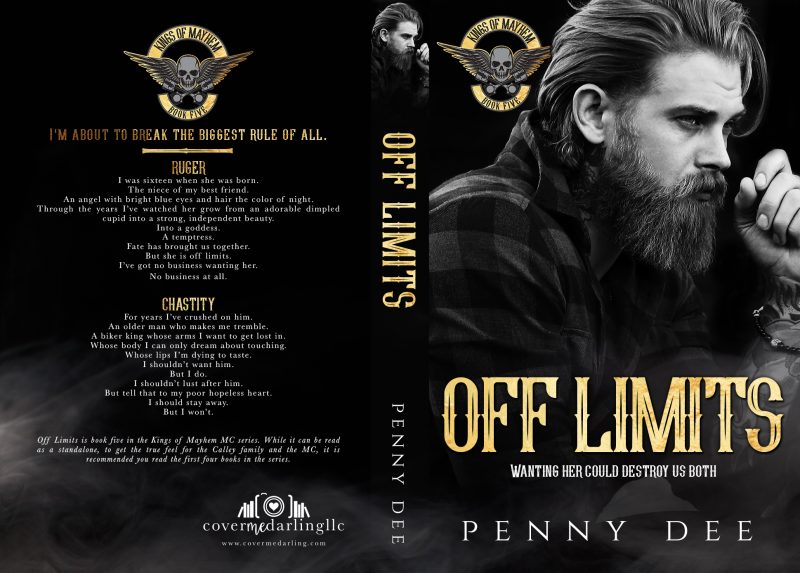 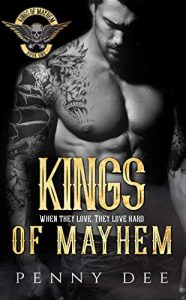 When a King loves
He loves hard

Indy
I’m back in town but only because I have to be.
I’m here to help my mom bury my father.
And the sooner we get it done, the better.
Because I want to see Cade as much as I want a hole in the head.
He broke me once—no, he broke my everything— and I’ll be damned if I’ll let him do it again.
Get in and get out. That is the plan.
But you know what they say about best-laid plans. 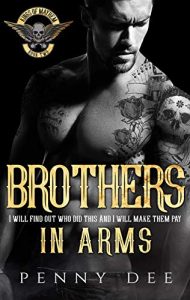 Someone is going to pay.
But who?

Cade
They took someone from me.
And I’m going to make them pay.
In blood.
But before I can do that, I have to make sure my girl is safe.
And I will do whatever I have to, even break my own heart, to make sure she survives.
Because she is my queen.
My everything.

Indy
He’s changed.
His grief is overwhelming and I can feel the gap widening between us.
Someone is coming after the Kings of Mayhem MC.
And we are trapped as they play out their evil scheme.
Because under the cover of darkness, they are coming for each of us, one by one, to play out their own twisted vendetta.
And no one is safe. 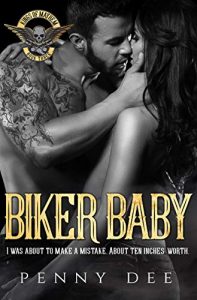 I was about to make a huge mistake.
And when I say huge, I mean, approximately ten inches’ worth of mistake.
But after the week I’d had, this was just what I needed. A night of big bad mistakes with a big bad biker.

Honey Scott
Finding out your boyfriend is a cheating loser is a real buzz kill. Finding out you’re actually the other woman, is devastating. Call it temporary insanity, but I decide the best way to get over the loser I’d dated for two years is to get under a biker with tattoos, dimples and a hard body he knows how to use.
He’s going to make everything better with numerous mind-blowing orgasms. But just for one night.
Except one faulty condom means my one-night stand isn’t so one-night after all.

Caleb Calley
After a night of insane sex, the beautiful blue-eyed brunette gave me the slip. And even with all the women on offer afterwards, I can’t get her off my mind. So when she turns up at the Kings of Mayhem MC compound I’m quick to give her a second night of amazing sex and crazy orgasms. But this time, I’m not ready to let her go.
There’s just one problem— she’s not interested.
But if she thinks she’s going to give me the slip again, then she’s got another thing coming. I know she is keeping a secret from me but I don’t care what it is. I want her and I’m going to make her mine. 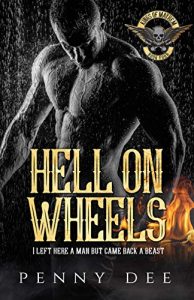 I left here a man but came back a beast.

Chance
A shoulder-fired missile broke my body.
But betrayal obliterated my heart.
For months I lingered in and out of hell until my body healed.
Now I’m back in town with my club brothers. But I am still fighting a war of darkness in my head and I can’t see a way out.
Then she comes to town like a summer breeze and makes me feel things I didn’t know existed.
She has the voice of an angel and the body of a goddess.
But she is running from her own demons. From the Devil himself.
He’s coming to town.
But I’ve walked through hell and survived, and I’ll walk through it again to protect her.

Cassidy
I’ve spent years running from my past.
Town to town.
State to state.
Never putting down roots.
I wish I could but I can’t. Because I am running from the Devil and if he finds me, he will drag me down to hell again.
Then I meet a beautiful, scarred beast of man who makes me feel something for the first time in my life.
Hope.
He makes me want to stay but it’s impossible.
Because the Devil is coming and when he arrives I won’t stand a chance.

Penny Dee writes contemporary romance about rock stars, bikers, hockey players and everyone in-between. Her stories bring the suspense, the feels and a whole lot of heat.

She found her happily ever after with an Australian hottie who she met on a blind date.