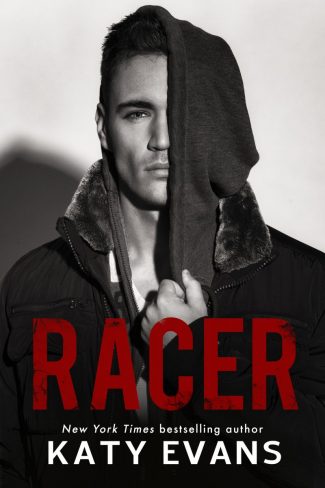 A bad boy with something to prove.
A woman with a mission.
The race of their lives.
The love of a lifetime.

I don’t think his parents expected him to live up to his name—Racer Tate—but once he felt the adrenaline rush behind the wheel, he was addicted.

He's the fastest, fiercest driver around.

Scouting new talent brings me to his doorstep...
but his smile sends me to my knees.

The sexy, mysterious Racer Tate is not the kind of man a girl like me falls for. He's secretive, reckless, elusive. But his proximity pushes me beyond reason, and his kiss....

This is our last chance to win, and he is our only hope. I'm supposed to watch him—make sure he doesn't get into trouble. But it's an impossible task. And now the one in heart wrenching, toe-curling, soul-crushing trouble is me. Because when your heart belongs to someone, their truths become your own, and their secrets become your salvation...or your curse.

He says he wants me. He says I'm the One. But he also thinks he'll break my heart, one piece at a time until it's gone. 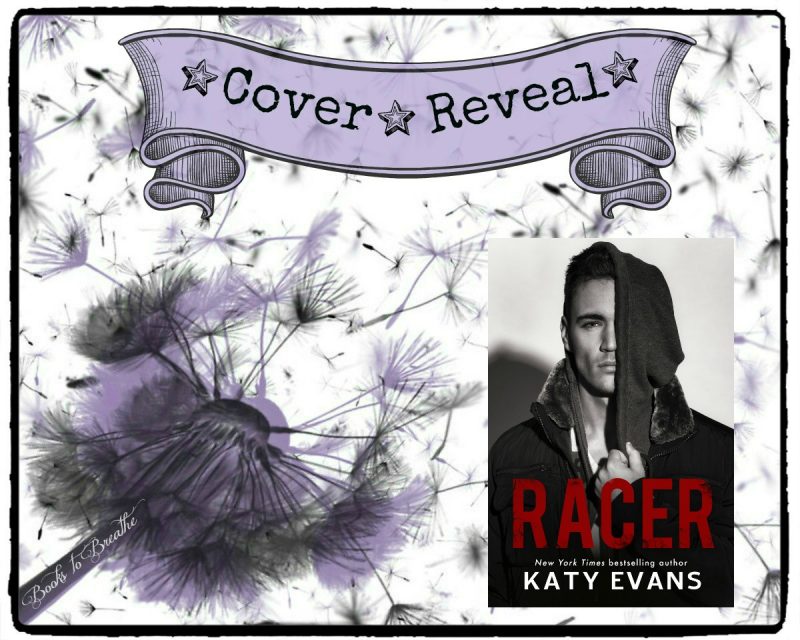 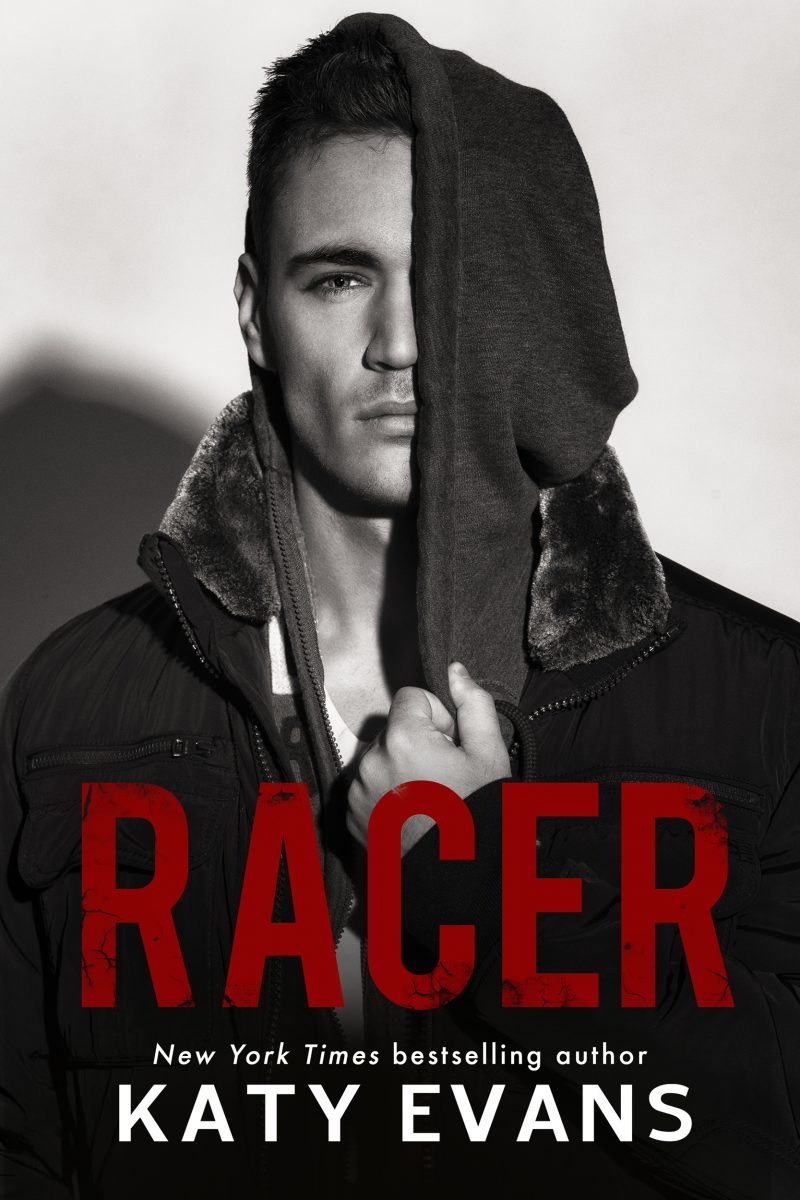 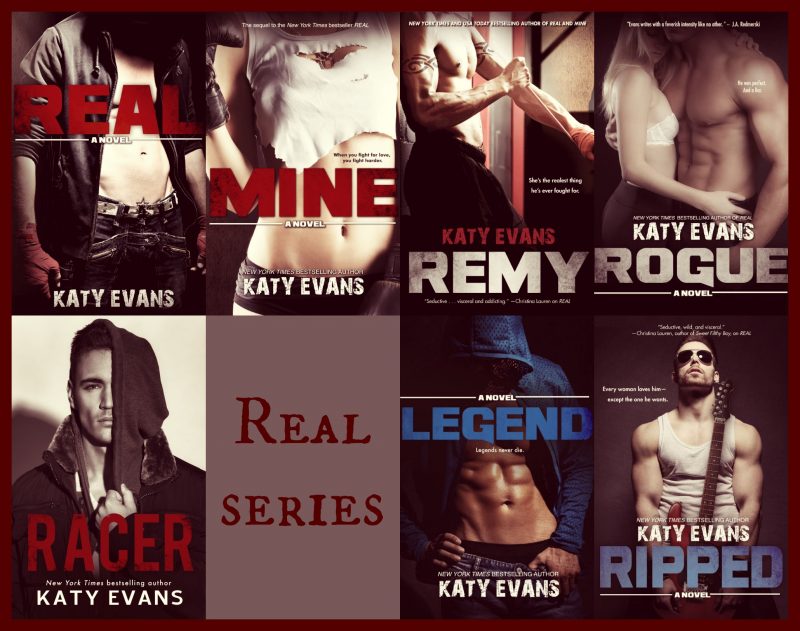 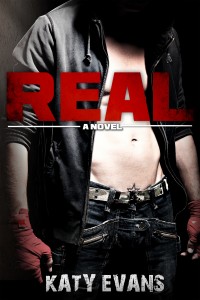 A fallen boxer.
A woman with a broken dream.
A competition…

He even makes me forget my name. One night was all it took, and I forgot everything and anything except the sexy fighter in the ring who sets my mind ablaze and my body on fire with wanting…

Remington Tate is the strongest, most confusing man I’ve ever met in my life.

He’s the star of the dangerous underground fighting circuit, and I’m drawn to him as I’ve never been drawn to anything in my life. I forget who I am, what I want, with just one look from him. When he’s near, I need to remind myself that I am strong–but he is stronger. And now it’s my job to keep his body working like a perfect machine, his taut muscles primed and ready to break the bones of his next opponents . . .

But the one he’s most threatening to, now, is me.

I want him. I want him without fear. Without reservations.

If only I knew for sure what it is that he wants from me? 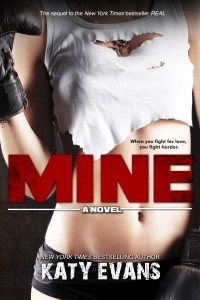 He’s mine, and I’m his. Our love is all-consuming, powerful,
imperfect, and real…

In the international bestseller REAL, the unstoppable bad boy of the Underground fighting circuit finally met his match. Hired to keep him in prime condition, Brooke Dumas unleashed a primal desire in Remington “Riptide” Tate as vital as the air he breathes… and now he can’t live without her.

Brooke never imagined she would end up with the man who is every woman’s dream, but not all dreams end happily ever after, and just when they need each other the most, she is torn away from his side. Now with distance and darkness between them, the only thing left is to fight for the love of the man she calls mine. 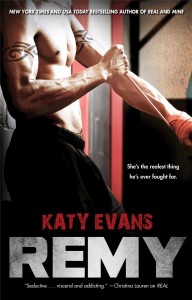 Underground fighter Remington Tate is a mystery, even to himself. His mind is dark and light, complex and enlightening. At times his actions and moods are carefully measured, and at others, they spin out of control.

Through it all, there’s been one constant: wanting, needing, loving, and protecting Brooke Dumas. This is his story; from the first moment he laid eyes on her and knew, without a doubt, she would be the realest thing he’s ever had to fight for. 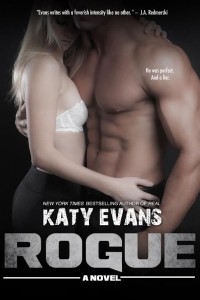 He says he’s no good for her.
She hates that he might be right.

Brook Dumas found Remington Tate in REAL, and now it’s her best friend Melanie’s turn to find the man who makes her heart sing. After years of searching, one night in the rain, the strong and mysterious Greyson King comes to her rescue. He’s bold, and maybe just the lover, friend, and protector she’s been searching for. When they make love, he says her name like it means something. Like she means something—and that’s everything she’s ever wanted.

He disappears for days without a word, and when he’s around, he says he’ll only hurt her. Buy when he’s away, her heart hurts more.

Then Melanie uncovers the dark world he’d been determined to keep hidden, and suspects that their random first meeting might have not been so random after all.

Caught in a free fall of emotions, Melanie has no one to catch her but the man she should be running from. . .

But what do you do when your Prince Charming has gone Rogue? 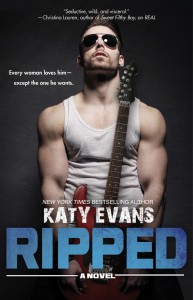 Every woman wants me–except the one I sing for.

Seattle shakes with anticipation: they call it the concert of the year. They say girls are getting pregnant just thinking about Crack Bikini being in town.

But when you love a girl, you don’t leave her with nothing but a ring and a promise. Any man with half a brain should know.

So what did I expect my girl would do when she saw me again?

Well, for starters, she loathes our music. Particularly the song I wrote about her.

When I sing it, the stadium is in an uproar. Thousands of fans scream my name like I’m a god–but yeah, not her. Crystal clear: the girl’s not happy to see me.

Black hair, black boots, a bad attitude, that’s her — Pandora Stone is a freaking man-eater and she’s out for my blood.

Let her come at me. Because I’m out for her heart and, this time, there’s no way she can stop me. 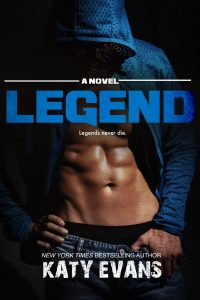 Maverick “the Avenger” Cage wants to rise to the top and become a legend in the ring. Though he keeps his identity well guarded, he’s known on the fighting circuit as the new kid with a chip on his shoulder and a tattoo on his back that marks him as trouble. He’s got a personal score to settle with the Underground’s one and only Remington “Riptide” Tate.

As Mav trains, he meets a young girl—the only other new person in the town–and sparks fly. When things get heated between them, he finds out she’s none other than Reese Dumas, the cousin of Remington Tate’s wife. A girl who’s supposed to root against him and a girl he’s supposed to stay away from.

But Maverick fights for the woman in his heart, and the monsters in his blood. The world’s eyes are on them and the victor will go down in history as the ultimate fighting champion; the ultimate Legend. 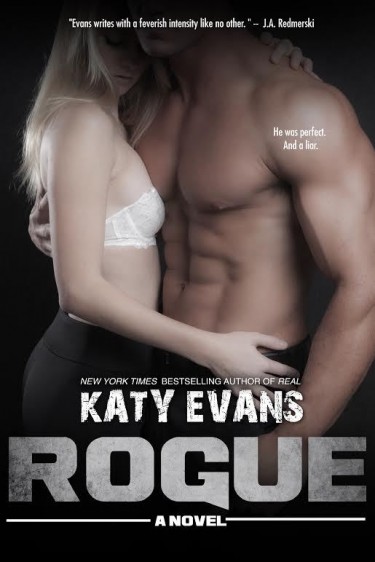