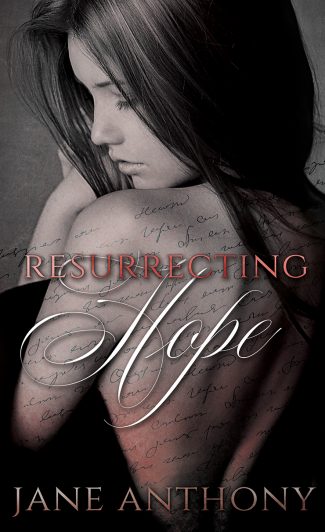 Hope
I’m broken.
I’m hiding.
I’m not the woman he claims he loves.
Hope Moon is a figment, a fairy tale. A single mom with sunny smiles on the outside, but whose pitch-black insides are riddled with demons.
I can’t look him in the face, can’t tell him who I am.
If I let my guard down, Jack will find me.
Jack’s wrath left me bound in hell.
Can Hank’s love set me free?

Hank
I’ve been hurt.
I’ve been used.
I’ve been betrayed.
But Hank Lawless isn’t a man to be trifled with.
Hope Moon has caught me like a fly in a web. Her gaze is haunted, her moves calculated. There’s more to the dark haired beauty than meets the eye. She’s hiding something.
I need to find a way to break down her defenses.
I vowed to walk beside her through her own personal hell.
But is my love enough to free her from it?

Warning: This book contains mature content and is meant for adults 18+. It contains a trigger warning for graphic scenes of domestic violence and rape. It’s a story about second chances, and overcoming your shattered past by any means necessary. Please take this into account before reading. 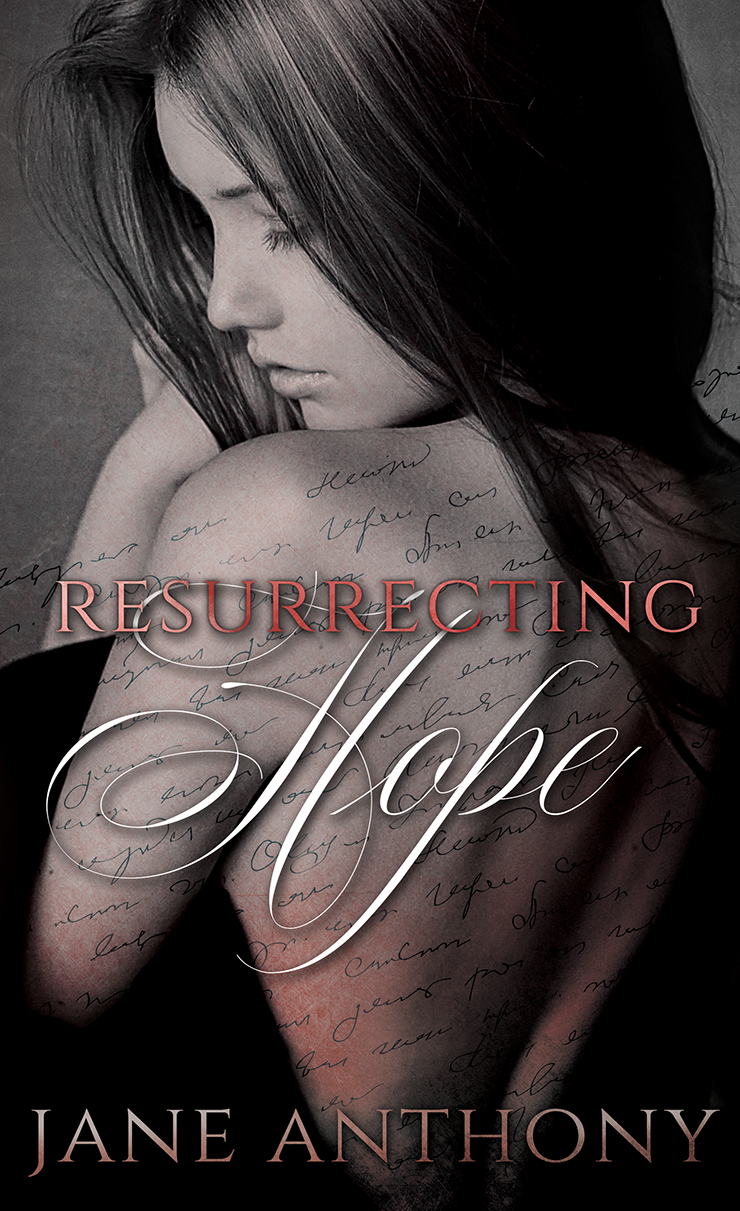 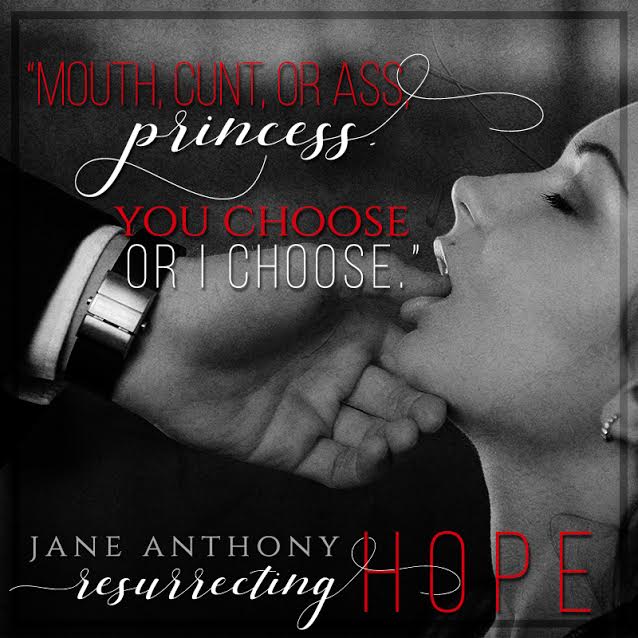 A deep, Southern drawl bounced off the walls of my empty house. Actually, let me rephrase. It was more of a shack, really. A hovel. Termites holding hands. Four walls, a floor, and a ceiling with nothing but cracks—but it was mine. Paid for with my own blood, sweat, and tears. The only thing I’d wanted since the moment I settled into life with Jack.

Just saying his name makes me shudder. He was so sweet when we first met. The perfect gentleman—opening doors, bringing flowers—but everything changed the moment he slid that tiny band of gold onto my finger. He became tyrannical. Nothing I did was good enough. He dictated everything from my clothes to my hair to the places we went. He didn’t want a wife.

He wanted a love slave, one he could kick around.

Leaving him was the hardest thing I ever had to do. Everything I owned was in Jack’s name. He claimed it was better that way, but now I know it was just his way of keeping control. I escaped from his grasp by the skin of my teeth with nothing but the clothes on my back and the money I had stolen. I changed my name, my appearance, and my life. Rebecca Benedetti no longer exists.

My name is Hope. And little did I know, this would be the day my life would change forever.

“Ms. Moon, are you home?” the rich baritone called again.

“Yeah!” I called back, wiping the fresh tears from my cheeks. Sometimes, I still feel him. His face rolls through my mind, his words washing over me, telling me when I’ve been a good girl. He’s no good for me. He hurt me. And after everything he put me through, I can’t understand why I still love him. “I’m in the laundry room! Hold on I’ll be right—”

The pocket door slid open before I had a chance to finish, and I startled. I wasn’t expecting the handyman for another hour. “Oh, I’m sorry, Ms. Moon. I didn’t mean to, er, interrupt. The door was open, and …”

Wrinkles formed on his forehead as he rubbed his masculine hands against it, avoiding eye contact. He caught me in a precarious situation. Not only was I sobbing my eyes out, but I was also wearing nothing but a bra and shorts.

Southern summers are hot as Hades, and my new home didn’t come with air conditioning. That was part of the reason I called him. The house needed a ton of work, and his ad on Craigslist promised great service at a reasonable price. Nowhere in the article did it mention he was gorgeous. Well over six feet of solid muscle, he made the tiny room seem minuscule by comparison.

When I didn’t respond, his gaze fell on mine. His eyes were intense—the kind of eyes a girl could get lost in—and I found myself plummeting into their deep blue depths without warning. “Are you okay?” He took a step forward, and reaching for the toilet paper, he pulled off a length of it to dry my tears. “Here,” he added, grazing the cottony soft tissue across my cheek. “All better.”

“I’m embarrassed,” I replied with a sniffle and my best attempt at a smile.

“No, miss. I’m the one who’s embarrassed. I just helped myself to your house, and here you are…” His searing gaze raking over my body reminded me I’m not wearing a shirt. His sudden presence jumbled every thought in my head. He was a divine creature, full of ink, shrouded in darkness. “I’ll just wait for you in the kitchen.”

“Wait.” My pathetic demand slowed his pace, and he turned back around. A hint of lust flashed in his eyes. He didn’t want to look, this I knew, but he couldn’t help himself. My body was long and lean from spending hours in the gym. My breasts, previously enlarged at Jack’s request, were round and taut, rising out of the cups of my bra with each deep, ragged breath I took.

I don’t know why I did it. Perhaps it had been so long since I felt a man’s touch on my body. Or maybe it was the look in his eyes devouring my flesh, the feeling of being wanted instead of owned. To this day, I still don’t know, but I’ll never forget the hunger in his gaze when my hands slipped behind my back and tugged at the tiny row of hooks keeping my chest contained.

The lacy material fluttered to the floor between us. He looked down at it, then back at me. “Ms. Moon, I—”

I didn’t even know his name, but I didn’t need to. The only thing I needed from him was to ease the pain. To soothe the aching in my chest and between my thighs and remind me how a woman should feel. To make me new, completely and utterly.

His tongue slid across his bottom lip; I suppose to contemplate his next move. I took a tentative step. He met me halfway and continued moving until my back hit the wall. The heat between us radiated. Having him this close set me ablaze. Not just from the sweltering temperature, but from the desire I felt rippling off his body.

A whisper of a kiss, soft and sensual. A large palm touched my cheek, the other gripped my ass, pulling me against him. His tongue swept across my lips then slipped between them. It ignited the spark; a brilliant flash that burst into flames, engulfing me like a brush fire.

My hands found their way under his shirt. The hard planes of his abs contracted under my fingers as they traveled along his torso. With one swift move, he yanked the collar of his shirt over his head. Ribbons of ink covered his tanned skin almost entirely. I ran my hands over them, following with my mouth as his fingers tangled in my hair.

Rough. His hands were rough, both in feel and movement. When he dropped them under my ass and hoisted me in the air, my legs instinctively wrapped around his waist. I slipped my hand between us and opened his fly. His jeans fell to the floor and pooled onto his thick, black work boots. Hardness pressed against my throbbing core. What felt like nine inches of rock-hard steel taunting me with each swivel of his hips. I couldn’t wait anymore. The need coursing through my body was a tidal wave threatening to drown me. I had to feel him inside me.

Calloused fingers slipped inside my shorts, and I felt his lips curve into a grin against my neck. “Damn, girl,” he growled as they slid inside me down to the knuckle.

A breathy moan floated to the ceiling as my head fell against the wall. “I don’t want your hand. I want your cock.” My lips said one thing, but my hips bucked against his palm as his fingers fucked me deeper still.

“You’re a naughty little kitten, ain’t ya?” he rumbled as his thumb circled my aching clit. “Lemme hear that kitty purr.”

A keening cry tore from my lungs. My body fell limp, but his strong arms caught me, keeping me tethered to the wall. “These are in my way.” He tore at my shorts, shredding the thin cotton material in his large hand while I pushed at his boxer briefs with my feet.

With delicious brute force, he slid himself inside me, balls deep. Lightning flashed behind my lids. I groaned as his hips began to move, slamming into me hard. “Is this what you want?”

My only response was a resounding pleasure-filled moan. He plunged himself fast and free, grunting each time our bodies met. “Fuck,” he cursed. “Come on my cock.”

The maniacal thrusting of his hips slowed to a less brutal pace. Deep breaths skittered across my lips as his face lifted to meet mine, and our mouths grazed again, softly, sweetly. 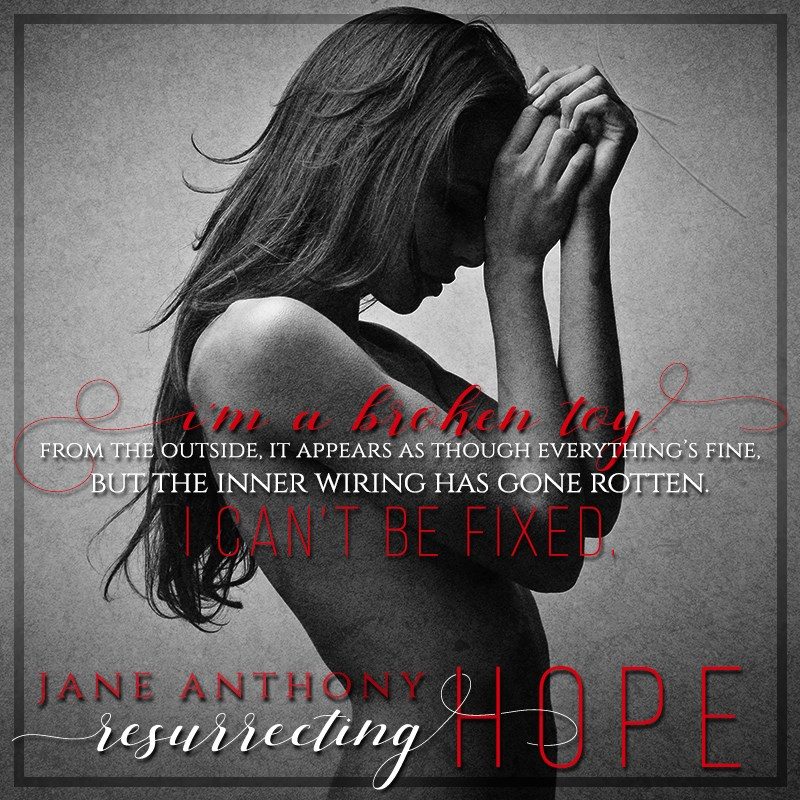 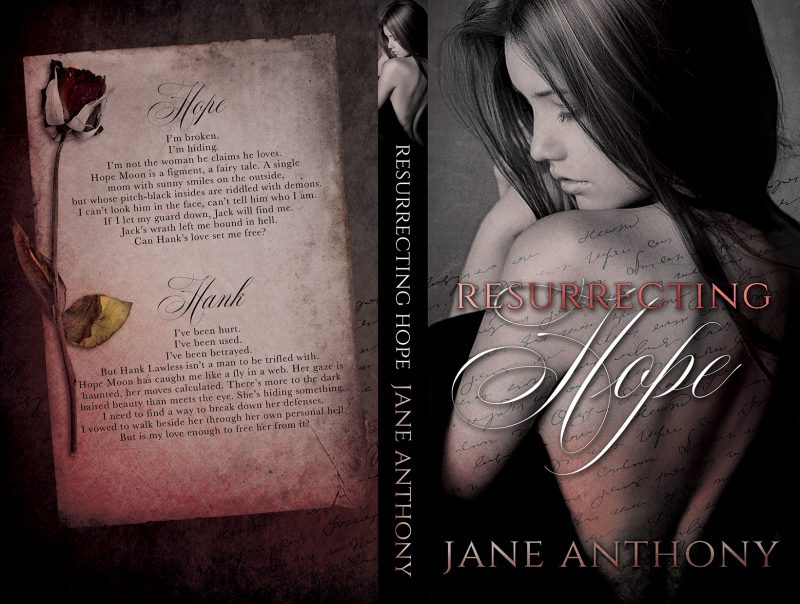 Jane Anthony is a romance author, fist pumping Jersey-girl, and hard rock enthusiast. She resides in the ‘burbs of New Jersey with her husband and children. A lover of Halloween, vintage cars, & coffee, she’s also a cornucopia of useless 80’s knowledge and trivia. When not writing, she’s an avid reader, concert goer, and party planner extraordinaire.

Jane loves hearing from her readers! Connect with her on these social media sites, and don’t be too shy to say hello!

Cover Reveal: Periculum (Devil’s Playground #1) by Natalie Bennett
Cover Reveal: Burn For You (Boys of the South #5) by Marquita Valentine