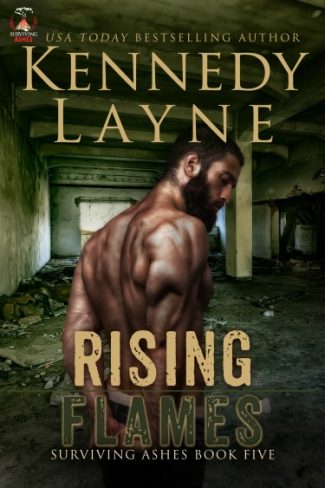 Van Overton had given years of service to his country.  He’d paid his dues and he no longer needed to put his life on the line.  He could live out the rest of his days doing what he did best—making money from inside the heart of the world’s fastest paced financial system.

Allie James had wished time and again for something—anything—to happen just so she didn’t have to open another eviction notice.  She adored the hustle and bustle of the city, her cozy apartment in a good neighborhood, and the rugged looking man across the hall wasn’t half bad to look at either.  Regrettably, she’d been thinking more along the lines of winning the lottery than an approaching apocalypse.

Van should have known his luck wouldn’t hold out, but a super volcano eruption?  It was a good thing his time in the military had taught him to be ready for just about anything.  Unfortunately, his next-door neighbor didn’t fit into anyone’s idea of a survival plan.  Allie was everything he tried to avoid in a woman, but she was definitely the one who had the ability to steal his heart. 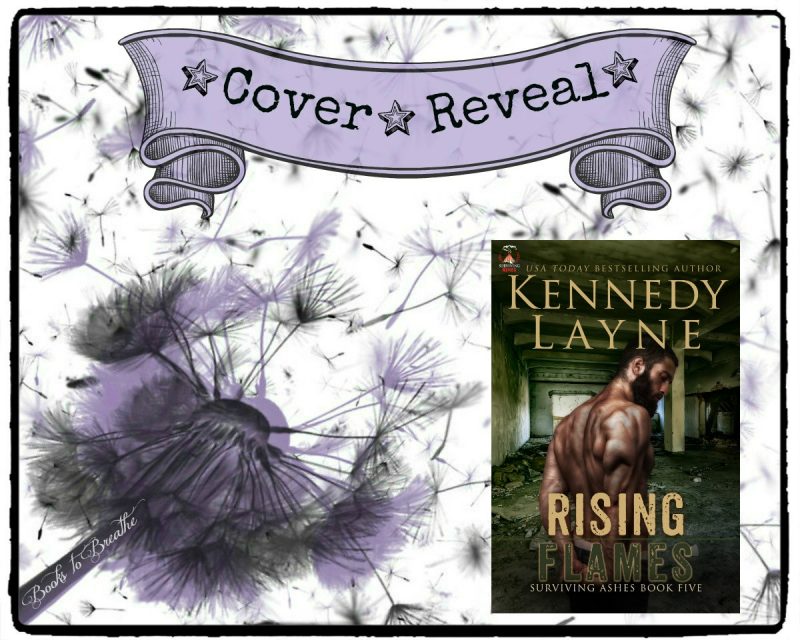 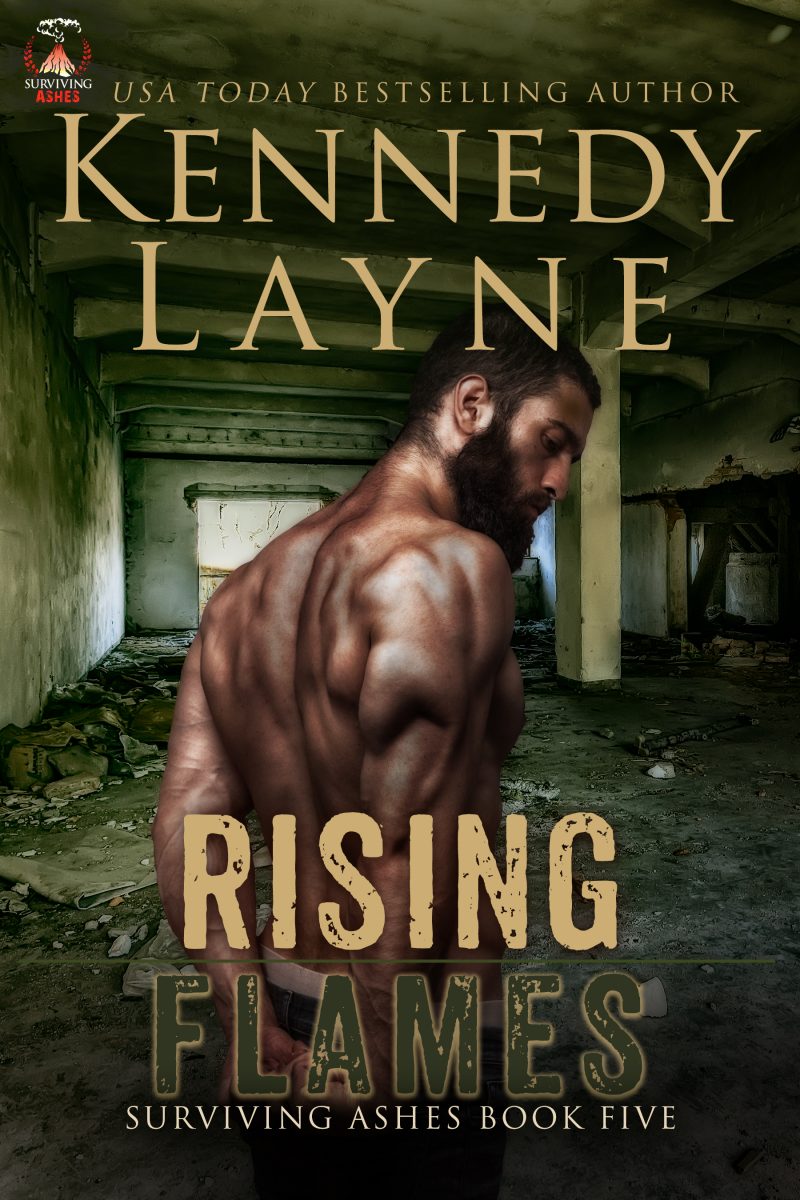 The world as they know it is about to change. The Yellowstone Caldera has erupted in an apocalyptic fashion, triggering simultaneous events around the world. The one thing that will either bring society together or rip their lives apart is the need for survival as a group. A company of former Marines will do whatever it takes to reach an area in the far recesses of northeastern Washington state, a region they feel is uniquely equipped for endurance and existence in what is left of the crumbling infrastructure of the United States. Follow along as Kennedy Layne conveys each of their stories as these brave men and women face the harsh, fiery elements of an inevitable apocalypse while encountering passion, intrigue, and suspense… 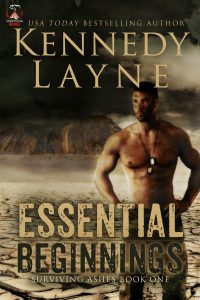 USA Today bestselling author Kennedy Layne brings you a page-turning dystopian series that will lead you through the harsh, fiery elements of an inevitable apocalypse where surviving is just the beginning…
Change is coming…

Maverick Beckett took his much needed annual vacation up to Washington State to relax with his old friends from his years in the Corps. He also had every intention of extinguishing the fires that arose between him and a certain local woman he couldn’t get out of his mind until the unthinkable happened.

Nothing is as it seems…

Henley Varano loved the simple anonymous life that her remote hometown provided. She’d had the wealthy existence of a fashion model and the fame that came with it only to find it lonelier than she could have ever imagined. Unfortunately, men only saw the fictitious person she appeared to be in the magazines and not the real woman she was–even the one man she’s wanted for years.

Surviving is just the beginning…

An apocalyptic event changes the course of their lives when the massive Yellowstone Caldera erupts. Panic ensues among the small town, causing Mav and Henley to witness the best and worst of humanity. They must work as a team to create a new existence before the fallout of harsh and fiery elements overtakes their safe haven. Along the way, they might just find that they need each other more than ever. 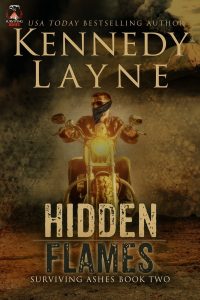 There were a few things that got Owen Quade through his multiple combat tours. One was the dream of riding a custom motorcycle on a winding mountain road. The former Marine had finally managed to complete that goal, and along the way he’d gained his own bike shop and the mechanic to go with it. She was a rare beauty, and he wasn’t talking about his bike either.

Prue Whitaker preferred working on engines over rubbing shoulders with people, and that included her boss. She’d learned the hard way that men weren’t as reliable as the hogs she could repair and she kept her distance from those who didn’t feel the same way. She’d been successful until she’d recently shared a scorching kiss with Owen.

One phone call had changed everything. A catastrophic event is on the verge of occurring, forcing them to pack up and leave everything behind. Prue is driven to trust Owen, who’s given his word that he can get her to safety. Through the endless days of darkness, passion and intrigue await them as they make their way through ashes and into the flames of tomorrow. 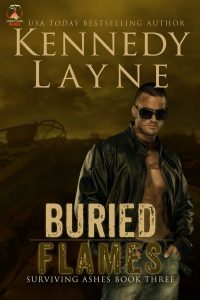 Mason Sykes had served many years in the Marine Corps for his country. His loyalty and sacrifice had left him disfigured–inside and out. He didn’t harbor regrets, especially since he’d finally found the peace and quiet he’d always desired on a Nebraska farm.

Brenna Helm was a country girl through and through, right down to her cowgirl boots. Her heart had always belonged to the acres of land that had been her family’s legacy through multiple generations. She’d only ever loved one thing more, and that was the military man who’d moved back to town a few years ago who’d come home a changed man–one who apparently wanted nothing to do with anyone.

The day the world filled with ash was the day Mason was forced to rise above his scars. Facing death off of the battlefield made him realize what he’d pushed away in the name of compassion, but that was about to change. The flames of desire he’d once felt were about to be reignited, but he first had to get Brenna to safety through the fiery, harsh new world that could claim their lives if they took one wrong step. 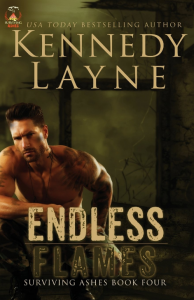 Berke Daniels has learned to live as if there is no tomorrow, because he knows firsthand it can all be taken away in a moment. His only family consists of those men he’d served with in the Corps, and he’s been thinking about leaving Texas and being closer to his brothers-in-arms.

Maxie Denikin has lived up to her father’s expectations and more in her achievements thus far as a decorated police officer. She’s dedicated her life to the law, yet had little desire to raise a family after watching her own pull apart a piece at a time. Imagine her surprise when she became a surrogate mother to a one-year-old boy who’d basically been abandoned in her arms.

Berke learned long ago to be prepared for anything, but an eruption at Yellowstone National Park hadn’t been on his top ten most likely list. He’d planned on getting out on his own and making his way to where his team had gathered, but Maxie made that impossible when she did the unthinkable–she took him into custody. Desire burns deep as they both do their best to protect a young child while eluding the fiery elements around them to reach a safe haven that isn’t as secure as they once thought