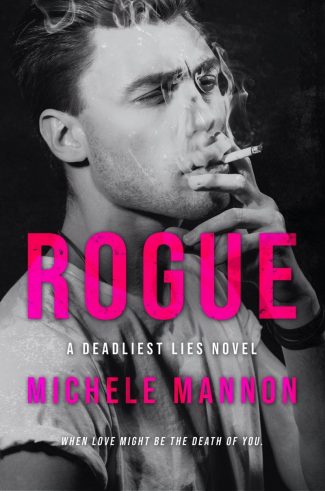 When I first laid eyes on him, I should have run the other way.

Trouble was written all over him, from the confident swagger in his stride and seductive curl of his lips, to his smug, knowing looks. Jaxson was irresistible... and I fell hard.

Then he was killed.

Now the ruthless, unforgiving boss of an underworld organization thinks I did it.

I’ve gone rogue, hell-bent on both revenge and redemption. Whatever it takes, I'm going to finish a job that began nine months ago. An unauthorized assignment that turned horribly, devastatingly wrong. My miscalculation. My fault. My heart left shattered into incomplete pieces which will never wholly fit back together again.

But first I have to outsmart the hired killer they've sent after me; a killer who knows my every move, who’s been inside my head, who owns my heart.

I'm the traitor, Kylie. The rogue mercenary. His newest assignment.

And this is our love story. 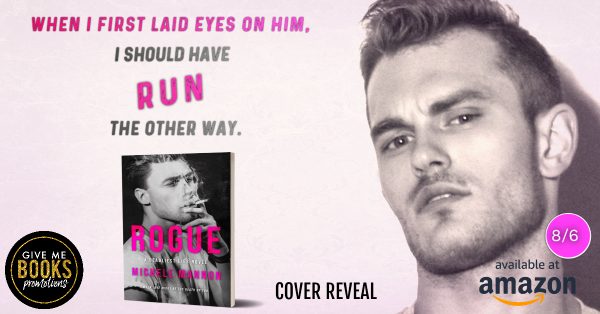 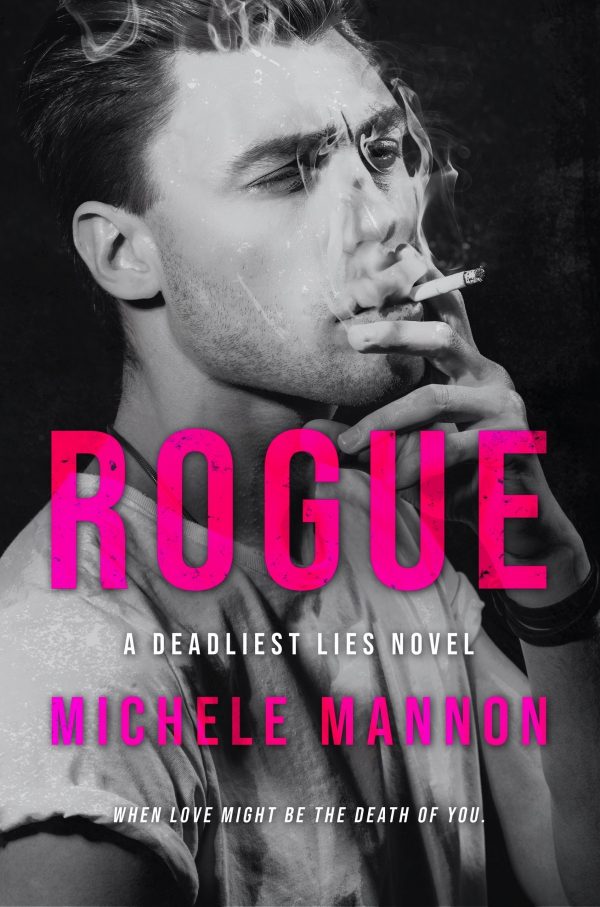 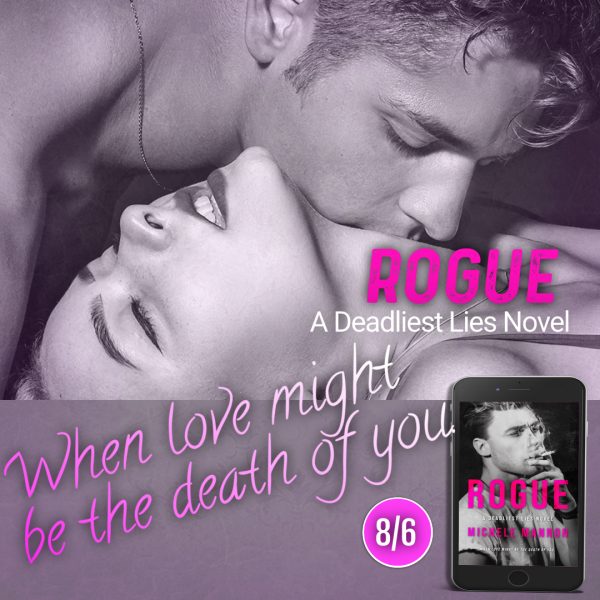 I hit the roadway, running hard and headed toward the far side of town.

Clouds roll in. Figures I left our house filled with determination only to trek back home wet and weary. Beyond weary. Tired. So bleeding tired of fighting battles no twenty-three-year-old should ever face. But these are the cards I’ve been dealt.

I’m so preoccupied with the downpour of troubles that seem to accompany the downpour of rain, I ignore the black sedan and the gravel it’s kicked up as it passes by me. Dismiss the red glare of its taillights, faintly visible through the rain. Pay no heed to how the sedan is backing up as quickly as it’d sped by me.

Too late, I stop and gesture wildly at them to continue on.

Then everything but the rain seems to pause.

The blond hairs on my arms stand at attention. It’s like being swept into a cloud of darkness, where for a split second everything is calm before all hell breaks loose. But I’m a native Oklahoman, where tornados crop up like spring daffodils. Where quick thinking and survival know-how are the name of the game.

I take off running back toward town, then pivoting on my heels, burst into a withering wheat field bordering the road.

Stalks swat my face. Mud covers my sneakers and splashes up my legs. My mind spurs on my tired body. “Faster. Go faster.” I slip and slide but am abruptly grabbed by the waistline and hauled up off my feet.

Gritting my teeth, I send my right elbow and left heel backward. Both connect hard, into my captor’s jaw and junk trunk.

He drops me. “You goddamn bitch,” I hear, but faintly. My legs are already in motion.

A different man grasps onto my arm. I turn and, using the momentum from my spin, aim the heel of my palm up into the tender flesh beneath his nose.

Blood spurts out of it like a lawn sprinkler. I’ve broken the second guy’s nose and ruined his faded white T-shirt. Before he can grab me, I dash into the thickest, healthiest crop of stalks, which better conceals me.

But it slows my progress. My sense of direction is distorted. If it’d been a clear night, the stars would guide me to safety. Today’s nothing except another miserable Shelby day. The more I think about it, the more pissed off I become. Really? After the day I’ve had? It’s barely past seven a.m. and two Shelby goons decide I’m their next source of amusement.

The only victim I am is one of circumstance.

In the morning before classes—every morning except Tuesdays, that is—I catch the bus to Dayton’s Boxing and Mixed Martial Arts Club. Sticking my nose in a book used to be my thing. But I can’t concentrate; I’ve lost the simple pleasures in life. Now I get my kicks by kicking ass. I’m a natural, or so my trainers tell me. Comes in handy when dealing with the Shelbian riffraff. Still, the odds are against me. Two men to my one woman.

I pick up the pace, ignoring the sting as the stalks smack my face, arms, legs. It’s difficult to hear anything besides the rain. Have they given up? Has my perfectly aimed cock-kick and a broken nose discouraged them? Caused them to move on to a less-pissed-off victim?

The answer comes in the form of a solid wall of muscle, which I realize too late that I’ve run right into it. On contact, the man’s chest flexes beneath my breasts. I jerk back, but instead of glaring up at him, my eyes are drawn to the little green horse embroidered onto his pale pink polo shirt. A jockeyless pony situated on the upper swell of what is the tightest, brawniest, most muscular display of pecs around, the tight pull of his shirt across his chest leaving nothing to the imagination.

I want to press my thumb against that pony, make sure my girls got it right. Except this man isn’t one of Dayton’s gym jockeys…

I bring my knee up, aiming for his privates. He laughs and neatly sidesteps me, so my knee connects with his hard, chino-clad thigh. Pain jolts through my leg and up my spine. I grit my teeth, pissed off and slightly unnerved. I send an elbow up toward his jaw. This move’s brought many a man to his knees, but he swats my elbow away. I feel his control, his power. And I know I’m in trouble.

“What are you going to pull next, fireball? Hit me over the head with that loaf of bread?” he asks, his tone deep, rich like chocolate, smooth like truffles. His voice is amused. His words grate on my nerves.

I reluctantly drop my loaf of Texas toast. He’s folded his arms across his chest, obscuring the little pony beneath his muscular arms. I stare at the spot, wondering why a preppy like him is after me. “What do you want?” My eyes skim upward and I’m greeted by smug, self-assured tilt of his lips. You, his smile seems to say. I want you.

I’m tall at five feet nine, lithe and long-legged. This man’s chin can rest on my head. A perfectly shaped chin, accompanied by high cheekbones, an aquiline nose, and as my gaze flickers across his face, deliciously full, kissable lips. He’s fair, like me. Except he’s sporting a fine line of five-o’clock shadow.

His jaw-dropping good looks snag my attention. But it’s the energy between us that knocks the wind out of me. Sexual magnetism. It’s like the air’s supercharged, undergoing some kind of chemical reaction, hot and bubbly and ready to explode. And, as that lazy smile of his broadens,

I feel my body physically responding… what the hell? “What do you want?” I repeat, in a hoarse tone. Far too affected by him than I care to admit. He makes a sound deep within his throat and I swear the crotch of my shorts are instantly wet.“

“To see if what your T-shirt says is true. 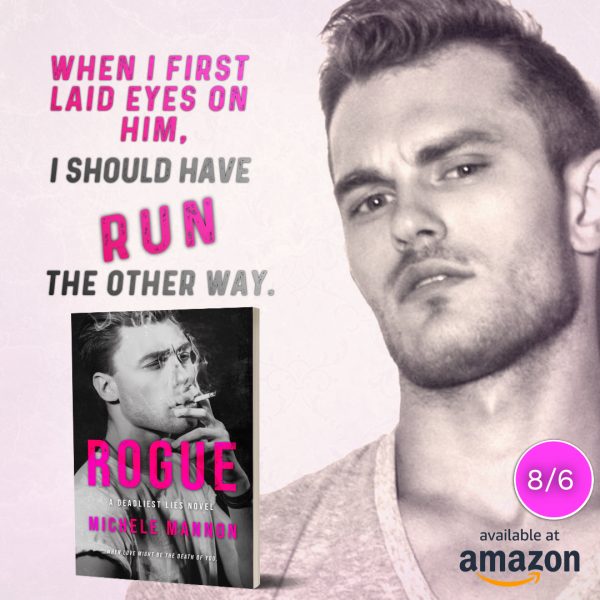 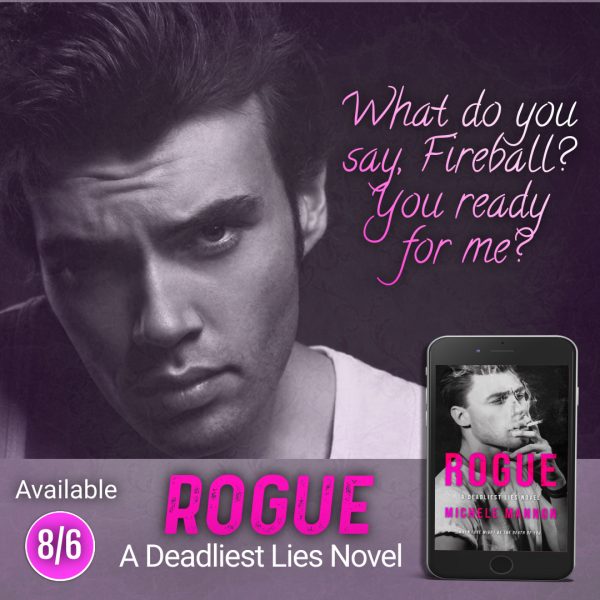 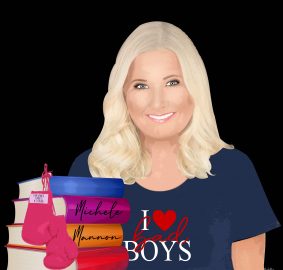 Michele Mannon has been writing romance since her first publication in 2012. A multiple recipient of Romantic Times Magazine’s prestigious TOP PICKS distinction, Michele’s books always pack a punch, leaving readers laughing out loud, or swooning and biting their fingernails at all the appropriate times.

To date, she’s written contemporary sports and spicy, enemies-to-lovers romances with a heavy dose of suspense. Her books have been sold in print, digitally, and on Audible.

Michele lives on a mountain overlooking the Delaware River, where she can be found with a glass of Riesling in her hand and a laptop on her lap.