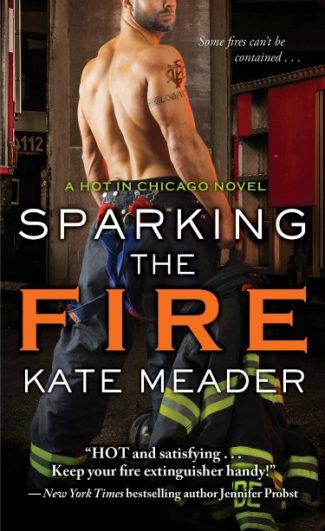 Actor Molly Cade, America’s fallen sweetheart, finally has her shot at a Hollywood comeback with a dramatic new role as a tough-as-nails firefighter that promises to propel her back to the big time and restore her self-respect. Wyatt Fox, resident daredevil at Engine Co. 6, needs a low-key job to keep him busy while he recovers from his latest rescue stunt. Consulting on a local movie shoot should add just enough spark to his day. Especially when in struts Molly Cade: the woman who worked his heart over good, and then left him in the Windy City dust.

Their story is straight out of a script: irrepressible, spunky heroine meets taciturn, smoldering hero. But these two refuse to be typecast, and when the embers of an old love are stoked, someone is bound to get burned…

Kate Meader’s blazing Hot in Chicago firefighter series has “everything you want in a romance” (RT Book Reviews, Top Pick)! The flames of desire burn out of control in this sexy third novel when ex-lovers unexpectedly reunite for a sizzling affair that will have the director yelling, “Quiet on the set!” 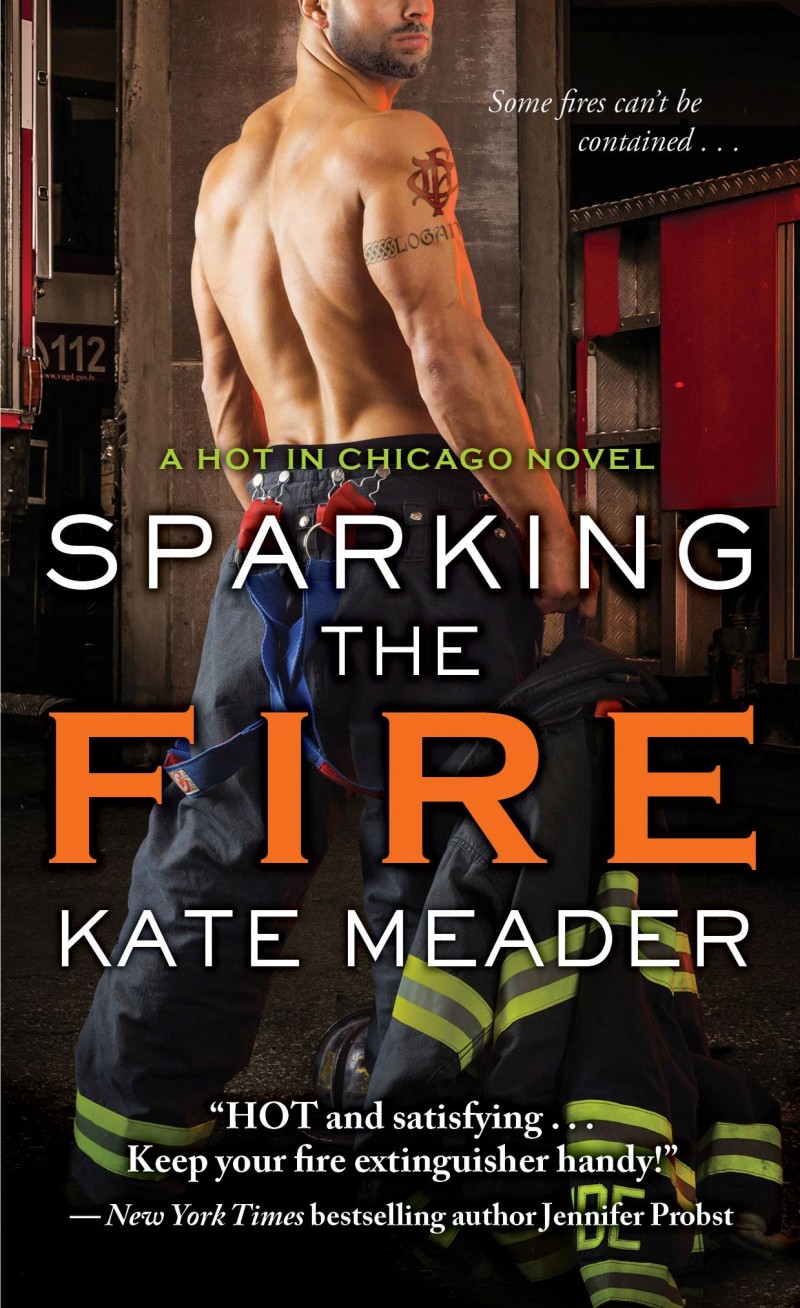 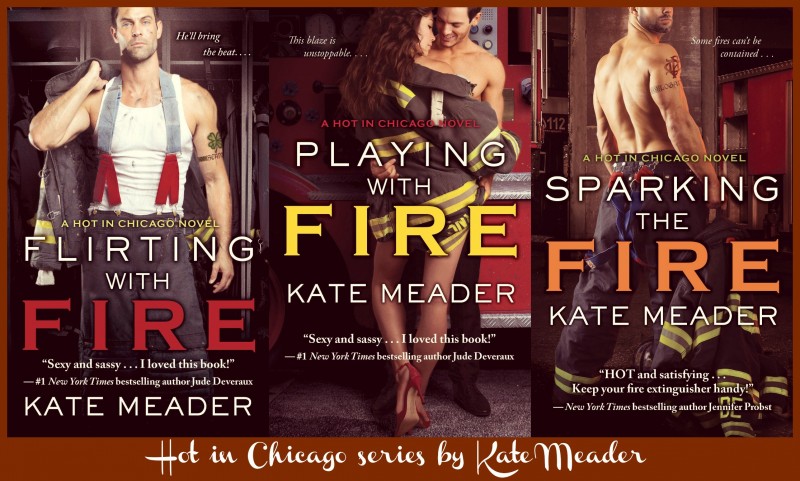 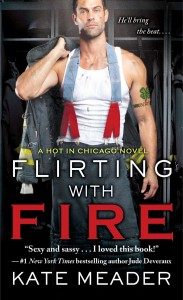 The first installment in Hot in Chicago, a brand-new, sizzling series from Kate Meader that follows a group of firefighting foster siblings and their blazing hot love interests!

Savvy PR guru Kinsey Taylor has always defined herself by her career, not her gender. That is, until she moved from San Francisco to Chicago to be with her fiancé who thought she wasn’t taking her “job” of supporting him in his high-powered career seriously enough—and promptly dumped her for a more supportive and “feminine” nurse. Now, as the new assistant press secretary to Chicago’s dynamic mayor, she’s determined to keep her eye on the prize: no time to feel inferior because she’s a strong, kick-ass woman, and certainly no time for men.

But that all changes when she meets Luke Almeida, a firefighter as searingly sexy as he is quick-tempered. He’s also the second oldest of the Firefightin’ Dempseys, a family of foster siblings who have committed their lives to the service—if Luke’s antics don’t get him fired first. When Luke goes one step too far and gets into a bar brawl with the Chicago Police Department, Kinsey marches into Luke’s firehouse and lays down the law on orders from the mayor. But at Engine Co. 6, Luke Almeida is the law. And he’s not about to let Kinsey make the rules. 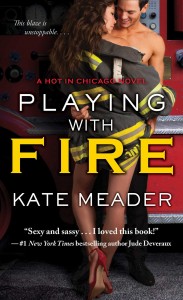 From popular romance author Kate Meader comes the second novel in Hot in Chicago, a brand-new, sizzling series that follows a group of firefighting foster siblings and their blazing hot love interests!

As the only female firefighter at Engine Co. 6, Alexandra Dempsey gets it from all sides: the male coworkers who think she can’t do the job, the wives and girlfriends who see her as a threat to their firefighter men, and her overprotective foster brothers who want to shelter their baby sister at all costs. So when she single-handedly saves the life of Eli Cooper, Chicago’s devastatingly handsome mayor, she assumes the respect she’s longed for will finally come her way. But it seems Mr. Mayor has other ideas…

Eli Cooper’s mayoral ratings are plummeting, his chances at reelection dead in the water. When a sexy, curvaceous firefighter gives him the kiss of life, she does more than bring him back to the land of the living—she also breathes vitality into his campaign. Riding the wave of their feel-good story might prop up Eli’s flagging political fortunes, but the sizzling attraction between them can go nowhere; he’s her boss, and there are rules that must be obeyed. But you know what they say about rules: they’re made to be broken…

Originally from Ireland, Kate cut her romance reader teeth on Maeve Binchy and Jilly Cooper novels, with some Mills & Boon thrown in for variety. Give her tales about brooding mill owners, oversexed equestrians, and men who can rock an apron or a fire hose, and she’s there. Now based in Chicago, she writes sexy contemporary romance with alpha heroes and strong heroines who can match their men quip for quip.