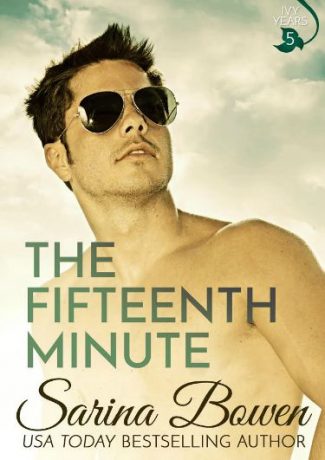 ​Freshman Lianne Challice is known to millions of fans as Princess Vindi. But sometimes a silver screen sorceress just wants to hang up her wand, tell her manager to shove it, and become a normal college student. Too bad that’s harder than it looks.

She’s never lived a normal life. She hasn’t been to school since kindergarten. And getting close to anyone is just too risky — the last boy she kissed sold the story to a British tabloid.

But she can’t resist trying to get close to Daniel "DJ" Trevi, the hot, broody guy who spins tunes for hockey games in the arena. Something's haunting his dark eyes, and she needs to know more.

DJ's genius is for expressing the mood of the crowd with a ten second song snippet. With just a click and a fade, he can spread hope, pathos or elation among six thousand screaming fans.

Too bad his college career is about to experience the same quick fade-out as one of his songs. He can't get close to Lianne, and he can't tell her why. And the fact that she seems to like him at all? Incredible. 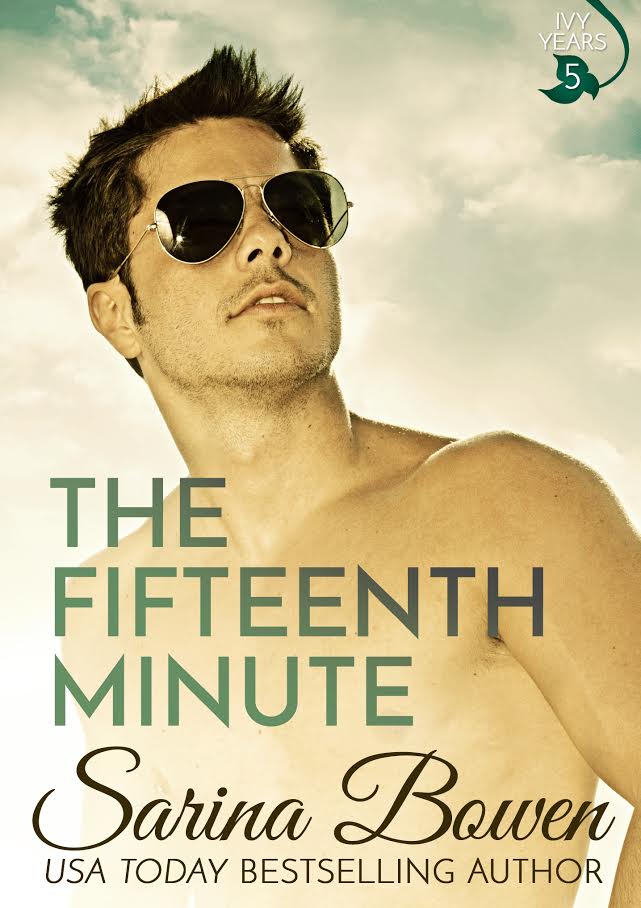 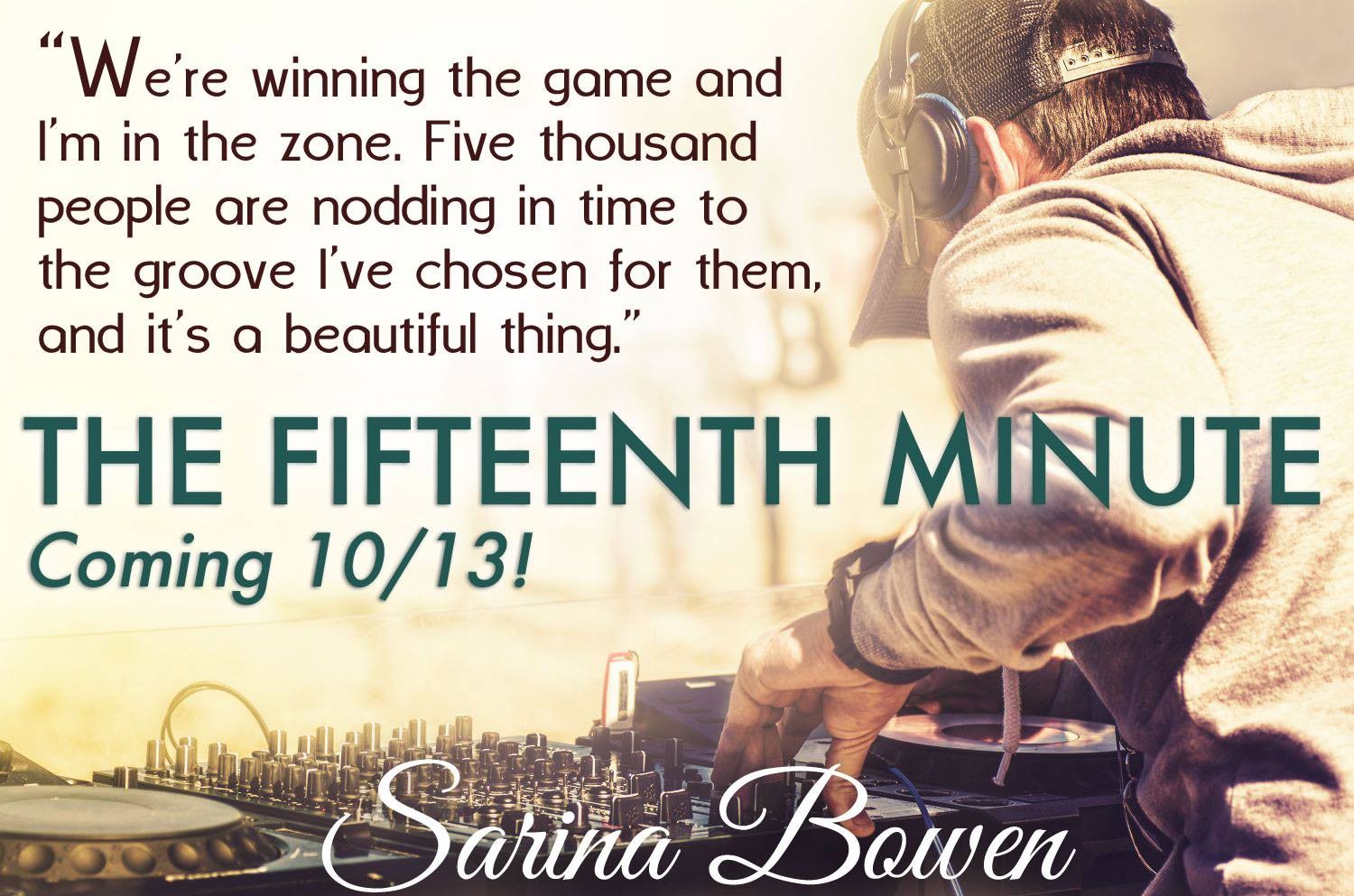 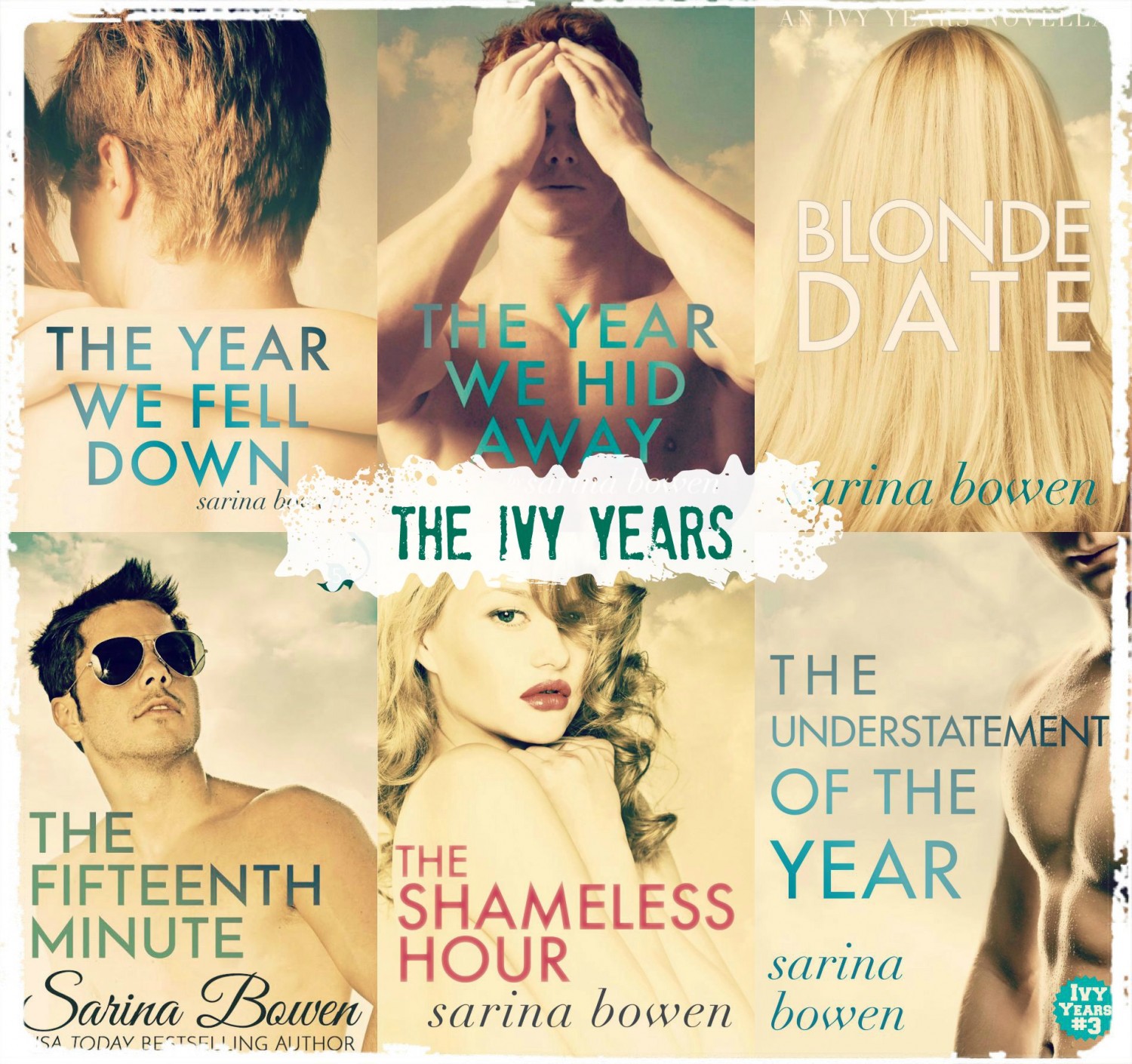 The Year We Fell Down 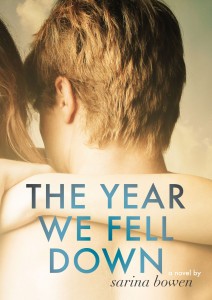 The sport she loves is out of reach. The boy she loves has someone else. What now?
She expected to start Harkness College as a varsity ice hockey player. But a serious accident means that Corey Callahan will start school in a wheelchair instead.

Across the hall, in the other handicapped-accessible dorm room, lives the too-delicious-to-be real Adam Hartley, another would-be hockey star with his leg broken in two places. He’s way out of Corey’s league.
Also, he’s taken.

Nevertheless, an unlikely alliance blooms between Corey and Hartley in the “gimp ghetto” of McHerrin Hall. Over perilously balanced dining hall trays, and video games, the two cope with disappointments that nobody else understands.

They’re just friends, of course, until one night when things fall apart. Or fall together. All Corey knows is that she’s falling. Hard.

But will Hartley set aside his trophy girl to love someone as broken as Corey? If he won’t, she will need to find the courage to make a life for herself at Harkness — one which does not revolve around the sport she can no longer play, or the brown-eyed boy who’s afraid to love her back.

The Year We Hid Away 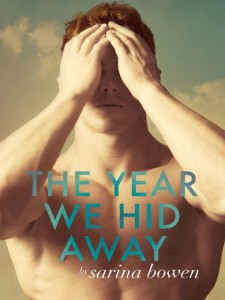 She’s hiding something big. He’s hiding someone small.
Scarlet Crowley’s life was torn apart the day father was arrested for unspeakable crimes. Now the shock has worn off, but not the horror.

It’s a safe bet that Scarlet is the only first year at Harkness College who had to sneak past TV news trucks parked on her front lawn just to leave town. But college will be Scarlet’s fresh start. Clutching a shiny new student ID — with a newly minted name on it — she leaves it all behind. Even if it means lying to the boy she’s falling for.
Bridger McCaulley is a varsity hockey star known for being a player both on and off the ice. But a sobering family crisis takes that all away. Protecting his sister means a precarious living arrangement and constant deception. The only bright spot in his week is the few stolen hours he spends with Scarlet.

The two form a tentative relationship based on the understanding that some things must always be held back. But when grim developments threaten them both, going it alone just won’t work anymore. And if they can’t learn to trust one another now, the families who let them down will take everything they’ve struggled to keep. 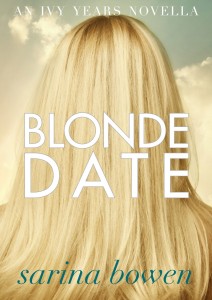 A blind date. A nervous sorority girl. A mean-spirited fraternity prank. What could go wrong?
As a sorority pledge, there are commandments that Katie Vickery must live by. One: thou shalt not show up for the party without a date. Two: the guy shall be an athlete, preferably an upperclassman.

Unfortunately, Katie just broke up with her jerkface football player boyfriend. Even worse, her last encounter with him resulted in utter humiliation. She’d rather hide under the bed than attend a party where he’ll be.

Yet staying home would mean letting him win.

Enjoying herself tonight was out of the question. She could only hope to get through the evening without her blind date noticing that he was spending the evening with a crazy person.

Andrew Baschnagel is living proof that nice guys don’t finish first. He’s had his eye on Katie since the moment her long legs waltzed into his art history class. So when her roommate sets Andy up to be Katie’s date, he’d be crazy to say no. Unfortunately, he doesn’t have a lot of practice with either girls or parties. Yet.

The Understatement of the Year 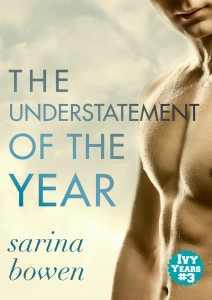 Five years ago, Michael Graham betrayed the only person who ever really knew him. Since then, he’s made an art of hiding his sexual orientation from everyone. Including himself.

So it’s a shock when his past strolls right into the Harkness College locker room, sporting a bag of hockey gear and the same slow smile that had always rendered Graham defenseless. For Graham, there is only one possible reaction: total, debilitating panic. With one loose word, the team’s new left wing could destroy Graham’s life as he knows it.

John Rikker is stuck being the new guy. Again. And it’s worse than usual, because the media has latched onto the story of the only “out” player in Division One hockey. As the satellite trucks line the sidewalk outside the rink, his new teammates are not amused.

And one player in particular looks sick every time he enters the room.

Rikker didn’t exactly expect a warm welcome from Graham. But the guy won’t even meet his eyes. From the looks of it, his former… best friend / boyfriend / whatever isn’t doing so well. He drinks too much and can’t focus during practice.

Either the two loneliest guys on the team will self destruct from all the new pressures in their lives, or they can navigate the pain to find a way back to one another. To say that it won’t be easy is the Understatement of the Year. 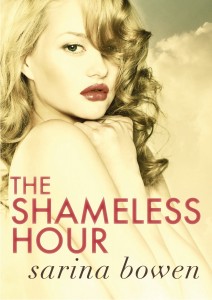 The girl who’s had everyone meets the boy who has no one.

For Bella, the sweet-talking, free-loving, hip-checking student manager of the Harkness men’s hockey team, sex is a second language. She’s used to being fluent where others stutter, and the things people say behind her back don’t (often) bother her. So she can’t understand why her smoking hot downstairs neighbor has so much trouble staying friends after their spontaneous night together. She knows better than to worry about it, but there’s something in those espresso eyes that makes her second guess herself.

Rafe is appalled with himself for losing his virginity in a drunken hookup. His strict Catholic upbringing always emphasized loving thy neighbor–but not with a bottle of wine and a box of condoms. The result is an Ivy League bout of awkwardness. But when Bella is leveled by a little bad luck and a downright nasty fraternity stunt, it’s Rafe who is there to pick up the pieces.

Bella doesn’t want Rafe’s help, and she’s through with men. Too bad the undeniable spark that crackles between the two of them just can’t be extinguished.