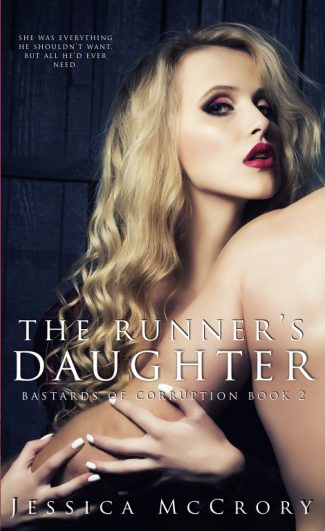 She was everything he shouldn't want. But all he'd ever need.

FBI agent Caid King has fought long and hard to end the corruption within his organization. After the fall of Clayton Matthews, he returns to New York with his head held high and his eye on the next target. He never could have imagined that the dangerous man he’s set his sights on would have ties to the beautiful and mysterious Jemma.

Jemma Saige thought she had it all figured out. Her rules for survival were simple. Keep your head down, your bags packed, your running shoes on. But when she meets a man at her local gym, their attraction threatens to break the last and most important of those rules: don’t get tied down.

Now with Jemma’s secrets out in the open, and both her and Caid’s lives on the line, can they find a way to work together? Or will Caid turn his back on the runner's daughter? 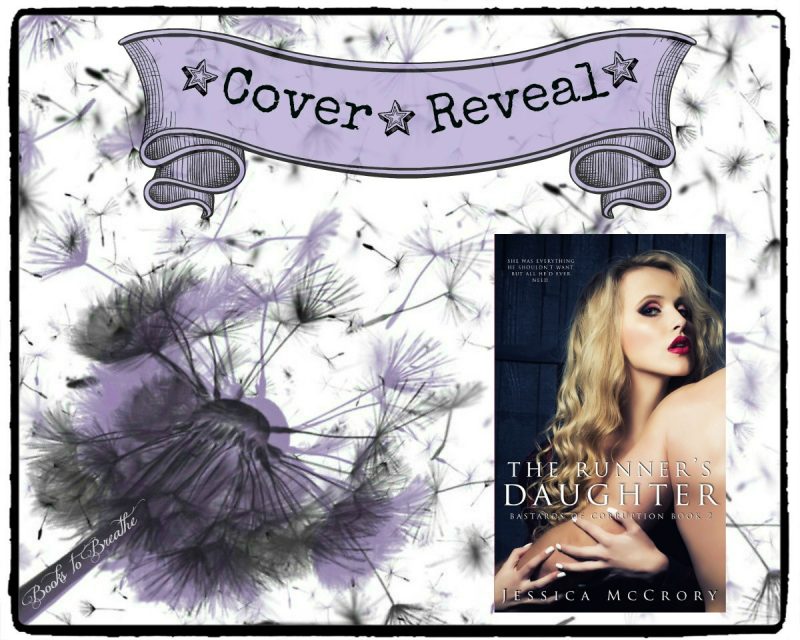 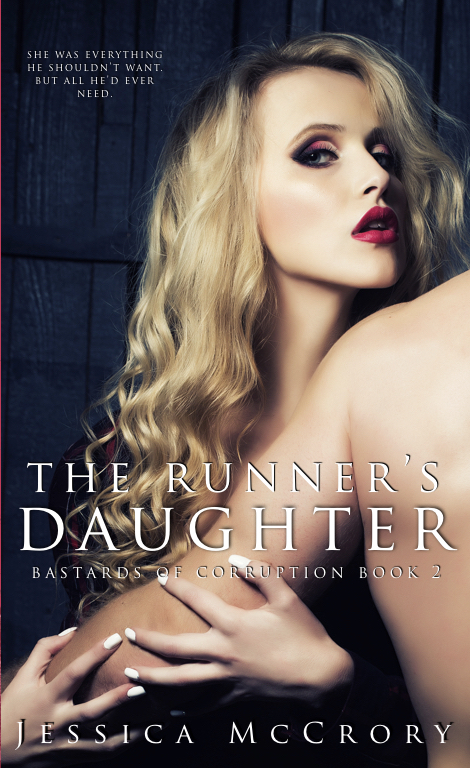 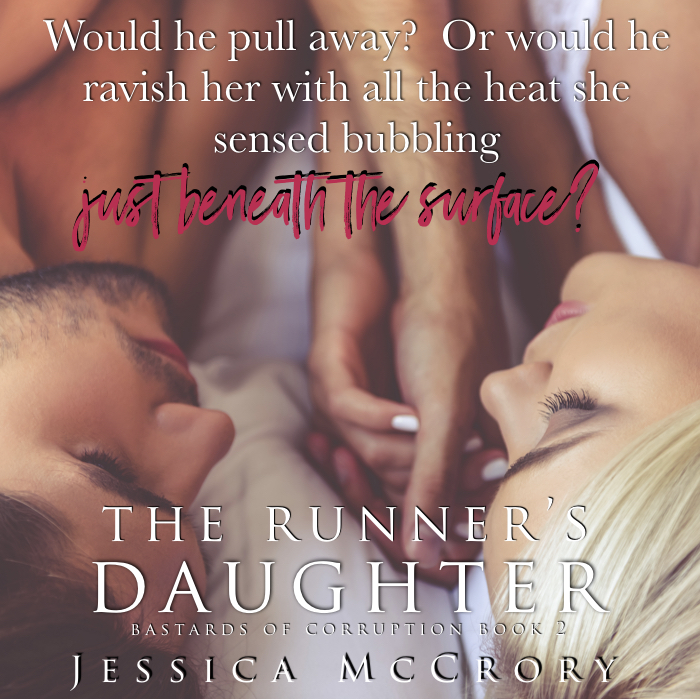 Jemma woke while everyone was still sleeping. She could feel breath on her neck, and it caused goose bumps to raise on her body. Caid was pressed against her back and wrapped around her as if he were afraid she would try to escape.

Her sleep-addled mind had her body pressing back against him, and his arm tightened around her waist. Through the thin fabric of her shorts and tank, she could feel every hard ridge of his body, and her heart began to pound beneath her breast.

Unsure of her next move, or what even she was thinking, she rolled so that she was facing him. His eyes were closed, so she took a moment to visually trace the lines of his face. What would that rough stubble feel like against her bare skin? she wondered. How would his lips feel if she just leaned forward and pressed her own to them? Would he pull away? Or would he ravish her with all the heat she sensed bubbling just below the surface?

She lifted her hand and traced her finger lightly down the curve of his strong jaw. He opened his eyes, and for a moment they simply stared at each other while her finger rested on his cheek.

When he leaned toward her, she didn’t pull away, and as his arm tightened around her waist once again, she closed the distance between them and pressed her lips to his. The second they met, her body came alive. Heat scorched them, and she opened her mouth under his. She groaned, and he rolled her over so he was pressing right against where she desperately wanted him the most.

The sound of a cough had them separating so quickly you would have thought one of them had been burned. A quick look around the room proved it had only been one of the girls coughing in their sleep.

Jemma and Caid stared at each other from opposite sides of the bed, both breathing heavily and leaving them each wondering what in the hell had just happened between them. 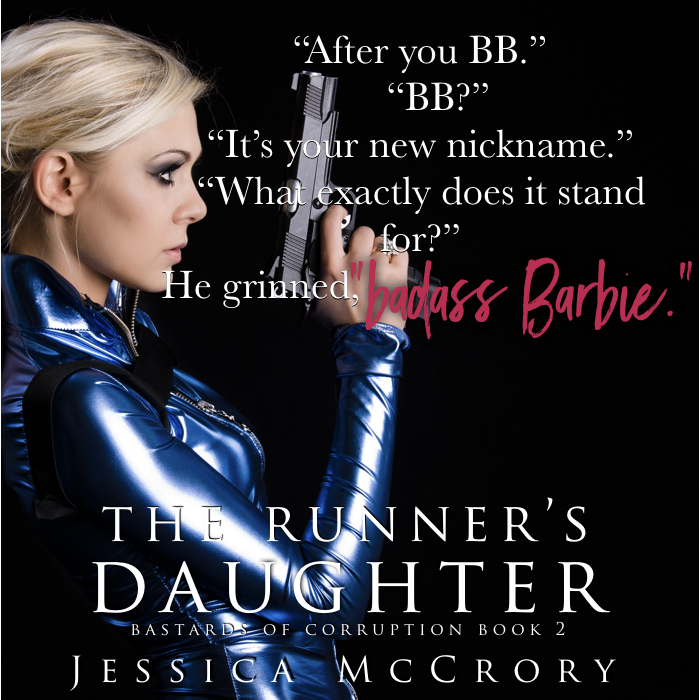 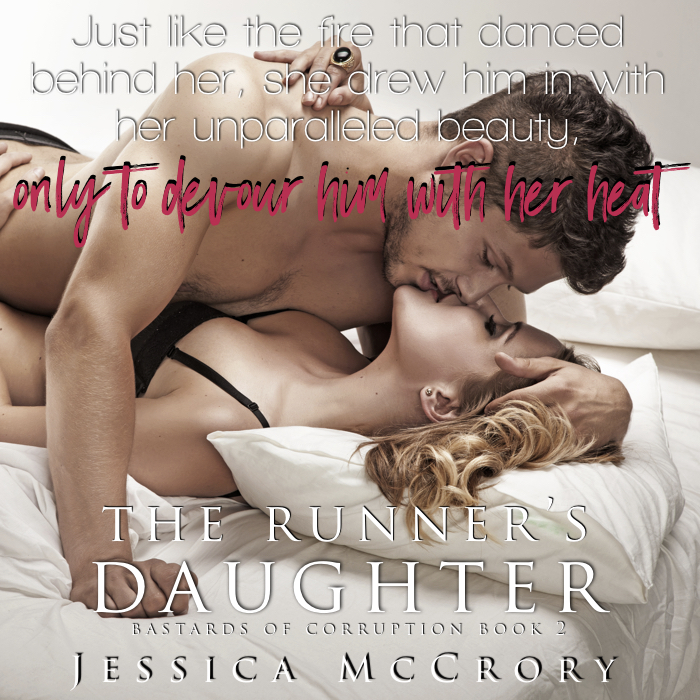 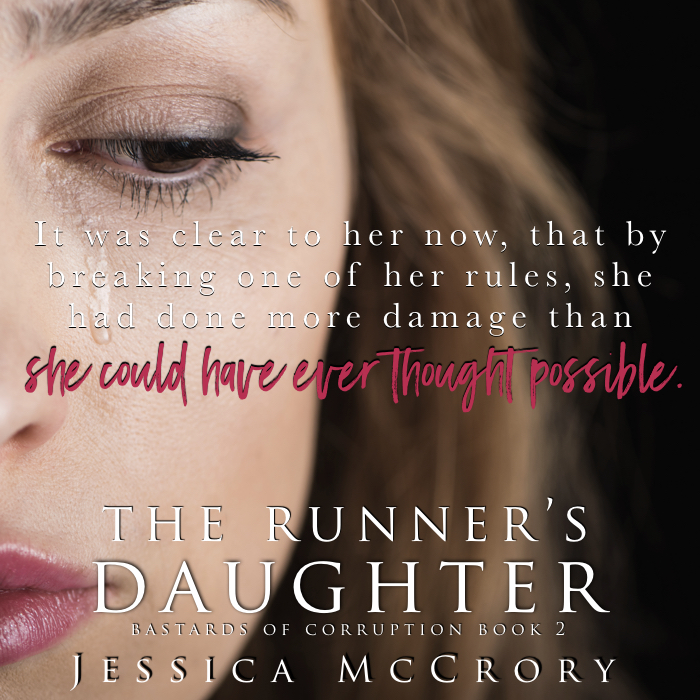 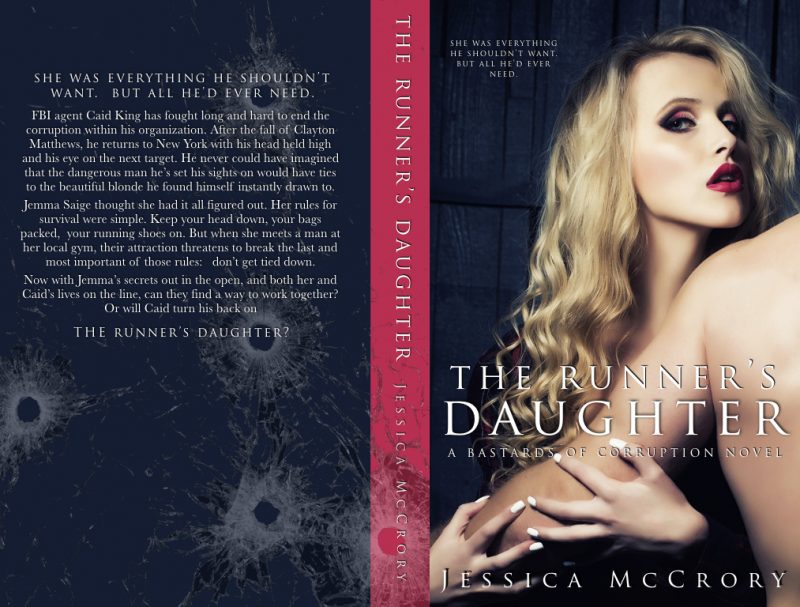 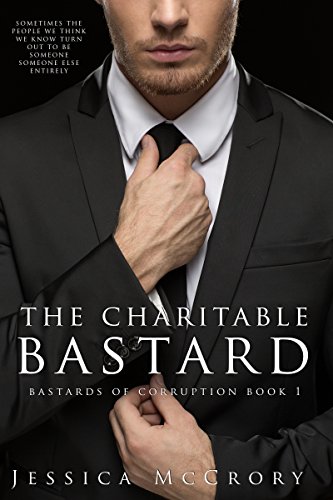 Norah McNamara thought she had found the perfect man. Sure, he had his anger issues, but given his charity work, she believed Clayton Matthews’s good qualities far outweighed the bad. What she didn’t count on however, was the secret life he lived behind the scenes of his generous organization.

Harley Andrews is damn good at his job. An ex-cop turned private enforcer, Harley is brought in to investigate Clayton Matthews, instead Harley finds himself putting everything on the line to protect the bastards beautiful fiancé.

After an unforeseen attack during one of Clayton’s charity banquets, Harley throws himself into a spray of bullets to protect Norah. And as Norah finds herself thrown into Clayton’s dark world, she discovers she has only one man to count on, and it’s not her fiancé. Because as it turns out, Clayton Matthews was quite the charitable bastard.

I have always had a love of stories and the different worlds you are able to explore when you crack open the cover to a good book.

I was born in California and moved to Texas with my family when I was a teenager. I have always been an avid reader and have been writing stories since I was a kid! It has always been a dream of mine to have my stories published and it is beyond exciting to see that dream coming true!

I have a caffeine addiction, I am a wine (red!!) lover (my favorite being Crush by Dreaming Tree!) and I love T-shirts (the kind with the hilarious sayings on them). I am OBSESSED with the TV show Scrubs and I watch it constantly. I have an amazing husband who is more supportive than I could have ever hoped for, two sweet kiddos (who keep my life wonderfully eventful), two dogs, a rabbit, and most recently Hefty Smurf the beta fish.

Growing up, reading was my way to escape reality whether it was good or bad at the time and I want my stories to offer readers the same kind of adventure I have sought out in between the covers of a book.