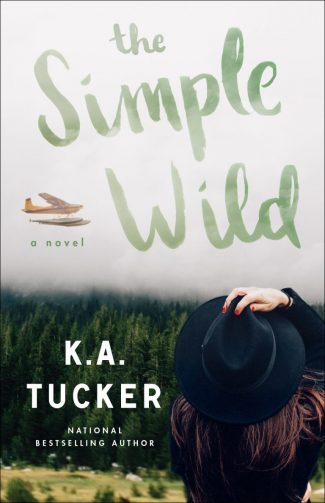 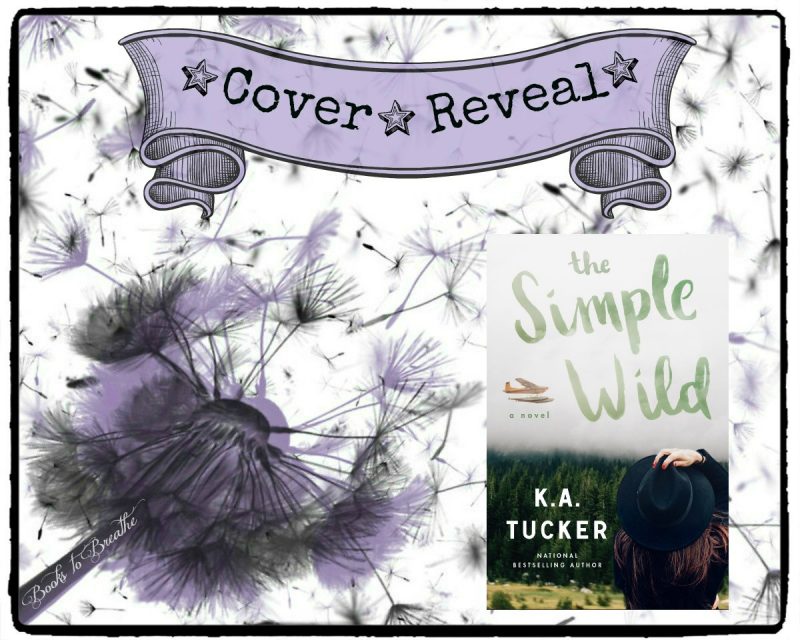 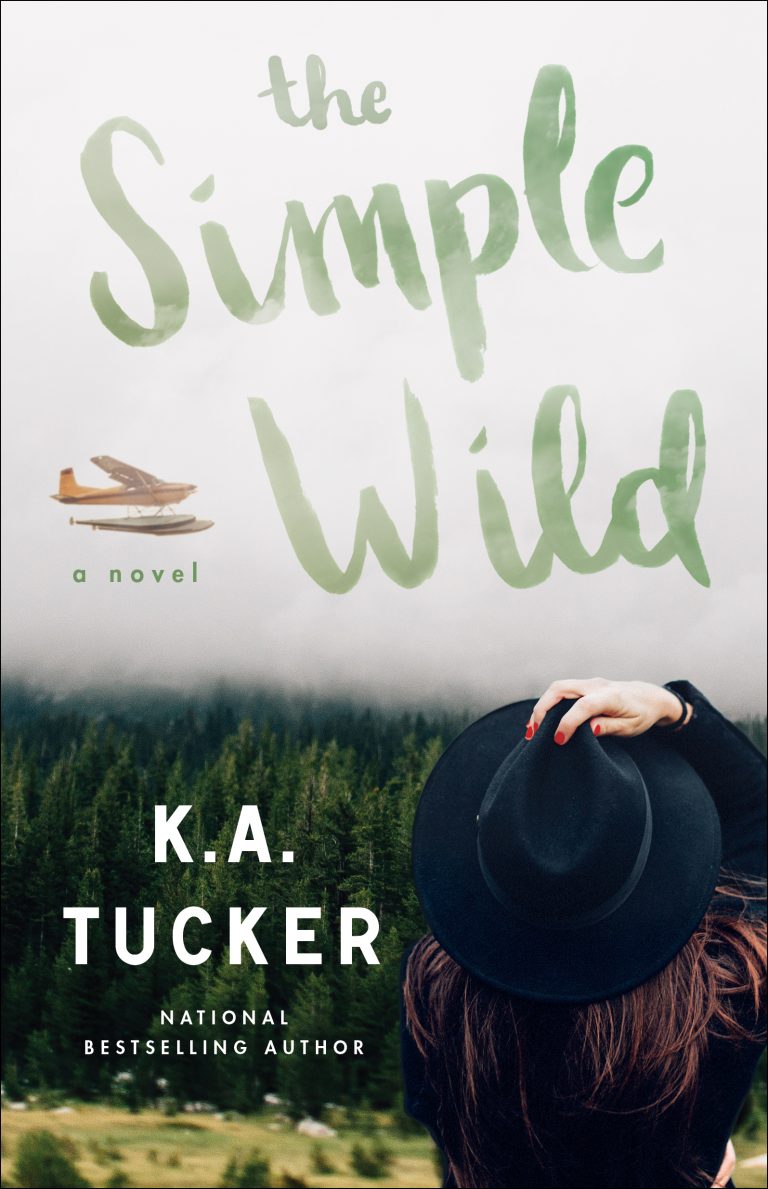 Wren sets the two navy suitcases next to the stroller and then reaches for the cigarette precariously perched between his lips, taking a long, slow drag. He releases the smoke into the crisp air. “Just these?”

“And the diaper bag.” I inhale the musky odor. I’ve always hated the smell of tobacco. I still do, except on Wren.

“Right. I’ll go and get that,” he says, dropping the cigarette to the snowy ground and crushing it with his boot. He clasps his calloused hands together and blows into them as he rushes back out to the tarmac, shoulders curled inward, to where the Cessna that delivered us here awaits its hour long flight home to Bangor.

I quietly watch, huddled in my plush, down-filled coat against the icy wind, fiercely holding onto the resentment I’ve been carrying for months. If I don’t, I’ll quickly be overwhelmed by the pain of disappointment and impending loss, and I won’t be able to go through with this.

Wren returns and settles the hefty red bag on the asphalt, just as a grounds worker swings by to collect my belongings. They exchange pleasantries, as if this is just any other passenger delivery, before the man shuttles my things away.

Leaving us in tense silence.

“So, what time do you get in?” Wren finally asks, giving the perpetual sable brown scruff on his chin a scratch.

“Noon, tomorrow. Toronto time.” I pray Calla can handle ten hours of traveling without a meltdown. Though, that might distract me from having my own meltdown. At least the next plane is substantial, unlike the tiny things Wren insists on flying. God, how on earth did I ever think marrying a born-and-bred bush pilot was a good idea?

Wren nods to himself, and then pulls our sleepy daughter out of the stroller and into his arms. “And you? Are you ready for your first big plane ride?” His wide grin for his daughter makes my heart twist.

For the hundredth time, I wonder if I’m being the selfish one. If I should grit my teeth and bear the misery, the isolation of Alaska. After all, I made the bed I’m running from now. My father was quick to remind me of that when I admitted to my parents that life with Wren isn’t as romantic as I convinced myself it would be. When I admitted that I’ve cried at least once a day for the past year, especially during the painfully long, cold, dark winters, when daylight is sparse. That I hate living in the last great American frontier; that I crave being close to my family and friends, and the urban bustle of my childhood. In my own country.

A deep frown line forms in Wren’s forehead as he plants a kiss on our happy, oblivious seventeen-month-old’s nose and sets her onto the ground. She struggles to toddle around, her stocky body bundled in a thick bubblegum pink snowsuit to keep the cold wind at bay. “You know you don’t have to leave, Susan.”

As quickly as I’d been softening, I harden again. “And what? Stay here, and be miserable? Sit at home with Calla while you’re out flying all day long? Hang out under a happy lamp for the next five months? I can’t do it anymore, Wren. Every day is harder than the last.” At first I thought it was postpartum depression, but after months of flying back and forth to Anchorage just to talk to a therapist and refill a prescription of antidepressants that did little more than make me sluggish, I’ve accepted that it has nothing to do with hormones. And here I was, naïve enough to think Alaskan winters would be manageable, having grown up in Toronto. That being married to the love of my life would outweigh the challenges of living here. That my adoration for this man—the attraction between us—would be enough to overcome anything Alaska threw at me.

Wren slides his hands into the pockets of his navy checkered down vest, focusing his attention on the giant green pompom atop Calla’s knit hat.

“Have you at least looked into flights over Christmas?” I dare ask, my last-ditch attempt.

“I can’t take that much time off, you know that.”

“Wren, you own the company!” I throw an arm toward the plane he brought us to Anchorage in, to the “Alaska Wild” logo across the body. There are dozens more with the same logo that make up the Fletcher family business, a charter company left to him after his dad passed away five years ago. “You can do whatever the hell you want!”

“People are counting on me to be here.”

He heaves a sigh and rubs the wrinkles from his brow. “We can’t keep going ‘round in circles like this. You knew when you married me that Alaska is my home. You can’t just change your mind now, and expect me to up and abandon my entire life.”

Hot tears burn against my cheeks. I furiously smear them away. “And what about my life? Am I the only one who’s ever going to sacrifice in this relationship?” I never planned on falling head over heels for an American charter pilot while I was in Vancouver for a bachelorette party, but I did and since then, it’s been all on me to keep us together, and I’ve done it with the reckless fervor of a woman madly in love. I moved across the country to British Columbia and enrolled in a horticultural program, just so I could be closer to Alaska. And then, when I found out I was pregnant, I dropped out of school and moved to Bangor, so we could marry and raise our child together. Only, most days I feel like I’m a single parent, because Wren’s always at the damn airport, or in the air, or making plans to be.

And what am I left with? Dinner plates that grow cold from waiting, a toddler who asks for “dada” incessantly, and this inhospitable subarctic soil that I’m lucky to grow weeds in. I’ve just kept on giving this man parts of me, not realizing that I was losing myself in the process

Wren looks past me, watching a commercial plane as it takes off from the nearby international airport. He looks desperate to be back in the air, away from this never-ending fight. “I want you to be happy. If going back to Toronto is what you need to do, then I’m not going to stop you.”

He’s right, we can’t keep doing this, especially if he’s not willing to sacrifice anything to keep me around. But how can he just let us go like this? When I announced that my ticket is one-way, he did little more than grunt. Then again, I shouldn’t be surprised. Expressing feelings has never been one of Wren’s strengths. But for him to simply fly us here and set our belongings on the cold, hard ground next to us…

Maybe he doesn’t love us enough.

I hope that my mother is right, and a few months without a wife to cook his meals and warm his bed will jog a change in perspective. He’ll realize that he can fly planes anywhere, including Toronto.

He’ll realize that he doesn’t want to live without us.

He settles those sharp grey eyes on me; the ones that ensnared me four years ago. If I had any idea how much heartache the ruggedly handsome man who sat down next to me at a bar and ordered a bottle of Budweiser would cause… “So, I guess I’ll see you when you’re ready to come home.” There’s a rare touch of hoarseness to his voice, and it nearly breaks my resolve.

But I hang onto that one word to give me strength: Home.

That’s just it, Alaska will never feel like my home. Either he truly doesn’t see that, or he simply doesn’t want to.

I swallow against the painful ball in my throat. “Calla, say goodbye to your daddy.”

“Bye-bye, da-da.” She scrunches her mitten-clad hand and gives him a toothy grin.