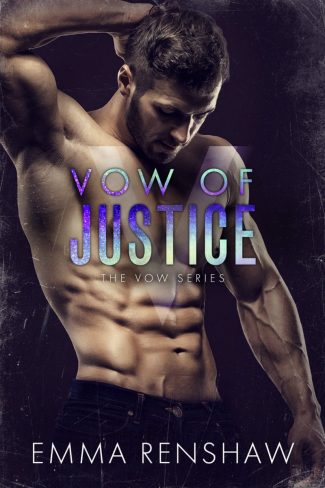 She’s been betrayed by everyone she trusted.

Daphne has been keeping her past a secret from everyone in her new life. Her best friend doesn’t even know her real name. All she wants is her quiet life with foster animals and the justice she finds through crime scene photography. She’s built a wall around herself to stay safe. That was until the rugged detective crashed into her world.

He lives for the honor of his badge.

For Maddox, rules and routine are necessary. He has been living with the sole focus of making up for his past mistake. A mistake that almost cost him everything.

The wild and quirky photographer was a distraction that he didn’t need, but her beauty is impossible to ignore. With one snap of Daphne’s shutter, her past comes back to taunt her and puts her life in danger. Every answer Maddox finds only brings more questions. As a spark flares between them, Maddox finds he wants to protect her more than his badge.

When Maddox and Daphne get too close, someone is watching and keeping them in their crosshairs and they’ll do anything to keep them in the dark. 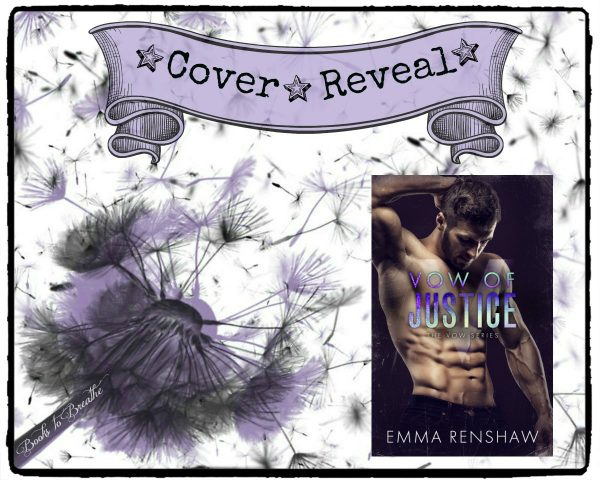 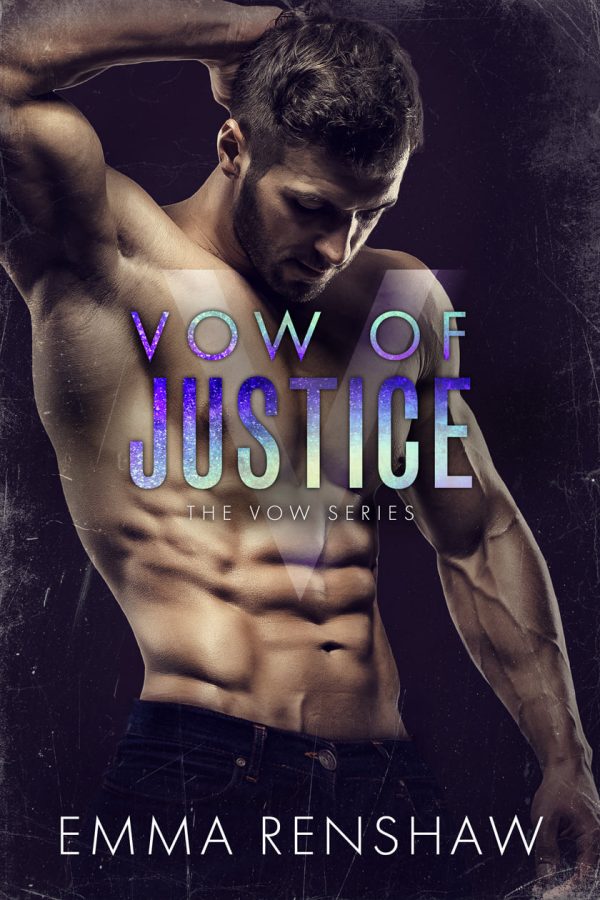 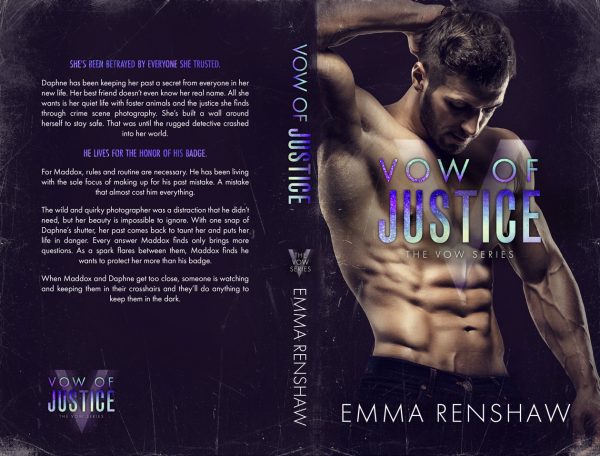 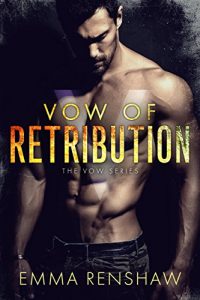 She had everything stolen from her in a blink of an eye. He watched his mistakes turn him into a man he didn’t recognize.

Learning to fight was never on the top of Savannah’s list of things to do. Until learning to defend herself was the only option she had. To keep her focus she’s had to build walls around her heart. Trust isn’t a risk she can afford—especially when her past could catch up with her at any moment. But Liam…

Liam will do whatever it takes to win Savannah’s love. But he has his own battles to wage, his own redemption to win. Trying to balance both may cost him everything.

When flames engulf them, will they be able to rise from the ashes? 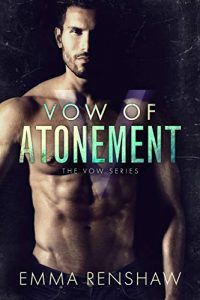 A bossy Army vet determined to atone for his mistakes with the only girl he’s ever loved. A sassy boutique owner trying to shield her broken heart.

Roman stole every part of Harper’s heart and soul over a decade ago and left without giving her back the pieces. She’s spent the past decade trying to forget him and everything he made her feel.

When a mysterious figure shows up, changing her life with just a few sentences, she does the unthinkable—calls the man who left her shattered all those years ago.

Roman storms back into Harper’s life with a vengeance, determined to prove he is worthy of a second chance. He vows to keep her safe from the danger that has darkened her door.

But they’re both pawns in someone else’s game. And this vow might just be broken before the game is over… 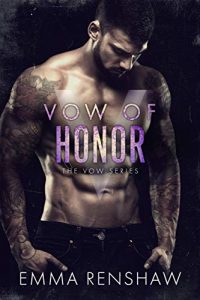 I can’t stand Tatum from the second she walks into the room. Everything about her puts me on edge—from her small delicate curves to the smile that she refuses to lose.

There’s nothing she loves more than to piss me off. She’s infused herself in every part of my life, taking away the silence I crave. I’d walk away if I could. If I hadn’t been shot. If I didn’t need physical therapy. If I could resist her.

I only kiss her to shut her up. I didn’t expect it to turn into the hottest moment of my life with our clothes scattered on the floor. The one-time thing turns into something neither of us expects.

When my guard drops and secrets are revealed, I’ll do anything to protect Tate. We have enemies lurking around every corner.

Will my vow of honor cost me the one thing I can’t live without? 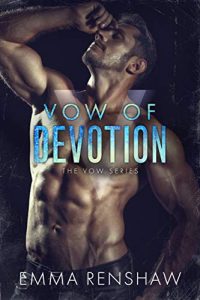 That’s all it takes for me to know I wanted Ava for more than one night. She takes a single look at me and only sees a player.

The young, single mom doesn’t give her trust easily. Convincing her I want more than a one night stand is the best thing I’ve ever done until it all crashes down around me.

As I’m framed for crimes I didn’t commit, I fight to prove my innocence and battle to convince Ava and her daughter to stay.

When the stakes rise, will I be able to prove my vow of devotion? 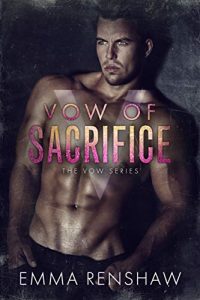 She fled from the depths of hell, her life barely intact.

Iris is finally living a peaceful life away from all that she fears. She’s ready to come out of hiding and start living again.

He walked away from a life no one is supposed to escape.

Callan’s been looking over his shoulder for the past two years. There’s a reason they say the mafia is for life. Now, in a new city, and as the guardian of his sister, he has the chance to create a life he can be proud of.

Iris’s world is rocked off its axis when she meets her new neighbor with turquoise eyes and a protective streak a mile wide. Soon the chemistry between them sparks to life and it’s not long before passion consumes them. But their pasts are never too far away…

When those he loves the most are threatened, will the cost of his sacrifice be his own life? 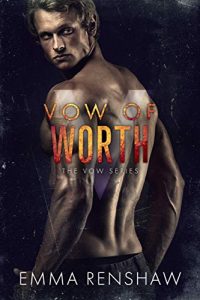 Caroline never thought she was good enough, always believing that little voice in the back of her head.

For the first time, Caroline is determined to ignore those feelings. She’s living for herself, loving her job as a vet, making a difference. Her simple and easy life was everything she could want, except for one thing…

He’s never let anyone see beneath his carefully crafted façade.

Kiernan has always been fun at a party. But he’s tired of no one expecting more from him than a good time. He’s ready for a purpose, to do something good in the world.

From the moment he walks into Caroline’s clinic, she knows who he is. The high school crush who never had a clue she existed. His handsome face threatens to bring up all her self-doubt. But that was the old her.

When Caroline is threatened, she knows exactly whose doorstep to turn up on. Kiernan vows to protect her, but it’s more than a job from the beginning.

She is his purpose. He is her missing piece.

But before they can discover everything they’ve been missing, a killer may take it all from them… 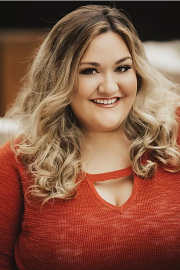 Emma loves to write, just don’t ask her to write about herself. If she isn’t writing, you can find her lost in a book or trying to get her doggo to take a selfie with her. He usually refuses. At the end of the day, you can find Emma at the closest Mexican restaurant eating queso and sipping on a Diet Coke. She lives in Texas with her husband and dog. 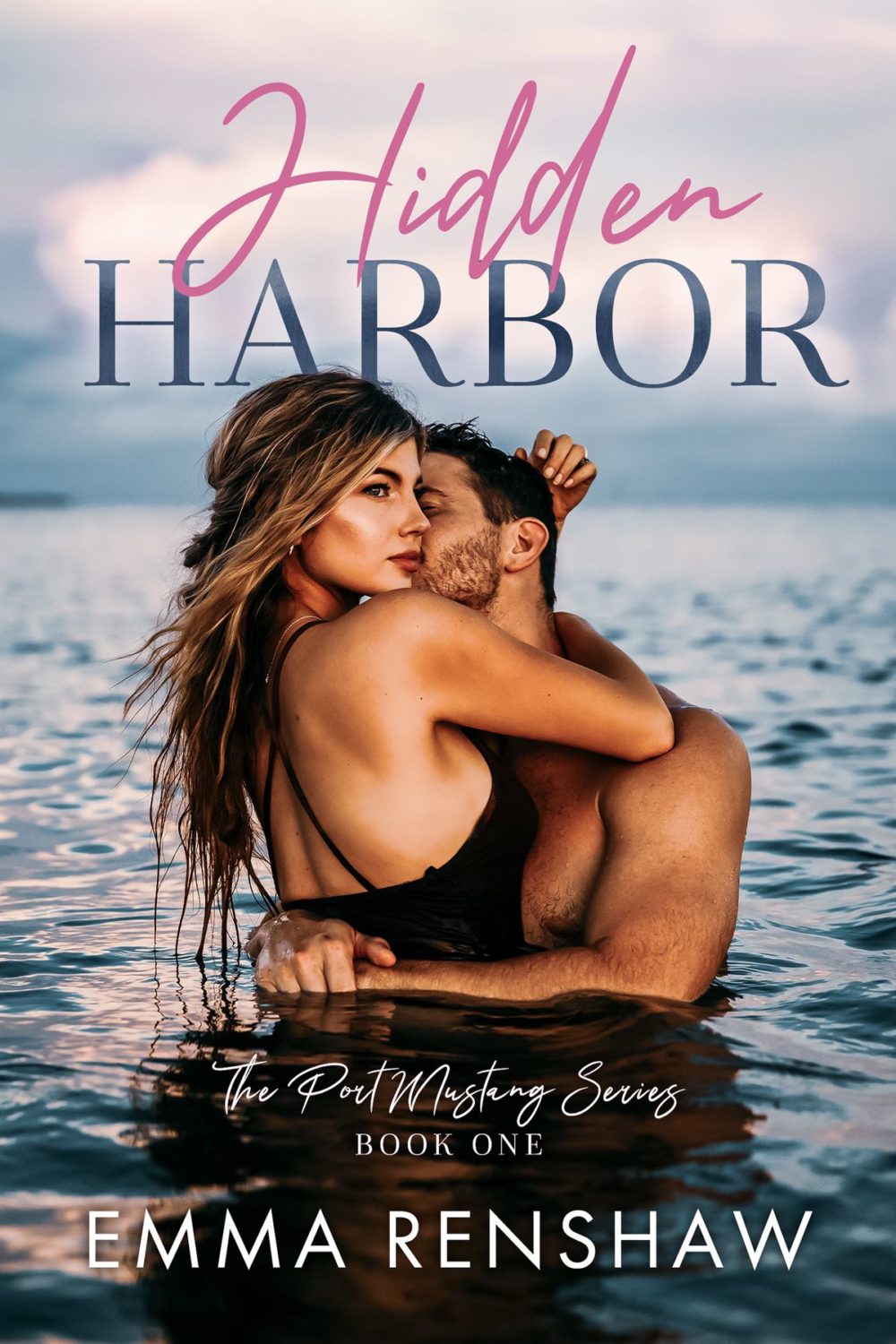