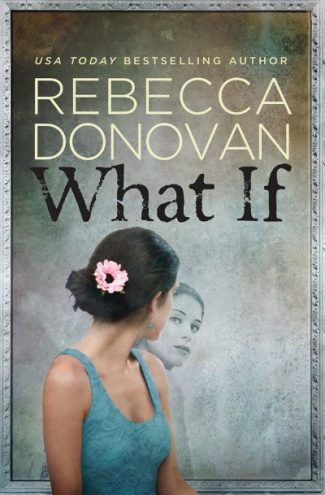 A new novel by the USA Today and Wall Street Journal bestselling author of The Breathing Series . . . What if you had a second chance to meet someone for the first time?Cal Logan is shocked to see Nicole Bentley sitting across from him at a coffee shop thousands of miles from their hometown. After all, no one has seen or heard from her since they graduated over a year ago.Except this girl isn't Nicole.She looks exactly like Cal's shy childhood crush, but her name is Nyelle Preston and she has no idea who he is. This girl is impulsive and daring, her passion for life infectious. The complete opposite of Nicole. Cal finds himself utterly fascinated-and falling hard. But Nyelle is also extremely secretive. And the closer he comes to finding out what she's hiding, the less he wants to know.When the secrets from the past and present collide, one thing becomes clear: Nothing is what it seems. 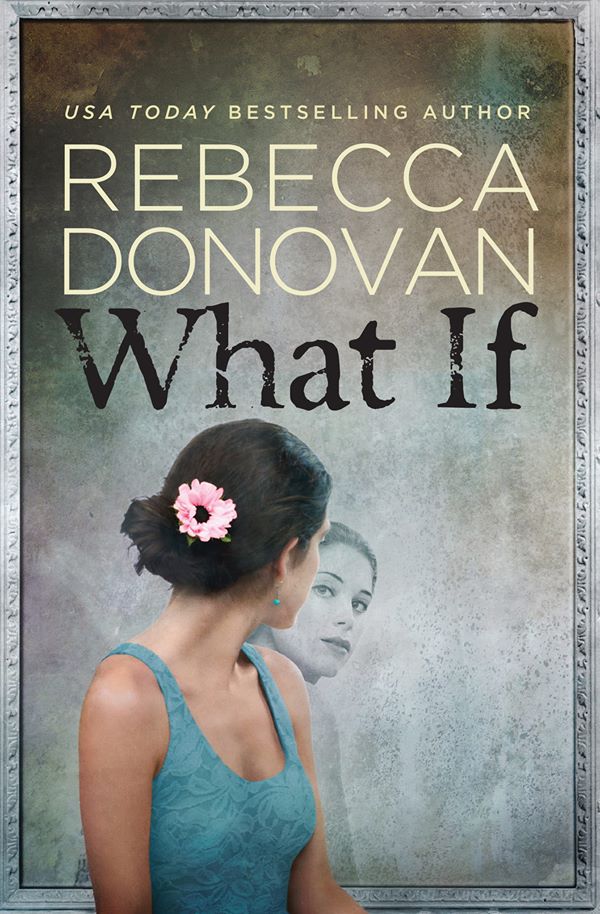 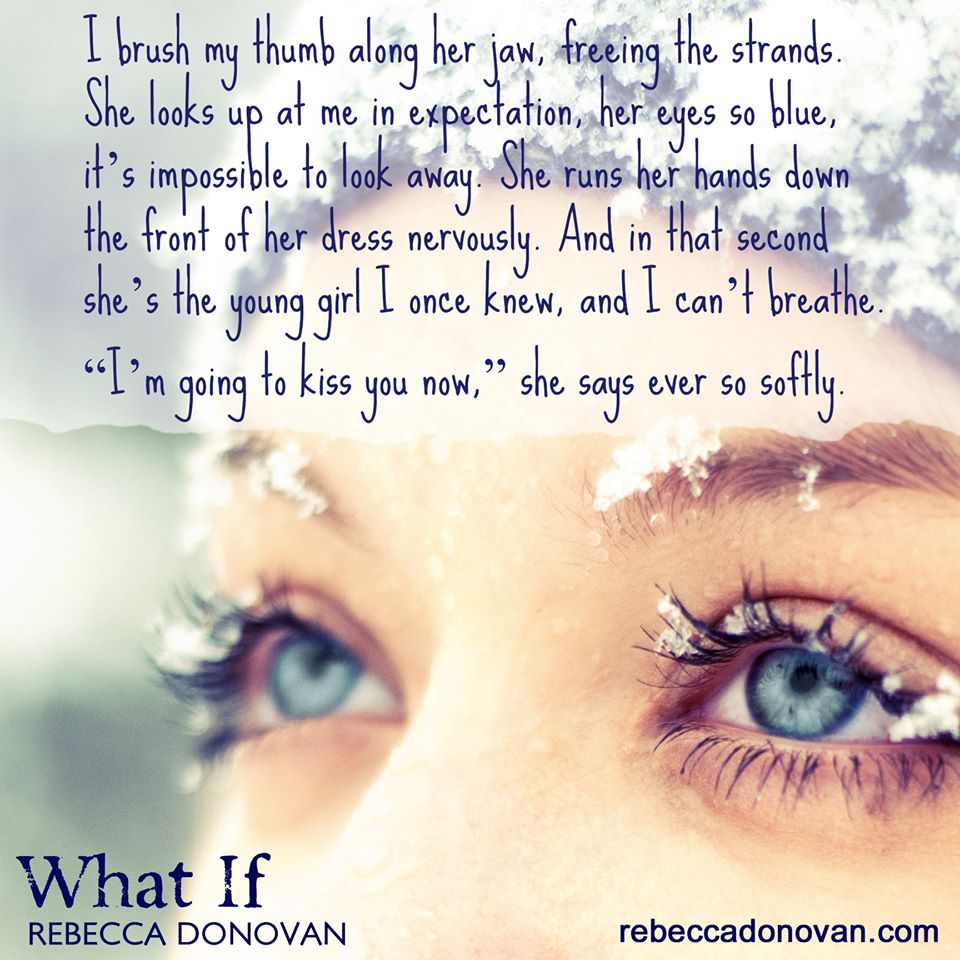 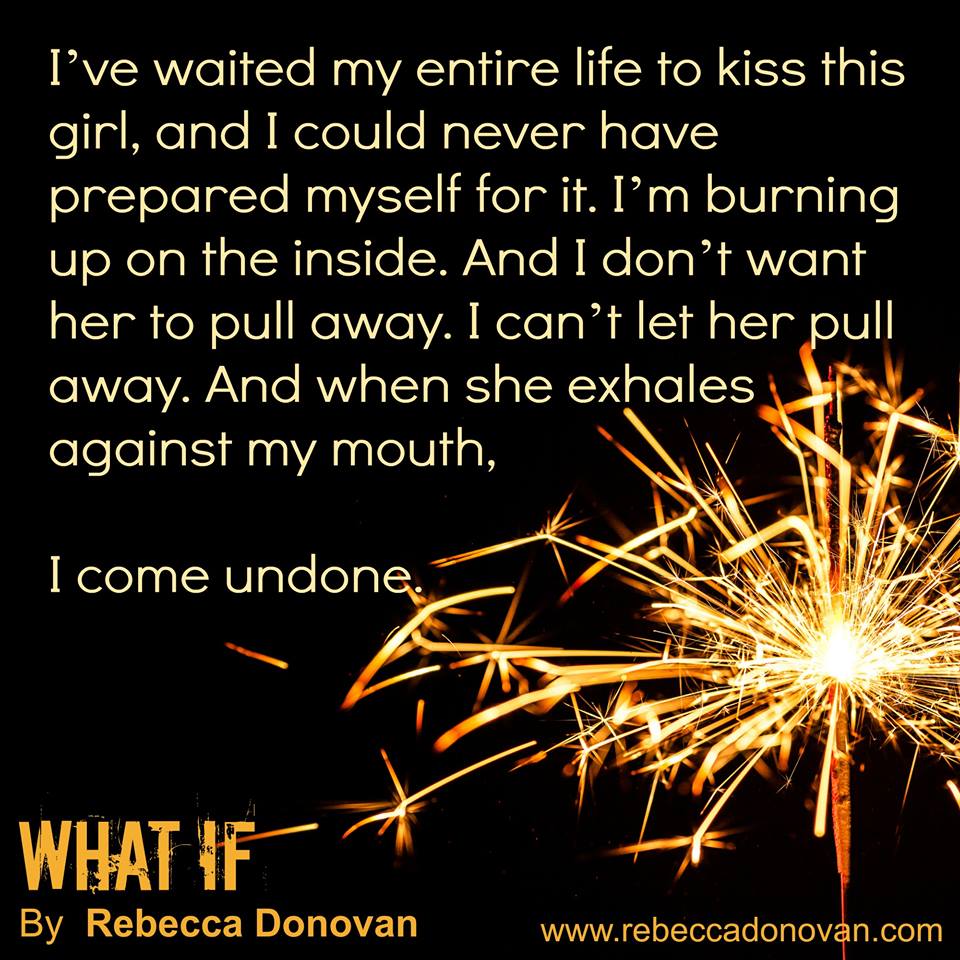 Rebecca Speaks About What If

By nature, I’m a control freak. An impulsive control freak at that. I get an idea, and I want it done. Right at that very moment. If I can see it in my head, then I want to figure out a way to make it happen.

My mind never shuts off. It keeps me up at night, plaguing me with vision after vision. Insomnia and I are well acquainted. I have six stories in my head, waiting for their turn to talk to me. There’s places I want to visit, causes I’d like to support, concerts to experience, while guiding my son to be the best human possible. I have no idea how to sit quietly and relax… it seems impossible.

Knowing this about myself, the hardest lesson I have had to learn is that I am not in control of my creativity. I am at its mercy. And that does not bide well with a control freak. I have a concept for a story. I know what I want it to be about, who will be in it, and how it will end. But it doesn’t mean I can write it.

Writing WHAT IF made me question everything. Even my approach to writing. I started this story more than five times. I thought I could write it in three months. It took seven. I tried to plot my points and write from beginning to end like I’ve always done. I ended up writing out of order, within the past and the present, in three different points of view. I thought it was going to be a fun, light love story. It is NOT.

WHAT IF was supposed to be my reprieve from the emotional gutting I’d just been through with The Breathing Series.  A cleansing, if you will. That’s not what ended up happening.

This story messed with my head. It challenged me since conception. Writing was counterintuitive since the story is told by a twenty-year-old college guy – which I am not. I had to lose myself to his voice, suppressing my own. There was a point that I considered quitting, and trying another project. However, this story was determined to be told, but in its own way. (Besides… I don’t know how to give up.) In the end, I experienced a creative process I could never have predicted.

There are so many layers to this story. Everything is connected – moments, words, even colors. It’s easy to just enjoy it for what it is when you read it. But if you look closely, you’ll see the interwoven lines of the web that you’re caught within. Everything is on purpose.

And I’m so very proud of this story. It’s taught me so much about myself as a writer. Patience being the hardest lesson (that I am still trying to learn). It is unlike anything I’ll ever write. But that’s what I hope to say about each story I create. And after everything I went through, I wouldn’t change a thing.

So it is with great pleasure that I announce that I’ve signed with Grand Central Publishing and they plan to release the eBook of WHAT IF in September 2014 and the paperback in January 2015.

I will keep you apprised of the details as I continue to work with them. I have some amazing things planned for promoting WHAT IF as well that I want you to be a part of! 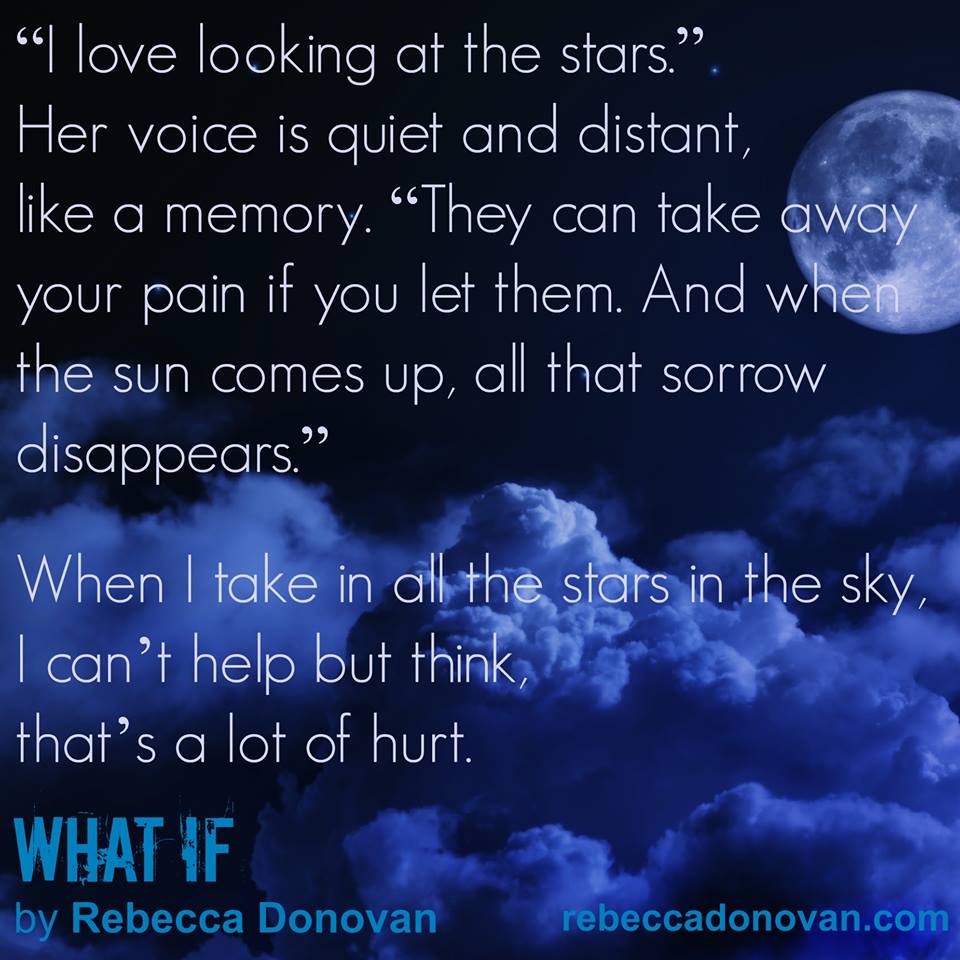 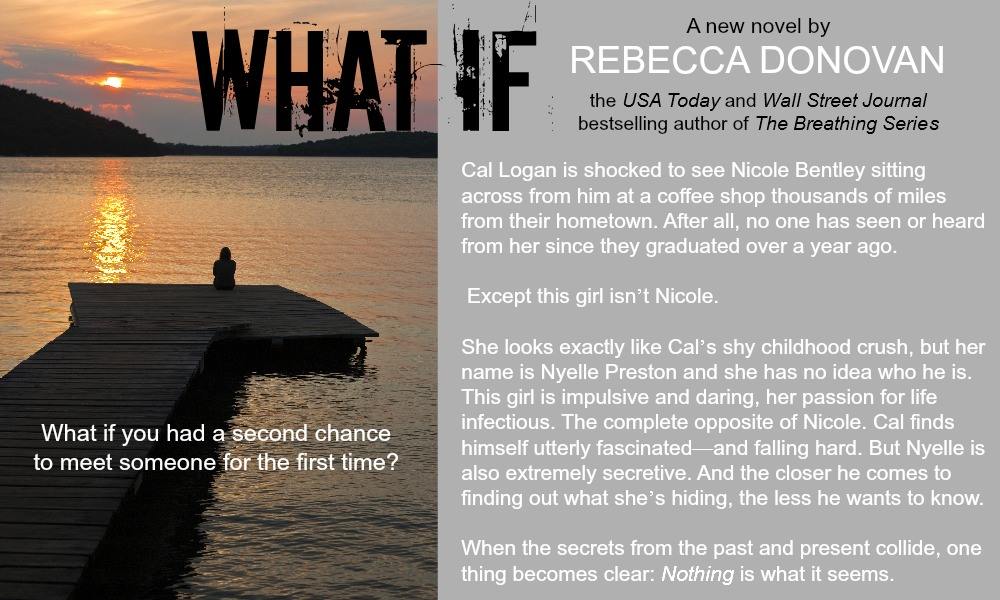 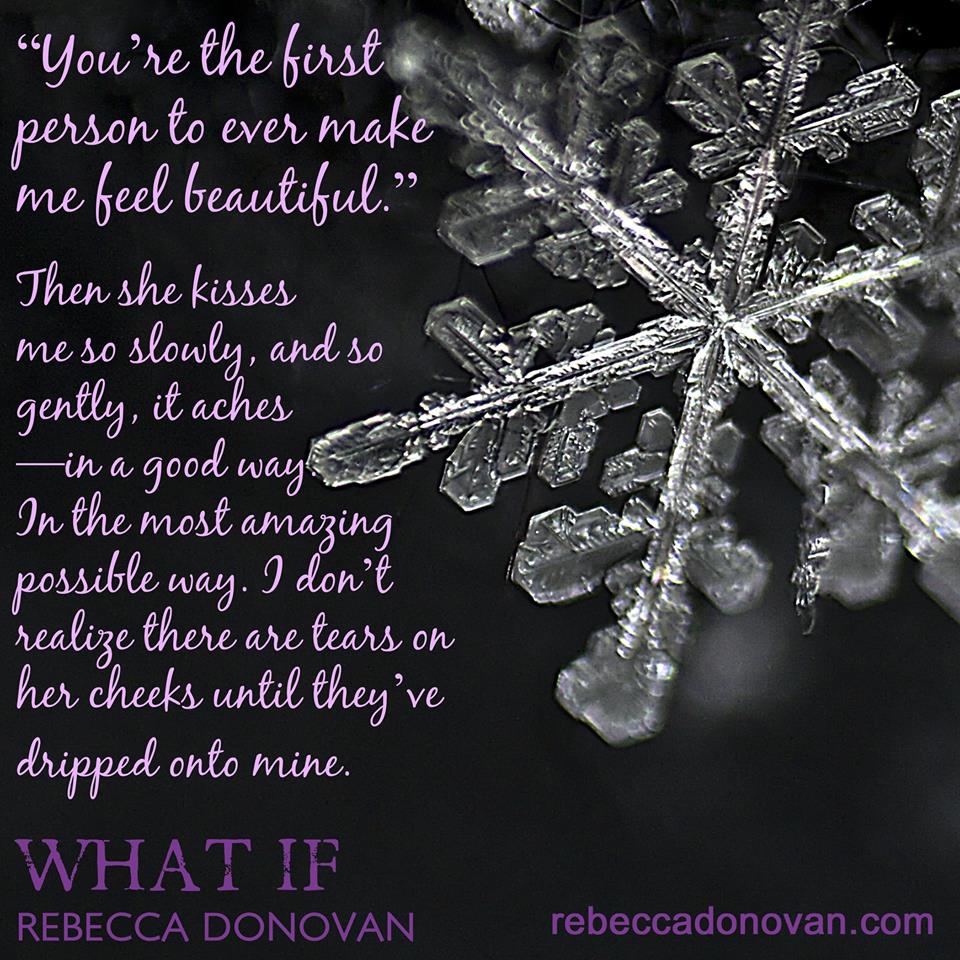 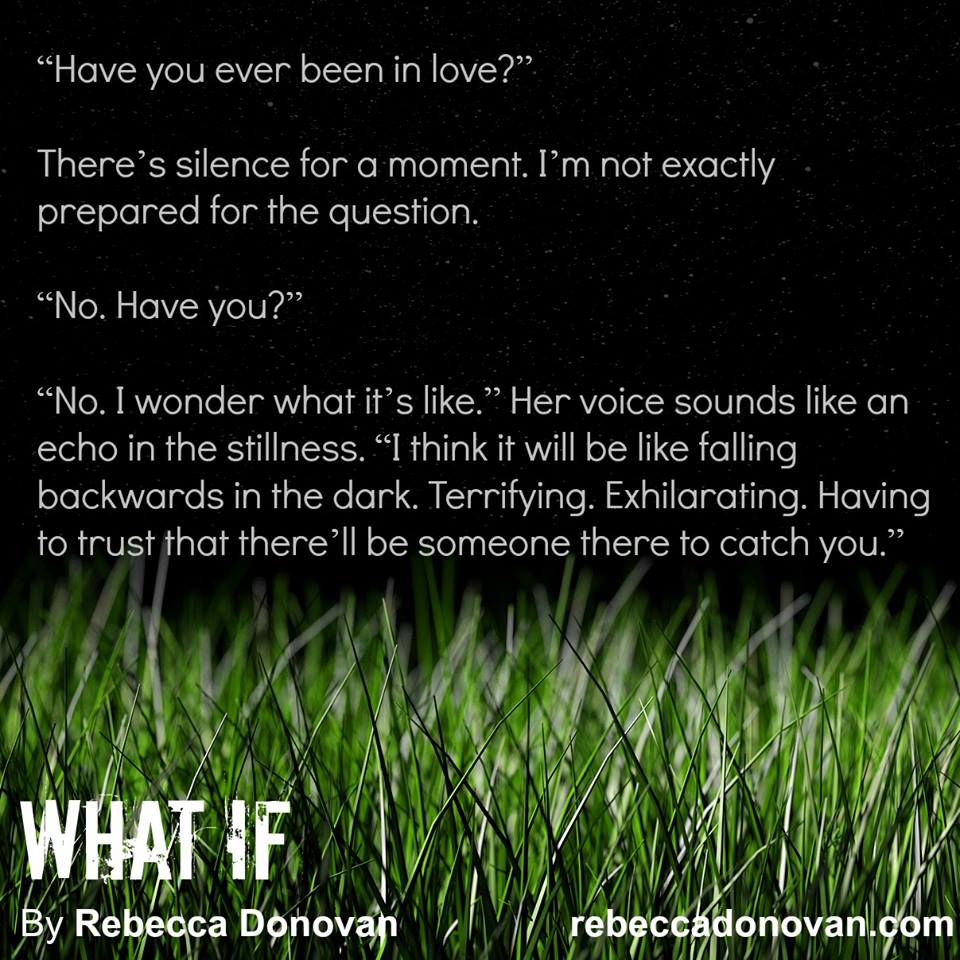 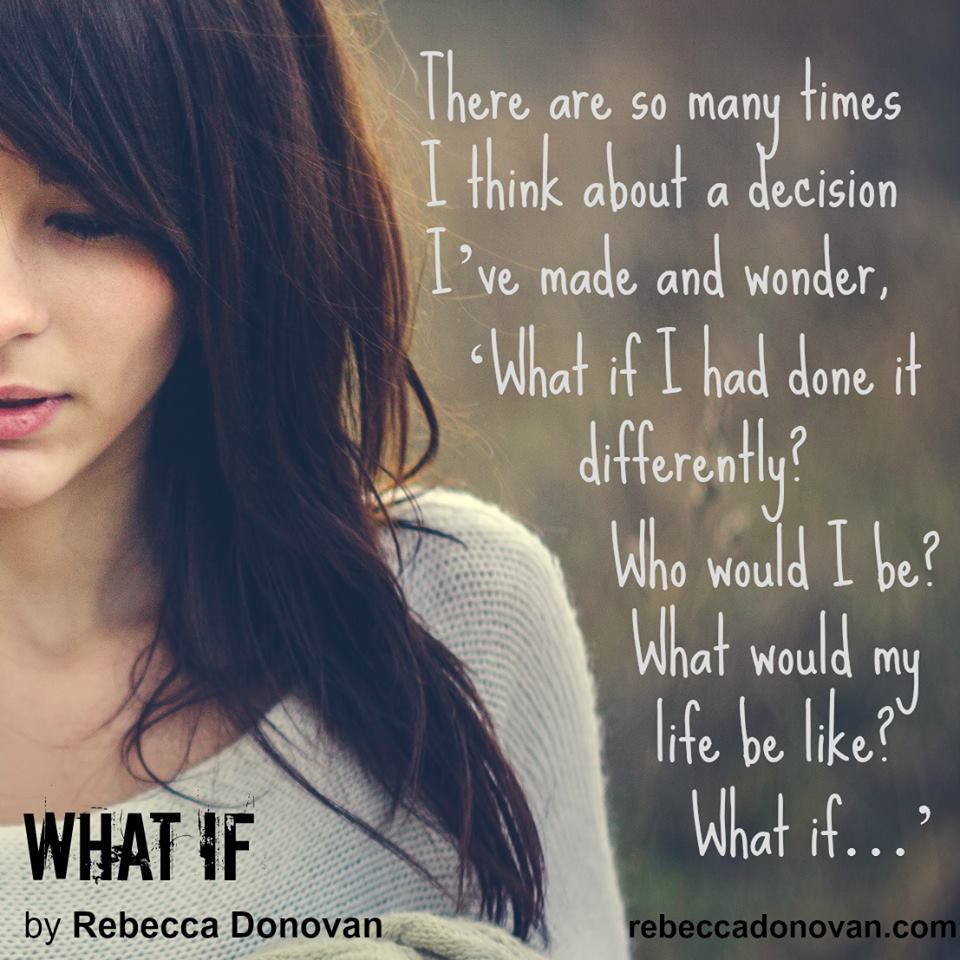