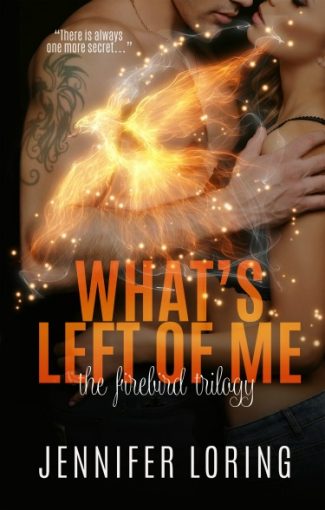 Recovering from years of living the superstar hockey life wasn’t easy, but now Aleksandr Volynsky finally has everything…

He’s married to the love of his life, expecting a daughter, and has a new job as an assistant coach with his old team, the Buffalo Gladiators. His happiness is short lived, however, when a sexual assault allegation surfaces, and Alex is forced to cooperate with an investigation for a crime he didn’t commit.

Stephanie Hartwell is juggling her dream job with marriage and motherhood, but she’s not convinced she’s doing any of it well…

Stephanie’s stress level goes from bad to worse when she’s diagnosed with a serious illness. Battling declining health and the critics who question her commitment to Alex in light of the allegation, she makes a decision that could change their relationship forever.

Devastated that his life is spiraling out of control again, Alex turns to his friend, Natasha, a Russian pop star. Convinced that Stephanie and her friend Brandon are having an affair, Alex resumes his self-destructive behavior.

What Alex doesn’t know is Stephanie has been conducting a secret investigation of her own. She learns the truth behind the sexual assault—a truth no one, especially Alex, expects.

With everything now out in the open, can Stephanie and Alex commit to a fresh start for the sake of their daughter, or will the ghosts of their pasts finally tear apart everything they have left?

Title: What’s Left of Me 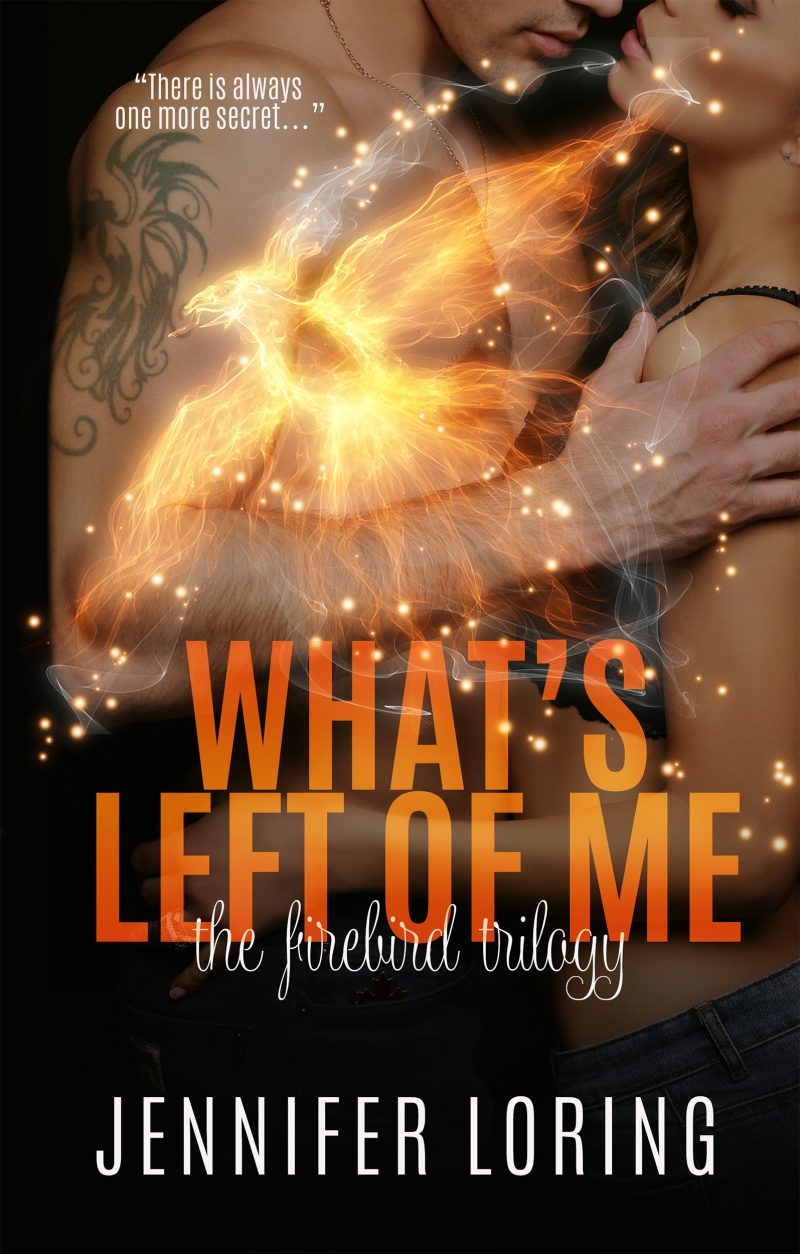 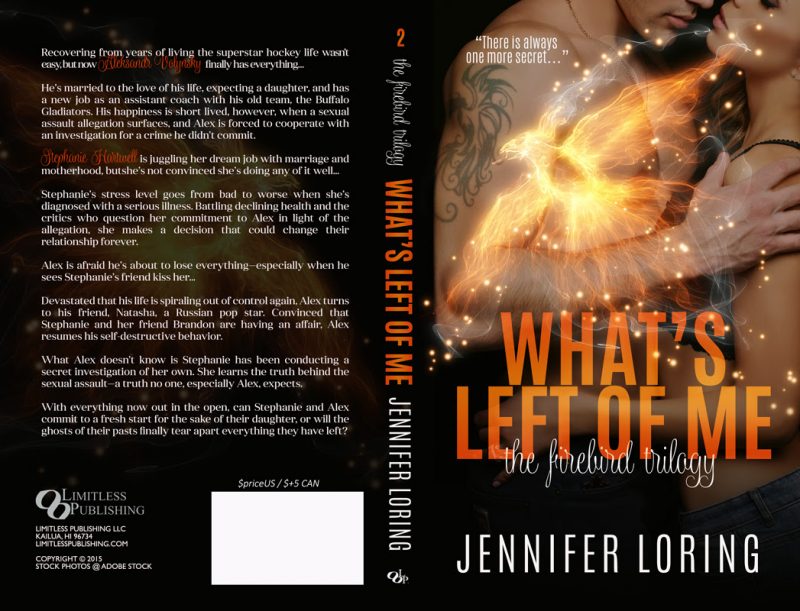 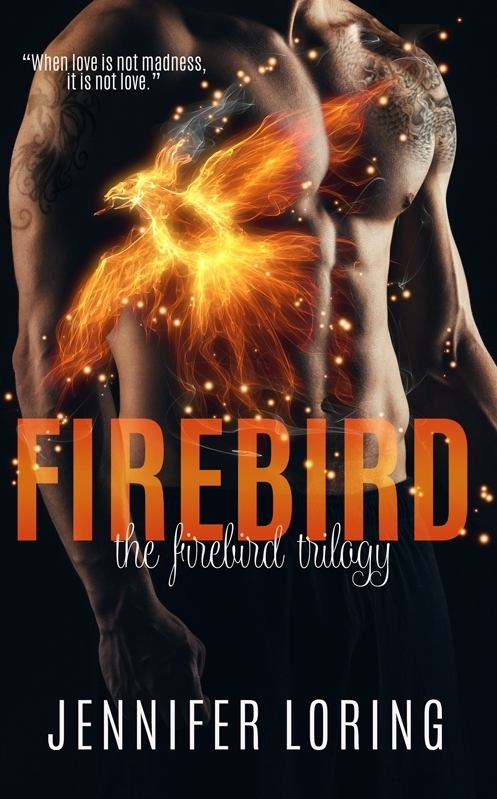 Stephanie Hartwell is a journalist chasing the story of her career…

When superstar hockey player and notorious bad boy Aleksandr Volynsky is traded to the Seattle Earthquakes in a blockbuster deal, Stephanie demands the opportunity to prove herself by scoring an exclusive interview with a man with no love for the media…the same man she once thought, as a naïve teenager, she’d someday marry.

An Olympian and Stanley Cup Champion, Aleksandr has achieved every goal he’s ever set…

Now expected to carry a failing team on his shoulders, Aleksandr’s troubles deepen when he encounters Stephanie after a season-opening loss. His lifestyle of drinking and random hookups has been a futile attempt to forget the beautiful tomboy who stole his heart nine years ago. And worse, fame and fortune have made it impossible for him to trust anyone—especially Stephanie, who is engaged to another man.

Being with Aleksandr in the first place jeopardizes Stephanie’s journalistic integrity and threatens her career, and when he spirals out of control, it reawakens fears from her own history, making her unable to commit to a future with him.

When Aleksandr discovers the truth behind his self-destructive behavior, will his newfound self-awareness be enough to convince Stephanie to give him one last chance…

Or will his revelation drive her away for good?

Jennifer Loring’s short fiction has appeared in numerous magazines, webzines, and anthologies. DarkFuse published her novella Conduits in 2014, and her debut novel, Those of My Kind, was published by Omnium Gatherum in May 2015. Jenn is a member of the International Thriller Writers and the Horror Writers Association and holds an MFA in Writing Popular Fiction from Seton Hill University. She lives in Philadelphia, PA, with her husband, a turtle, and two basset hounds. 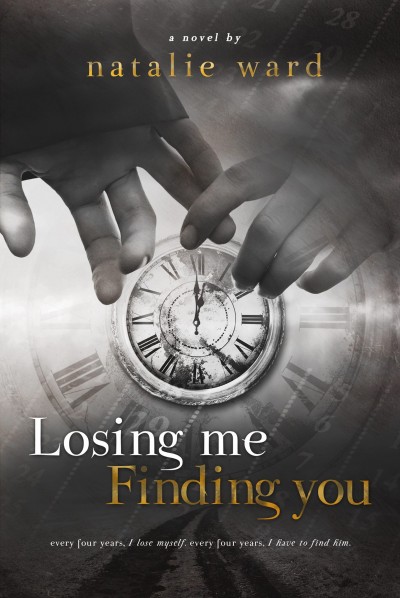