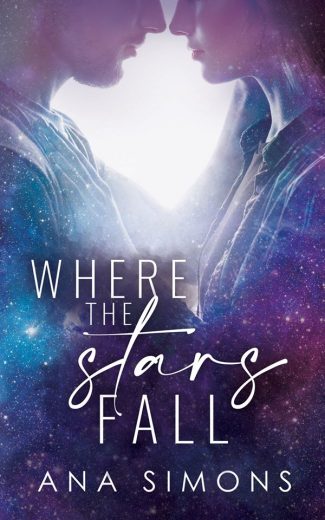 Betrayal always comes from the ones you least expect…

When the man he’d always considered his second father betrays him, Brian Anderson’s controlled world spins out of control. Left without closure, a year has passed and he’s more determined than ever to make the man pay for hurting the ones he loves most, his family.

Immersed in his search for justice, falling in love was the last thing on his mind. Until fate steps in and a chance encounter changes everything.

Seeing Olivia again, so unexpectedly, at his best friend's wedding stirs up memories he had long ago put away. She’d been his first love, his kindred spirit… and the woman who left him without saying so much as goodbye.

Which doesn’t make him want her less. He knows it, the moment she locks her deep green eyes on his.

Even knowing it might be too late to repair what’s been once broken, Brian refuses to lose her again and sets out to find a way back to her heart.

But it’s been more than ten years since their story was left unfinished. Will they get one last chance to make things right? Or will Brian learn that sometimes justice comes at too high a price? 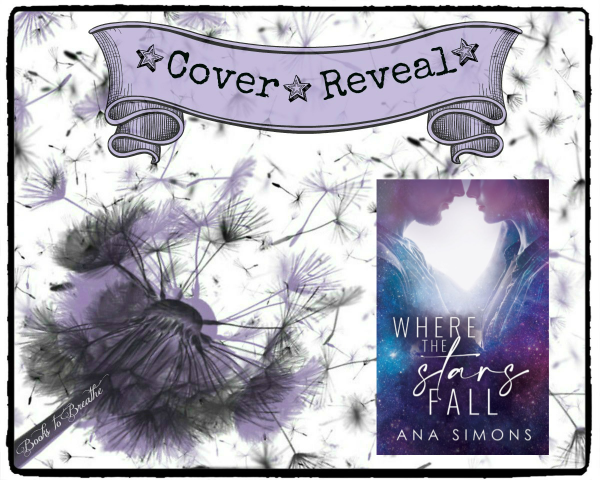 Title: Where the Stars Fall 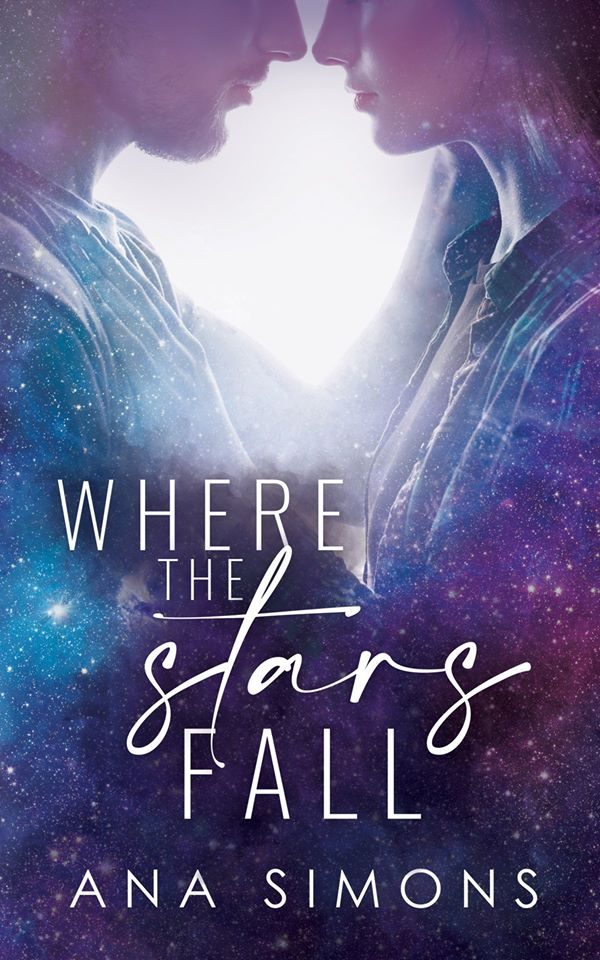 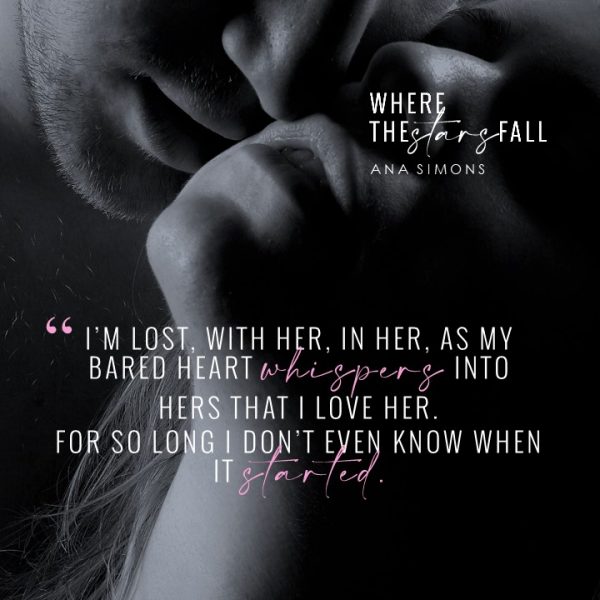 Let me just say it for one last time: I still love you. In a way, I didn’t know existed. I still miss you. In a way that hurts so badly sometimes I think I’ll go insane.

But I’m letting you go now – secretly hoping it’s true what they say: if you ever return to me, it’s because you’ve always been mine.

Have a Merry Christmas and a Happy New Year.

Some say betrayal always comes from the ones you least expect. They’re damn right. Trust is a luxury not everyone can afford, that’s one of the life lessons I had to learn the hard way. One I needn’t be reminded of, not today.

Then there are those who believe that truly sociable people hate social events. Frankly, right now I’m inclined to think they, too, are right. Yet, here I am, in my black-tie attire, walking up these stairs, the sound of hurried steps mingling with those of distant piano notes and excited chatter.

I knew I’d regret it anyway, if I hadn’t come to tonight’s award ceremony. After all, there’s a lot at stake here. Besides, regrets are always about bad choices – and I obviously already had enough poor choices for one day.

As I push through the large door and close it behind me, the vast open space immediately becomes claustrophobic, almost suffocating.

Though there is a dining table with my name on it somewhere, I stride across the crowded room and head to the bar instead. “I’ll have a whisky. Straight.”

With a nod, the bartender grabs the bottle.

“Make it a double, please.” I clench my jaw to control the wave of remorse sweeping over me.

A burst of cheering and applause fills the hall, vibrating within me like the rumble of an approaching thunder. I turn and scan the room until my gaze rests on her, chatting with a woman I’ve never seen before.

Utterly elegant, with a touch of sophistication. The off-the-shoulder champagne dress against fair skin. The perfectly etched features. The long blond hair cascading down her back. The sapphire eyes. The slightly parted red lips. An almost ethereal beauty.

Too bad she’s a cheating liar, the voice of reason screams inside my head.

I observe them for a moment. Mary, the woman who once meant so much, and Peter Rogers, the man who’d always been like a second father to me. Their intimate glances and knowing smiles. His hand running up and down her back in slow, gentle strokes, tracing the shape of her. The confident expression on his face as he proudly displays her, his latest accomplishment.

Shaking my head in disgust, I tighten my hand around the glass, my throat aching from suppressing the emotions. I stare at the amber liquid in front of me before I gulp it down in one swallow. It’s but a futile attempt to wash away the anger inside.

Here’s the bare truth about deception: it’s happened to us all, one time or another. You’ve put your trust in someone only to find out later they were lying to your face, and you were being played in accordance with their own twisted agenda. It may knock you down and consume you until you crawl onto your feet again. And even when you do, your mind may still occasionally wander back and let it eat at you.

I should have told her to leave immediately when she showed up with that nonsense, saying she missed me, that she was sorry and wanted me back. But I didn’t. I just sat and listened numbly, not knowing what to say.

The next thing I know, she’s kissing me. I didn’t react for a second, but then I kissed her back. Hard. Furiously. Hands roaming her body like they had many times before.

Out of longing? Out of raw lust? Out of pure anger?

I’ve no idea. My mind was a blur, flooded with frustration and confused thoughts. With the need to punish her. To take revenge on both of them. Some kind of wild justice to make them pay for what they’d done to me.

But mostly, for hurting everyone I care about.

‘This is insane, you should go now. And don’t come back here again,’ I told her when I finally came to my senses. Then I grabbed my jacket and left, slamming the door behind me.

“Goddamn fool,” I mutter under my breath, clunking the empty glass on the counter, cursing myself for allowing it to happen. The consciousness of regret is an all-consuming beast and, worse still, I’m old enough to have known better.

Raising my hand, I ask for a refill and check my phone, which is buzzing for the hundredth time this evening.

It’s Sue, my sister, sitting across the room, certainly dying to tell me off and ask where the hell I’ve been. It’s nine-thirty already. I not only missed dinner but also half of the ceremony.

A deep and enthusiastic voice cuts through my thoughts, “These are the six outstanding projects that made it to this year’s shortlist, all of them brilliant examples of excellence and significant contribution to both architecture and regional development…”

My eyes travel to the event host and then to the images projected on the screen. Photographs of the projects selected by the jury, the Harrow Community Centre I worked so hard on being one of them.

I try to focus on the man’s introduction but fail miserably at it. In my head, his cheerful words keep colliding against her soft voice begging me to give us another chance.

Draining my second glass, I find myself secretly wishing it’s not my name they announce in a few seconds, ultimately acknowledging I must be a bloody fool indeed.

“Without further ado, ladies and gentlemen, I’m proud to announce that due to its inspiring clarity and vision, originality, innovation, and sustainability this year’s Wren Prize goes to… John Anderson Architects, represented here by the young and talented Brian Anderson. Congratulations!”

It feels like a tidal wave hitting when the thunder of applause invades the room, the loud sound thudding in my ears and jolting through my body. I need to take a deep, steadying breath to keep my nerves under control.

Winning an award as prestigious as this one is quite shocking in itself; it’s one of the most coveted prizes, one every professional in their right mind dreams of. Winning it today, however, after this afternoon, when I’d already buried our story, feels particularly overwhelming.

Several heads turn to the vacant seat at my table, raising a slight commotion that quickly turns into another ovation as I traverse the hall towards the beaming host and the representative of the sponsoring organisation.

After receiving a handshake and a hearty slap on the back given as a token of congratulation, I accept my trophy with a serious countenance and turn to the audience, my sister the first person I thank wordlessly, with a subtle nod. Sue frowns and shoots me a reproachful glance first, but then her face breaks into a warm smile, one that is full of pride and joy.

Our eyes meet for a moment. Mary’s and mine. She’s sitting only two tables away, but the chair next to her is empty.

Inadvertently, my eyes dart around the room and find him walking towards the bar, probably a strategic manoeuvre to avoid me.

Better so. Had he kept his hands off her, he’d be one of the first people I’d thank and dedicate this award to tonight.

But no, he had to betray me.

It’s been over a year, but I still feel guilty somehow. The thought my father deserved more respect from the man he supported his whole life still makes my gut clench.

Despite the anger simmering below the surface, I lean one hand against the podium to steady myself and let my eyes fall to the beautiful crystal piece I’m holding, taking an instant to read the inscription.

But then our eyes lock again, the events of this past year flashing through my mind, the turmoil inside making it almost impossible to think and summon the words.

“Congratulations,” Mary mouths, a trace of a nervous smile appearing on her lips. I keep my face impassive, and she turns her gaze away, my cold and distant demeanour obviously affecting her.

Glancing up at the audience, I stare at them blankly for a moment. Eventually, I clear my throat and force the words out, “On behalf of everyone involved in this project, I’d like to thank you for this recognition. I’m honoured to be here tonight, and very grateful to be the recipient of this award… Thank you, again, and good night to you all.”

My brief and dispassionate thank you speech is met with momentary silence. They were probably expecting me to say some heartfelt words or something to keep the mood light. After all, this is a festive event. But I’m in no mood for pleasantries, let alone for anecdotes or funny lines.

After a short pause, another roar of applause breaks out. A subtle bow and I leave the podium, never looking down and ignoring the light touch of her hand when I pass by, determined to get out of this damn place and far away from her.

Hell no, I won’t allow it. Neither this woman nor anyone else will be given the chance to make a fool out of me, ever again. 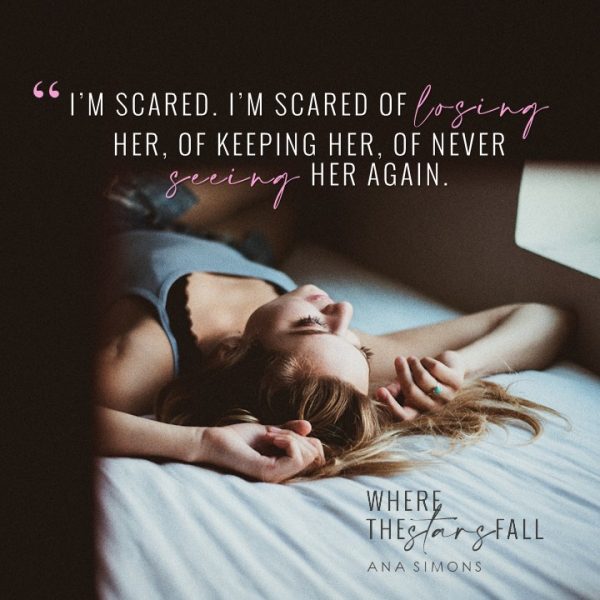 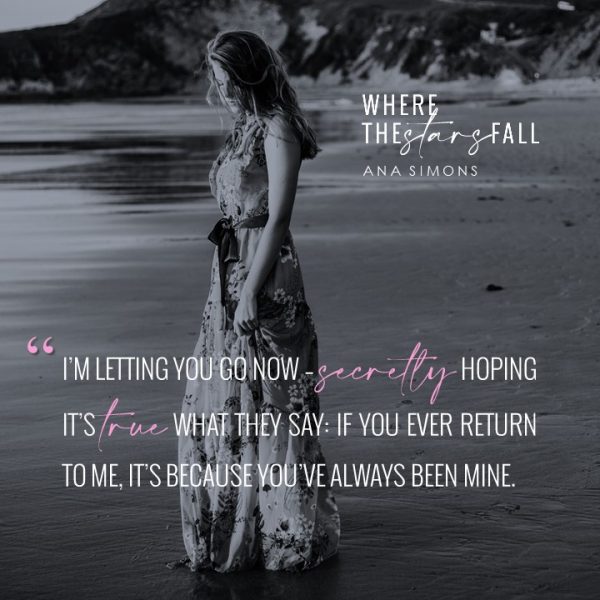 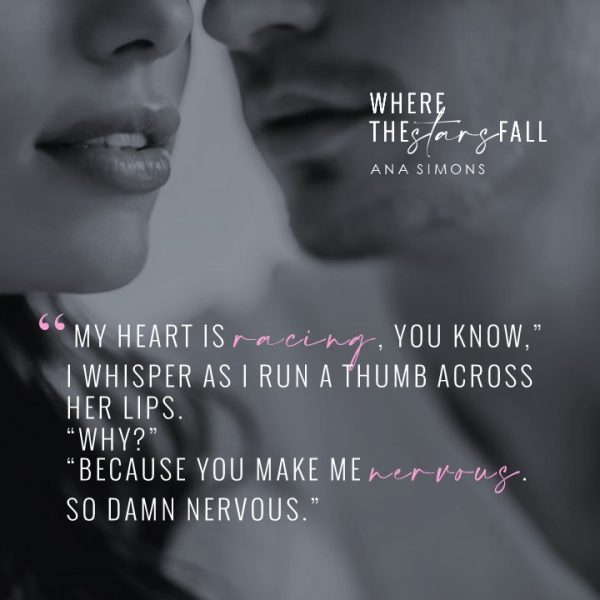 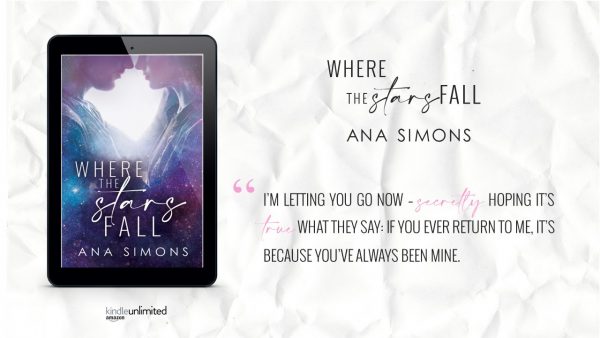 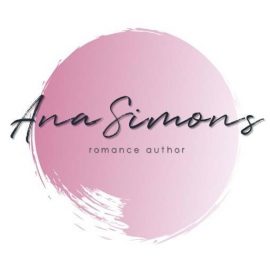 Ana is an author of contemporary fiction and romance. Her novels are sweet, sexy and witty but also heartfelt and emotional. Drawing inspiration from life, she enjoys writing honest stories about family dynamics and the complexities of modern relationships – which means sometimes you may find yourself relating to the many struggles some of us face in our everyday lives, at other times, cracking a good laugh. Or swooning over one of the heroes.