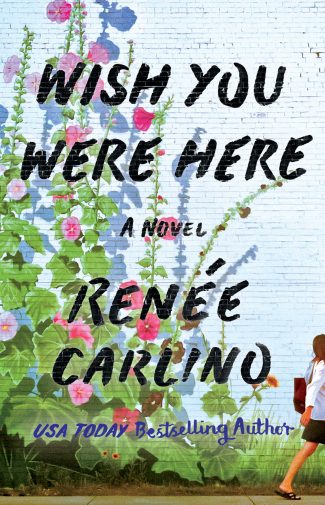 You know when you’re looking at someone and you can’t help but smile at how oblivious they are to their own charm? That’s what was happening to me, and it was making me feel... happy. Euphoric. Something indescribable. It was like we already knew each other, like we had met in a previous life. Memories that didn’t exist began exploding in my mind like fireworks.

Charlotte has spent her twenties adrift, searching for a spark to jump-start her life and give her a sense of purpose. She’s had as many jobs as she’s had bad relationships, and now she’s feeling especially lost in her less-than-glamorous gig at a pie-and-fry joint in Los Angeles, where the uniforms are bad and the tips are even worse.

Then she collides—literally—with Adam, an intriguing, handsome, and mysterious painter. Their serendipitous meeting on the street turns into a whirlwind one-night stand that has Charlotte feeling enchanted by Adam’s spontaneity and joy for life. There’s promise in both his words and actions, but in the harsh light of morning, Adam’s tune changes, leaving Charlotte to wonder if her notorious bad luck with men is really just her own bad judgment.

Months later, a new relationship with Seth, a charming baseball player, is turning into something more meaningful, but Charlotte’s still having trouble moving past her one enthralling night with Adam. Why? When she searches for answers, she finds the situation with Adam is far more complicated than she ever imagined. Faced with the decision to write a new story with Seth or finish the one started with Adam, Charlotte embarks on a life-altering journey, one that takes her across the world and back again, bringing a lifetime’s worth of pain, joy, and wisdom. 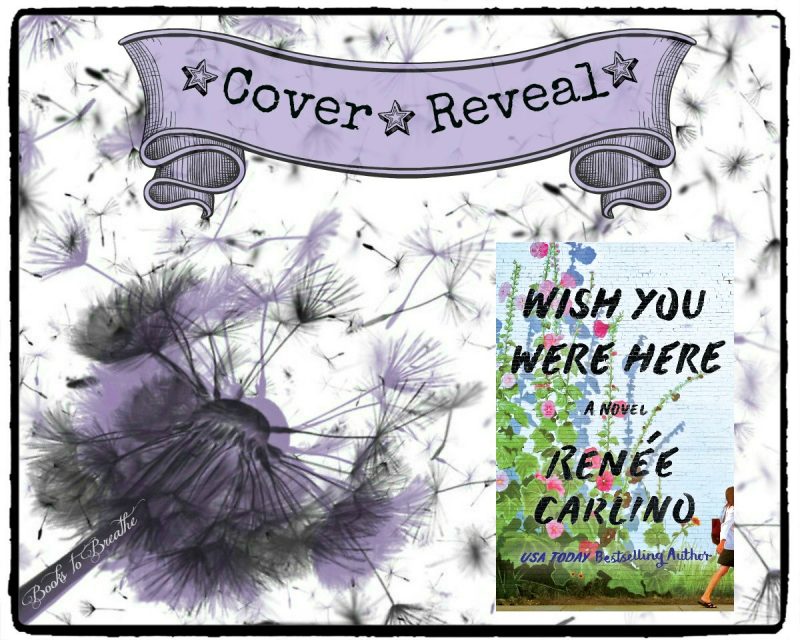 Title: Wish You Were Here 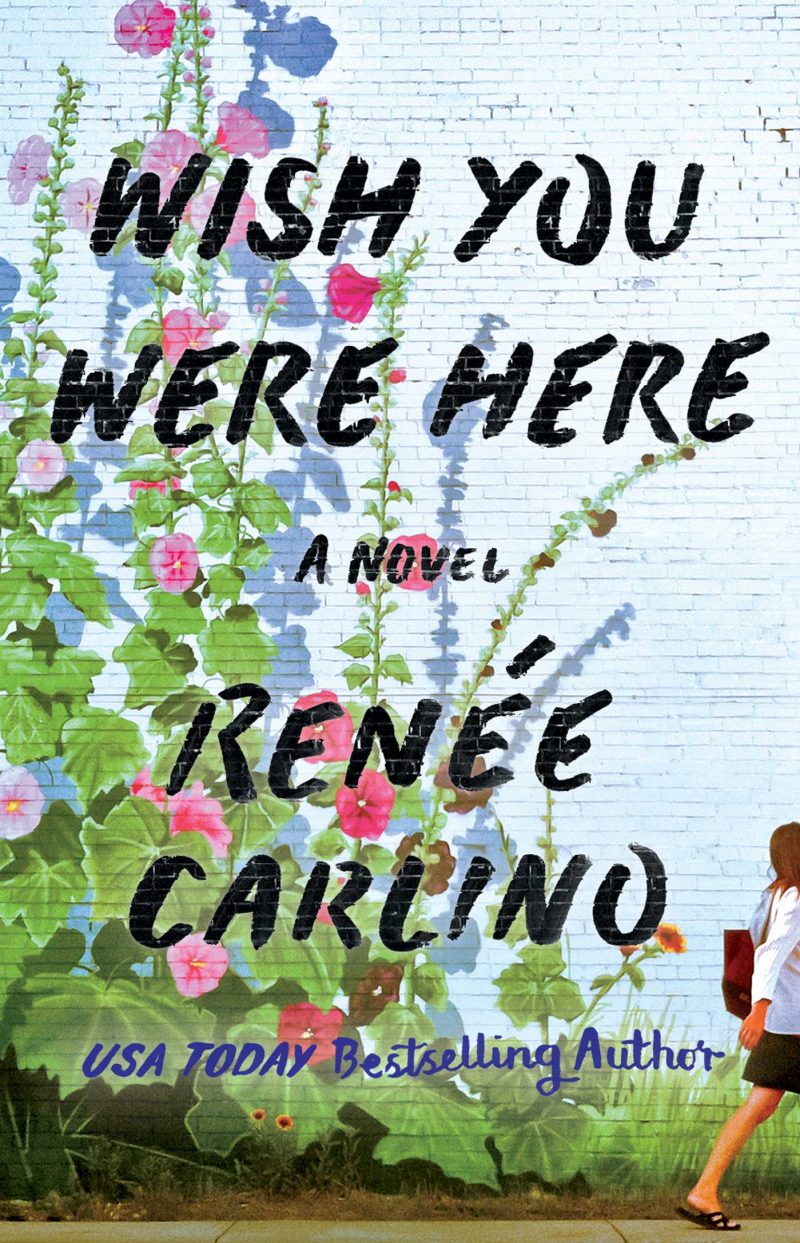 Villains was an unpretentious tavern with live music about five blocks from our apartment in the Arts District of Downtown LA, where Helen and I had been living together for the last eight years. I’d heard of other people’s friendships imploding after they became roommates with their BFFs, but Helen and I were always joined at the hip. We’d known each other since we were little kids growing up in the same suburban cul de sac, and we’d been together through twelve years of grade school and four years of college at UCLA. If we had any problem, it was that we were maybe too comfortable with the idea of becoming spinsters together.

Helen loved Villains because, deep down, I was pretty sure her Plan B was to become some rock god’s muse. Whenever we’d go to a concert, she’d stand in front of the crowd near the stage and sway back and forth in an attempt to get the attention of the lead singer. It wasn’t subtle. I’d usually sit at the bar and watch the spectacle from afar.

When it came to dating, I always waited to be approached. I’d  had boyfriends, but nothing had lasted longer than a year. I had a way of turning every date into a yearlong relationship instead of getting out early, when I knew it wouldn’t last. I just couldn’t get into the one-night-stand scene. But Helen had no rules about anything. I envied her for that.

After our shift ended, we went back to our apartment and peeled off a layer of tortilla soup, got ready, and headed to Villains around ten. I was wearing my party uniform—black blouse and jeans—and Helen was in a red, high-waisted, A-line skirt and sleeveless white blouse with platform heels. She always looked way hipper than me.

Once inside the bar, she shouted, “Damn it!” I followed her gaze to the stage where an all-girl band was setting up.

“Let’s leave, Charlie. This is lame.”

“No, I like it here. It’s so close to our apartment. Don’t make me go back out there.”

The lead singer approached the mic and tapped on it. “Check, check.”  When she tore off a crazy guitar riff, Helen’s face lit up. “Okay, fine. We can stay for a while, but we’re getting shots!”

Remember how I said Helen had no rules? She liked attention, and it didn’t matter who it came from. We sat at the bar and took shot after shot, forgetting all about tortilla soup, Luc, and the messiness of our lives. An hour into the set, Helen left me to approach the stage. She stood near the front and tried desperately to get the lead singer’s attention, but the woman wasn’t having it. Maybe she was straight? After more shots and watching Helen’s pathetic attempts to catch the singer’s eye, I found myself sitting in a booth, comforting a rejected—and very drunk—Helen.

“Why doesn’t anyone want me?” she slurred. “Not even that gay chick with the guitar.”

“No one ever hits on you, Charlie! You’re stand-offish!”

“Your eyes scream, ‘Stay away, I hate one-night stands.’”

“Ugh. Let’s go home, I’m over tonight, and I don’t want you throwing up in this bar.” Between Helen, my brother, my mom, and Helen’s mom, I got enough crap about the state of my love life.

“No, I wanna dance.” Helen slid out of the booth and fell directly on her ass with a thump. I pulled her up by the armpits, wrapped my arm around her waist, and started dragging her toward the door. We were making a scene, but Helen was finally getting her wish: the lead singer was staring at her, along with everyone else in the bar.

“I don’t think so, babe. You can’t even walk.” I propped the door to the bar open with my foot and led her out onto the street.

“I think I got roofied,” she slurred as her head lolled against my shoulder.

“I think it’s the ten shots you took, not to mention the vodka from earlier.”

We turned a corner and I looked up just in time to see a guy standing directly in front of us with his head down, staring at something written on his palm. “’Scuse us,” I muttered, trying to navigate around him, but he was standing in the middle of the sidewalk, holding a bag full of what looked like Chinese takeout.

The guy looked up at her strangely and then looked down at the bag in his hand. He was wearing shorts, flip-flops, and a black hoodie, which shadowed his eyes. Not the most fashion-conscious outfit. “Oh this? Yeah, it is. Are you hungry?”

I started pulling Helen forward, “Come on,” I whispered.  “You can’t eat some random guy’s Chinese food on the street.”

She stumbled but caught herself before falling over.

The man walked to her other side. “Let me help you,” he said.

“No, no, we’re fine,” I protested, but Helen had already slung her arm around his shoulder. She reached up and pulled his hood back, and he turned toward her, nonplussed, his striking brown eyes wide with curiosity. He was undeniably good-looking, and would be in anyone’s book. “I’m Adam,” he said. “Let me help you.”

“Nice to meet you, Adam. I’m Trixie and that’s Dottie. I think we got this.” I said.

I elbowed her in the ribs. She leaned in and whispered, “He has Chinese food and he’s cute.” She said the last part a little too loud, which made Adam smile.

“Adam, do you live around here?” I asked.

“Why were you headed in the opposite direction then?”

He looked straight ahead so I couldn’t see his face. “I must’ve gotten flipped around.” I looked at him curiously. Maybe he’s new to the neighborhood? That would explain why I haven’t seen him around.

“You wanna eat at our apartment?” Helen slurred.

“It’s right up here.” I pointed to the steps leading up to the front door of our building. “This is good here; I’ll get her up the rest of the way.”

He stopped, looked at the side of our building, and crooked his head. “Ahhh, man, I love that mural. It’s like wolves dancing in a bed of flowers.”

I followed his gaze to the large, abstract mural that took up the whole side of our building in a riot of grays, pinks, oranges, and blues.

“We always thought those streaks were blood,” Helen said, making sweeping motions with her hand.

“That’s a pretty gruesome interpretation. Those are pink and red flowers, obviously,” he countered. “Their beauty is meant to emphasize the equally wild beauty of the wolves.”

I tipped my head and squinted. “Now that you mention it, they do look like flowers. But why are the wolves angry if they’re dancing in a field of flowers?”

“Who says they’re angry?” Adam replied. “The flowers are rising up from the ground to embrace them. To me, they look happy.”

I stared at him as he stared at the mural, completely transfixed. Silence washed over us as we stood in the street, two best friends and a stranger sharing an oddly sincere moment together.

“Well, it was nice meeting you, Adam,” I said, gently breaking our collective daze. “Thanks for your help.”

“No problem. It was nice to meet you, ladies.” He nodded at us, gave a little wave, and headed up the street. But as we turned and made our way up the stairs, we heard Adam call out, “Oh, I almost forgot!” He jogged back toward us, pulling a take-out container from his plastic bag. “Here, I told you I’d share.” He held the little carton out to me and looked into my eyes with total sincerity. He pushed his thick, wavy brown hair back with his other hand, and I felt something pull within me.

“No, we’ll take it!” Helen swatted at the box, ripping it from Adam’s grasp.

He chuckled at her and then turned his attention to me. I couldn’t pull my gaze from his, from that face full of kindness, those eyes that turned down slightly at the corners, giving him a slightly sad air. I should’ve felt uncomfortable, but I didn’t.

You know when you’re looking at someone and you can’t help but smile at how oblivious they are to their own charm? That’s what was happening to me, and it was making me feel…happy. Euphoric. Something indescribable. It was like we already knew each other, like we had met in a previous life. Memories that didn’t exist began exploding in my mind like fireworks.

I smiled at him; he smiled back. There was some sort of affinity between us, but I didn’t know where it was coming from, exactly. I didn’t know this guy half an hour ago, but now I needed to know him.

He glanced past me at the mural, and then he searched my eyes, squinting. “Have we met before?” he asked.

Renée Carlino is a screenwriter and bestselling author of contemporary women’s novels and new adult fiction. Her books have been featured in national publications, including USA TODAY, Huffington Post, Latina magazine, and Publisher’s Weekly. She lives in Southern California with her husband, two sons, and their sweet dog June. When she’s not at the beach with her boys or working on her next project, she likes to spend her time reading, going to concerts, and eating dark chocolate.