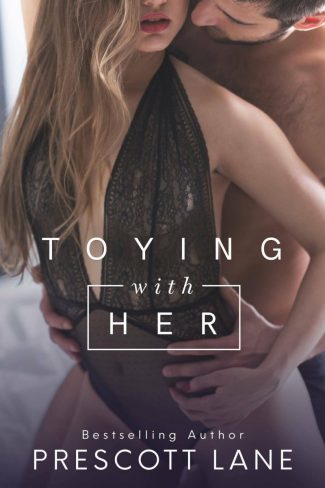 So I’m headed home to my Southern roots. It’s supposed to be an extended Summer vacation — nothing more. But Rorke Weston has other plans for me. Plans that not only involve me being on top, but also underneath him.

It’s been said you never forget your first. For me, that’s definitely true. No night has ever lived up to the one I spent with Rorke.

He’s turned into quite a man. Tan from the Southern sun, and stubborn as the day is long. And there’s nothing sweeter than the swipe of his tongue.

Rorke wants his chance. The one we never had. But that was a long time ago. When I still believed in Prince Charming and Happily Ever Afters. Even ten years later, I feel a pull. And it’s not simply Rorke yanking down my panties.

Do second chances really happen? Or is my heart simply toying with me?

Title: Toying with Her 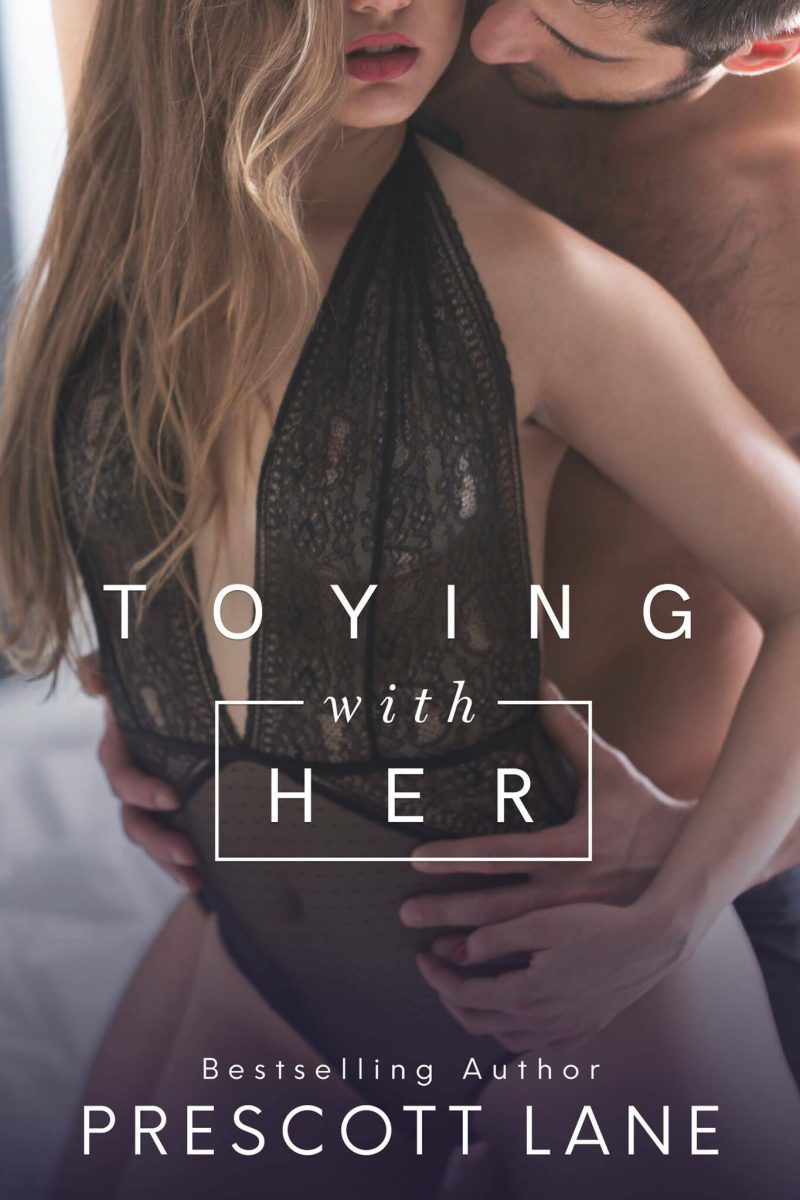 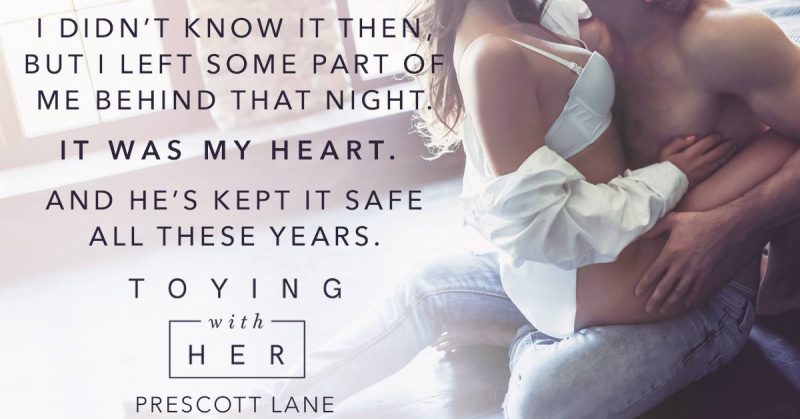 Hammering the nail with one hard pound, I mutter, “Friends?”

That should be a cuss word, especially coming out of her full, pink lips.  I toss the hammer aside, scanning the mostly-converted barn.  Yep, I live in a barn.  Well, not any barn.  The barn where Sterling and I lost our virginity.  I know just the spot.  It’s the spot where my bed is now.

I didn’t plan it that way.  In fact, I didn’t even really think about it until she showed up in town the other day.  I came home, walked in, and realized I’ve designed this place around her.  Crazy, but true.  That woman has burned herself into the deepest parts of my soul.  Deeper than even I realized.  She was my first, a memory.  I thought it was over.  I thought we’d only ever get that one night.  She had her life, and I had mine.  I didn’t see this coming.

This old barn sits on the edge of my parents’ property.  It sucks to be almost thirty and still living on my parents’ land.  Technically, I’m not living at home, but sometimes it feels like it.  Unfortunately, buying my own house on my teaching salary isn’t in the cards, so a few years ago, I started converting one of the old barns.

Every nail, every piece of wood in here has been touched by me.  And it’s almost done.  It’s wide open, designed that way mostly because it’s less work than putting up a bunch of walls.  The only room with any privacy is the bathroom.  I left the distressed rafters from the ceiling exposed and just refinished them.  The original sliding barn doors have been replaced with new ones.  Almost one whole wall houses my personal library.  The only thing left to finish is the kitchen.  The upper cabinets are in, but my only appliances are a refrigerator and microwave.  So any real meals I eat come from the main house — my parents’ house.  My plan is to use part of my summer vacation to finish it up.

I look over at the bed.  My subconscious must have taken over with that decision.  Sterling is etched into the fiber of this place.  Maybe that’s the reason I haven’t ever brought a woman to see this place before?  Who knows?  The subconscious is a tricky bitch.

But the memories of that day and night are so vivid.  It’s all flooding back now that she’s back.

I remember a buddy of mine had rushed me home my freshman year of college, making the two-and-a-half-hour drive from New Orleans in just under two.  But I was too late.  I wasn’t here when Levi took his last breath.  Those few days are a blur.  Everything is a blur until the moment I stood up at his funeral to speak; her green eyes were the only thing I saw, her whimpers the only ones I heard.  I hadn’t expected her to be there.  I hadn’t expected her to fly home from college to say goodbye to my brother, but she had.  And I didn’t expect her to find me at my parents’ house after the funeral.  I swear, there were hundreds of people there, and it was the loneliest day of my life.  I had to get out of there and started walking.  I’m not sure if it’s just me, but when I need to think, I tend to walk.  That day, Sterling was by my side.  We didn’t talk, roaming around the fields until we ended up at this old barn.  It was the place that Levi and I escaped to.  As little kids, we’d used it as a fort, a clubhouse.  Later, it held our bikes and four wheelers.

I remember being embarrassed bringing Sterling inside.  It was old and filled with our junk.  The only place to even sit was an old, beat up sofa.  We made good use of it, though.

I chuckle remembering exactly how unprepared I was when our naked bodies first touched.  My brain thought “condom.”  But I didn’t have one.  My dick promised it’d pull out.  But I had no idea the kind of willpower that would take.  I swear to God, I had every intention of pulling out.

I thought for sure that she’d kill me, and quickly launched into the lamest apology in the history of the universe.  Just thinking about it makes me cringe.  I was never so thankful for anything in my whole life as when she kissed me to shut me up, whispering she was on the pill.

Some might think it’s a dick move to be banging a girl the day you bury your twin brother.  But it wasn’t like that at all.  It wasn’t cheap.  I didn’t think of it as a one-night stand, even though technically it was.  It’s impossible to explain.  It was us clinging onto life, onto each other.  Emily Brontë wrote, “Whatever our souls are made of, his and mine are the same.”  And after that night, our souls have been forever linked.

Every single second of that night is burned into my mind, my heart, my skin.

After that night, we stayed in touch for a long time — email, phone calls.  But we were thousands of miles apart.  And our paths never crossed again.  If I was at home on break, she wasn’t.  It just seemed like it wasn’t meant to be.  She is the one that got away.  We never got our chance.

Now she’s back, and she thinks we can be friends?  I spent my entire childhood and teenage years being “friends” with her. 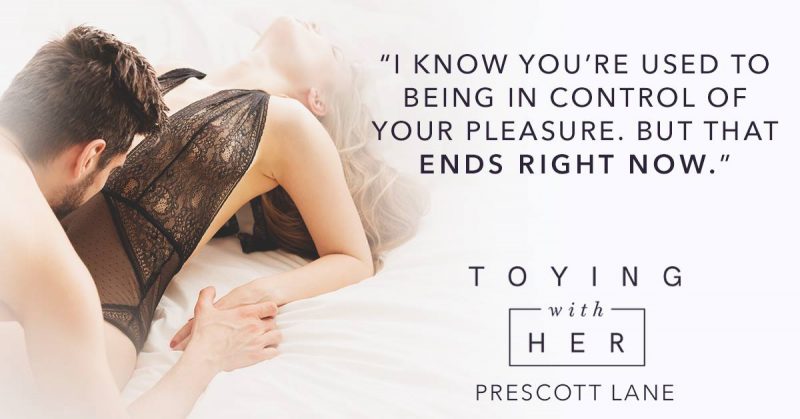 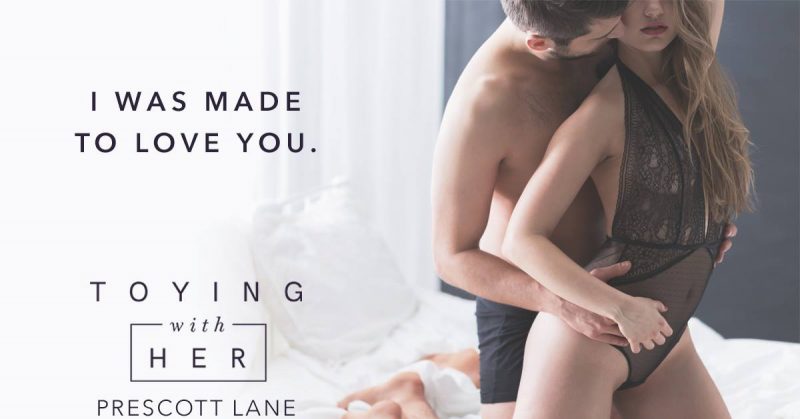