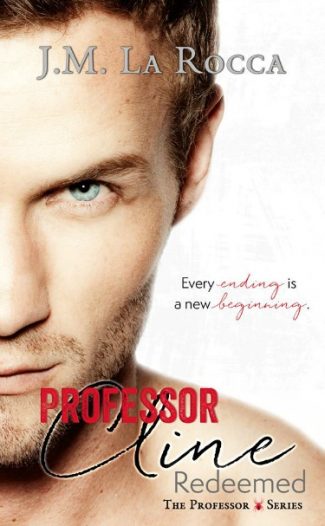 The past never stays in the past. The pain, guilt, and darkness still flow through my veins and itch to come out. I’m not proud of my secrets, but I have never felt shame either…until her.
Emma makes me feel things I thought I’d become immune to. She makes me want to see light, to rid myself of my demons and it terrifies me.

There is so much from my past she doesn’t know. I told her I wasn’t good for her, that I’d ruin her, and I vowed to stay away. But I can’t get her off my mind.

I need her in more ways than I knew were possible for me.
She is my saving grace and I’m ready for redemption. 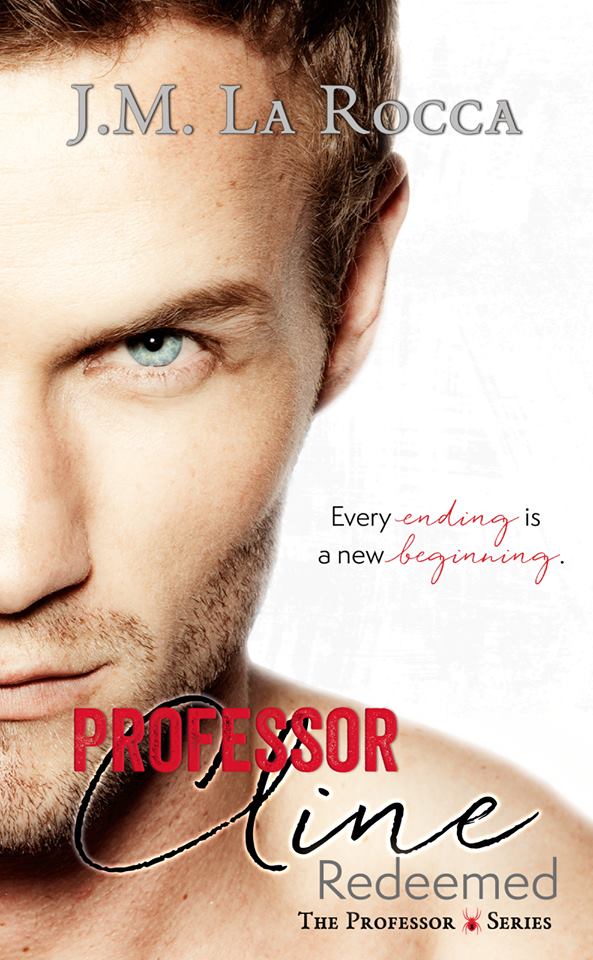 I stared at him blankly. “Uhh.” I turned and scanned the room, looking for a radio of some kind, but didn’t see anything. Did he want to dance with no music? Would that be such a bad thing? The sexual tension was already at its highest peak, so it couldn’t get any more frustrating.

I grabbed my glass of wine and took two healthy gulps before latching on to his hand.

He pulled me up to him and out of nowhere, music started to play.

We walked a few feet away from the table, not far from the fire pit.

“Where did the music come from?”

He tugged me close, lifting my arms to wrap around his neck. Then he placed his arms on my lower back, pulling me flush to his body.

“I have the remote in my pocket.”

I smirked at his slickness and looked into his eyes.

“If I didn’t know any better, Mr. Cline, I’d think you were trying to seduce me.”

He chuckled as he swayed us to the classical music.

My cheeks flushed, and I tried to hold back my smile. The whole purpose of us getting together was so we could get to know one another better, but I couldn’t deny or hold back the sexual tension. I knew he could feel it, too, but I wasn’t going to make the first move.

My breathing picked up as he slowly ran his hands up my sides until his thumbs were resting directly under the wire of my bra.

“I don’t do romance,” he said softly, his lips lowered to my ear.

My breath was coming in short pants as his thumbs moved over the swells of my breast. I was ready for him to lose control and take me right there. Anything to release the pulsing that was taking over my lower half.

He lowered his head into my neck, and I could feel his hot breath blow against my skin before his teeth scraped against me, causing me to moan.

I pulled back and looked him over. The lamps caused shadows to form on his face, but his blue eyes stared into me, daggers piercing my soul. Deep down, even though I had battles with myself, I felt like I already belonged to him. I just needed to surrender.

“You can’t be a man who takes what he wants when it’s willingly being given to you,” I admitted.

As soon as the words left my mouth, his lips were on mine. Lifting his hands, he entangled them in my hair and I did the same to him. I felt his erection pushing through his pants as I pressed myself harder against him, my need taking over my actions.

He slowly started walking me backwards until my back met the wall, then he pulled back, breaking our kiss.

“Turn around and put your hands up on the wall,” he commanded in a low tone, breathing heavily.

Excitement coursed through me and I did as I was told. My arousal had soaked through my thong and was dampening my thighs, something that had never happened to me before. With Mason, I was always so ready, the excitement of being with him overwhelming.

All thoughts of the way the night was supposed to go quickly went out the door as soon as I felt him gathering up my skirt. I bowed my head and took deep breaths as I felt the material slowly move higher and higher.

“I’ve been craving you,” he breathed, leaning in to me. I tilted my head back until the side of his face was pressed against mine. “To feel that tight pussy around my cock.” He bunched my dress up around my hips and pulled back. “If you don’t want this, princess, tell me now,” he growled.

“I want it,” I moaned as he ran his fingers along the outside of my thong. “Don’t stop.”

Grabbing both sides of my dress, he lifted it up, pulling me away from the wall so he could yank it off completely.

“Lean toward the wall, place your hands above your head and stick your ass out for me.”

I did as I was told; all the while, he was running the tips of his fingers up and down my spine.

I turned my head and looked behind me to see him unbuttoning his dress shirt. He was glorious underneath his clothes, although I hadn’t been able to fully appreciate what he looks like with his pants off, too. When I saw him naked in his bathroom that night, I wasn’t exactly looking at him in a sexual way to appreciate his hard-earned muscular lines.

Meeting his gaze, he smirked at me as he removed his shirt, tossing it to the ground. Then he grabbed my hips and leaned forward, placing his lips on my shoulder blade, kissing his way down.

I looked away, dropping my head again, and closed my eyes. I savored every delicate touch of his lips on my skin.

He slowly worked his way down then licked the skin right above my thong, and I moaned in anticipation. Slowly, he grabbed the material between his teeth and started pulling them down until they eventually fell on their own.

With my ass sticking out for him to do as he wished, I waited not so patiently for what he might do. What I didn’t expect was for him to spank my ass, causing a yelp to escape my lips.

I felt him get closer to me as he ran a hand from my ass all the way up until his fingers splayed in my hair, grabbing a handful and tilting my head back.

“I wanted to go slow with you, but I need this,” he confessed as he reached his other hand around to slide a finger between my lips, rubbing my clit in the process.

My mouth hung open and moans escaped as his finger worked its way up and down as his other hand tightened in my hair.

“Then take it,” I commanded. 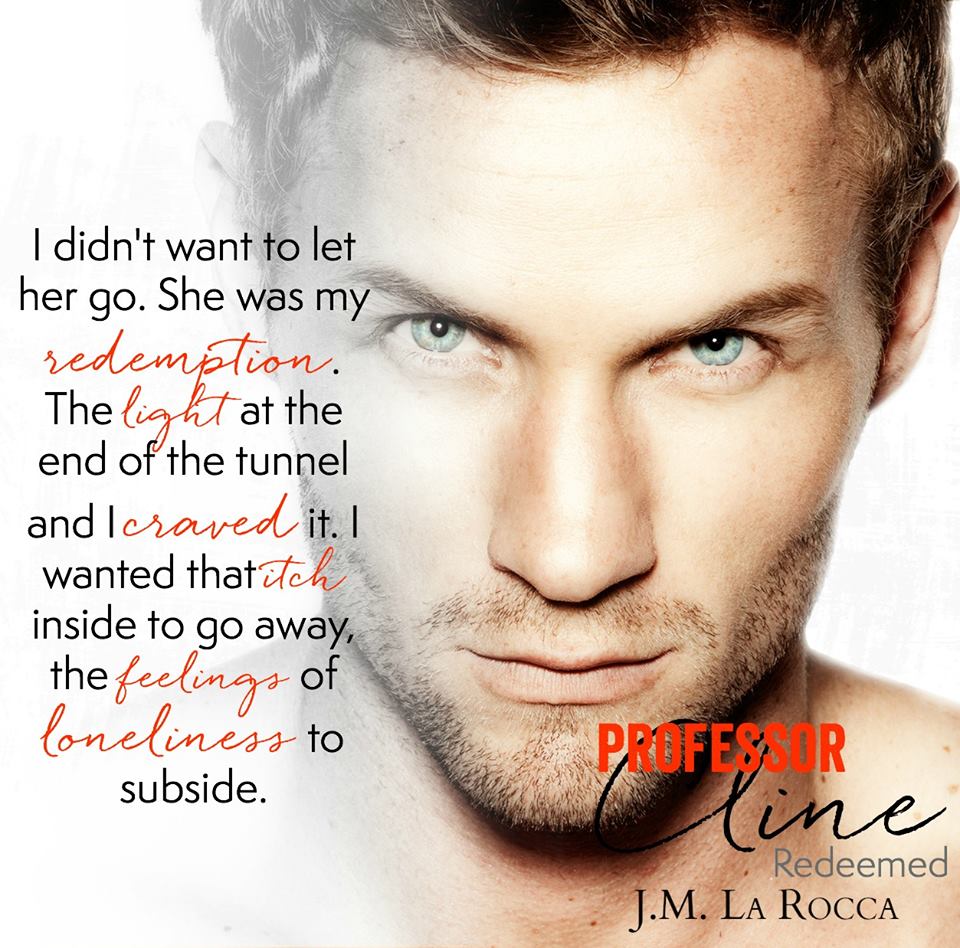 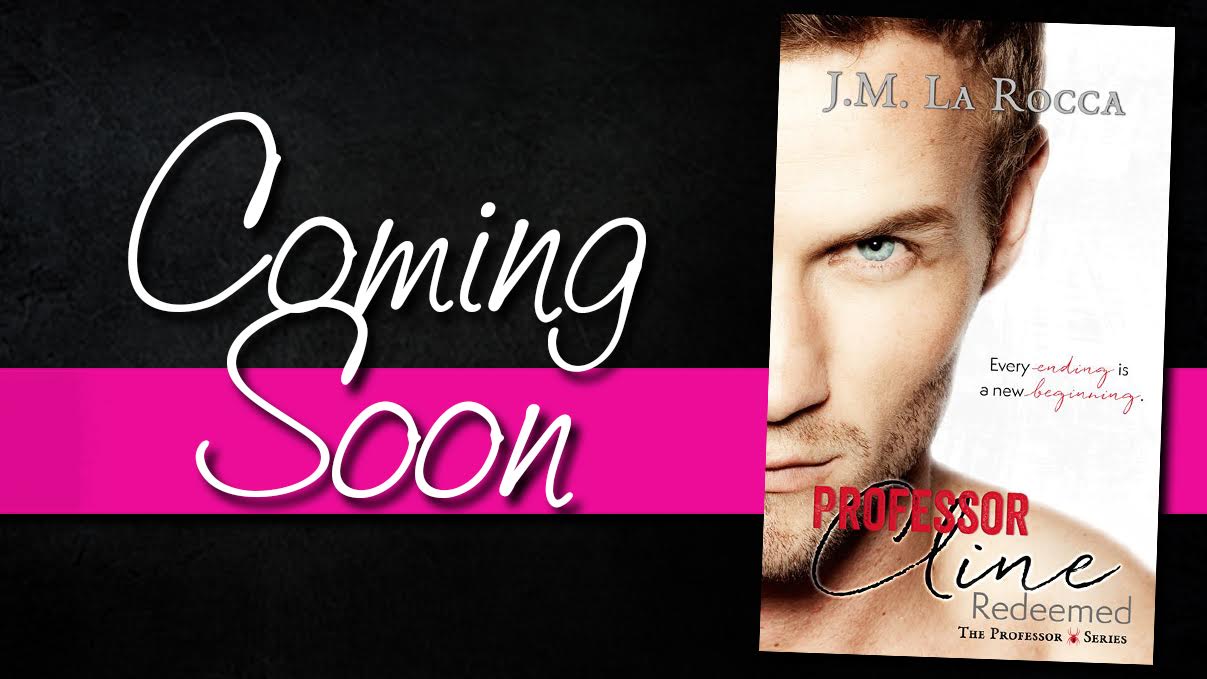 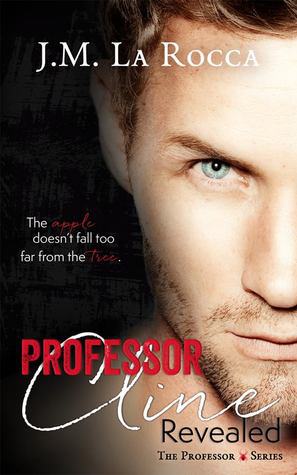 On the outside I seem to have it all. A promising career as a law professor, family money, and my good looks, but my life was full of secrets. I knew how to put up a good front; it was a mask I’d worn for a long time. I kept a rotating door of women to help me forget, but my efforts were futile. I was haunted by guilt, my always lurking, underlying darkness. I thought I had control, but there were things I had no control over.

Then I saw her.

Emma was the light to my dark, a beacon that called to me when I knew I should stay away. I avoided this kind of connection for a reason. The sins of my past left me with scars and not all of them were skin deep.

People thought they knew me, but in reality, they knew nothing.

.M. La Rocca was born in Chicago, IL. At an early age, her family relocated to lower Alabama where she began her love for writing. She currently resides in Pensacola, FL with her husband and twin sons. As a stay at home mom, La Rocca was able to pursue her love for writing. It was always an unrealized dream to write her own books. With the love and support from her husband Tony, family, and friends, she set forth and fulfilled that dream.Aside from writing she also loves to read, listen to music, drink wine, indulge on chocolate, chase her little ones around, and spend time with her family and friends.