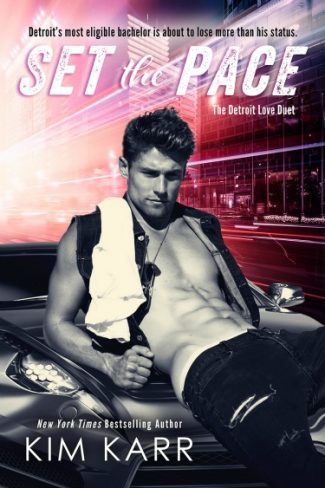 Every city needs a hero, but Detroit’s white knight just might be a villain.

A rough childhood branded Jasper Storm trouble. A bad boy. Not worth a damn. His love of cars was the only thing that could battle his delinquency. With the need for speed in his blood, he overcame his wayward ways. Mostly. Now the broken city of Detroit hails him their shining star. And the man behind a new cutting-edge automobile is ready to turn this bankrupt town around.

Charlotte Lane was the tomboy who lived next door. She was his best friend. He was her protector. Then tragedy struck and she disappeared, forever—or so he thought.

Everything Jasper does in life is fast. He talks fast, f*cks fast, and drives fast. But when one reckless turn brings him face-to-face with the childhood he has tried very hard to forget, he finds himself on the edge of wondering if he shouldn’t slow down.

Time hasn’t erased who they are though. Jasper has many reasons to hate Charlotte and keep his distance, which is easier said than done. Soon she’s infiltrating his every thought and he can’t stay away. Back in town with an agenda of her own, she should push him aside. Make him turn around. Walk away herself. Yet she can't.

With the past lurking between them, they proceed with caution. That is until one sex-filled night leads to murder, and things are forced to change. Now that Detroit’s biggest ally has suddenly become suspect number one, will Charlotte—the girl Jasper once kept safe—be the one to save him? 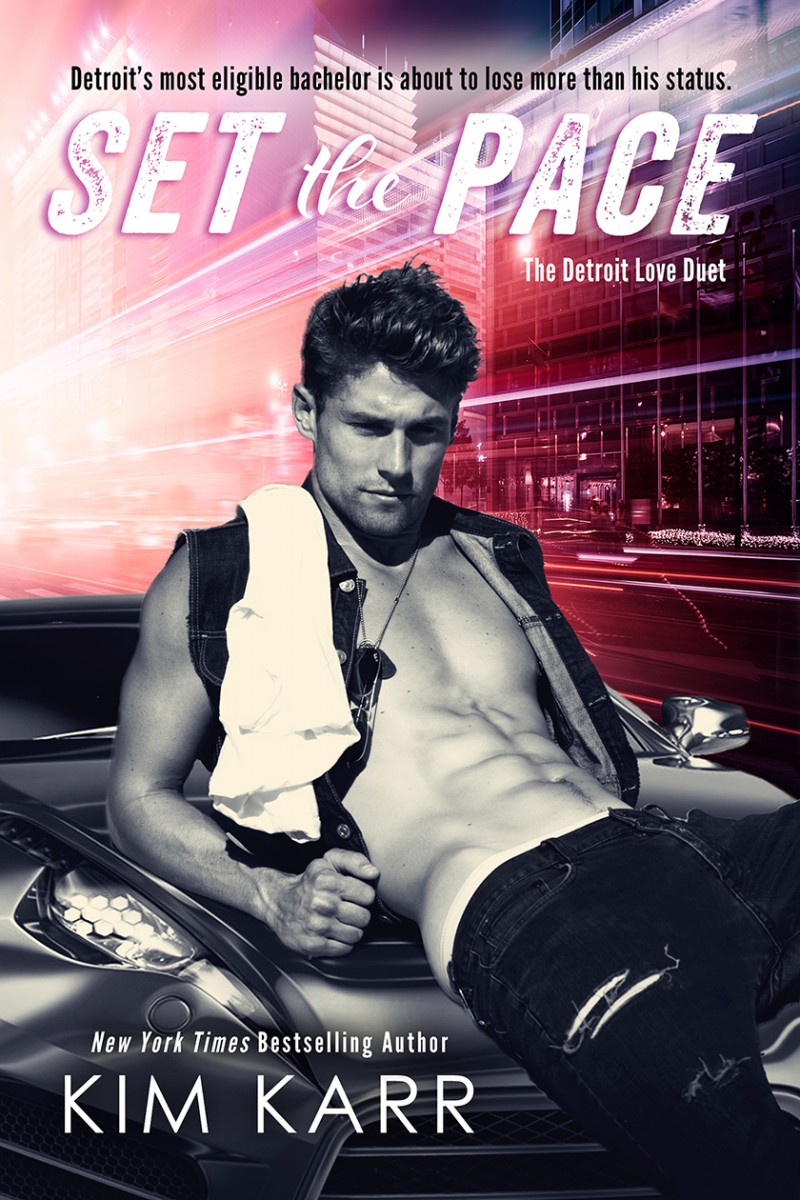 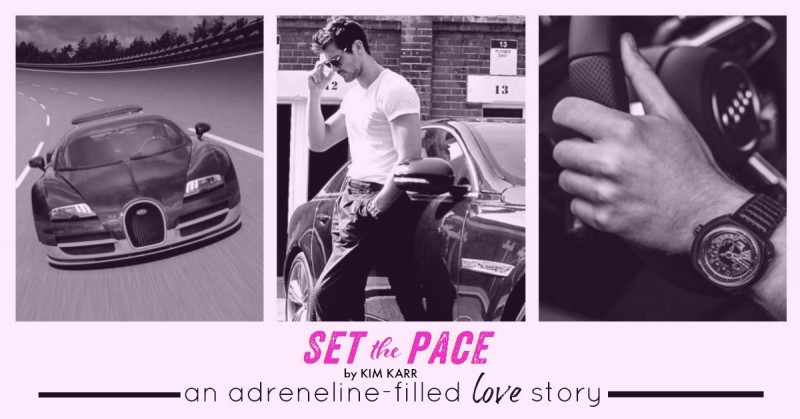 Startled, I jump and quickly place the frame back in its place.

It’s the call button from the lobby. I’m not sure what to do. I should probably ask Jasper if he is expecting anyone before I let whomever it is up.

The hallway he disappeared down is fairly long and at the end are two doors. Both are slightly ajar. I can hear the shower running and music playing. I try to place the song. Just as I go to knock, I pause, and then grin, it’s Led Zeppelin—the same music that used to blare from his garage when he was out there with his father.

Somehow in my absentminded quandary, my fingertips have nudged the door open just enough that I can see inside the bathroom. Perfectly. In my direct line of sight is a huge glass wall and he is just beyond it.

My pulse is beating so hard I can feel it pounding at all my pulse points. I should leave. I don’t need to bother Jasper. Whoever it is buzzing to come up can just come back later. Yet, I can’t move. Or maybe it’s more like I don’t want to move.

Steam hovers in the air but there’s not nearly enough to obscure anything. And there he is, naked in the water, head bent as it sluices over him. His eyes are closed. One hand is on the wall. The other slides slowly down his belly and lands between his thighs.

Now I really can’t move. I’m frozen in place. His hand is on his cock. I swallow the noise my throat tries to make, but I’m sure I don’t do a good job of it. Thank you, Jesus, he doesn’t seem to notice. No, he definitely doesn’t notice because oh, my God, now he’s stroking himself. Slowly. Deliciously. Up, then down, and a twist of his palm around the head of his cock.

I shouldn’t be watching this, and yet I can’t look away. This is private. For him only, and yet I have to wonder if it’s because of me. Is it his attraction to me that made him step back just moments ago? Made him have to relieve the desire he was feeling? Then why did he say he wouldn’t kiss me again?

His mouth opens, water filling it and overflowing when he tips his face into the spray. I want so much to be in there with him, share the water, and feel that mouth on my body, but I’m not sure that’s ever going to happen. We seem to be dancing around the attraction we feel for each other. Like both of us are afraid to take that leap from a two-decade-old friendship to intimacy. Afraid perhaps of where it might lead, or maybe where it won’t.

Then again, it could be that the ghosts that accompany us are just too strong to bear.

Soon he’s fucking into his fist with a deliberation that makes me weak at the knees, and I watch. I watch the way his muscles cord in his arms, the way his cock moves within the confines of his fist, the way his face contorts into pure pleasure.

Looking at Jasper, watching him about to come, it opens up something within me. The feeling is hard to describe and I can only think of one word that is fitting—primal.

His cock disappears inside his curled fingers and this stroke seems somehow more determined. Up, down, a twist around his crown, and then another twist. This time his head dips down, and then lowers still.

I press my thighs together to ward off the ache of arousal that is flooding me. I can’t hear him, but I wish I could. I know what he’s feeling, though, because I can see his mouth open and his face contort with satisfaction. He’s close. I can tell. And then soon enough, his taut belly strains, the muscles in his legs bunch, and then it happens—his desire jets out.

“Is there a show going on that I wasn’t invited to?”

That voice. I know that voice. The cynicism behind the tone. 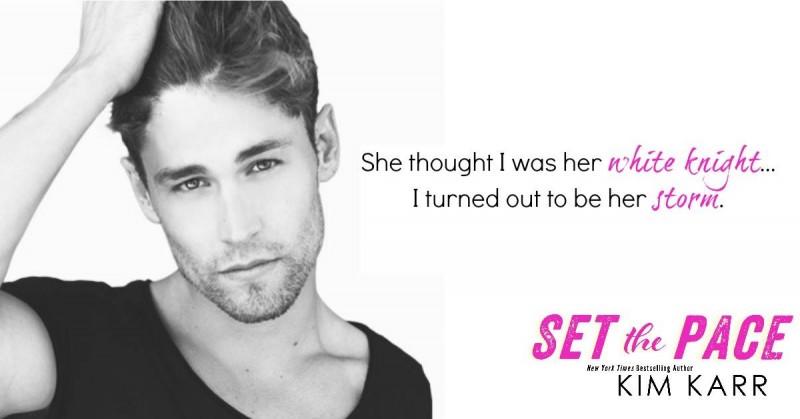 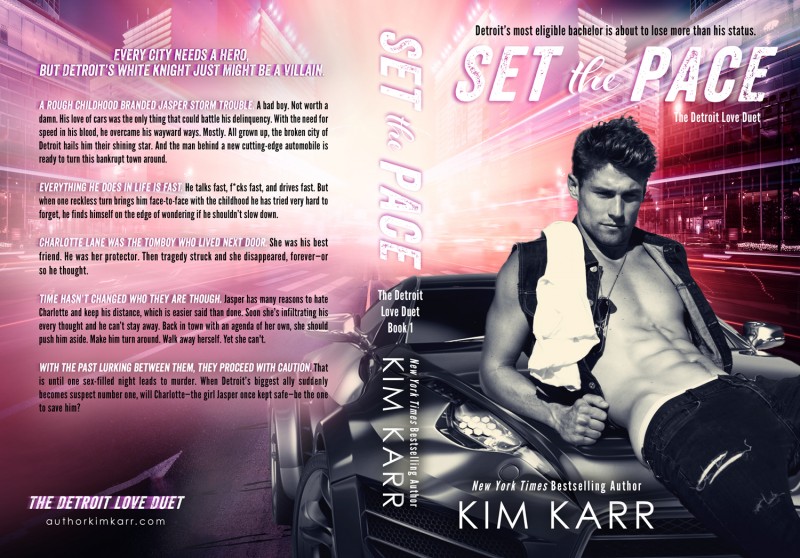 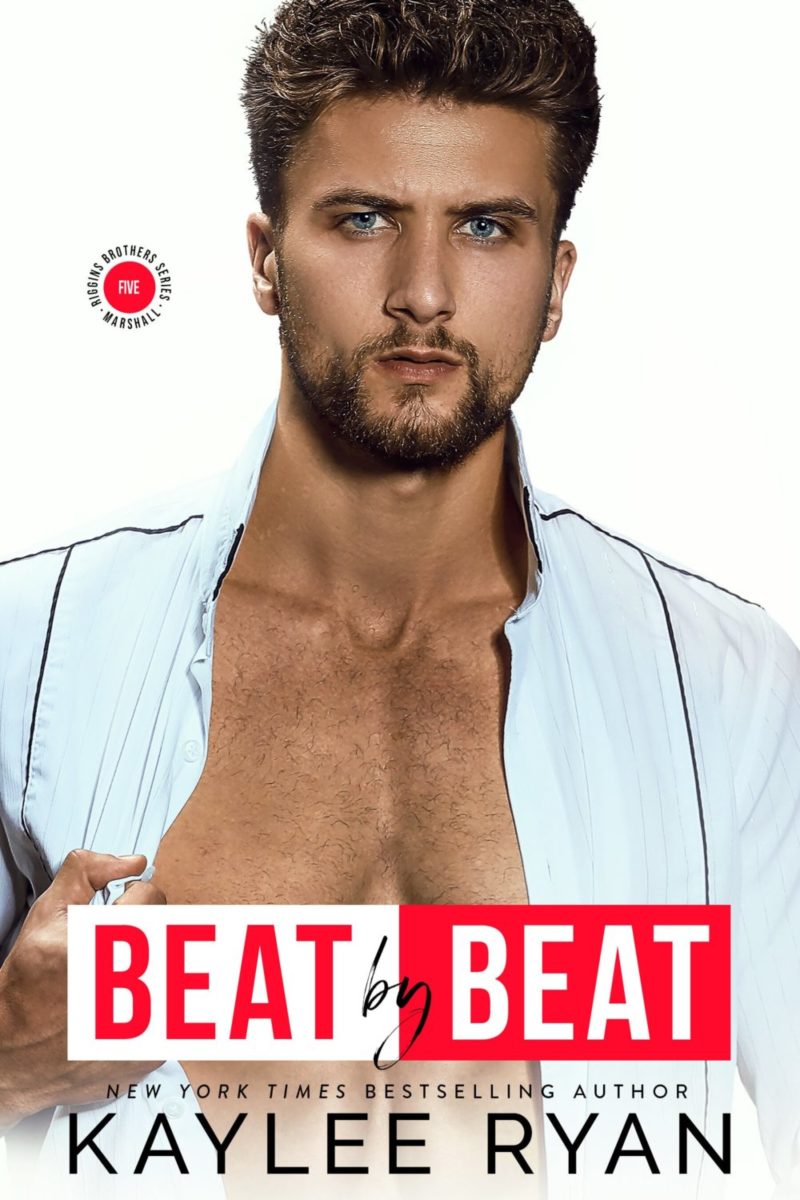