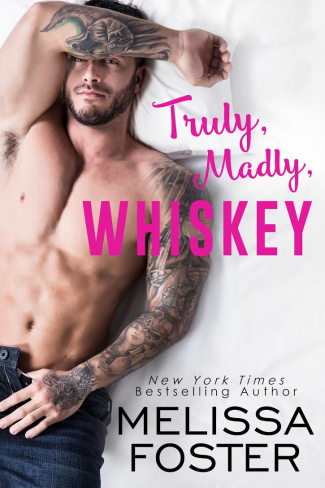 In TRULY, MADLY, WHISKEY...
Eight months is a long damn time to have the hots for a woman who keeps a guy at arm's length. But Crystal Moon is no ordinary woman. She's a sinfully sexy, sass-mouthed badass, and the subject of Bear Whiskey's midnight fantasies. She's also one of his closest friends.

The more Bear pushes, the hotter their passion burns, unearthing memories for Crystal that are best kept buried. But there's no stopping the collision of her past and present, catapulting the two lovers down an emotional and sexually charged road that has them questioning all they thought they knew about themselves. 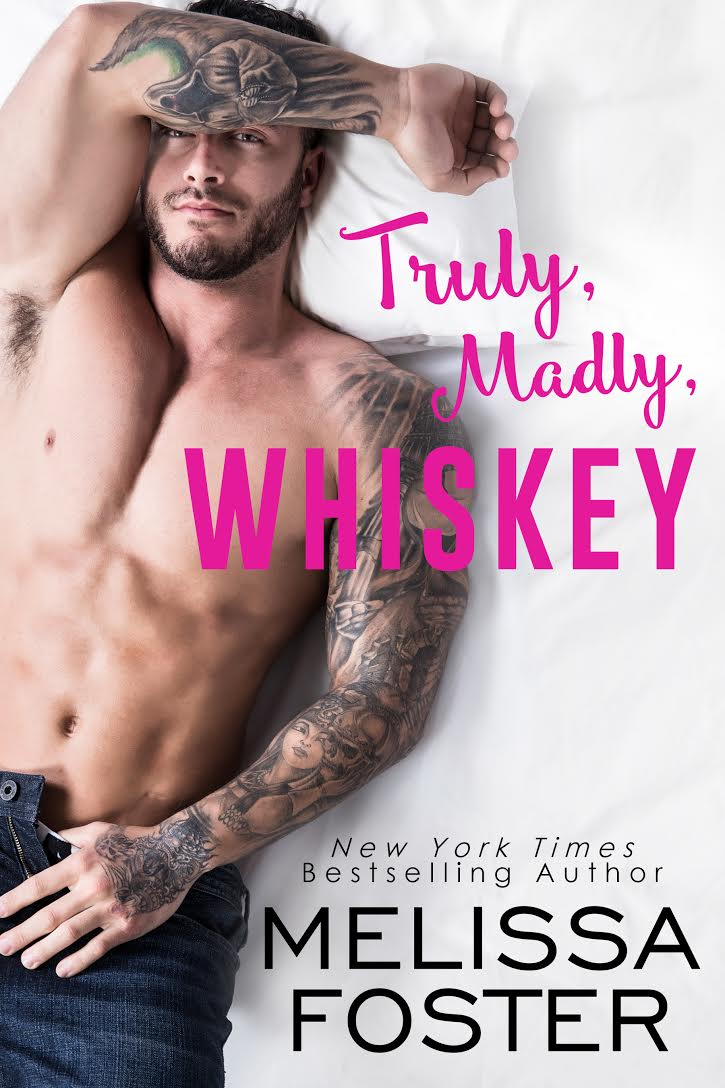 Melissa Foster has a sexy new standalone, Truly, Madly, Whiskey coming out April 25th. Check out the excerpt she’s sharing with us and preorder your copy today! 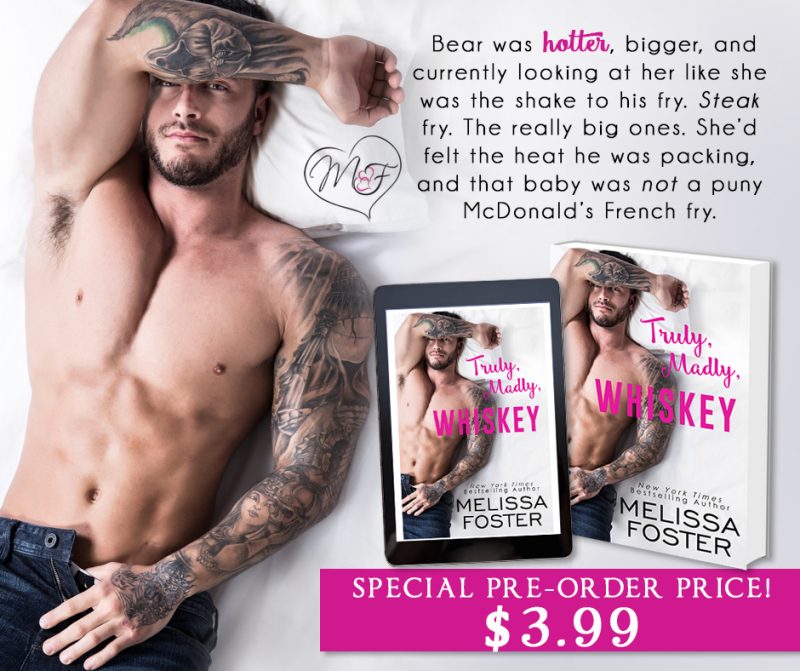 CRYSTAL FLEW THROUGH Truman and Gemma’s front door like wildfire, eating up everything in her path. Her raven mane was soaking wet, framing her beautiful, scowling face as she stormed into the living room. Her black hoodie hung open over a Rolling Stones T-shirt, and her piercing baby blues threw daggers. Her skintight black jeans had tears along her thighs and beneath her knees, revealing flashes of her tanned skin. Skin he’d like to touch and taste and have wrapped around him.

She stopped a few feet from Bear and set her hand on her hip. “Give me a paintbrush, or a roller, or a goddamn gun for all I care. Just give me something and get out of my way.”

They’d finished painting ten minutes ago. Bear chuckled at her vehemence. She was sexy as sin no matter what mood she was in, but this tigress before him made him want to comfort her and fuck her at once.

She narrowed her eyes. “Not hard enough. And I’m not your sugar. I need to work out my frustrations.” She thrust out a hand, obviously waiting for a paintbrush.

He grabbed that delicate little hand and hauled her against him. His entire body flamed. Several months of playing cat and mouse was way too long. Her eyes darkened and her breathing shallowed. Bear was done messing around. This brazen beauty not only wanted him, but she needed him. She just didn’t know it yet.

“What do you think you’re doing?” She spoke in a low voice and probably meant it to sound threatening, but she sounded sultry and hard to resist.

He cupped her chin, brushing his thumb over her lower lip, and the air rushed from her lungs. His hand slid over her hip. She had the sleek, sexy curves of a ’61 Harley-Davidson Duo-Glide, and he couldn’t wait to rev her up and make her purr. “Giving you what you need. A wild Whiskey night is the perfect remedy for your frustrations.”

“Uncle Be-ah!” Three-year-old Kennedy ran into the room wearing a Dora the Explorer nightgown and clutching the Winnie-the-Pooh stuffed toy Bear’s younger sister, Dixie, had given her. She squeezed between them. Truman had rescued his younger siblings, Kennedy and Lincoln, from a crack house after their mother overdosed. He and Gemma were raising them as their own.

Crystal smirked at Bear and arched a brow.

He reluctantly released her. Cockblocked by a three-year-old.

“Hi, pretty girl.” Crystal gave Bear a snarky look as she crouched and hugged Kennedy. “This cuteness is all I need after a frustrating evening.”

“Why are you fwustrated, Auntie Cwystal?” Kennedy still had a hard time pronouncing r’s, and the way she spoke turned Bear’s insides to mush.

“I came to kiss you and Beah good night.” She gave Crystal a tight hug and kiss, then reached her spindly arms up to Bear and went up on her toes.

He lifted her up, and she wound her arms around his neck.

“Thank you for letting me help you paint.” Kennedy yawned and rested her head on his shoulder. “The house will be pwetty for Mommy and Tooman’s—I mean Daddy’s—wedding.” Although Kennedy and Lincoln were Truman’s siblings, when Lincoln had begun talking, he’d called Truman Dada, and Kennedy had said she wanted to call him that, too. Sometimes she forgot and called him Tooman.

Bear ran his hand down her back. It was hard to believe it had been less than a year since Truman had found them. Kennedy had gone from a rail-thin, frightened little girl to a healthy, happy member of not just Truman’s family, but Bear’s, too.

“You’re the best painter around, sweetheart. Thank you for helping me.” He lifted his eyes, catching Crystal watching him with a warm—interested?—look in her eyes. He liked that a whole lot.

Crystal smiled. “Want me to take you up to bed?”

“Yes,” Bear and Kennedy said at once.

Crystal rolled her eyes at Bear and reached for Kennedy.

Bear put an arm around Crystal’s waist, ignoring her glare. “I’m escorting two of my favorite girls upstairs. Deal with it.” He guided her toward the stairs, where they ran into Truman on his way down.

Truman stood eye to eye with Bear, his dark eyes moving between the two of them. His lips curved up and he shook his head. He must have read the annoyed expression on Crystal’s face, because he reached for Kennedy. “I think I’ll intervene. Thanks, guys.”

After he went upstairs, Crystal said, “You can let go of me now.”

“No thanks.” He kept ahold of her as she stalked back to the living room. “Want to tell me what happened tonight?”

“No. I want to paint.” She squirmed out of his grip and he tugged her back.

“If you think I’ll let this go, you’re wrong. Talk to me. What’s got you so irritated?”

He ignored her comment because she knew damn well how things worked with the Whiskeys. More importantly, she knew him well enough to know he’d never sit idly by and let her get hurt. If someone had pissed her off, he’d straighten them out.

“You’re not mine yet,” he conceded.

“God, you’re so arrogant and handsy and…Ugh!” She pushed away. “I just had a rough visit with my mom, that’s all.”

“What happened?” Her not wanting to go into specifics didn’t surprise him. She’d always been cagey about her parents.

She grabbed the ladder and dragged it toward the far wall. He took it from her, and she glared at him again. She was the most stubborn woman he’d ever known. She was also sharp, confident, and possibly the most sensitive person he knew, though she’d never admit to it. Those were just a few of the things he found utterly entrancing about her.

Her arms were crossed, and he was pretty sure if it were possible she’d have steam coming out of her ears. “Can we just paint?”

“Sorry, sugar, but we’re done for the night.”

“Seriously?” She looked around the room, and her stomach growled. Her lips curved up at the edges as she spread a hand over her belly.

Perfect. He whipped out his phone, texting Tru and telling him he was taking Crystal out for a bite to eat. “Grab your bag. We’re going out to eat.” He draped his arm over her shoulder and headed for the front door.

He gave her his best deadpan stare.

Challenge rose in her beautiful eyes. “You don’t tell me what to do.”

She folded her arms over her chest. “That’s telling.”

“Christ, woman.” She had no idea how much he adored this side of her. They’d never been on an official date, but they’d gone to grab a bite to eat spur-of-the-moment like this plenty of times. “Are you hungry?”

“Oh my God. Really? Didn’t anyone ever teach you how to ask a woman if she’d like to go out to eat?”

“Are you telling me to ask you out on a date?” He slid his arm around her waist again and waggled his brows.

He loved her laugh. It was brazen and loud, like her. “Damn. Thought I got lucky. Crystal Moon, would you like to grab a burger with me?”

She picked up her bag from the floor. “Fine. But I need to tell Gemma. You’re so bossy.”

“You totally dig bossy, and I already texted Tru and told him.” 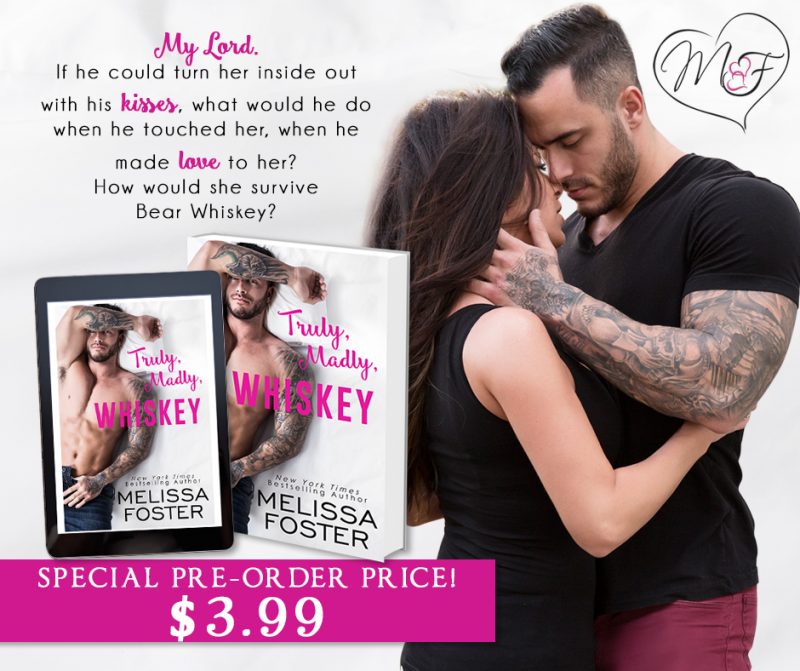 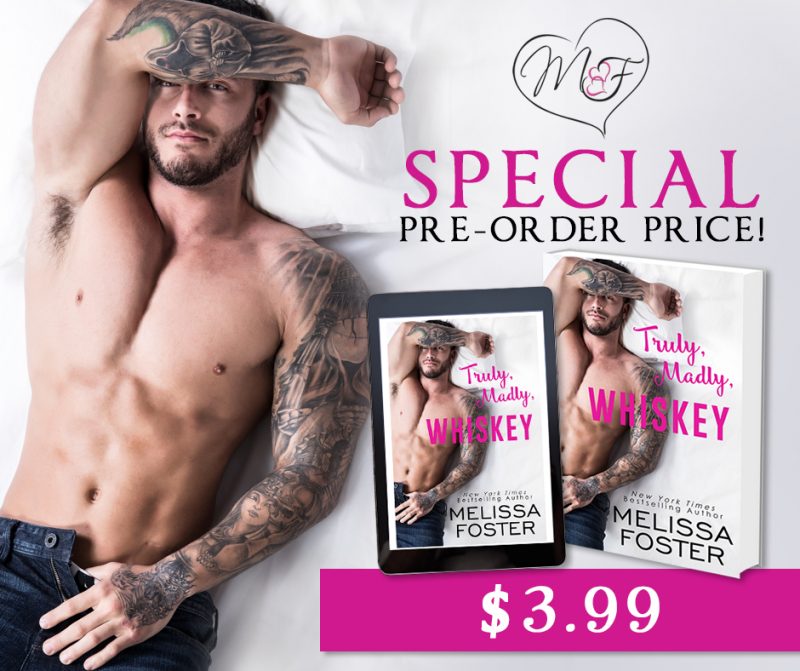