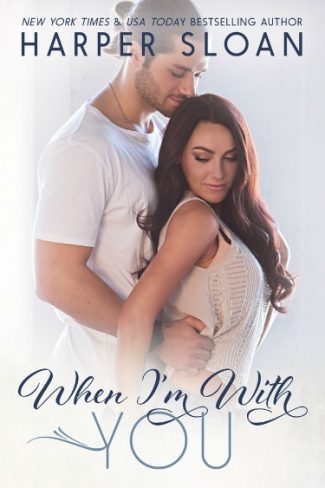 Nate
It’s nearly impossible to be surrounded by love but not understand it. My parents, my sister, and just about everyone around us has no trouble accepting that love. To give your trust to someone else and believe they would die before hurting you. I’ve witnessed it—I’ve seen the power of it—but I’ve also seen the pain. Because for me, I’ve only loved someone I could never have, and my biggest fear is that by giving her my love, all I would do is ruin her. I should have tried harder, but I’m not sure I can because I only feel complete when I’m with her.

Emberlyn
The only time I feel like I belong is when he’s near. His infectious smile warms me straight to my bones. Any insecurities I have vanish with just a wink from him. A sliver of his attention makes me feel invincible. But all it took was one drunken night of truths for me to lose everything I had begun to crave. Now, I’m not sure how to move on because I only feel complete when I’m with him.

He said I was too young. I said he was perfect. He said our families wouldn’t understand. I said we could weather any storm. He said he would ruin me. And he was right. 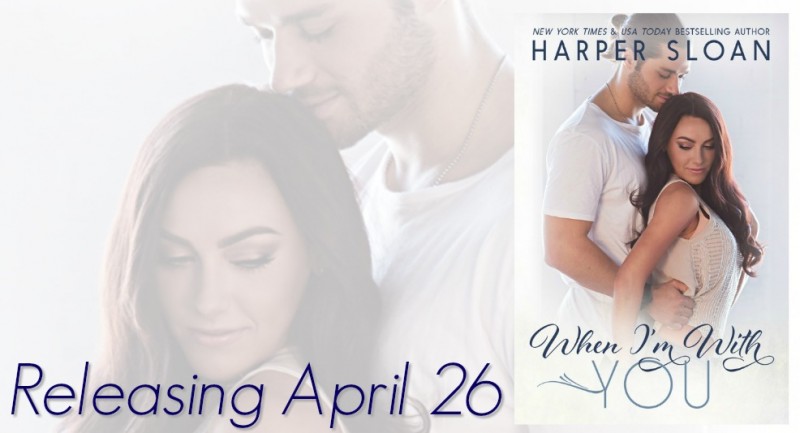 Title: When I’m With You 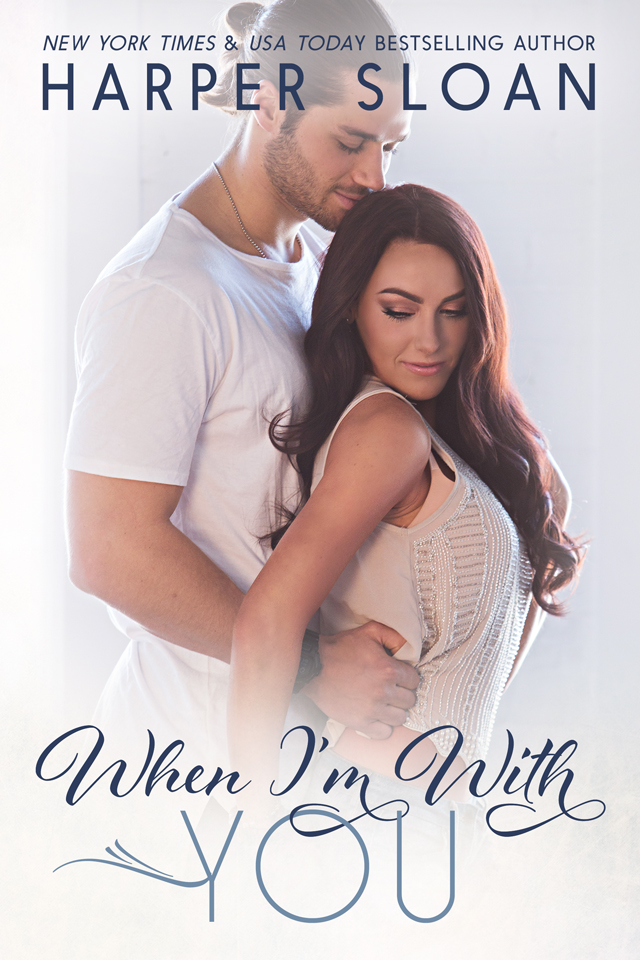 “I want you so bad,” I mumble through the arousal rushing and flowing over every inch of my body, tingling up every nerve and swimming around inside me in overdrive.  “I’ve dreamed of this for so long,” I continue, my words coming out in a pant as I rock my hips.

“Ember,” he warns when I jerk my hips out of his unforgiving hold, giving us both the friction we’re in the need of when my wet and swollen lips slide against his erection.  “Stop,” he barks in a deep rumble, his neck straining as he takes my hips again between his hands.

“Never.”  I let my head roll back and start to pick up my movements, each thrust up getting the attention to my clit that has the burn in my core starting to fire up my spine, wrapping around me as it climbs through my body, gearing up to explode.

Before I realize what’s happening, he’s flipping us.  My head lands in my pillows, just a breath away from the headboard in the center of my bed.  It takes me a second, still clinging to the climax that had been just seconds away from taking over, and I push my hair off my face with both hands.  When I look down my body, I almost retreat when I see the feral expression on the man kneeling between my spread legs.

He takes huge body rocking gulps of air, his chest heaving with their power.  His hair is a loose mess hanging free to dance at his shoulders, a few pieces falling into his face that he either doesn’t notice or just doesn’t care about.

And his eyes are focused downward.

If I didn’t believe he was fighting the same all-consuming feelings as I was, I would have thought that his downcast gaze was for another reason, but seeing those brilliant emerald eyes locked on my very exposed and wet sex, I know that I’m the reason he’s being slammed with a hungered need.

The power I feel seeing his reaction to my excitement is a high I never want to live without.  Something that I will wake up thinking about and fantasize every second we’re apart, trying to think of new ways to make him come alive like this.  That uncontrollable, feverishly strong emotion he’s wearing can only be an aftereffect of our chemistry.  Until it burns so bright that it’s exploding around us like a brilliantly beautiful display of fireworks.

And with that thought, he makes a sound low in his throat, pushing forward in the next breath to cover my body with his as his mouth takes mine in a deep, bruising kiss.  His underwear still keeping him from me completely, but that doesn’t stop him from thrusting against my body as if he was already inside me.  Each time he slams against me, the headboard slaps against the wall and my eyes roll back in my head.

It was foolish of me to think I would ever be able to control this man once I saw the fierceness burning in his scrutiny break free of his careful control.  When I try to push my hands into his hair, he breaks our kiss with a hiss and narrows his eyes at me.

“You’re not to touch me, Ember.  Not at all.  I’m so worked up right now because of you. I’m about to fucking come all over myself and the only place that’s going to feel my fucking come will be the inside of your pussy.  Do not test me by putting those wicked little hands on my body until I can take my time to show you what it’s really like to take while giving.”

“Please,” I rasp past my dry throat, needing that so desperately.

“No, not please.  From this point on, the only word I want to hear from your lips is my name.  Moan, groan, scream out your pleasure, but you say no other word than my name.  I want to hear you scream that, Ember,” he stresses with a hard thrust.  “You don’t come until I tell you to,” he rumbles deep in his throat.  I lose his eyes as he bends to trace my ear with the tip of his tongue before whispering against it.  “And when you do, you had better do it loud enough to feel pain in your throat from the pleasure I’ll give your pussy.”

“Take me,” I beg, trying to rock against him, but his weight on me restricts my movements.

“Nate,” he grunts in my ear.  “No more fucking words but my name.  Know who is claiming you.  Let the whole fucking world hear who is taking you and making you his.”

He runs his hands up each of my arms, stretching them out until I can almost feel the edge of my mattress and his hands are curling around my fingers.

“Hold on,” he commands with a wink. 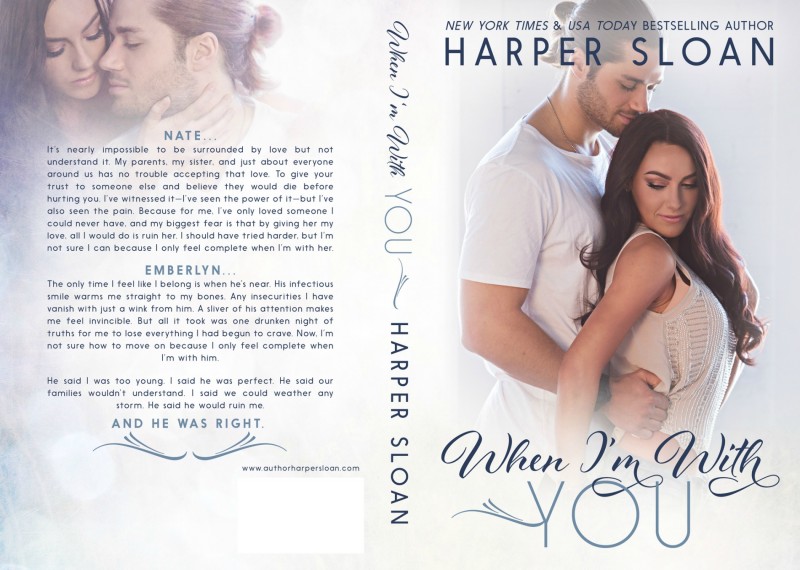 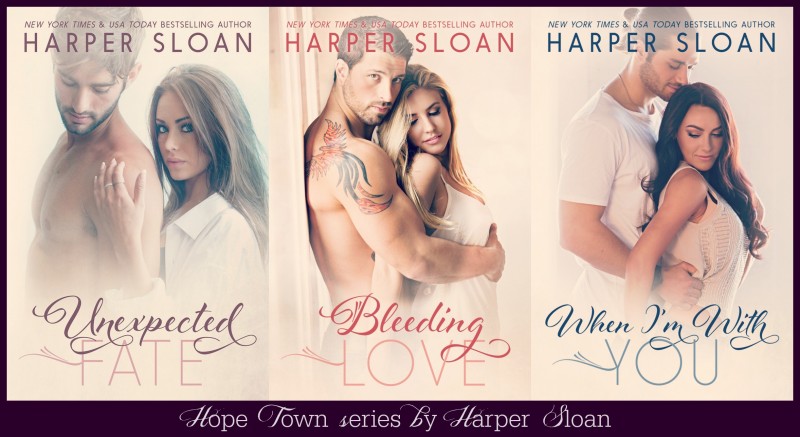 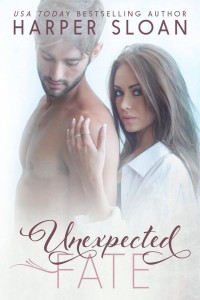 Have you ever felt like you were living your life for a future that was predetermined? Like there was some bigger picture you just prayed you would someday see clearly? That picture has been crystal clear to me since I was old enough to recognize it for just what it was.

Or I should say recognize him for who he was.

My name is Danielle Reid, and it’s time for me to get my man.

Our future is an unexpected fate, and no matter what our parents, siblings, and friends say…it’s going to be worth every second of the fight to make it happen. 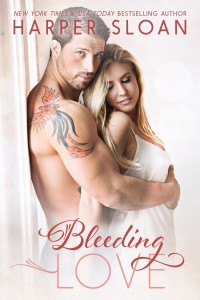 I’ve loved once. I gave everything that I had to that love. Blindly believing that nothing could ever take that feeling away from me. Away from us. And when my little world of happiness was ripped from my fingers, I felt a loss that still haunts me to this day.

Now I use that lingering grief as a shield to keep my heart from loving again. It’s that fear that keeps me from letting anyone, except my daughter, get close enough to make it hurt. To make my heart bleed when I inevitably lose again.

Until the day I met Liam Beckett and everything I thought I had protected myself from was shoved back in my face.