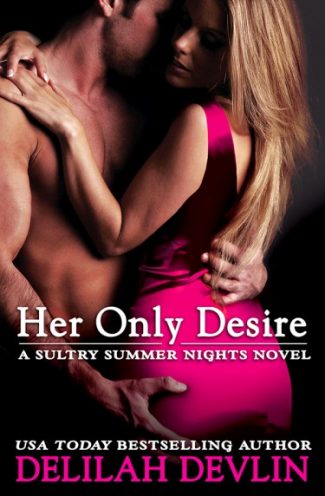 The moment Tilly Floret sees the sleek Bentley driving down Main Street, she knows trouble has arrived in her sleepy little town. A mysterious job posting keeps appearing at the diner where she works, and she can't resist applying. No matter that the entire town of Bayou Vert is whispering about the wealthy, powerful man behind it all and his scandalous return home. The moment his ice-blue eyes meet hers, he ignites an all-consuming desire she never imagined possible, one she can't deny.

Ex-navy SEAL Boone Benoit never thought he'd set foot in Louisiana again. As soon as Tilly starts her new job in his pleasure club, he senses a kindred soul. One who has carefully guarded secrets of her own-and a simmering hunger for the taboo rites of mastery and submission. The only difference is she doesn't yet know it. Now as Boone tutors Tilly in the tantalizing world of leather and lace, she will shed her every inhibition and surrender to him, body and soul. 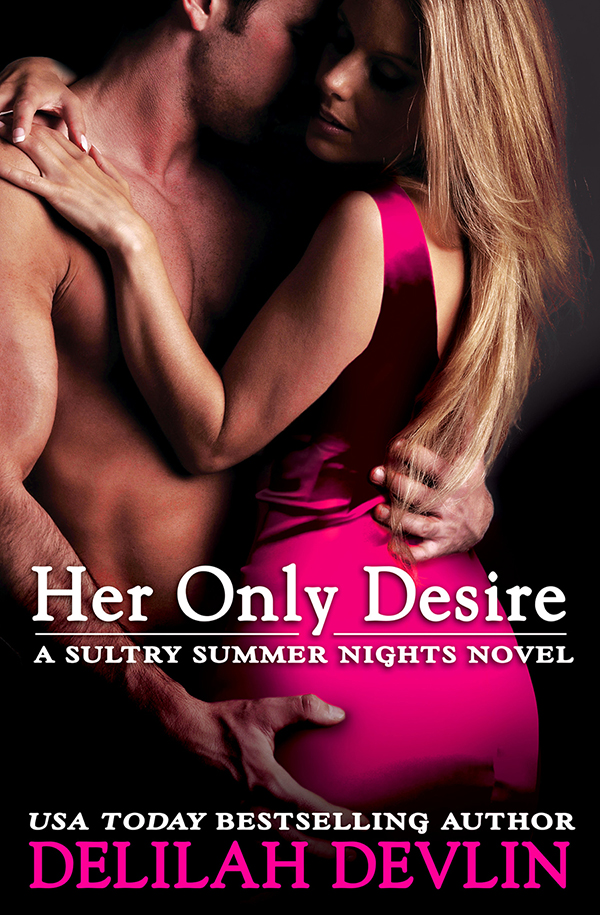 His head lowered, bringing the shadows with him. “There’s so much I want, sweetheart. So much I’ll do. If anything makes you afraid, don’t hesitate to ask me to stop. There’s nothing I consider taboo. Nothing I don’t want to touch or enter. With you, I’m finding it hard to hold back.” He bent closer and kissed her mouth, licking her bottom lip, and then eased his tongue inside her mouth..

His kiss was more than just a kiss. It was a promise. A sensual threat. He controlled it, using his hands to hold her head still, his lips to seduce her into wanting to follow. His tongue invaded, licking at her lips, stroking her tongue, thrusting in a way and a rhythm that made her hips curl.

With his mouth and tongue, he drew from her emotions she found foreign—wonder at his thoroughness, sublime lethargy that left her feeling boneless. Heat licked at her breasts and sex although he concentrated all his efforts on exploring only her mouth.

When he drew back, she blinked slowly, her gaze going straight to his lips, and then rising slowly to lock with his darkly hooded gaze.

“I think… I’ll play with you later,” he murmured. “For now, I’ll keep this uncomplicated.”

“Uncomplicated? For whom?” she grumbled.

His chest shook against her as he chuckled. Then he dipped down and kissed her chin.

She tilted back her head, begging him silently for more. He gave it, sliding his lips down her throat, his tongue touching the pulse hammering there. Then he scooted down, kissing the tops of her breasts.

More than anything, she wanted to sink her fingers in his hair and pull his mouth to the aching tips of her breasts.

Boone didn’t make her wait, lips latching on one beaded tip and drawing on it, pulling it into his mouth where he tortured it with flicks of his tongue.

Muscles tensing, her legs moved restlessly, widening beneath him. Moisture seeped from inside her, but he couldn’t know, could he? He wasn’t touching her there, where she needed him most.

He let go of her nipple and nibbled and sucked her skin, making his way across her chest to the other nipple.

When he bit the tip, she arched beneath him, groaning, aching for release.

He leaned on one elbow and cupped the breast he tortured, molding it in his large hand. Then his hand glided down her ribs, and lower still, fingers sliding into the top of her folds.

Heart pounding, her breath hitched and held as he pulled her nipple between his teeth and nibbled. His fingers swirled atop her cloaked clitoris.

Pulling off her breast, he glanced into her eyes. “No rules. No inhibitions, Tilly. Give yourself to me.” His fingers swirled and swirled, pausing now and then to gather the fluids seeping from inside her, then rubbing again, each slow circle tightening the desire coiling inside her.

She couldn’t look away. Couldn’t hide behind the sweep of her eyelashes. Locked in his gaze, held captive by his wicked fingers and the steady gleam of his darkened eyes, she began to writhe, thighs tightening and opening, her head turning side to side. Her breaths deepened, growing more ragged by the second.

When the moment arrived, she forgot to keep her hands at her head and reached desperately for his shoulders, fingernails digging into his skin while her back arched and her moans grew louder.

Released by his words and the pressure of his fingertips, pleasure exploded, radiating outward from deep in her core, quivering through her limbs, curling her toes. Tilly’s cry cut off as she fell back, shattered, pleasure pulsing, rippling up and down her channel.

Fingers plunged inside her, twisting, finding a sensitive spot inside her that wrested another wave of wicked pleasure. When she tumbled down, she lay sweating, the sheet wet beneath her bottom.

Boone kissed her belly, the top of her mound. When his tongue touched her clit, the caress soothed rather than taking her into that dark pleasure again. She sank her fingertips into his thick hair and rocked her hips, the motions slowing until she fell still.

He moved up the bed, turned her on her side and spooned his body behind hers. His arms wrapped around her, a tight-muscled embrace. He pressed a kiss against her cheek and simply held her.

Until just a few years ago, award-winning erotica and romance author Delilah Devlin lived in South Texas at the intersection of two dry creeks, surrounded by sexy cowboys in Wranglers. These days, she’s missing the wide-open skies and starry nights but loving her dark forest in Central Arkansas, with its eccentric characters and isolation-the better to feed her hungry muse! For Delilah, the greatest sin is driving between the lines, because it’s comfortable and safe. Her personal journey has taken her through one war and many countries, cultures, jobs, and relationships to bring her to the place where she is now-writing sexy adventures that hold more than a kernel of autobiography and often share a common thread of self-discovery and transformation.