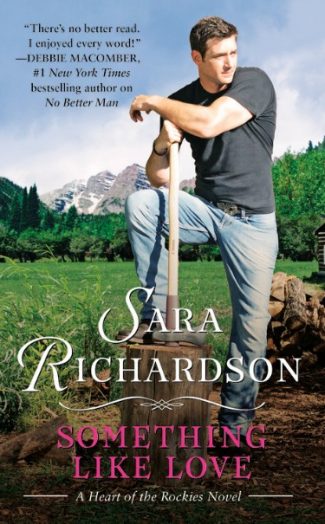 It's gonna be a wild ride.

Ben Noble needs to do some damage control. Fast. His heart has always been in ranching, but there's no escaping the spotlight on his high-powered political family. Now the only thing that can restore his reputation is a getaway to the fresh air of Aspen, Colorado. Not to mention that the trip gives Ben a second chance to impress a certain gorgeous mountain guide. But Paige Harper is nothing like the shy girl he remembers... she's so much more.

Paige is serious about Ben, too: seriously annoyed that the playboy cowboy is using her mountain for his PR. Once upon a time, she fell for Ben's aw-shucks charm, but the fairy tale didn't end happily. Paige doesn't intend to let down her guard again. But keeping their relationship all business and no pleasure may be harder than she thinks-especially if the moonlight, the Rockies, and a certain irresistible rancher have anything to say about it...

“Charming, witty, and fun. There’s no better read. I enjoyed every word!” 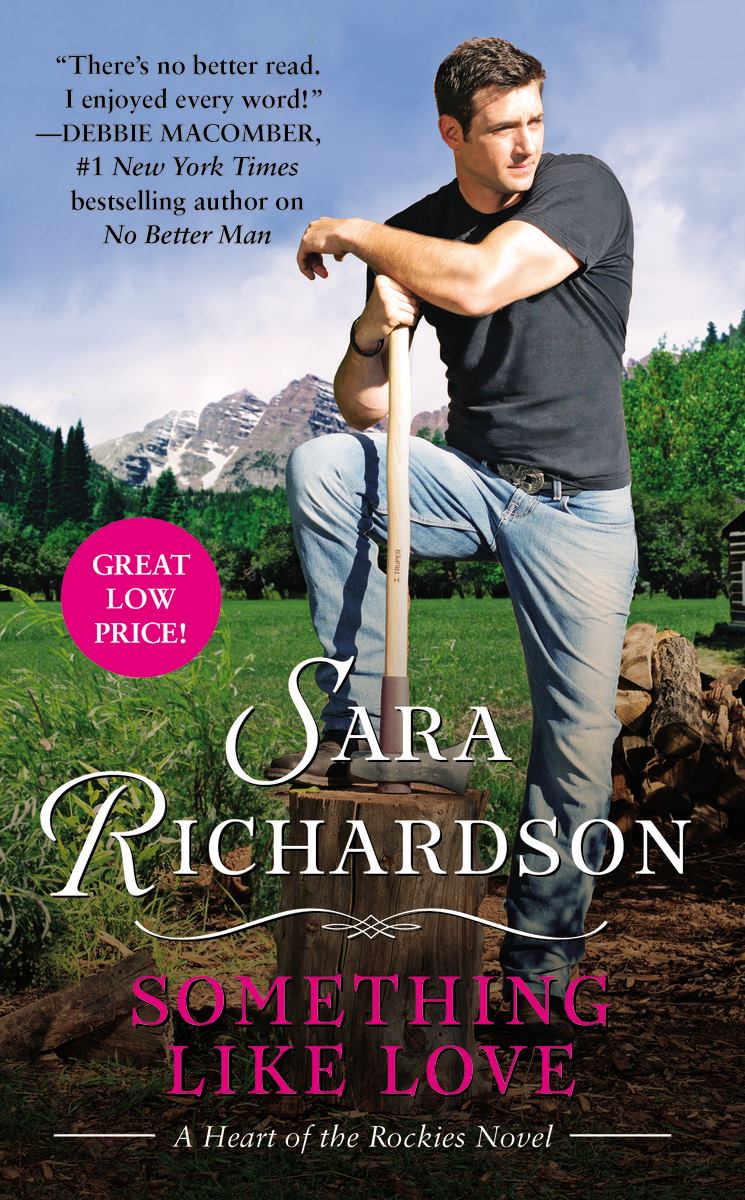 “Whatcha doin’?” He sidled up next to her, his hand still lingering against her, his spicy scent wrapping around her.

What was she doing? Convulsing. Practically gasping for air because his large, capable hand pressed against her and, even though she couldn’t forget the humiliation he’d caused her at the gala, she also couldn’t forget how it’d felt to kiss him, those sly, smiling lips claiming hers, coaxing out that surge of warm, tingling want from the vastly neglected regions of her body.

Seemingly oblivious to her inner chaos, Ben glanced down in that lazy way of his, soft brown eyes lit by the glow of the soft chandelier lighting overhead. “You look . . . different.”

Usually she didn’t care much how she looked, especially considering that she spent her days out in the sun and wind, out tending to horses that didn’t care much how she looked, either. But standing next to him—so close she could feel the warmth of his body—made her acutely aware of every detail about herself, the small scar over the bridge of her nose from when she’d crashed her mountain bike, the freckles across her cheeks, the cracks in the dry skin on her hands . . .

“Sorry.” One side of his mouth lifted. “I meant to say you look nice.”

Except the word sounded confused, like he wasn’t quite sure exactly what he was looking at.

Her body went stiff and she stepped away so he couldn’t touch her. He thought she was trying to impress him?

Blood rushed to her face. Hardly. So typical of a wealthy bachelor. She’d dressed up and put on makeup and he assumed it was all for him. The pulsing in her cheeks verged on a nuclear meltdown. “Your mother made it clear she likes things a certain way.” So there. She hadn’t spent two hours getting ready for him. She’d done it all for his mother.

Ben slipped in front of her. She only came up to his chin, but he lowered his head until they were nearly eyes-to-eyes, nose-to-nose, lips-to-lips. “The only person who values my mother’s opinion is her.”

He was too close. Too intense. She strained her lungs to slow her breathing so her breasts didn’t heave out and collide with his chest.

“I make my own opinions, Paige. In case you can’t tell, I like what I see when I look at you.”

His gaze lowered to her lips and she had to pull back. She couldn’t stand there teetering on the edge of that cliff. She couldn’t let herself close her eyes and fall, not with Bryce and Mrs. Noble over there, not with her job on the line. And not with Ben being a cowboy Casanova who dated catalog models. That would not end well for her, just like it didn’t at the gala. Just like it didn’t after Jory convinced her to give him a piece of her heart, then threw it in the trash like a cheap dollar-store ring.

She stumbled back a step. “It doesn’t matter if you like what you see,” she snapped. “I’m not interested.”

“It would be unprofessional,” she breathed, inching more space between them.

His lips quirked as he studied her, the expression calling her bluff. He raised a hand up to the wall, trapping her against him. “If I’d have known I was gonna meet you that night, I never would’ve even looked at another woman. You can’t fault me for not bein’ able to see into the future.”

Resist the drawl.  She had to resist the drawl. Inching more space between them, she raised her gaze to meet his and tensed her face to send him a message. “That has nothing to do with it,” she insisted, then shrugged out from under him so her voice would quit trembling.

But his eyes wouldn’t let her go. They seemed so settled on her, so comfortable staring into hers. “Get to know me. Then you can decide what kind of guy I am.” He rested his hand on her upper arm in a gesture of sincerity, but she jerked away.

He shouldn’t touch her. Shouldn’t look at her that way. “I don’t want to get to know you.” Because what good would it do either of them?

His hand dropped to his side, but his eyes wouldn’t let hers go. “I’ll change your mind.” 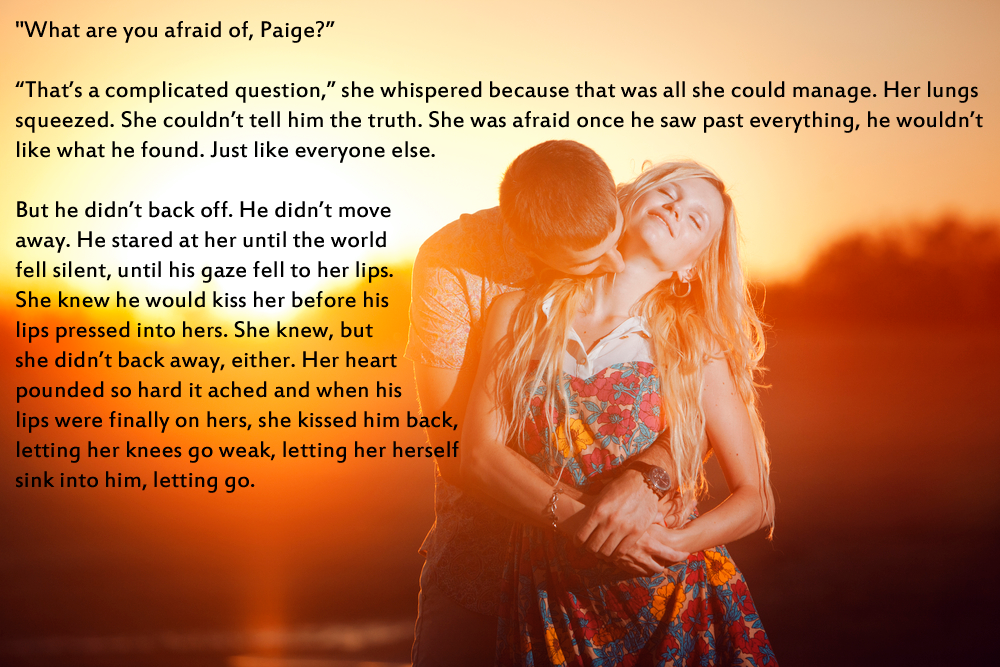 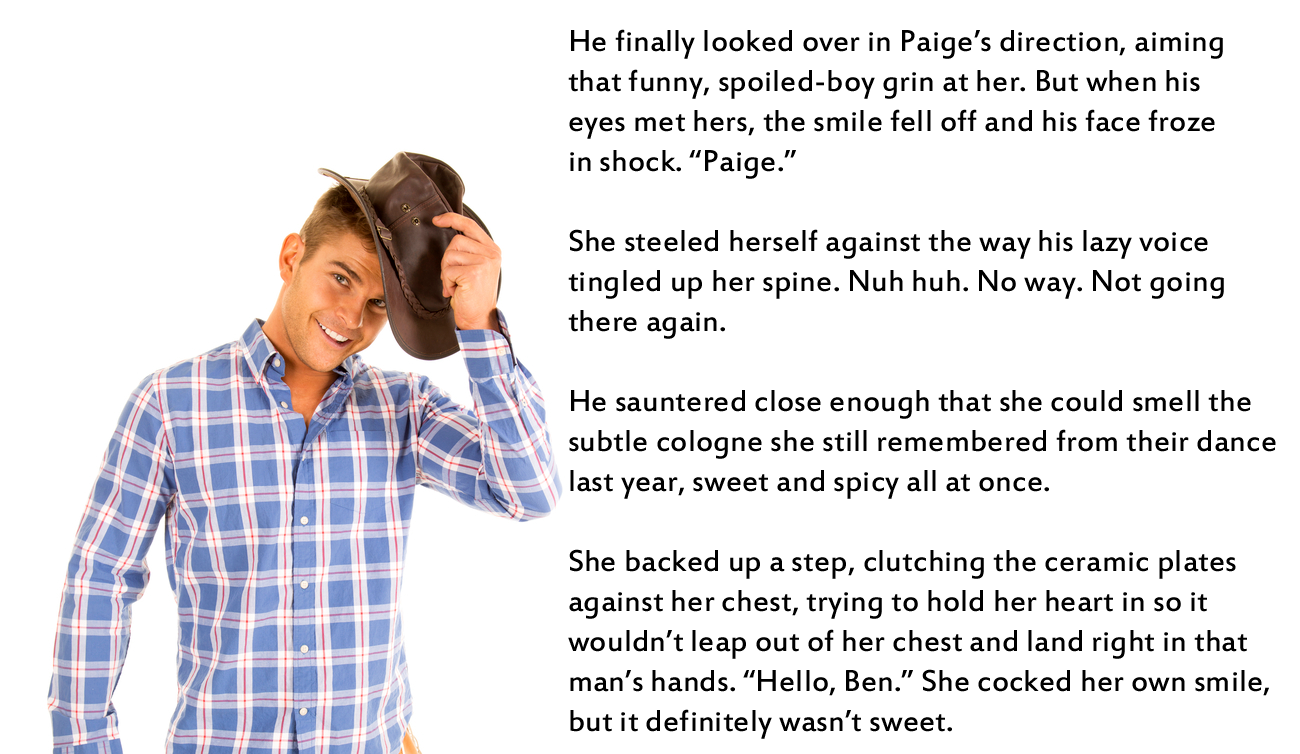 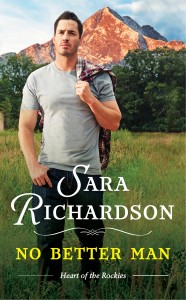 When it comes to business, Avery King always comes out on top. So after a very public breakup, work is the perfect excuse to flee the Windy City for the gentle breezes of Aspen, Colorado. Her mission: acquire the land of a rundown mountain ranch. Avery expects an easy win… until she meets the rugged and irresistible rancher who won’t give up his property without a fight.

Bryce Walker is stunned by the stubborn beauty determined to get what she wants. But what she wants is his last connection to the life he used to have. Bryce has plans to return the ranch to its former glory and no way will he sell his family home. Yet the more time he spends with Avery, the more her sweet touch makes him forget his painful memories. Now Bryce must decide whether living in the past is worth losing his future… 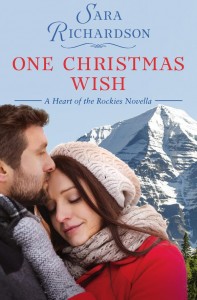 ‘Tis the season for second chances…

There’s nothing like a Christmas wedding to warm a girl’s heart-or to distract everyone else from the fact that one particular bridesmaid intends to quickly skip town. Julia Noble’s accident was years ago, and she’s tired of being overprotected. She needs to be on her own. But before she flees Aspen, Colorado, Julia wants to make sure her brother has the perfect wedding and all her ducks are in a row. Yet duty soon turns to pleasure when three days before the big day Julia runs into the only man she ever dreamed of marrying.

Fresh out of the navy, Isaac Nash just wants to feel normal again. But starting his new life means winning back the girl who captured his heart years ago. Isaac didn’t know the truth behind the tragedy that changed Julia’s life forever, and he can’t stop blaming himself for not being there for her. After all this time, he knows that Julia is what he wants, this and every Christmas. Now Isaac just has to convince her that she’s earned a miracle, too…

More Than a Feeling 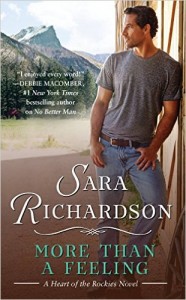 For Ruby James the Walker Mountain Ranch is her safe haven. Here in Aspen, Colorado, she can finally build a quiet life for herself without fear of her old one rearing its ugly head. Or so Ruby thinks. Any single woman would be happy to indulge a tall, dark, and curious cop-but the closer Ruby gets to him, the closer she gets to losing her newfound peace.

Police officer Sawyer Hawkins is no stranger to secrets. He’s ready to leave town for good until a security threat brings him back to Walker Ranch, and Ruby’s gorgeous green eyes soon have him second-guessing his decision to go. Her kindness and quiet strength awaken feelings he’d thought long buried, even as her reluctance to talk about her past worries him. The cop in Sawyer only wants the truth-but the man in him wants Ruby in his arms forever…

Sara Richardson grew up chasing adventure in Colorado’s rugged mountains. She’s climbed to the top of a 14,000 foot peak at midnight, swam through Class IV rapids, completed her wilderness first-aid certification, and spent seven days at a time tromping through the wilderness with a thirty-pound backpack strapped to her shoulders.

Eventually, Sara did the responsible thing and got an education in writing and journalism. After a brief stint in the corporate writing world, she stopped ignoring the voices in her head and started writing fiction. Now, she uses her experience as a mountain adventure guide to write stories that incorporate adventure with romance. Still indulging her adventurous spirit, Sara lives and plays in Colorado with her saint of a husband and two young sons.