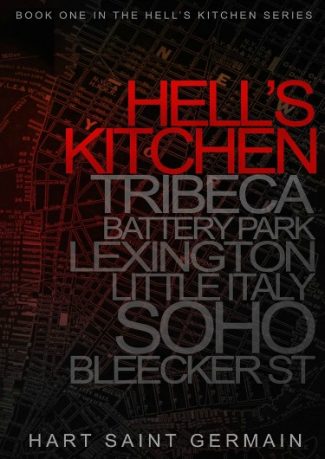 From International Bestselling authors Callie Hart and Lili St. Germain comes a tale of two families co-existing in a melting pot of violence, murder and drugs in the seedy underbelly of New York City.

Theo and Sal Barbieri are brothers, tasked by their Mafioso father Roberto with a very clear purpose: kidnap Kaitlin McLaughlin. The beautiful daughter of Roberto’s Irish enemy. It’s high time Kaitlin was punished for her father’s sins—not to mention, her own.

And Operation: Kidnap Kaitlin is a roaring success… until it isn’t. When Kaitlin escapes into the busy streets of New York City, it’s a race against the clock to find her before Sal and Theo become the hunted.

Zeth Mayfair has traded his life as a hitman for a quieter existence, but it isn’t long before the past catches up with him in the form of Roberto Barbieri. Will he succumb to the lure of power that Roberto is offering? Or will he retaliate by killing every last Barbieri in New York to get them off his back?

Jason Ross is running. Woken in the night by a tip that the Gypsy Brothers are coming for him, he packs a bag and gets his girlfriend the hell out of dodge. Arriving in New York City in the midst of a heatwave is one thing, but being tailed by an entire drug cartel is another.

Worlds collide in Hell’s Kitchen as secrets come to light and sins are punished. Because we might be different in the light of day, but in the darkness, we’re all connected somehow. 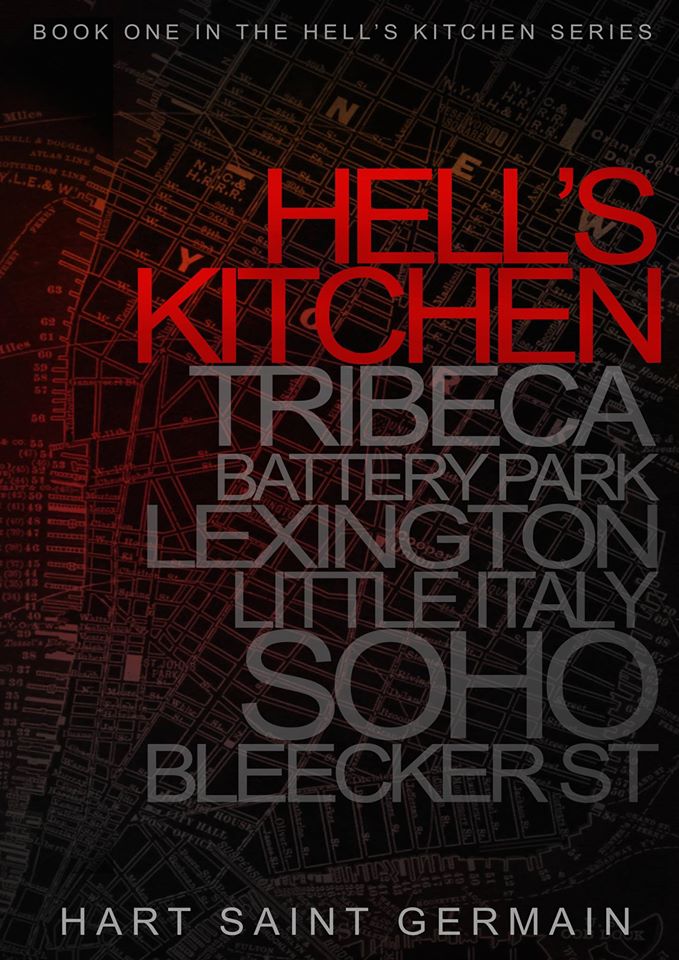 “What time they due to land?” Sal asks. He loops a tie, pre-knotted and ready to go, over his head.
“Twenty minutes.” With traffic the way it is, we’ll be there in ten.

Sal tightens the tie around his neck, placing the ridiculous fucking chauffeur’s hat on his head. He tucks his hair back behind his ears. He needs to cut it, but will the bastard listen? Hell, no. He never listens to a word I say. “Are you ready?” he asks.

I take my eyes off the road, arching an eyebrow at him. Who the hell does he think he’s talking to? I’ve been doing this job longer than him, after all. I’ve never blinked. Never not been ready. He gets the point pretty damn quickly.

When we arrive at the airfield, we’re directed to hangar twelve, no questions asked. Paddy McLaughlin’s own men would have arrived around now—if we hadn’t already beaten the shit out of them and handcuffed them to a pillar inside an old cardboard factory down on the wharf—so we’re expected. Kaitlin McLaughlin’s plane is delayed. I’m already bored and itching to go by the time the private jet touches down. Sal climbs out of the car and leans against the front passenger door, waiting for the prissy Irish princess and her entourage to exit the plane. When she does, we’re in luck.

Normally, Paddy doesn’t send his little girl anywhere without two personal bodyguards. Today, she’s only accompanied by one. Sal taps the hood of the car as he goes out to take her bags. I have the engine purring in anticipation as he opens the back passenger side door for her and she climbs inside.

Huge sunglasses cover her eyes. That full mouth of hers is perfectly visible in the rearview, though. “Where the fuck is Ray?” she asks. Her father may be first generation Irish, but Kaitlin was born and raised in the States—she sounds like a spoiled little Yank bitch.

“Mr. McLaughlin needed him for something else. He sent us instead.”
She slides the sunglasses down the bridge of her nose, peering at me over the car’s half-raised privacy screen. “And who are you?”
I give her a tight-lipped smile, doing my best to keep my tongue in my head. We need the bodyguard to get in the car, and then we’re golden. Until then, I’m Jerry, the friendly town car driver. “Jerry. My buddy there, that’s Gareth. We’re new.”

“I can see that.” She makes a low, humming sound at the back of her throat. She sounds like she approves. Sorry, sweetheart. I don’t touch crazy pussy. But I will introduce you to my old man, all the same. He just can’t wait to fucking meet you.

The door behind me opens and I feel the car dip as someone gets in—I didn’t notice before, but the lone bodyguard with Kaitlin is a woman. Must be the chick Roberto was talking about. I get a good look at her in the rearview and find myself taking a second one for good measure. She’s blisteringly hot. Maybe in her mid-twenties? Long dark hair, tied back into a braid. High cheekbones. A mouth to rival Kaitlin’s. Her tits strain against her tight black shirt as she twists to put on her seatbelt. You can tell she works out; her clothes fit her far too well for her not to know she looks good in them, too.

“Busy doing something for Daddy,” Kaitlin informs her, which saves me from spinning the lie again.
“Okay. Straight to the bar, then.” The body guard’s head doesn’t even lift, but she’s a professional. She assesses me in the mirror just as I’ve assessed her. I pretend not to notice as Sal folds himself into the passenger seat.

“Of course.” I press the button for the privacy screen, raising it the rest of the way, blocking out all sound from the back of the car. Sal turns and gives me one of his wicked, crazy-ass grins. He’s enjoying this already. “All right, then, big brother. Let’s do this.” He leans forward and hits a button on the dash—and every single door on the town car automatically locks. “No backing out now.”

I burn out of the hangar to the sounds of muffled thuds from the back of the car. The bodyguard’s not stupid. She’s heard the doors locking and knows something isn’t right. “Motherfucker! Open this up right now!”

Normally there’s an intercom in these cars, but this one’s different. Sal and I smashed the shit out of this car’s intercom with two lump hammers and ripped out the wiring. We also lined the roof with lead. The girls in the back aren’t striking up a conversation with us any time soon. And they aren’t making any phone calls to dear old Papa McLaughlin, either.

As I head back toward the city, the shouting from the back gets louder. It’s accompanied by the dull thudding of feet trying to smash out the privacy screen. Sal raps his knuckles against the glass, grinning again. “Bitch sounds crazy back there. I don’t think she likes the modifications we’ve made.”
I allow myself a small smile as we hit the George Washington Bridge, heading back toward North Manhattan. So far Operation: Kidnap Kaitlin has been a roaring success. Sal pulls out his cell and starts tapping into it with quick fingers. “Telling the old man we’re on our way?”

He nods. “Bastard better give us credit where credit’s due. He’s probably still organising his own fucking birthday party. Meanwhile, we have just successfully taken our mark hostage. We’re on the homeward stretch.”

The thing about saying you’re on the homeward stretch is that often it’s like waving a red flag at a bull. Fate must hear that phrase and decide to fuck over the poor schmuck who was dumb enough to utter it every single fucking time. It’s only seconds after Sal’s parted with those words that the electric window behind me—the bodyguard’s side window—shatters. We knew the bodyguard would be armed, but we didn’t expect anyone to be shooting out the damn side windows. An eruption of fragmented diamonds explodes sideways, spraying a bright yellow smart car with a million shards of glass. The sound of the firing gun is almost deafening.

The smart car veers sideways, smashing into us; I press my foot to the floor, grinding my teeth at the sound of screeching metal and more hammering from the back as I swerve through the traffic. Sal twists in his seat, pulling his gun and pressing it to the glass of the privacy screen. His finger’s on the trigger. “She’s going fucking crazy. I’m gonna shoot the bitch.” 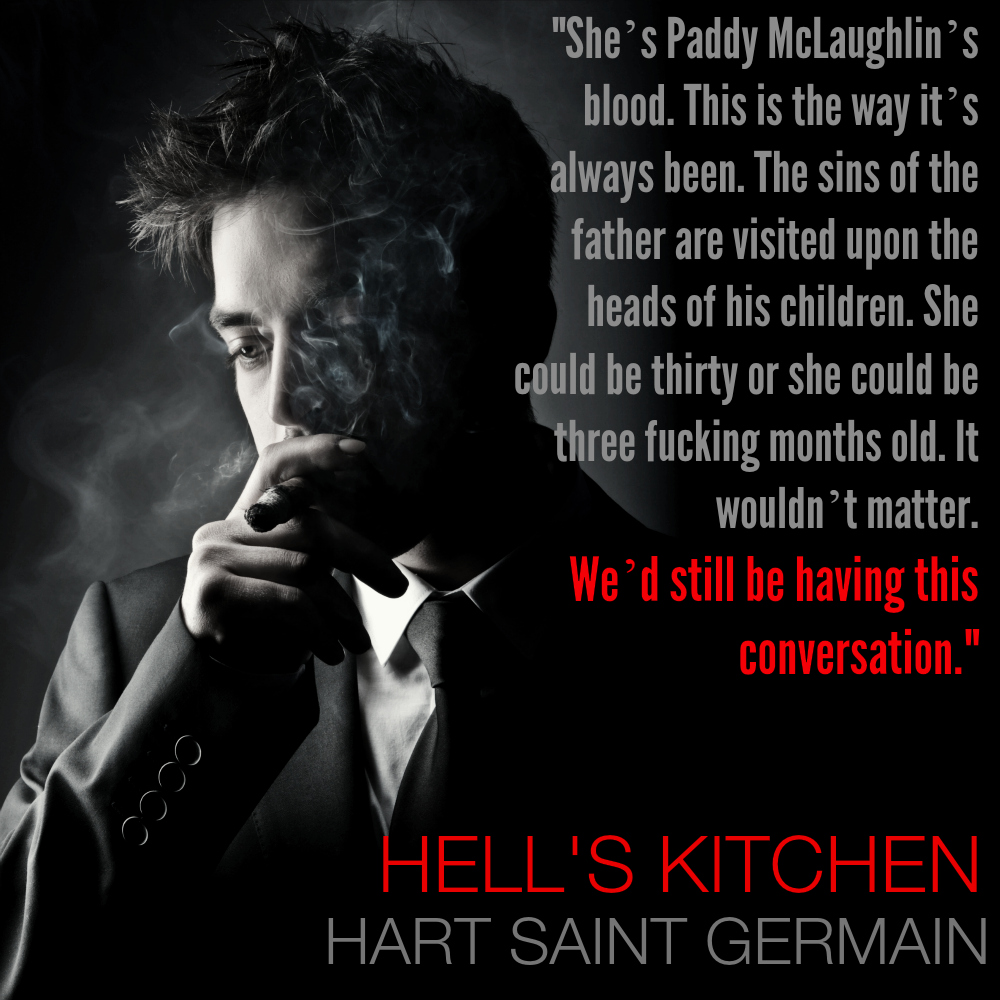 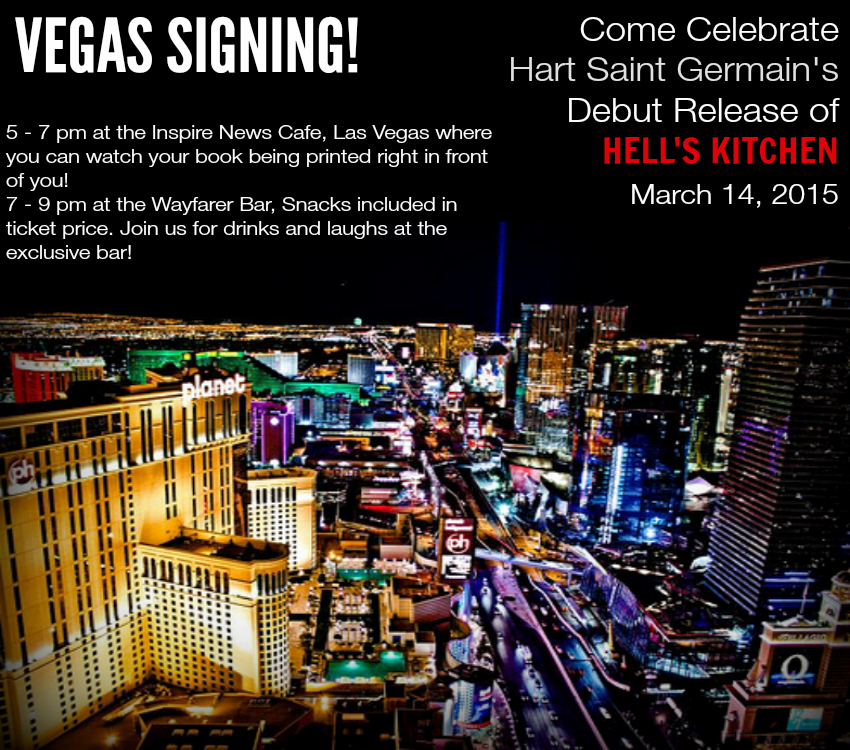 Callie Hart & Lili St. Germain are coming back to the US! Just in time for the release of their joint project Hell’s Kitchen. Join Callie and Lili, Saturday March 14th, at the super cool Inspire News Cafe from 5-7 for a special printing and signing of their newest book and a Q& A session.

Then, come upstairs to the Wayfarer Bar, from 7-9 for cocktails (cash bar) and laughs. It’ll be a fun evening with Hell’s Kitchen chatter, some themed cocktails, light bites and a chance to spend some more time talking about all things Hart St Germain.

**Books that are printed will be available for purchase for around $10. Exact price to be confirmed closer to event date. This is pretty awesome! The machine that prints books while you watch is one of only 30 in the world! You’ll be able to take away your unique, limited edition of Hell’s Kitchen, signed by both authors – There will never be others that look like the ones printed in Vegas.

**Snack foods will be provided.
**All drinks are your responsibility

Inspire News Cafe (downstairs) and Wayfarer Bar (upstairs) are both gorgeous, hip venues with kick ass atmosphere! The Wayfarer bar is where we’ll finish the night and is a gorgeous, mad-men inspired bar that will be closed just for attendees! 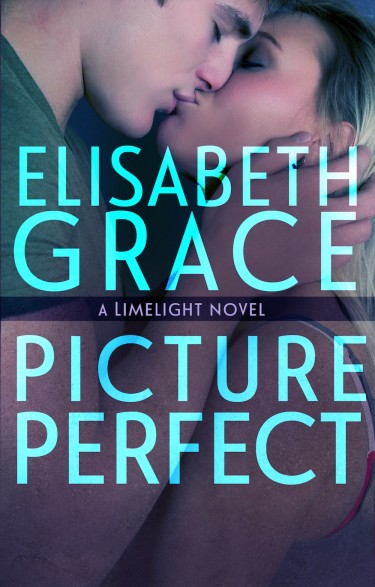