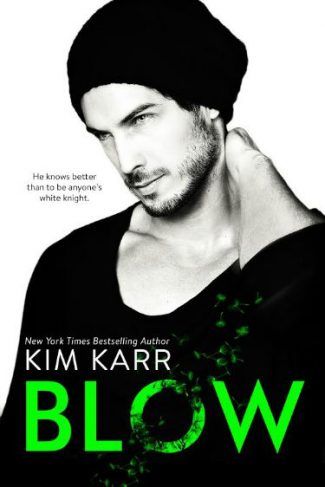 They met in the face of danger. They weren’t looking for love. They both knew better. But they couldn’t stay away, and they fell hard.

He is heart-stopping handsome, fearless—and haunted by deadly ties.

She is breathtakingly beautiful, determined—and in harm’s way.

They should have parted. They didn't. They never should have fucked. They did. And now time is running out. One hundred sixty eight hours. That’s all that remains. While Logan McPherson fights to save them, Elle Sterling is forced to make a choice that could change everything.

When torn between right and wrong, tainted love doesn’t have a chance...or does it?  ‪#‎taintedlove ‪#‎weshouldhaveknownbetter 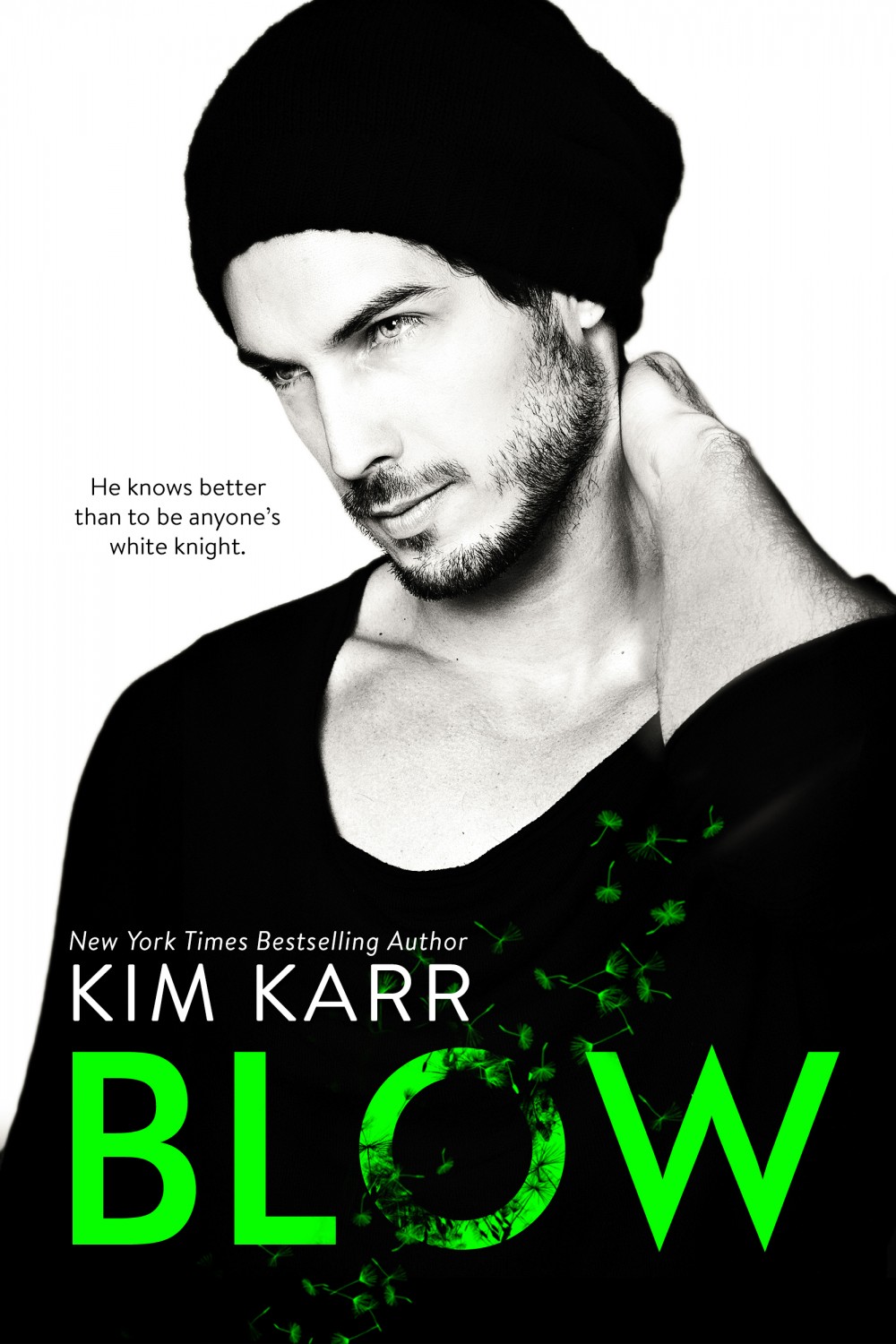 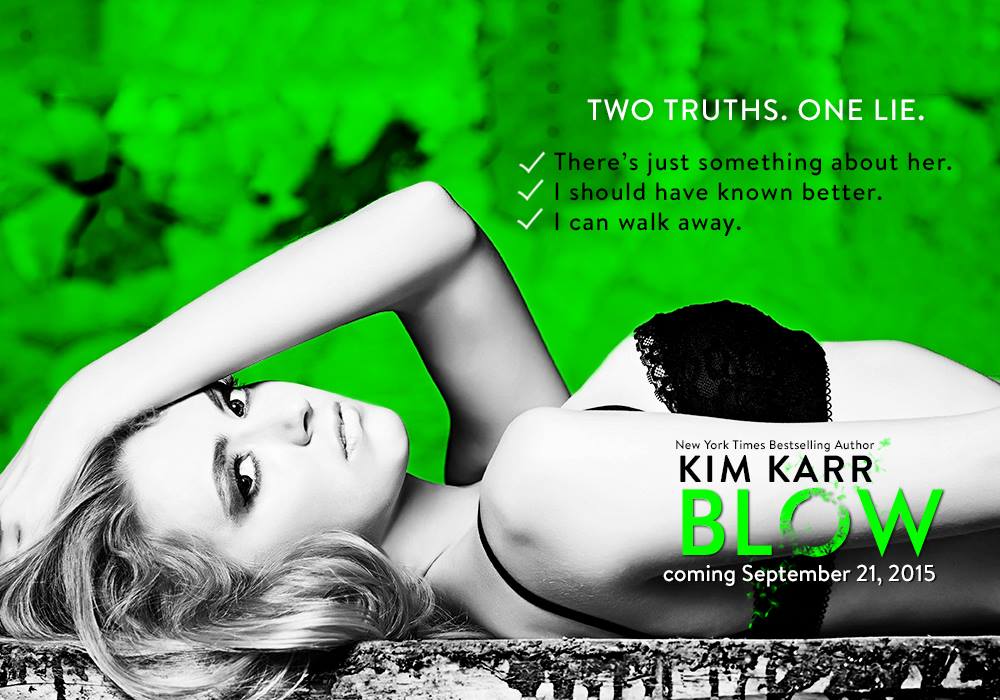 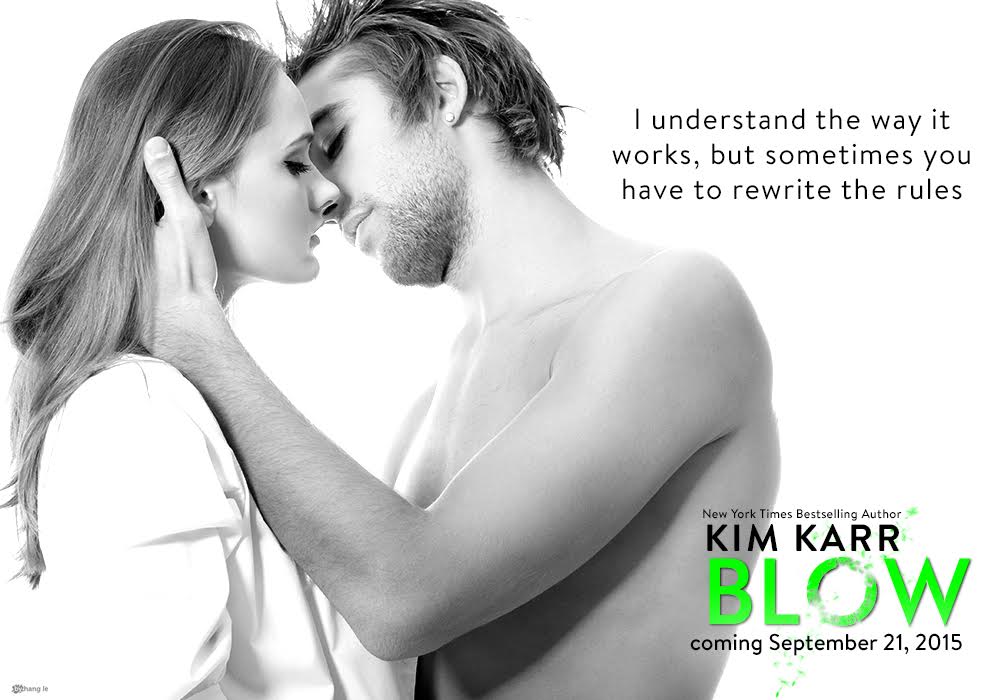 Mile after mile, I ran. Faster, feet pounding against the broken asphalt, breath crystalizing in the air. I’d been fleeing along the edge of the road for what seemed like eternity. Trucks zoomed past me, taillights fading in the distance, and still there were no sirens.

The moon slipped behind a cloud and left me moving blindly. Finally, a whistle filled the darkness. It was what I’d been waiting for.

Let’s see how bad they want this.

I spun in the opposite direction and spotted the familiar red and blue lights. With a quick jump, I vaulted over the damaged guardrail and found myself tumbling down a steep ravine.

Landing on my stomach, blood dripped from my nose, and the taste of rust flooded my mouth. I didn’t take the time to wipe it away. I had to keep moving. I’d started this game and I was going to finish it.

Quickly, I leapt to my feet and began to run again. When a sharp burning and throbbing pulsated in my right ankle, I knew my speed would be impaired. I must have twisted it in the fall. With everything I had, I tried to ignore the pain.

Adrenaline pumped through my bloodstream, making my heart race and giving me the strength I needed. I was no longer on the pavement and my terrain was harder to navigate. Trees, broken branches, and the sickening smell of the stagnant river surrounded me. I pushed onward.

It could have been worse—at least there wasn’t any ice.

Still, it was fucking freezing out here. Snow fell around me. Chilled to the bone, I tugged my hat farther down over my ears.

I didn’t stop, though—I had to keep going.

When my eyes were streaming from the cold and my leg muscles began to seize up, I knew my body needed a break. I’d find cover and play the wait-and-see game.

The dilapidated abandoned warehouse a few yards away seemed like my best choice. The hinges were rusted and appeared broken, but when I yanked on the door, it wouldn’t open.

With a sigh, I stomped my salt-stained shoes in the slush I was standing in and looked around.

My lungs burned as I bent over with my hands on my thighs in an attempt to catch my breath.

Poised to move in any direction, I thought about my decision to bait them.

I couldn’t believe the game of cat and mouse I had entered into—with the Boston Police Department nonetheless.

But I’d had enough. They’d been following me around for almost a week. Their more-than-obvious tail was bordering on harassment. Pushed to the limit, today I’d decided it was time to find out what it was all about. I was going to force their move. I left my vehicle and took off. They were tracking me, but what they were waiting for to approach me, I had no idea. At this point I had two choices—approach them or keep going. Since I didn’t want to make it easy, I kept running.

Time seemed to be at a standstill as I looked around again. I knew they were close. Yet, as I searched my surroundings, there were no signs of life; everything around me was dark except for the golden glow from the cables of the Zakim Bridge.

I couldn’t believe I’d ended up on the West End. That was more than a slight hike from the tip of the South End, where I’d started all this.

What time was it anyway?

Before I could look at my watch—the one my grandfather had given me, the one worth more than most of the houses in the surrounding area, the pretentious Patek Philippe with an authentic enamel dial and custom-made rubber watchband, the one almost a match for his own—a yellow beam of light shined down on me.

I guess the BPD finally decided to make their move.

A heavily Boston-accented voice carried through the wind. “Put your hands in the air where we can see them.”

“Fuck me. Really? You’re going to arrest me? For what?” My gaze scoured the area until they came into sight.

There were three of them and one of me. I didn’t plan to keep running. I didn’t need to, but even if I wanted to, there was nowhere to go. The riverbank was on one side and they were on the other. The trio moved closer and drew their weapons. I responded with equanimity and raised my palms. Still, not a single one of them lowered a gun. Step by step, they moved toward me. When they were about five feet away, I decided to help them out and face them, but before I could, the tallest figure lunged for me.

He pinned me to the wall. “I just wanted to talk. I wasn’t going to arrest you until you assaulted me. But thanks for giving me a reason.”

“I was putting my hands behind my back, asshole,” I grunted.

Nostrils flaring, the fatter one grabbed me by my collar and yanked me to him. “Stop resisting.”

A quick punch to the gut and a kick to my leg had me belly down in a matter of seconds.

Most men would have been scared shitless, but not me. I grew up living in two very different worlds, the only similarity being power and greed. To look at me, you wouldn’t believe I was capable of doing the things I had done. Born with a silver spoon in my mouth, I was the grandson of one of the wealthiest men in New York City.

It wasn’t my trust fund background that anyone had to worry about, though. I was also the grandson of the former head of Boston’s Blue Hill Gang—a piece of me I had tried to renounce. That I wanted to escape. But my family ties kept me bound. The Irish Mob might have changed since my father’s father ran things, but there were some things that never changed.

I’d been raised in both worlds and these cops knew it. They were counting on the Blue Hill Gang part of me to greet them.

Well fuck them very much—but that’s not what they were going to get. 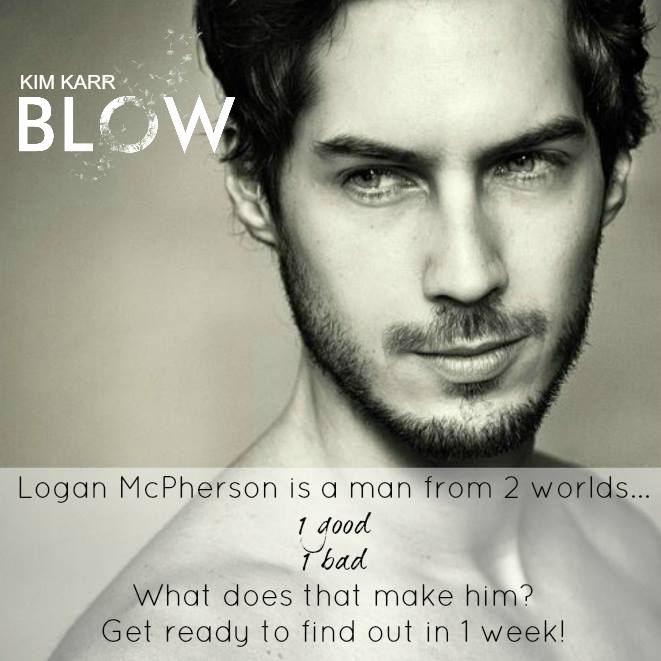 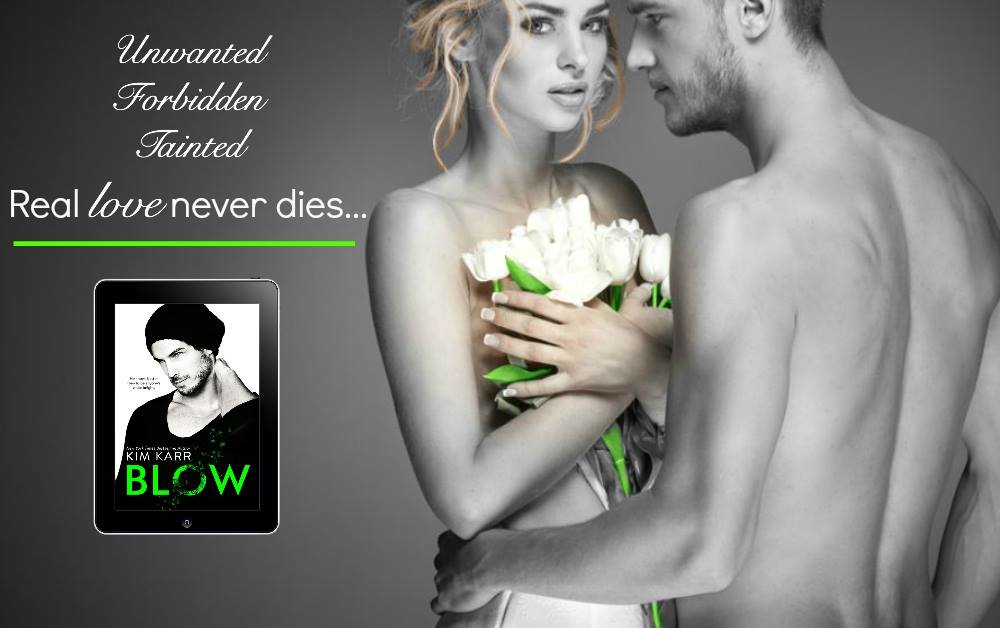 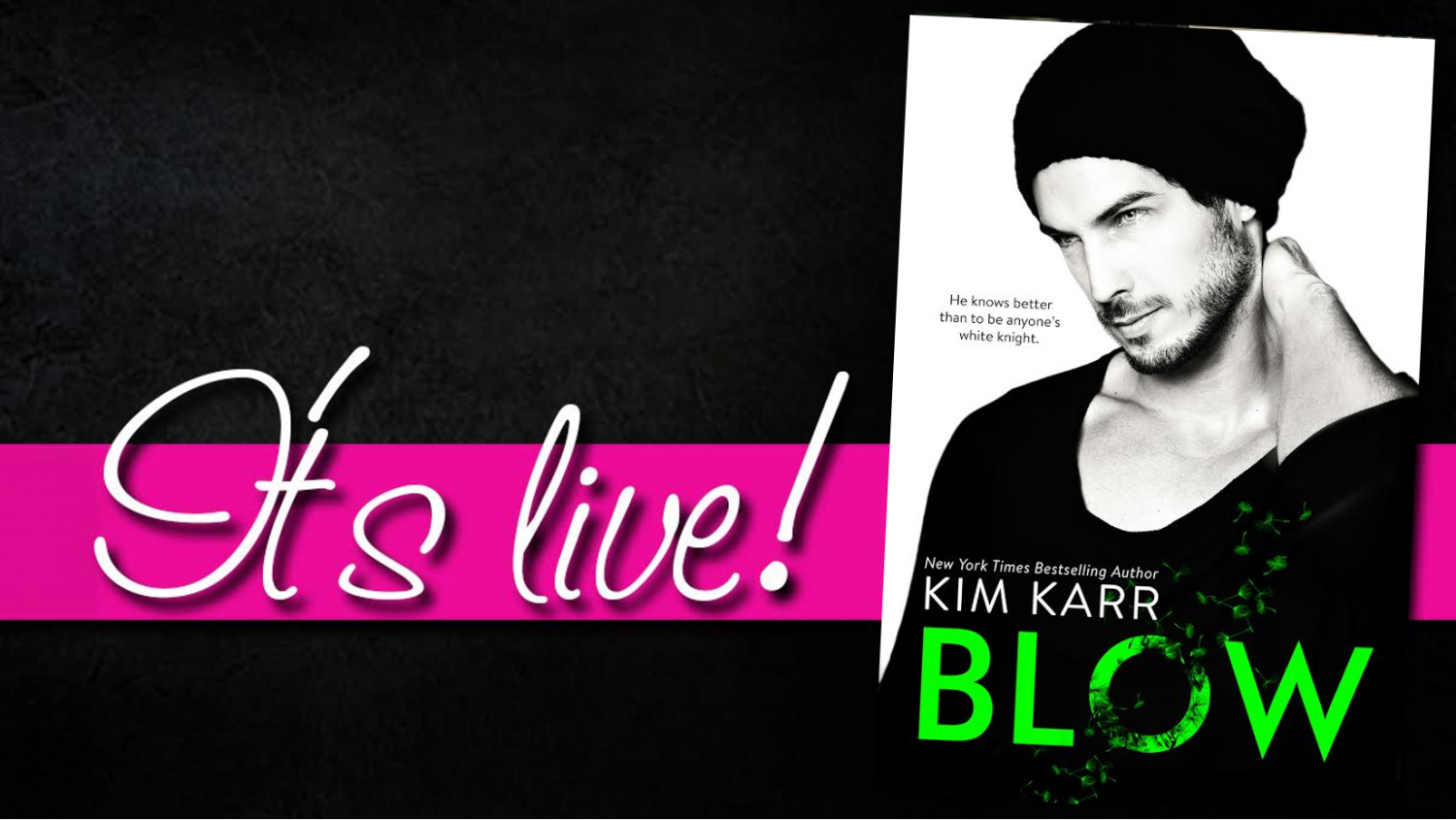