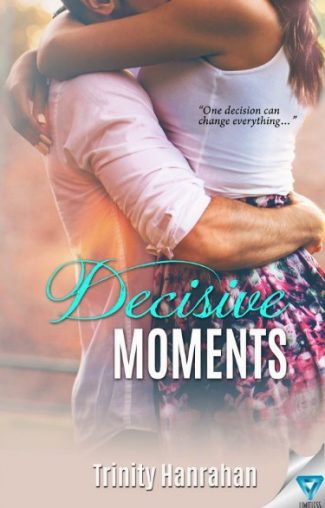 High School is over. Aislinn Munroe is ready to face the challenge of college and her new relationship...

Aislinn has overcome her high school insecurities and embraced her relationship with reformed bad boy, Teagan Aldridge. Her life as a college student at the University of Florida is filled with new experiences and people, including the shining football star, Ryan Caldwell. Aislinn isn’t interested in Ryan’s attention or charm. She only wants to figure out what’s next for her and Teagan.

Aislinn wants to take the next step in their relationship, but Teagan isn’t ready...

Old insecurities sneak back in as Aislinn worries that their physical relationship has stalled. Teagan convinces Aislinn he just wants to wait for the right time, but his sweet gesture falls short when his ex-girlfriend Lauren shows up. Teagan’s past has finally caught up with him, and now they all have to face it.

Every choice has a consequence, and Aislinn must make a decision...

Teagan tries to take responsibility for his past, but Lauren only wants to monopolize his time and push Aislinn out of the picture. Aislinn has to choose. Trust Teagan and stand by her boyfriend, or let Lauren succeed in ripping them apart? College wasn’t supposed to be this hard.

Some decisions have far-reaching effects, and this one could cost Aislinn her heart. It’s time to make up her mind and face her... 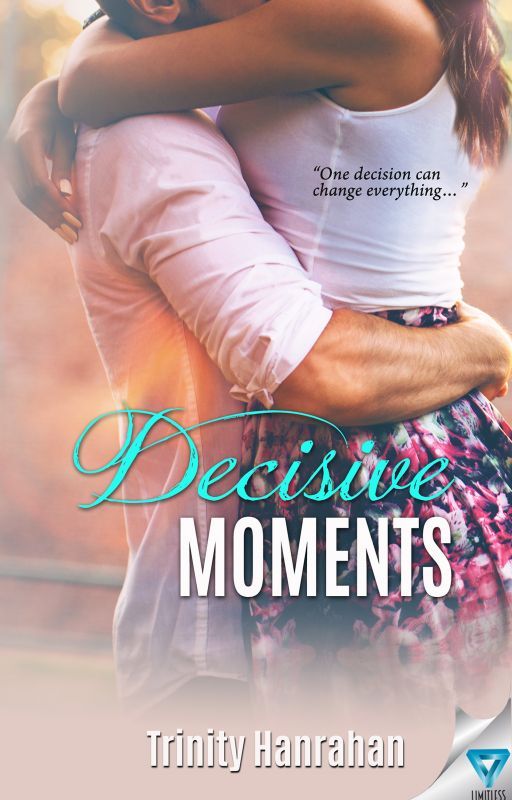 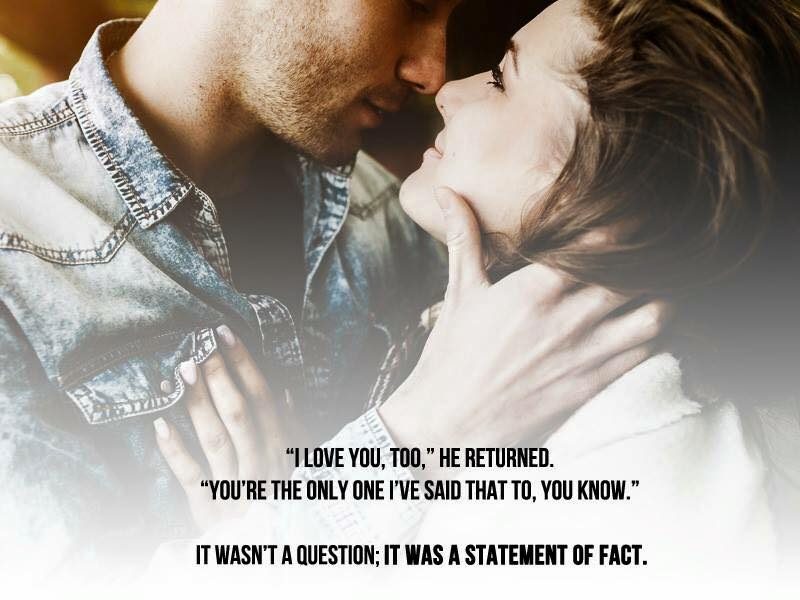 I’d just closed the door to the dishwasher and was still bent over when I felt a warm, hard body press against my backside. I stood up as strong arms slipped around my waist and pulled me tight back against a well-muscled chest and stomach. My belly started doing little flip-flops as the man behind me nudged my hair out of his way and buried his face in my neck. I closed my eyes, leaning into him and enjoying the close quiet this moment held.

“I love you,” he murmured into my neck.

I smiled at the words. I never got tired of hearing him say it. I turned around and looped my arms around his neck, answering his smile with my own. My fingers played with the hair at the nape of his neck, running casually through the short, silken strands. His eyes began to darken to the color of stormy skies and a shiver worked through me.

When his eyes changed like that, it always meant things were about to get interesting.

I bit my lip to hold back a gasp when the hands he’d clasped at the small of my back loosened and slid down until they rested at the top of the swell of my backside. We hadn’t spent much time alone over the summer, so the whole intimate making out thing was something I was still learning along the way. But the feelings he could evoke with a touch even this simple made me wonder what more would feel like. I shivered again at that thought, and I bit my lip harder to keep quiet.

“Christ, Aislinn,” he groaned. “I told you not to do that,”he muttered, bringing a hand around and using a thumb to gently pry my lip from between my teeth. I blushed as he watched his thumb stroke my abused flesh before he licked his lips, and suddenly his lips were molded to mine.

Any ability to think flew out the window. The firm smoothness of his mouth on mine and his arms pulling me tight against his hard body rendered me less intelligent than primordial ooze. I felt something against the small of my back and realized he’d backed me up to the counter. He broke away for a moment, my breath catching when he lifted me up to sit on the edge, stepping close between my legs and crashing his mouth back onto mine.

The kiss was hot and wet. Our breaths came out in loud pants when we separated long enough to suck in a lungful of air. My legs were as tight around his lean waist and I could manage, arms and hands clutching his hair and shoulders with frantic need. His grip on me was just as desperate. 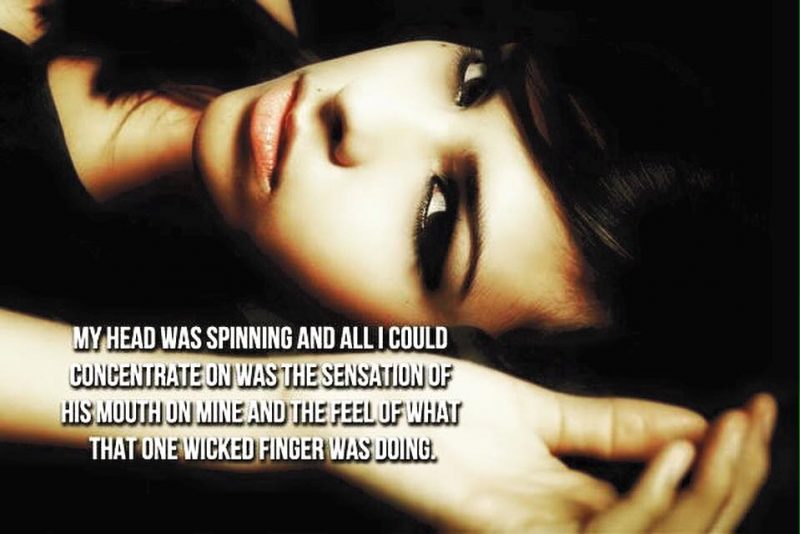 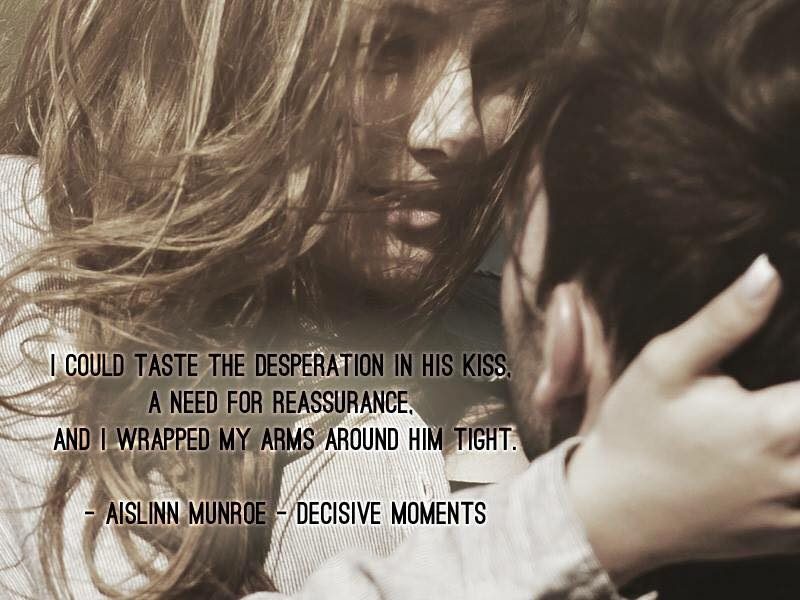 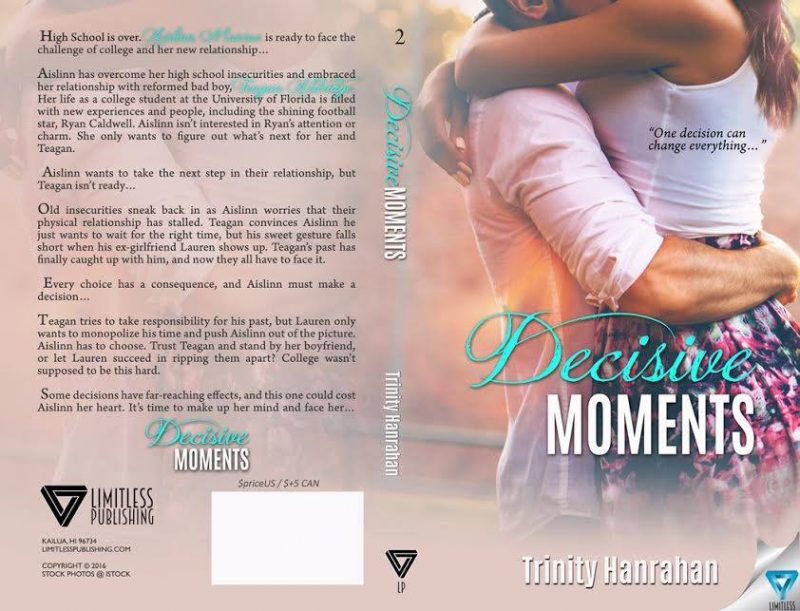 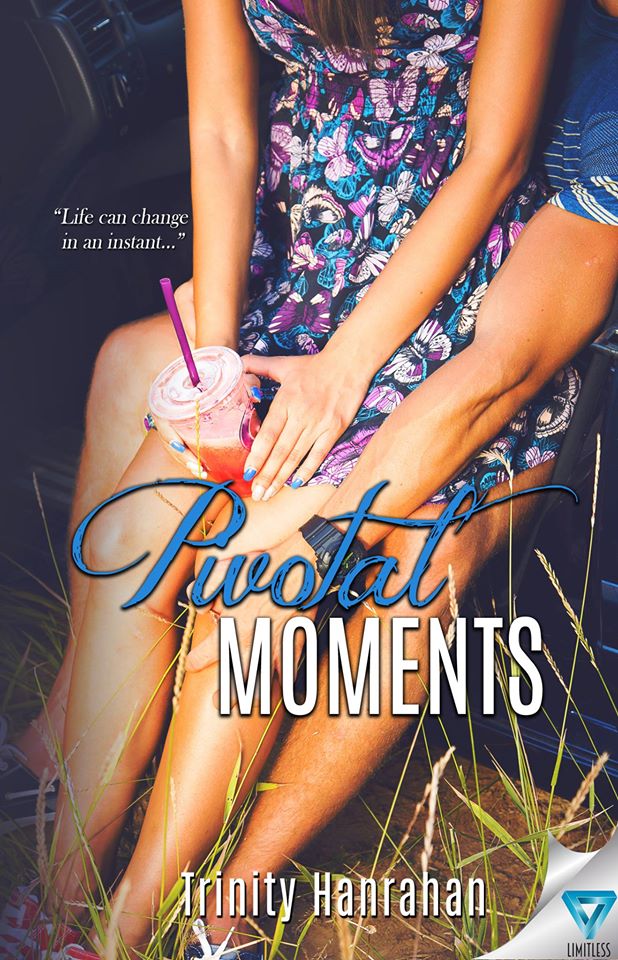 Aislinn is doing the normal post-high school preparations to get into college. She’s getting ready for a life beyond senior year, and wonders where she’ll fit in to the world once she’s officially an adult. Though her curves are to kill for, she’s also smart and funny. However, she isn’t at all popular, which is just fine with her.

Content with hiding from the limelight, Aislinn doesn’t get bullied like so many other shy kids do—that is, as long as she keeps to herself. But is she really living the life she’s meant to? Or are there unforeseen adventures waiting to shake up her life in the near future?

When her brother comes home from college, he brings an unexpected houseguest…

Teagan Aldridge is a reformed party animal, ladies’ man, and bad boy. He’s the last person Aislinn thought would ever show her attention. But when Aislinn and Teagan become unlikely friends, he brings out a side of herself she never knew existed. She already knows she’s special, but sexy and adventurous? That’s a first.

Are their personalities too far apart, or will opposites attract, making them an unusual, but influential pair? When their vast differences collide, Aislinn is led to some unexpected…

Trinity lives with her husband and four children in Virginia. She grew up overseas in Turkey and Japan, where her love of reading developed due to a lack of English-speaking television. As her need for written works grew, so did her desire to create worlds for others to enjoy. By the time she was in middle school she had started writing short stories. She endeavors to break the mold where modern stereo-types are concerned and create engaging characters.

When she’s not writing or working, Trinity still enjoys settling down to read a book or doing graphic art in her spare time.