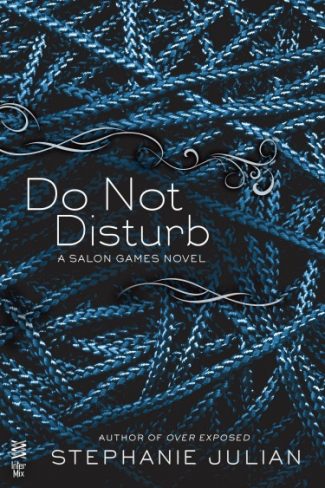 A seductive affair is twisted by secrets in the latest Salon Games novel from the author of Over Exposed.

To the outside world, Dane Connelly is the playboy heir of a media mogul, his life a series of one-night stands with no commitments. Only in the Salon does he satisfy his darker urges with willing partners. Life was perfect…until his best friend fell in love. Now Dane knows exactly what he’s been missing—and exactly who he wants.

Talia Driscoll enjoys creating perfection. She loves bright, glittery parties and fairy tale weddings. But she knows the illusion is short-lived. Nothing lasts forever and everyone lies to get what they want. After all, she lies about her true identity every day. 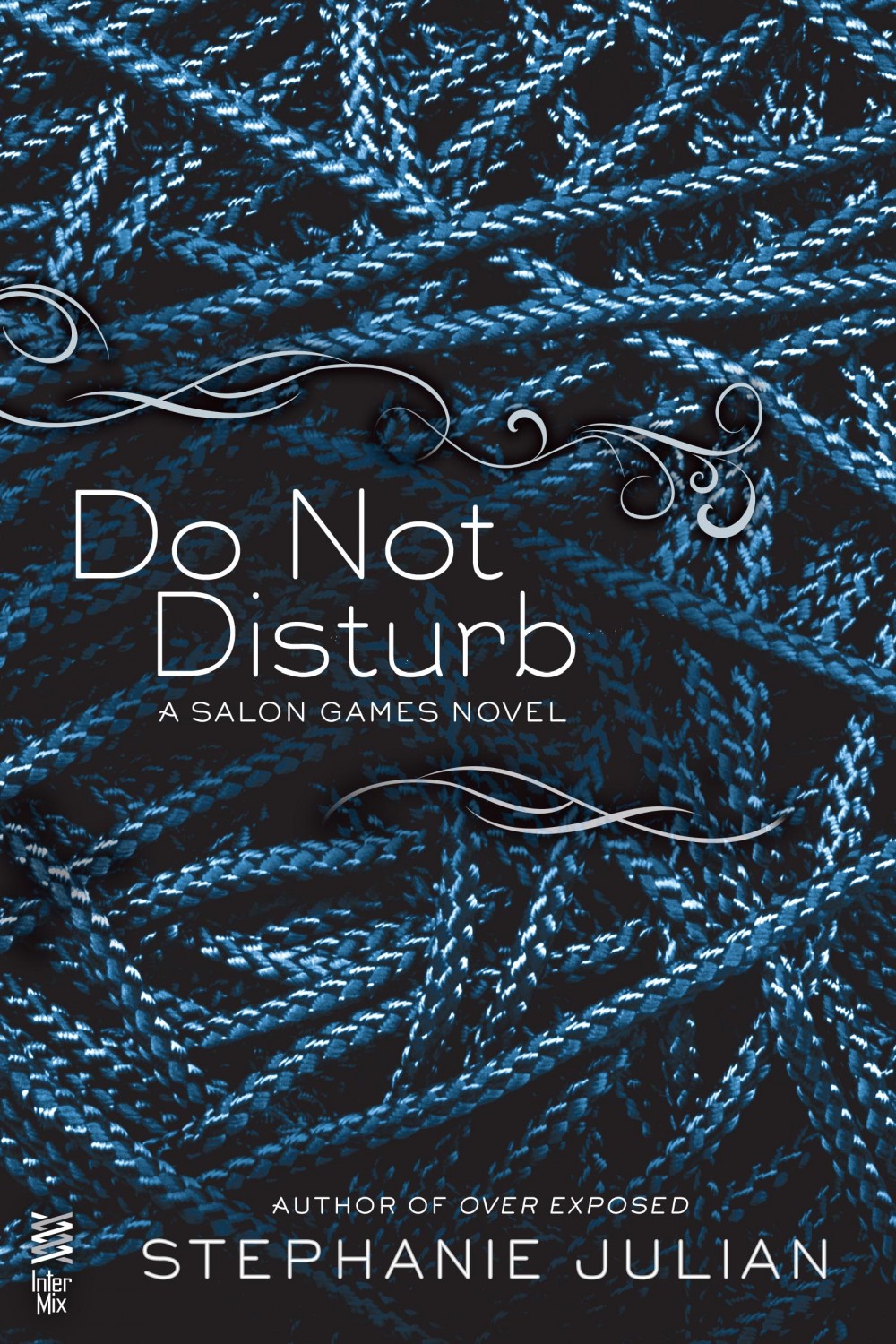 “But first, I want you to take off the rest of your clothes for me.”

If any other man had said that same thing with that same tone of command in his voice, Talia would’ve been thrown out of the mood.

She had no desire to think about why she wasn’t now. She only wanted to give him what he wanted so he’d continue to please her.

But she had enough self-preservation remaining to respond with “You, too.”

His mouth, which he was using to suck at the juncture of her neck and shoulders, curved into a grin she felt against her skin. Then he tweaked her nipples, hard enough to make her gasp.

God, this man had the power to bring her to her knees. And that was dangerous.

She didn’t get her wish immediately, however. He bent to put his mouth on the swell of her breasts, kissing one and biting the other. When he released her, her knees actually felt weak.

Her hands fell to the button on her jeans but she stilled as he whipped his belt out of the loops and tossed it toward the sofa. Then he reached for his button.

And left her hanging.

She glanced up and found him staring down at her.

He was playing with her. When was the last time she’d had playful sex?

She couldn’t remember. Maybe not ever.

Without looking away, she popped the button on her jeans and lowered her zipper. Then cocked an eyebrow at him.

In her peripheral vision, she saw him do the same. She wanted to look but he held her gaze steady. Until he shoved his jeans down, taking his boxers with them, and she couldn’t resist. She had to look.

And, oh, wow, she was glad she hadn’t resisted.

“Not fair,” he murmured.

Well, he’d gotten that right. It definitely wasn’t fair to cover his body. Guys sometimes looked funny standing there naked, their erect cocks standing out from their body like a piece of a puzzle that didn’t quite fit.

Not Dane. Holy mother of— 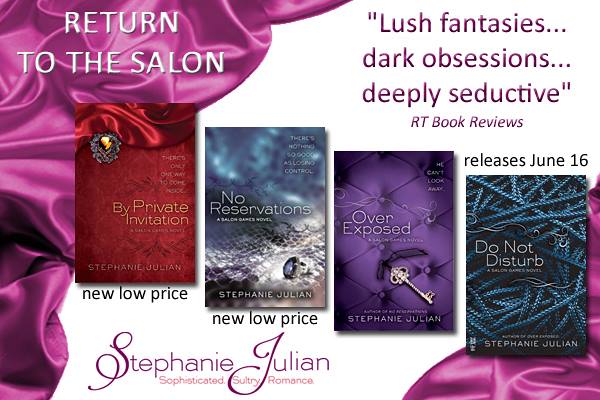 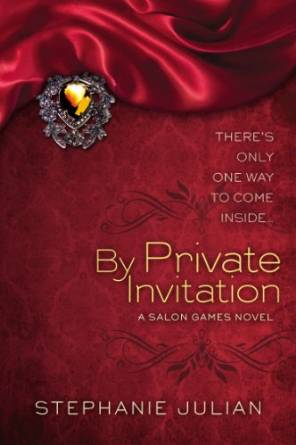 Some invitations don’t need to be sent…only accepted.

Handsome, rich, and charming as hell, Jared Golden brought his Midas touch to Haven Hotel—and created an anything-goes pleasure palace on one floor to cater to his special friends and their very special desires. After falling in lust with Annabelle at first sight, seducing her was easier than he expected. What he didn’t expect was to be seduced in turn…

But unrestrained passion in the bedroom is not the only spark between Annabelle and Jared. Their mutual attraction is confounded by their separate pasts. Caught in an ever-growing web of painful secrets and sensual fantasy, will they be able to face the truth about themselves and trust in true love? 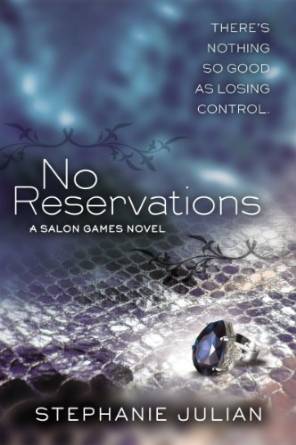 Play by the rules and you’ll never get what you deserve.

Tyler Golden is all about control. It’s an attitude that helped him and his brother build Haven, a boutique hotel in Philadelphia. The only thing Tyler couldn’t control was his fiancée’s death. It left him emotionally guarded, and willing to go only so far with women: satisfying his sexual needs.

Kate Song knows the feeling. Her sole focus is her dream to be a lingerie designer. She’s not about to be distracted by any man. No matter who he is. Or how demanding. Or forceful. Or captivatingly sexy. Or so she thought.

Tyler has the power to make her dream come true. Who can say no to such a dominating personality? Who would want to? Not Kate. Offering her body for submission is one thing. But giving her heart and soul is another. Now Tyler may discover that the one woman who taught him to love again is the one woman he might not be able to keep. 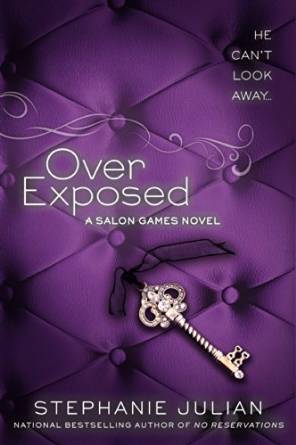 When the cameras are off, the real action begins.

Greg Hicks is a Hollywood power player. For years he’s enjoyed the perks that come with being a top director and producer: the influence, the wealth…the women. But none of his many conquests have ever possessed the incredible sensuality of the young woman he once watched lose all inhibition in front of his camera.

Sabrina Rodriquez’s life is far from a Hollywood dream. Refusing to make the same mistakes as her unlucky-in-love mother, she’s focused on her first real job and avoiding all distractions, especially those of the male variety. Yet a man as compelling as Greg is difficult to ignore. And the desires he awakens are even harder to quench.

While a winter storm rages, a night at Haven Retreat leaves Sabrina’s and Greg’s temperatures rising. As Greg introduces Sabrina to the pleasures of voyeurism and exhibition, she unleashes his most decadent passions—and his creativity. But having Sabrina as a muse isn’t enough. He wants her to take a starring role in his bed…and in his heart. 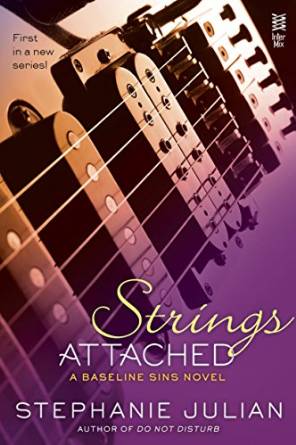 On the surface, Sebastian “Baz” Valenti is a rock god with the lifestyle to match. With  his drop-dead gorgeous looks and his band, Baseline Sins, at the top of the charts, he can have any woman he wants. But the constant touring and recording has taken its toll. Now he’s turned to scoring films, a gig that has introduced him to the one woman he really wants but can’t have…

Trudeau Morrison is all business all the time. As the managing director of ManDown Films, it’s her job to keep Baz focused on business too. It’s not an easy task, considering Baz has made no secret of his desire for her. But Tru doesn’t want to get involved with a rock star, even if he is the hottest man she’s ever met.

One response to “Promo & Giveaway: Do Not Disturb (Salon Games #4) by Stephanie Julian”