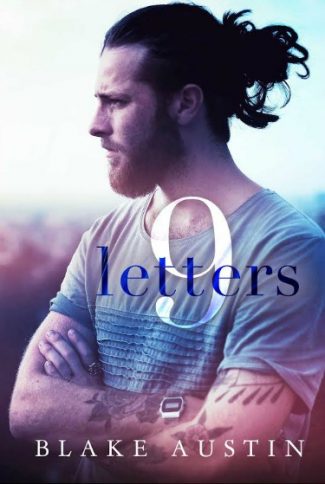 Luke Cawley is a broken man. After his wife's tragic death, he lost everything that mattered in the world. Now, his life is filled with hard days, harder nights, and a steady stream of alcohol and the wrong kind of women. Nothing helps.

Until the letters arrive on Luke's doorstep.

Rae Goode is looking for the real thing. After fighting her way out of a string of bad relationships, she's ready for something different--something true.

She meets Luke while piecing her life together, and right away she can tell that he's different. Drawn together by fate and the desire to heal, Rae and Luke discover new ways to mend their broken hearts--one letter at a time. 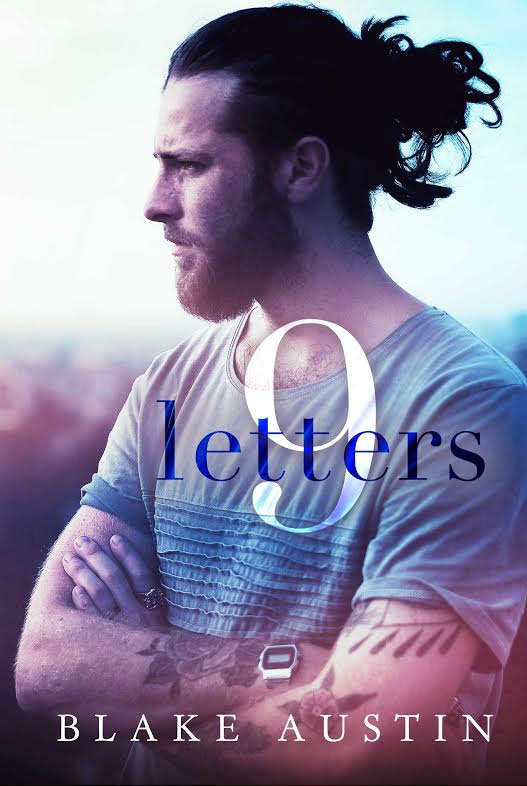 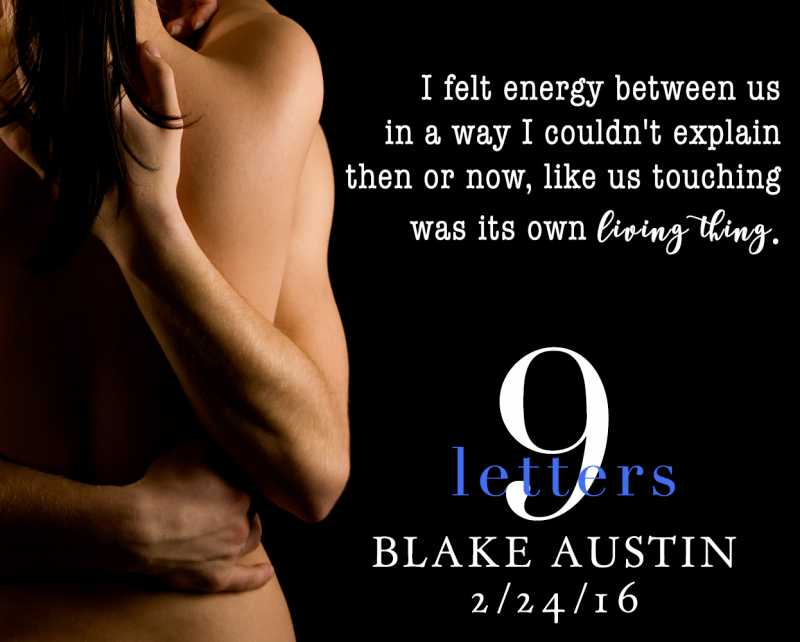 I was about twenty minutes early for my shift, but I got up to the bar, grabbed a rag, started wiping it down, bussing some dishes.

“Damn, Luke,” Jake said, watching me work. “You win the lotto or something? Royals win the pennant last night and I forgot to watch?”

I thought about it a moment longer, decided I should tell him more. Impart some wisdom learned from my not-particularly-advanced years.

“When everything’s dark for so damn long and your eyes get used to it,” I said, “just a little glimmer of sunshine lights up the whole world.”

He nodded, then grabbed a bus bin and headed back into the kitchen.

Warren though, Warren wasn’t impressed. He was sitting by one of the daytime barflies, but he’d stopped talking and was just watching me. I was on thin ice, and I knew it. I couldn’t afford to lose my job. A heartbroken, drunk, angry widower is probably as unemployable as the average ex-con.

I came on at the end of the day shift. Warren liked tending bar during the day, because it meant just shooting the shit with the regulars. That day I had a smile for every customer, sparse words of wisdom like day drunks want to hear. Tending bar wasn’t my dream. But to hell with letting that make me lazy. I kept the place clean, I poured drinks like I cared.

I was getting into the swing of it when happy hour kicked in and a few more people filtered through the door. Couple of middle-aged bikers, a retired couple that parked their RV out front.

The door swung open again, letting in a little bit of that early-evening cold, and I glanced up to see a crowd of three women, with two men. One of the women was a reddish blonde, radiant. Sort of stole the light out of the room. It was Rae. Our eyes met and her smile gave the room back its light.

She’d been in jeans at the shelter, but she was in a blue dress now and she looked damn fine in either. Took my mind right off Maggie, faster than I thought it would be possible. I met her eyes, and she gave out a little gasp and giggle. I was probably smiling in surprise myself.

The crowd came over to the bar. I’d thought the other four were two couples, but I realized pretty quick that the black girl with the afro was dating the quiet white guy in a beard and glasses and tattoos, and that the other guy was trying to impress Rae. He had a John Deere hat, but his clothes were way too clean for me to buy it that he worked on a farm. I hated him, right off. I probably would have hated him if he was the best guy in the world, though. The other girl, she was tall, latina, and for some indiscernible reason was interested in the poser farmer.

Warren, he likes to upsell them drinks when he’s doing that. Get them excited about the top shelf. Not me.

John Deere looked at me like I was the scum of the earth. And maybe I was, but if I was the scum then he was… I don’t know, something worse than scum. Wannabe scum.

She introduced me to her friends. Nicole had the afro, her boyfriend was Eric. The girl with bad taste was Irina, and John Deere had some name but honestly it went in one ear and out the other. He was John Deere to me. Yeah, maybe I’m an asshole.

“So, how do you know this guy?” Deere asked, tossing me a look that said I clearly wasn’t good enough to be friend with someone like Rae.

“Oh, he came in just the other day. Adopted the sweetest dog, a bloodhound.” She turned to me, flashing that dimple high on her cheek. “How is he? You guys call a truce yet?”

“King’s great,” I said. “I mean, he’s probably at home right now, eating everything I’ve ever owned, but I figure I was due for a purge anyway, right?”

It was a lame attempt at humor, but Rae laughed.

“What can I get you all? Friend of Rae’s is a friend of mine.” 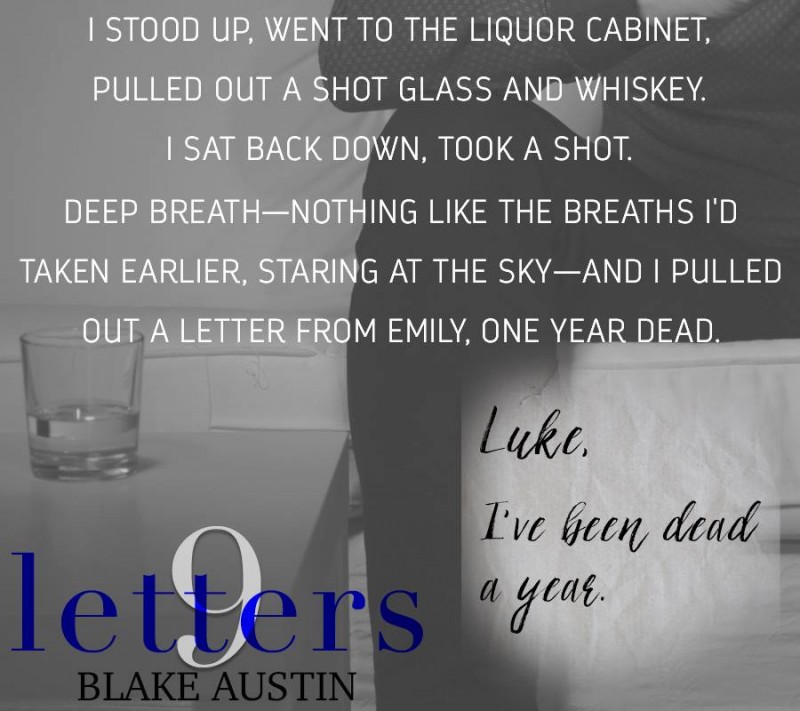 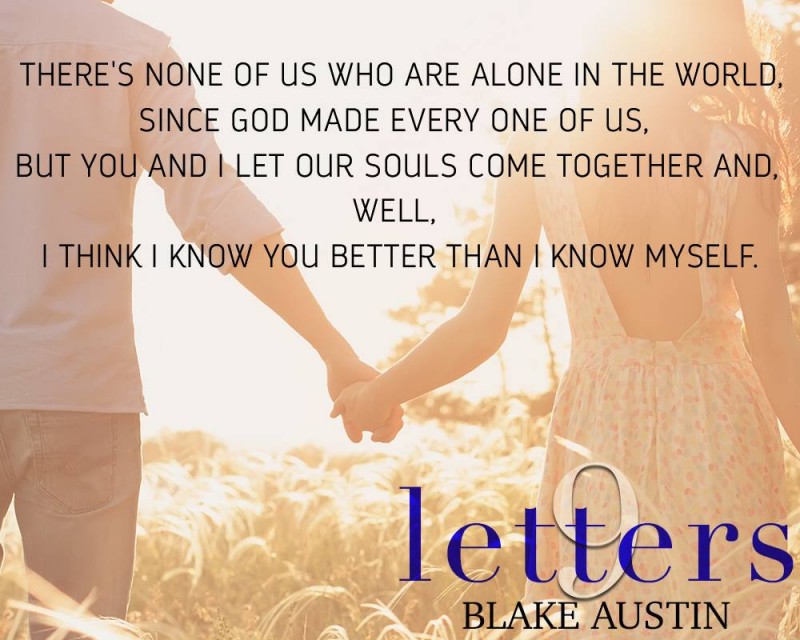