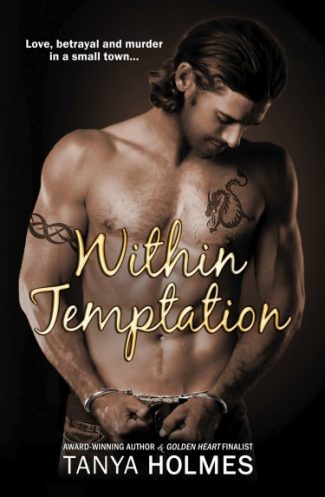 Love, betrayal and murder in a small town.Twelve years after her mother's murder, Shannon Bradford fears she may have helped convict an innocent man. Even worse, her prominent family may have had something to do with it. Desperate for answers, she seeks help from the one person least likely to give it. Her best friend and childhood crush, Trace Dawson. The man she sent to prison. Serving hard time for murder has left Trace angry and bitter. As far as he's concerned, digging into the past won't replace the years he's lost or erase the hell he's lived. Now that he's free, Shannon Bradford tops his list of bad memories. But he never counted on falling in love. Set in a sleepy little town during the dead of winter, this award-winning romance novel is a tale of one woman's quest for truth and a man's struggle to forgive…."MEMORIES flooded my mind, of the quiet riot he was, of the secret crush I’d had on him, and the extraordinary friendship we’d shared so many years ago. As fast as those images came, others replaced them. I was thrust back to the crime scene, back to Mother’s corpse and the shirtless eighteen-year-old roaring obscenities while Sheriff Gray and a deputy dragged him away in handcuffs." --Within Temptation

Trace ripped the front door open, flooding the porch with light. There he stood, an unsettling combination of heaven and hell poured into a tight black T-shirt and jeans that hung below his narrow hips in a way Auntie would’ve deemed vulgar.

We stared at each other for half an eternity as Ray Charles crooned, “You Don’t Know Me” from somewhere in the house.

“Take a wrong turn?” he asked, ice dancing in his eyes.

His jaw worked. “Four days, two hours, and twenty-three minutes of sorry. You get my messages?”

My breath escaped in a misty cloud. “I should’ve called.”

“You think?” He studied me in angry silence for a time. “Lose the hood.”

He was testing me. His ‘you’re ashamed of me’ look was unmistakable. So I did as he asked. I tugged it down. “Satisfied?”

Trace swung the door all the way open and his arm formed an arch. I studied the man-made entrance with caution, then ducked beneath it and went inside.

He kicked the door shut.

Unbuttoning my coat, I watched him lean against a wall, arms folded. It may have been my imagination, but he seemed to study me with the same lethal aloofness of a cat watching an unsuspecting mouse—right before the pounce.

To steady my frayed nerves, I concentrated on the beautiful living room. He was renovating. I smelled paint, and drop cloth draped the floor in the adjacent dining room, which he’d jammed with tools and supplies.

An ornate brass floor lamp stood attached to an extension cord that snaked down the hall to what I assumed was the kitchen. A cute tabletop Christmas tree, complete with tinsel, golden ornaments, and candy canes was propped on a twenty-five-inch TV. The pine floor had been polished to a high gloss. Beige paint with alabaster molding covered the walls. Stylish brass vent and outlet covers complemented the gilded vintage ceiling fan above them.

I gestured. “You’ve been busy.”

“You do good work.” I tore my eyes from his sullen face. “It’s beautiful.”

“But a far cry from the fancy digs you’re used to.”

It wasn’t said maliciously. In fact, there’d been a ring of humility in his tone that had almost bordered on apologetic.

“My tastes are simplistic,” I said. “I fell in love with a dilapidated Queen Anne Victorian, but I didn’t trust my instincts. I hesitated. Now it’s under contract.” I turned to him and sighed. “Speaking of which, I may have a job for you. The couple buying it needs a good carpenter. Can I give them your number?”

He hitched a shoulder. “Uh, yeah. Sure.”

“When do you think you’ll be finished here?”

“In a few months.” He lifted a brow. “Guess I’ll be needing a real estate agent.”

“Look no further.” I tried to smile, but it felt lame. What had happened at the club and my vanishing act screamed in his eyes. “So, do you have a place picked out or….”

“Naw.” He paused, then in a serious tone added, “I’m leaving Temptation the second my parole year is up. Sooner if I can get a transfer.”

My smile froze. He’s leaving? “Ah, th-that’s understandable. What, with everything that’s happened.”

“Exactly. There’s really nothin’ keeping me from going, is there?” He paused for a beat, tilted his head, and cocked a brow. “Cholly’s got his own life. Mama and Daddy are gone. Bev’s married, and if Cole ever gets out, I’ve got to find a way to help him—but not here. Not in this town.”

Fearing, dreading, I hesitated before asking, “Will you at least stay in West Virginia?” I cleared my suddenly dry throat. “Or will you move away?”

“What do you think?” He gave the room a fleeting glance. “Three tenants lived here over the past twelve months. When they heard about what happened, they hauled ass. So selling this shack won’t be easy. Either way, I figure I’ll check out the West Coast. Maybe Washington state.”

It felt like he’d reached across the room and punched me in the stomach. 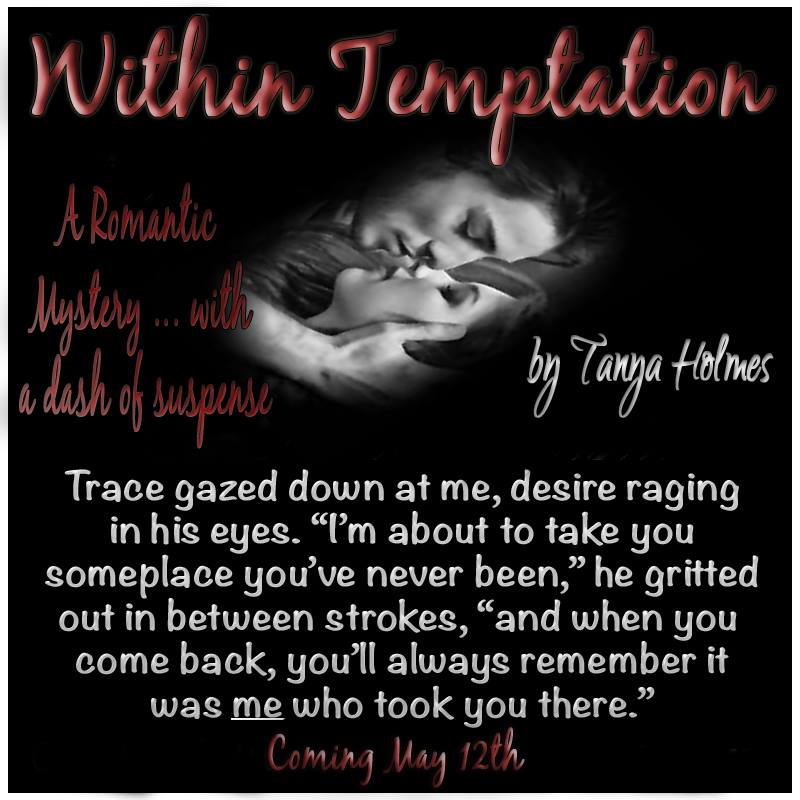 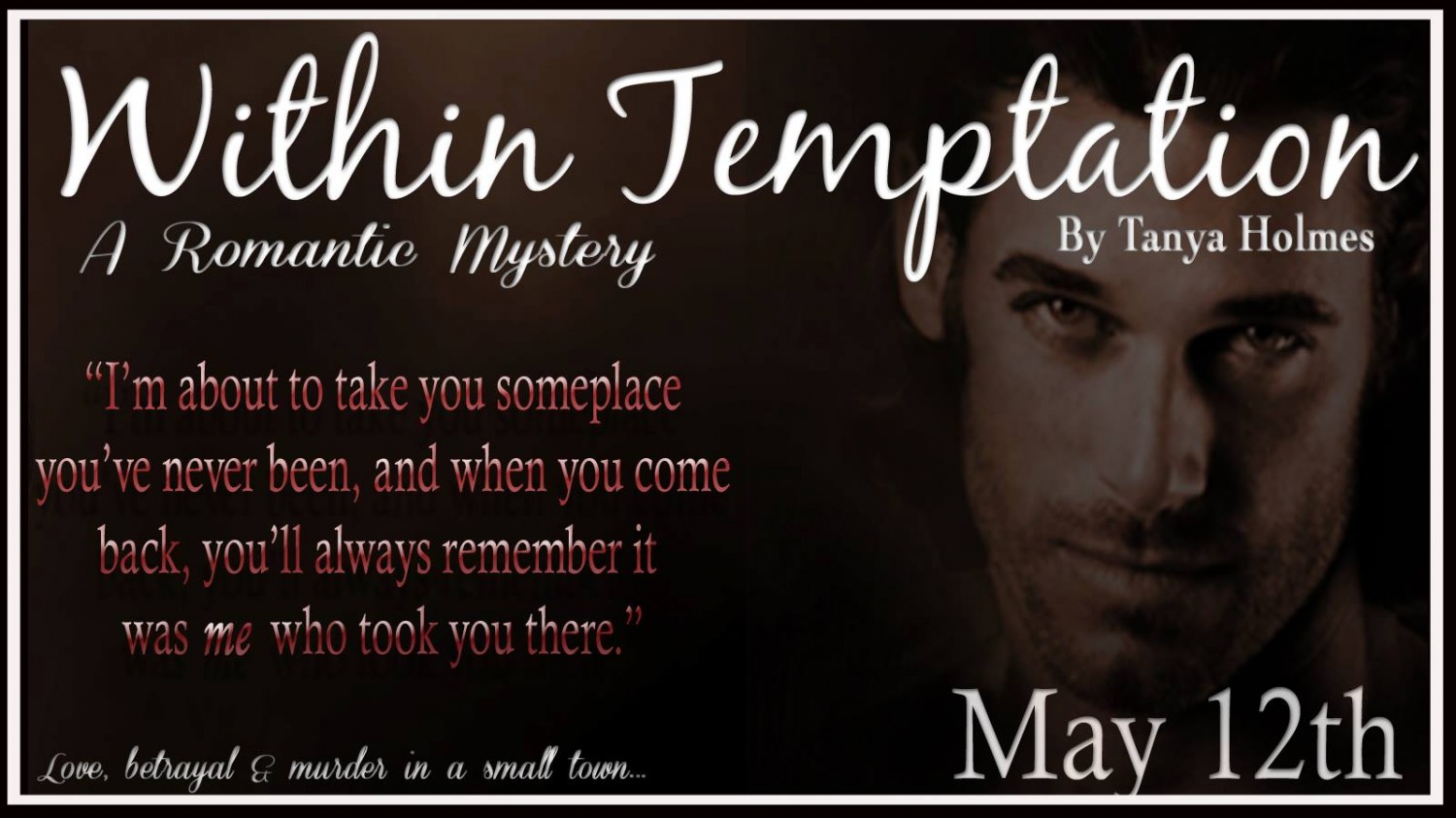 Tanya Holmes is a former Romance Writers of America Golden Heart finalist, a recipient of the Maggie Award, the MICA Award, as well as Overall Winner of the Sandy Haddad Award and a two time finalist and one-time winner of The Emily (Best of the Best). She’s happily married with children and loves reading, writing, and a good cup of coffee—but not necessarily in that order. Her debut novel, WITHIN TEMPTATION will be out on May 12, 2014.