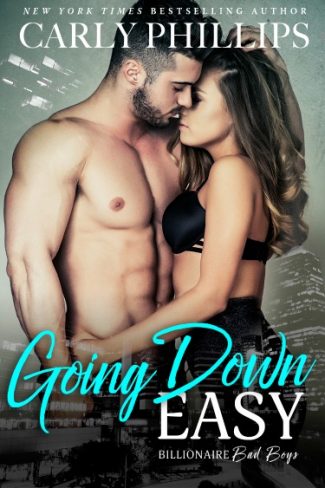 Alpha-licious in the most unexpected ways, Kaden Barnes always gets what he wants.

Enigmatic and exacting, he's unable to keep an assistant for long. Until Lexie Parker arrives. She's no-nonsense, efficient and all business… She’s also hot as sin and soon starring in Kaden's dirtiest fantasies.

When their passion for each other reaches a boiling point, Kaden may think he’s calling the shots, but for this billionaire bad boy, going down easy has never felt so good. 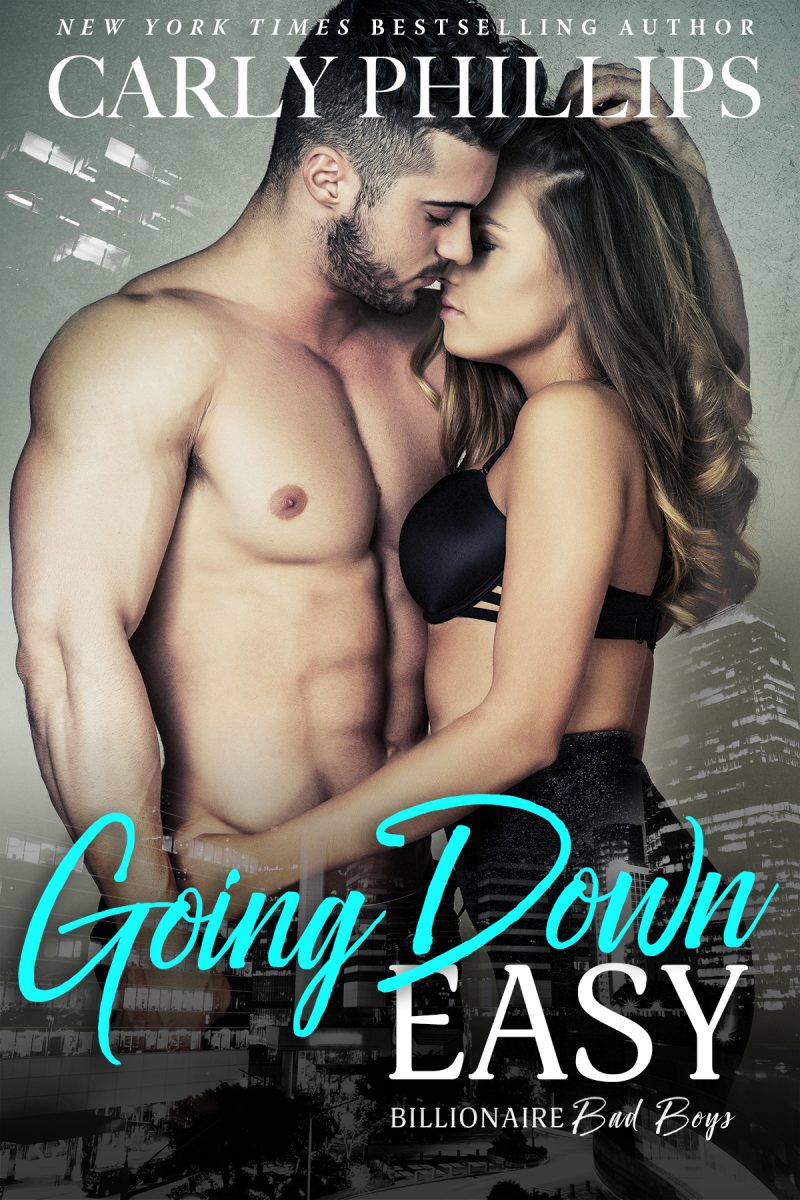 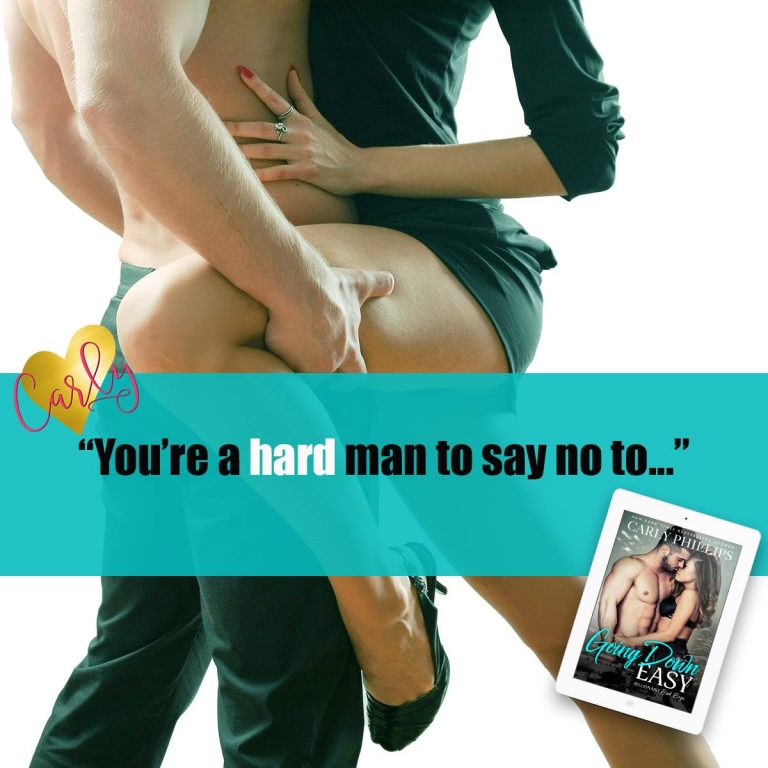 Kade ignored them and strode onto the wooden dance floor, headed straight for Lexie. Just as he reached her, the song changed to one with a faster beat. She squealed in delight, looking up at the ceiling and lifting her arms in the air, swaying to song.

Before her partner could grab her around the waist, Kade stepped between them.

“Kade!” Lexie exclaimed, her eyes lighting up at the sight of him.

Things had been strained between them all week, so between the exuberant greeting and the glassy look in her eyes, Kade figured she’d been drinking. Which gave him a legitimate reason to get her off the dance floor and away from this guy.

“Hey!” Surfer dude folded his arms across his chest, taking a stand. Too bad for him, Kade was bigger, bulkier, and had more invested to back down easily.

Yep, she was drunk, Kade thought, amused despite himself.

Lexie looked up at Kade with big blue eyes. “What are you doing here?” she asked, her hips still moving in time to the music, her generous breasts swaying to the beat.

His cock couldn’t help responding and he grew hard in an instant. “I’m taking you home,” he informed her.

“With me,” Kade said, getting into the guy’s personal space. “And don’t fucking touch me.” He glared at the other man with a look that had most people cowering. One he’d perfected as he’d learned to box and worked out enough to overcome the geekiness of youth. “Now unless you want trouble, as in your teeth all over this floor, walk away now.”

Casey raised both hands in defeat. “Fine. She’s not worth it,” he muttered, before turning and disappearing into the crowd.

Kade wanted to seal his mouth over hers and nibble on those plump lips until she opened for him and he could taste her sweetness.

Before he could do just that, she grabbed him around the waist.

“Dance with me!” She moved to the music, her soft body pressed sweetly against his, her belly flush against his now raging erection.

Kade was many things, but a dancer wasn’t one of them. The crowds were getting to him. The noise was causing a beat throughout his system that was ramping up his nerves. And the lights were causing him to feel out of control. None of which he liked. All of which had caused him problems in the past.

He needed to get the hell off the dance floor and find a quiet corner to calm the fuck down. He needed to be alone with Lexie.

“Come on.” He grabbed her hand and pulled her along with him, off the wooden floor, past Derek and Luke, who’d gotten themselves drinks and had been enjoying the show he put on.

He continued on beyond the crowded bar to a hallway that had a line of people waiting for the restrooms. Shit. A big, red, EXIT sign beckoned at the far end and when he reached it, the door was propped open with a milk crate, letting fresh air into the packed area.

“Where are we going?” she asked, pressing herself up against his back, whether on purpose or because of the many people, he didn’t know or care.

“Outside for air,” he said over his shoulder. Never letting go of her hand, he stepped outside and walked down a small alley until the music faded enough for him to be able to hear again, which in turn, enabled him to start to calm down.

“Oh it feels good out here,” Lexie said. Lifting her long hair up, she leaned forward, letting air blow against her damp neck. “Whew!” She shook out her hair, which had the effect of wriggling her ass.

Kade let out a low groan. The woman was going to be the death of him. He leaned against the brick façade of a building and took in the cool night air. Closing his eyes, he breathed in and out slowly, counting upward by four and down by four, until his heartrate slowed to a comfortable beat.

He opened his eyes to find Lexie staring at him in silence. Her makeup had smudged beneath her eyes and she’d twisted her hair back into some sort of messy knot, but she’d never looked more beautiful.

“Are you okay?” she asked, that perceptiveness he loved about her returning now that they’d had a few minutes of quiet.

She stepped closer. “Why, Kade?”

He figured she was asking why he was here. “Luke and Derek wanted to come out after dinner.”

She shook her head. “No, why not just leave me alone? You could be having drinks with your friends but instead you’re interrupting my night. Why?”

She’d inched into his personal space, was pushing for answers he didn’t want to face, let alone give. 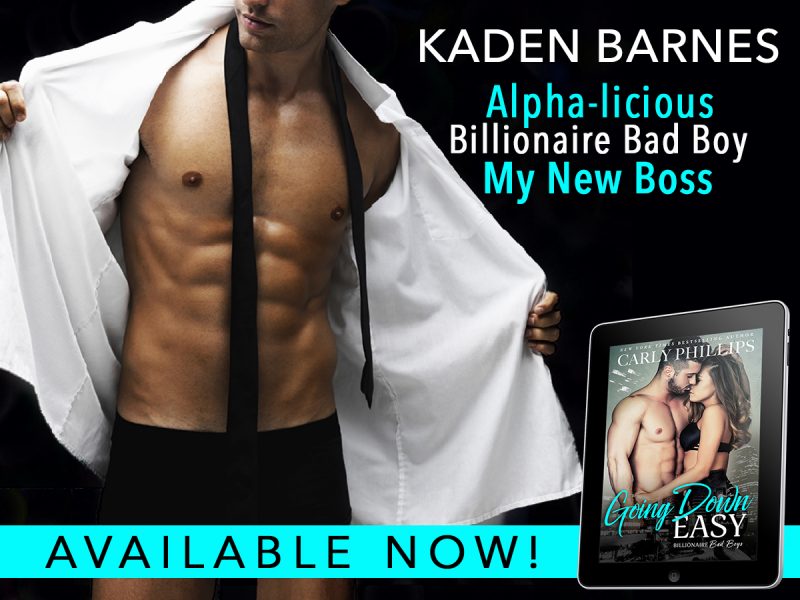 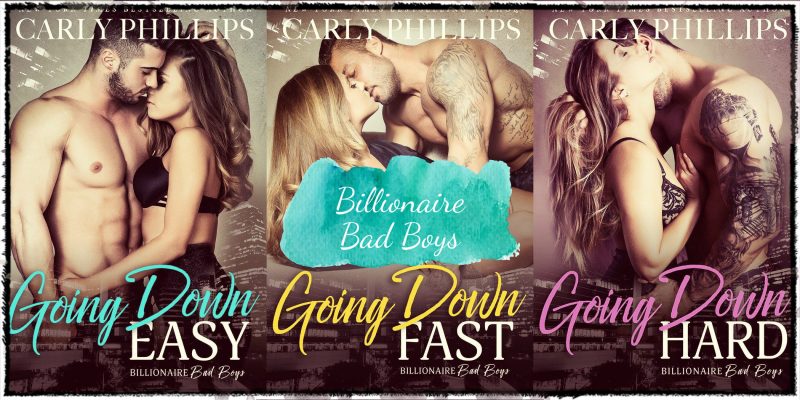 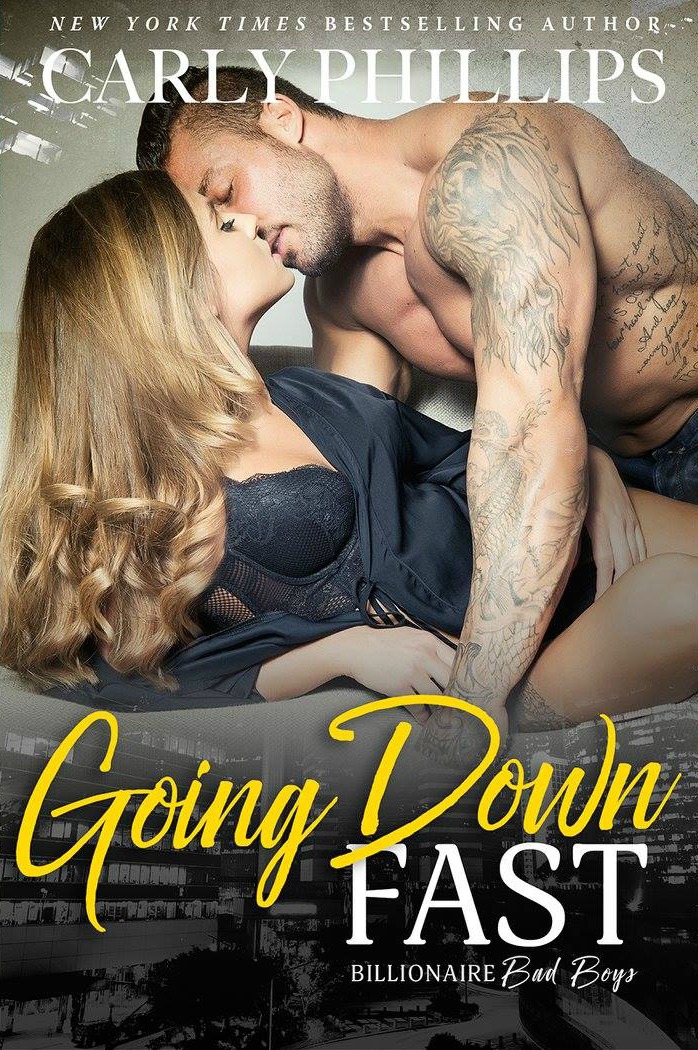 Lucas Monroe dropped out of college only to become a multi-billionaire and tech world God. He can have any woman he desires in his bed, but the only woman he’s ever wanted is off limits and always has been. When Maxie Sullivan finds herself in dire straights, the only man she can turn to is the one she’s always secretly loved: her childhood best friend. 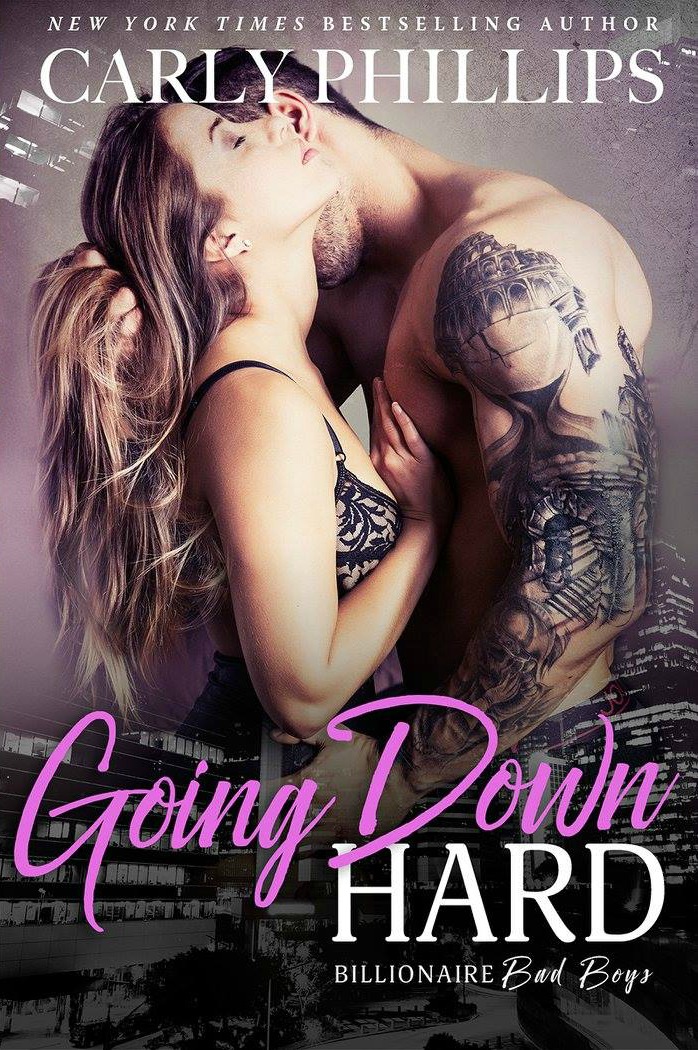 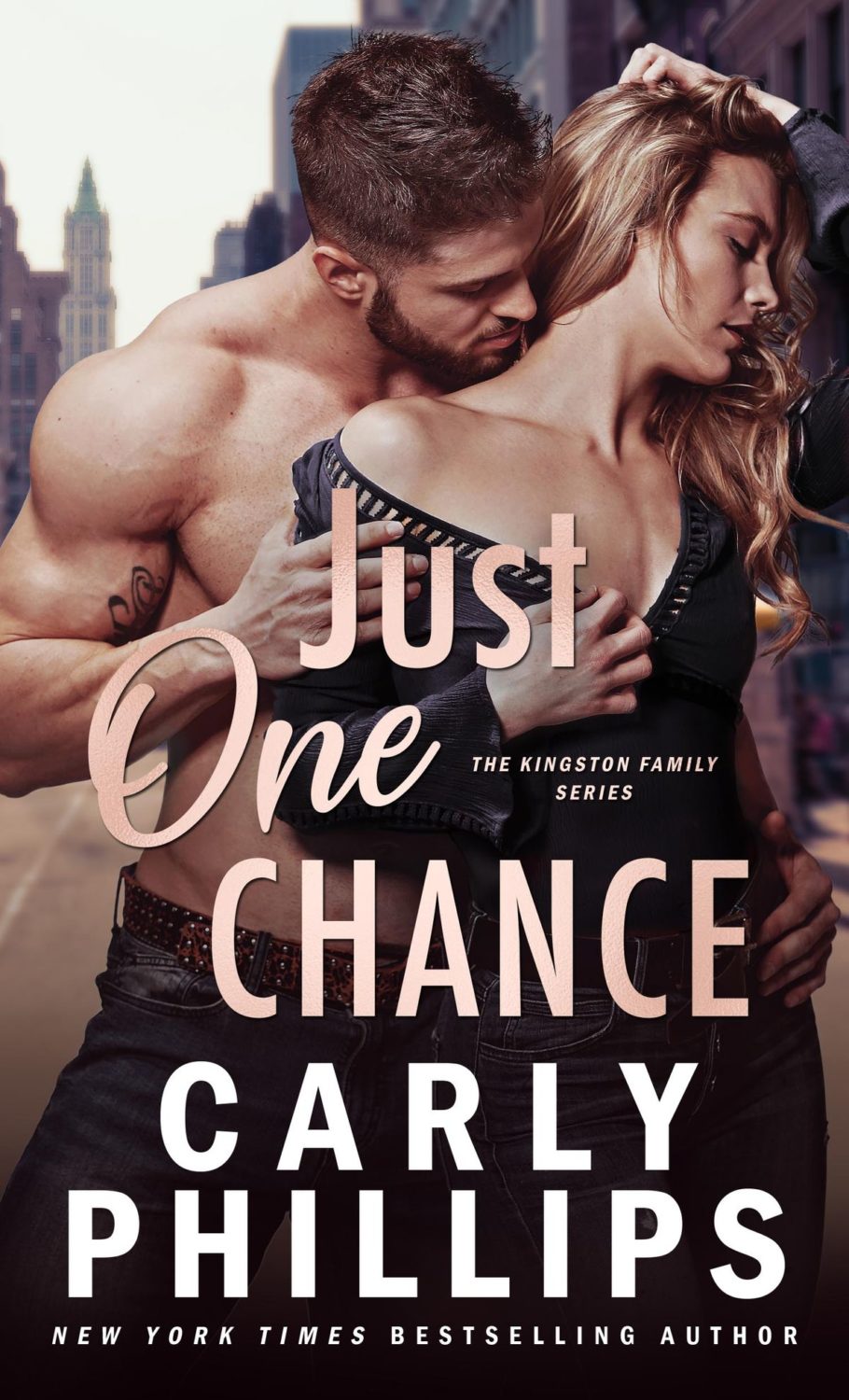