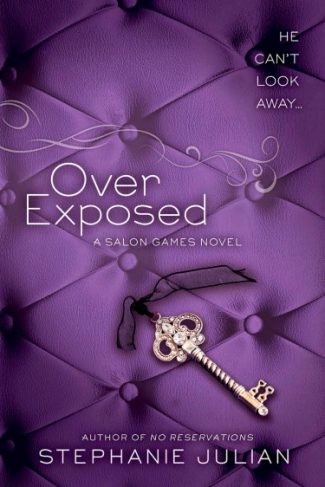 Greg Hicks is a Hollywood power player. For years he’s enjoyed the perks that come with being a top director and producer: the influence, the wealth…the women. But none of his many conquests have ever possessed the incredible sensuality of the young woman he once watched lose all inhibition in front of his camera.Sabrina Rodriquez’s life is far from a Hollywood dream. Refusing to make the same mistakes as her unlucky-in-love mother, she’s focused on her first real job and avoiding all distractions, especially those of the male variety. Yet a man as compelling as Greg is difficult to ignore. And the desires he awakens are even harder to quench.While a winter storm rages, a night at Haven Retreat leaves Sabrina’s and Greg’s temperatures rising. As Greg introduces Sabrina to the pleasures of voyeurism and exhibition, she unleashes his most decadent passions—and his creativity. But having Sabrina as a muse isn’t enough. He wants her to take a starring role in his bed…and in his heart. 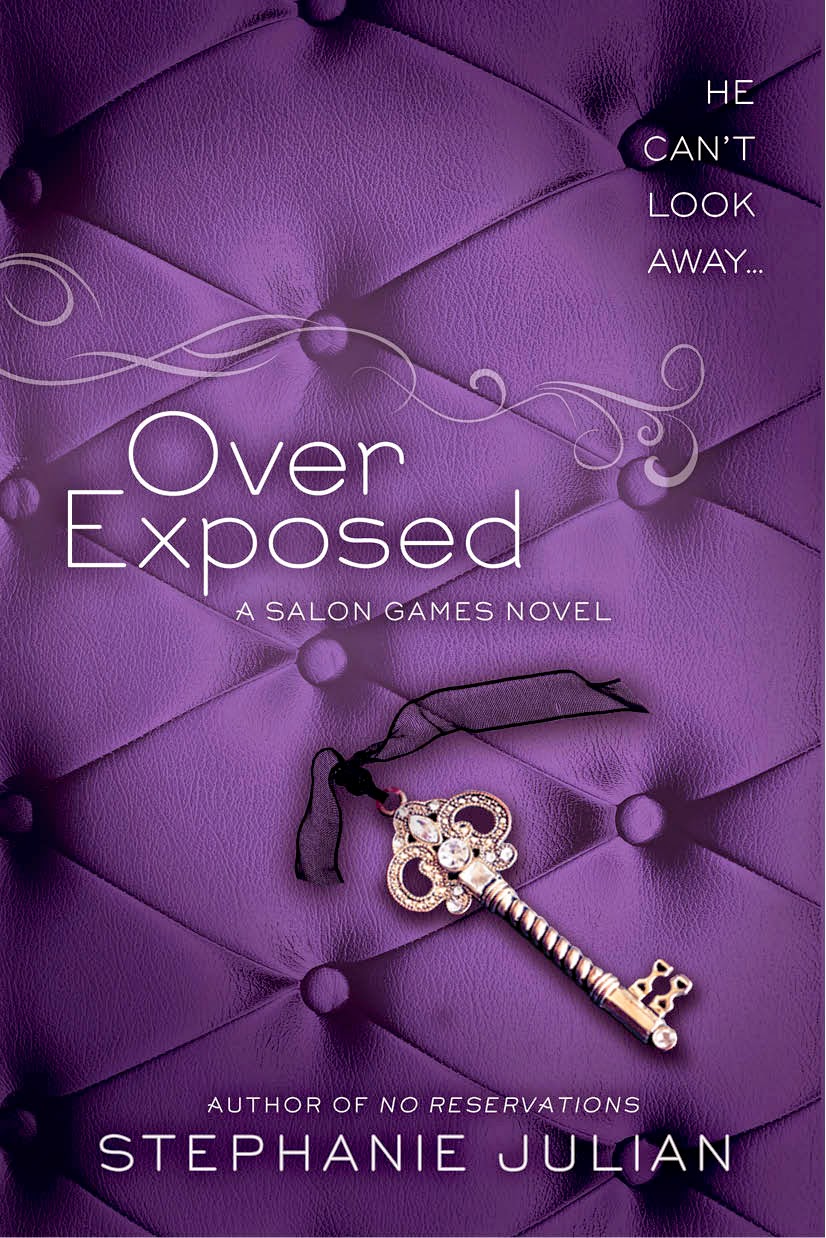 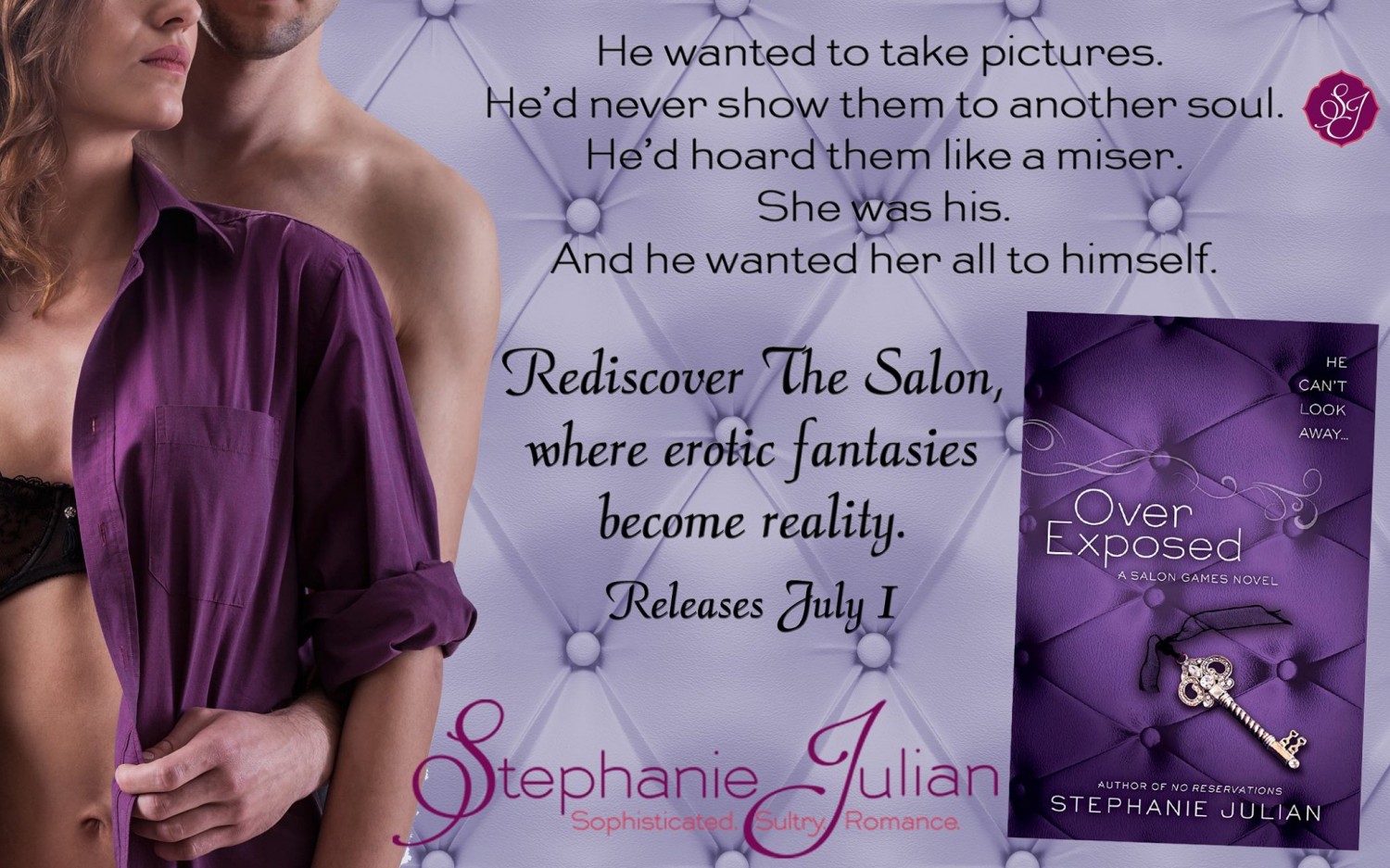 He took two steps to the door and pulled it open. She’d been heading back down the hallway and she turned sharply, looking over her shoulder with wide brown eyes. Dark golden hair fell down her back in waves he wanted to sink his fingers into and rub against his skin. The top of her head barely reached his chin and she had curves to rival his classic ’65 Corvette. In all the right places.

She wasn’t an anorexic stick with no breasts and hip bones sharp enough to take out an eye. The girl had tits and ass and hips and—

Shit, he’d been staring. And if the arch in her eyebrows was any indication, she’d caught him at it.

Another girl might’ve gone in for the kill. Fluttered her lashes, let her eyes narrow to slits as she smiled up at him. Sidle up to him, rub up against him, and offer him . . . whatever he wanted.

Sabrina just continued to stare up at him.

“Wasn’t sleeping. On the phone.”

Now her eyes narrowed and she checked him out from head to toe. And not in a good way.

He hadn’t shaved in a couple of days. He wore a pair of holey jeans that were almost twenty years old. And his Avenged Sevenfold T-shirt had been new when the band first started playing gigs in the late ’90s.

The girl standing in front of him probably hadn’t been born at the time. And that was only a slight exaggeration.

He straightened, realizing he’d been slouched against the doorjamb. “Yeah. Fine.”

Her head tilted and her hair spilled over one shoulder, the ends brushing against the curve of a breast. He’d seen that breast covered in nothing more than satin and lace several months ago. And because he was a total dick, he kept one of those photos locked away on his phone.

Today, she wore a thick, deep-purple sweater that covered her from neck to waist but still couldn’t hide those luscious curves. They were standing close enough that he could have reached out and touched her. Cupped his hand under her breast and felt the weight of it.

“Okay.” She pasted on a smile he recognized as Pleasant Employee No. 1. “I’m Sabrina Rodriquez. I don’t know if you remember me—”

“I remember you, Sabrina.”

Those beautiful eyes widened and her lips parted but no sound emerged.

He wanted to kiss the shock off that mouth, had to hold himself steady before he curved a hand around her neck and brought her flat up against him.

“Oh.” The shock started to wear off as she processed what he’d said. And tried to figure out any hidden meaning behind his words.

A flush crept into her cheeks, making her even more beautiful than she’d been a second ago, and he watched her remember exactly what she’d been wearing at the time.

Yeah, sure, honey. I want you in my bed. How about that? 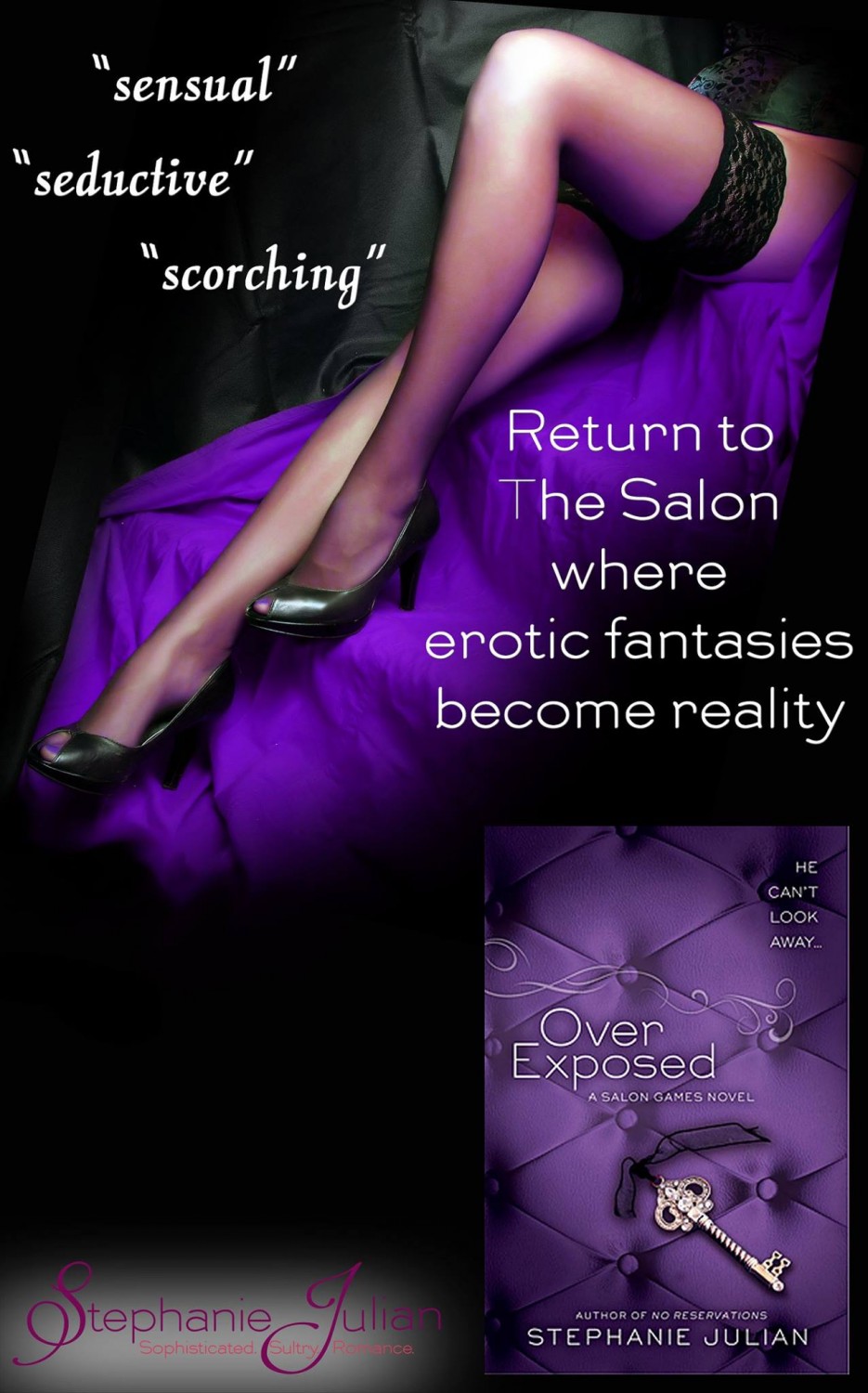 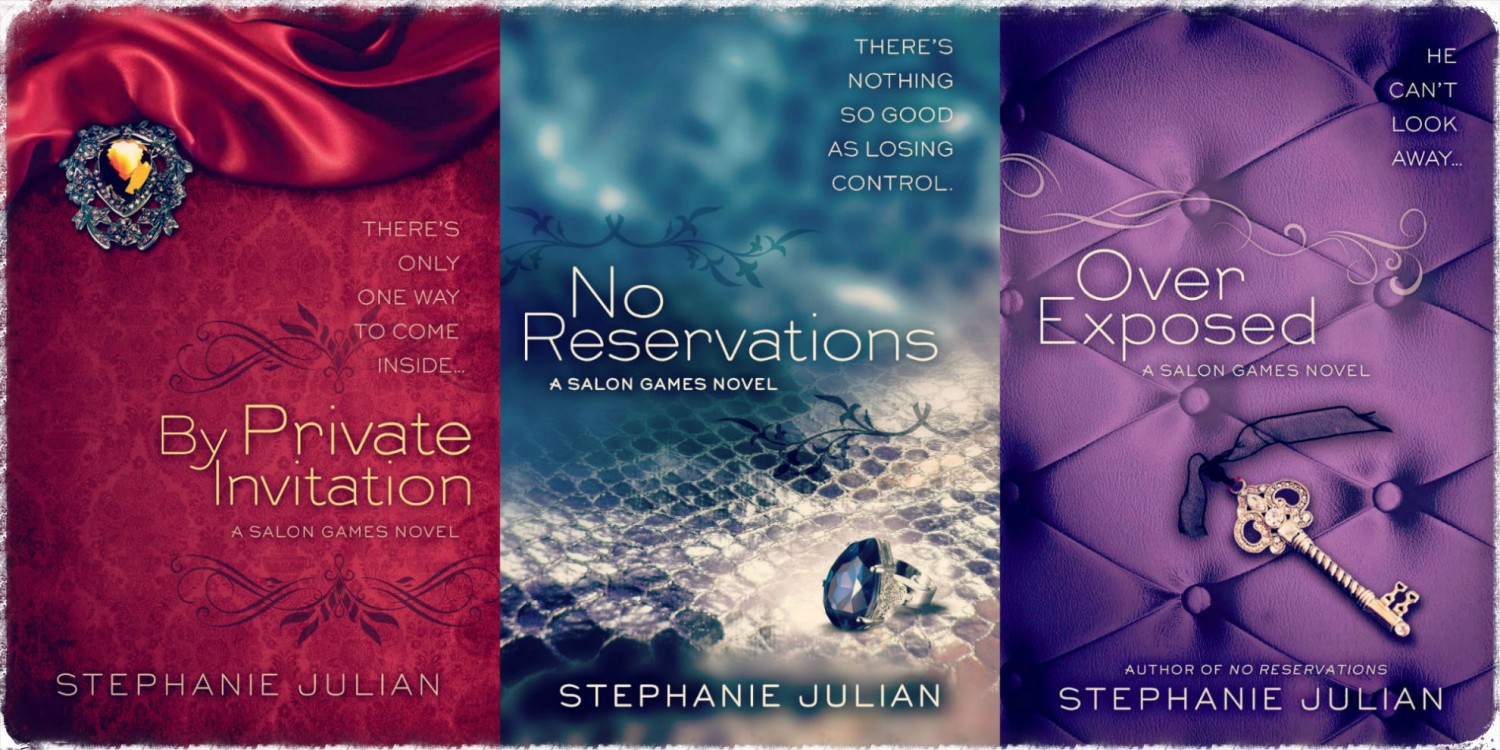 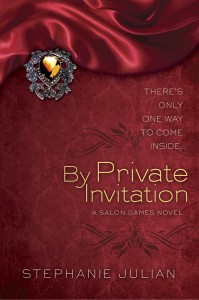 Some invitations don’t need to be sent…only accepted.Antiques dealer Annabelle Elder’s life is nowhere near as passionate as the erotic art she collects. A cheating ex-boyfriend and her business have seen to that. So when she attends a New Year’s Eve party at Haven Hotel, she sees a chance to blow off some steam. But she never expected to meet anyone like Jared—or to experience such passion in his arms…Handsome, rich, and charming as hell, Jared Golden brought his Midas touch to Haven Hotel—and created an anything-goes pleasure palace on one floor to cater to his special friends and their very special desires. After falling in lust with Annabelle at first sight, seducing her was easier than he expected. What he didn’t expect was to be seduced in turn…But unrestrained passion in the bedroom is not the only spark between Annabelle and Jared. Their mutual attraction is confounded by their separate pasts. Caught in an ever-growing web of painful secrets and sensual fantasy, will they be able to face the truth about themselves and trust in true love? 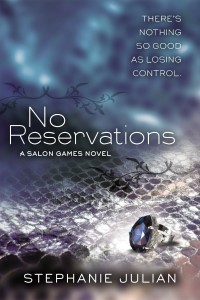 Play by the rules and you’ll never get what you deserve.Tyler Golden is all about control. It’s an attitude that helped him and his brother build Haven, a boutique hotel in Philadelphia. The only thing Tyler couldn’t control was his fiancée’s death. It left him emotionally guarded, and willing to go only so far with women: satisfying his sexual needs.Kate Song knows the feeling. Her sole focus is her dream to be a lingerie designer. She’s not about to be distracted by any man. No matter who he is. Or how demanding. Or forceful. Or captivatingly sexy. Or so she thought.Tyler has the power to make her dream come true. Who can say no to such a dominating personality? Who would want to? Not Kate. Offering her body for submission is one thing. But giving her heart and soul is another. Now Tyler may discover that the one woman who taught him to love again is the one woman he might not be able to keep. 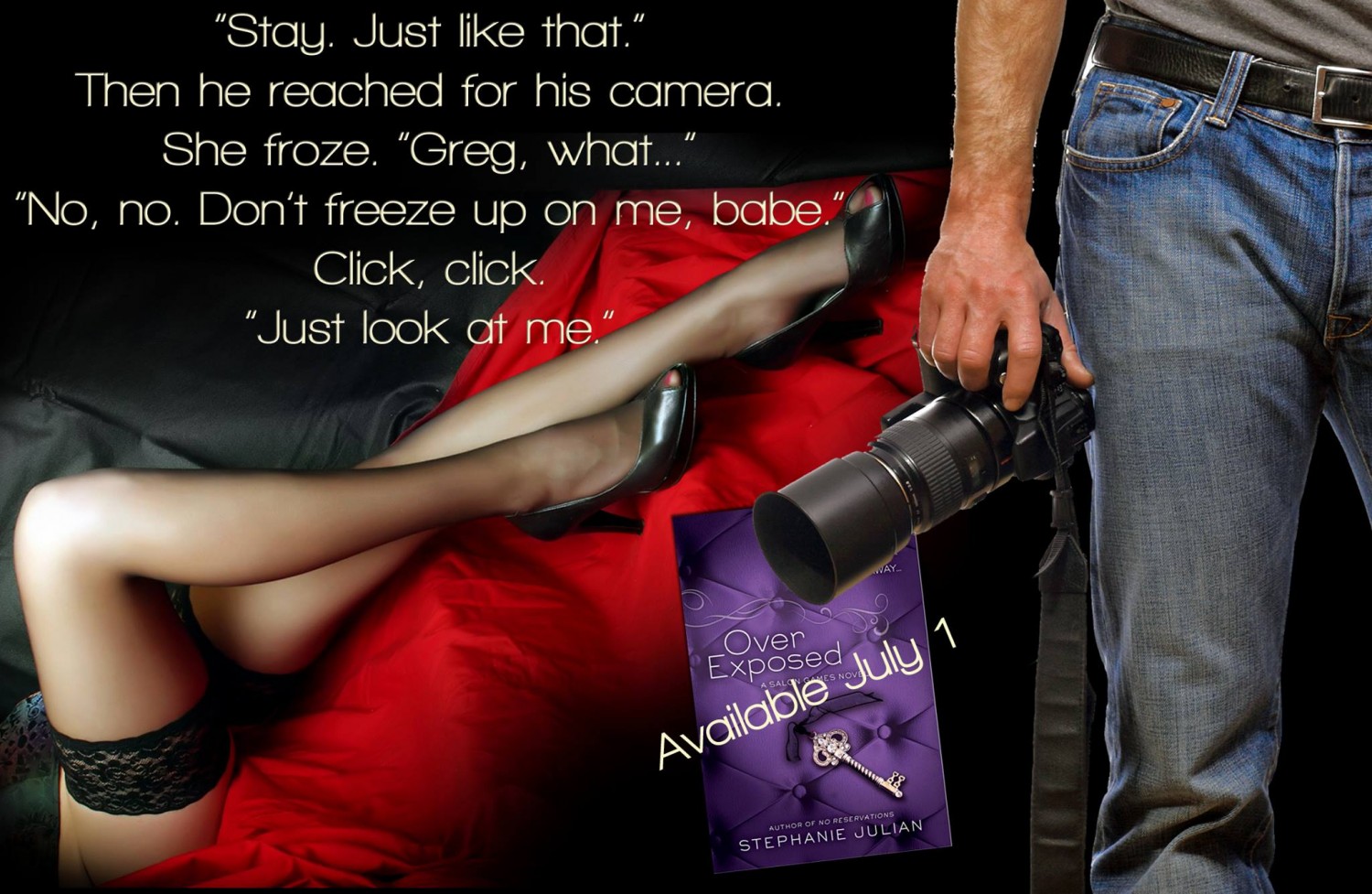 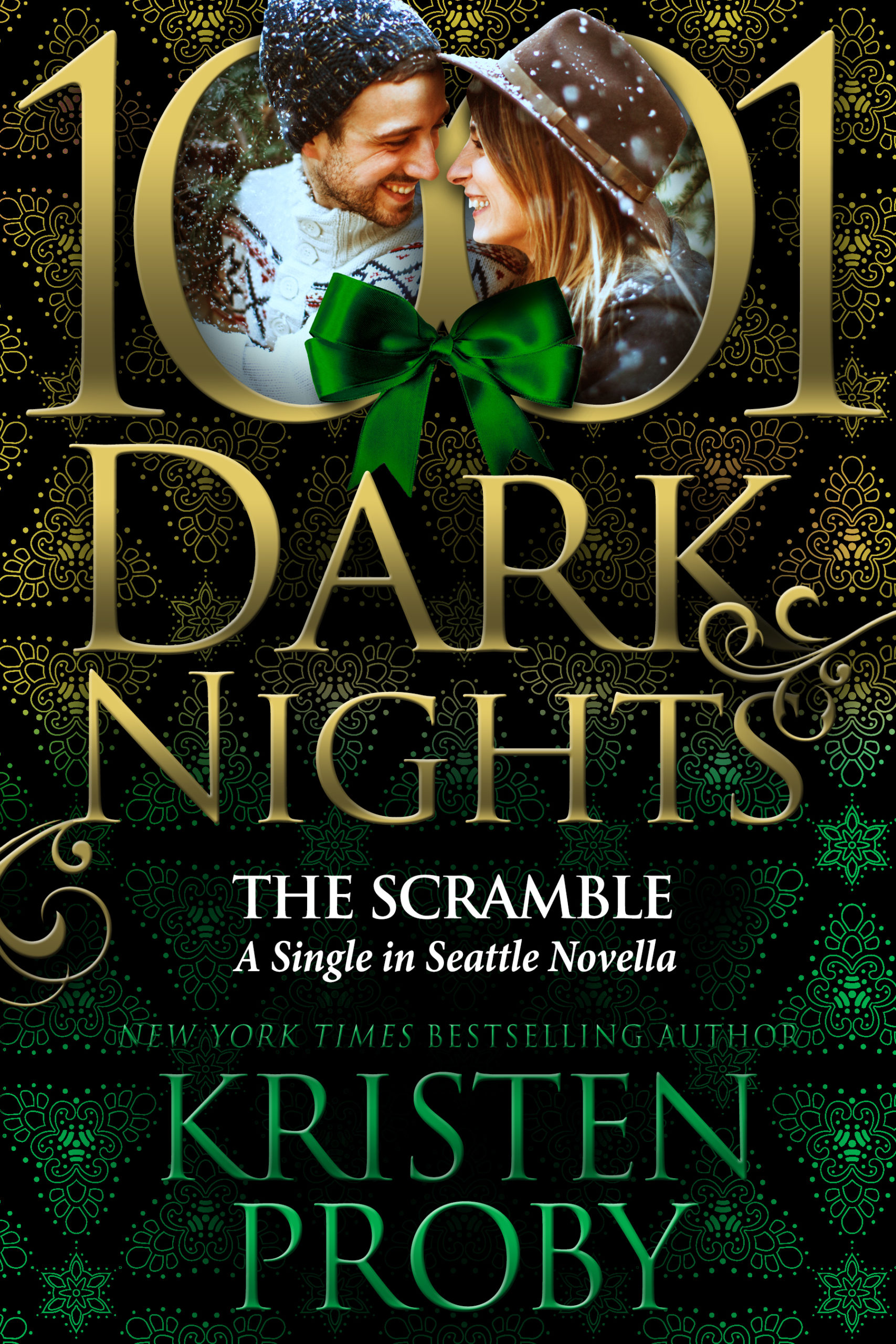 Release Blitz: The Scramble (Single in Seattle #2.5) by Kristen Proby