Quarterback Alex Dare, had it all — an all-star football career with the Tampa Breakers and his choice of willing women — until a severe injury forces him into early retirement. When he is offered a ground-breaking position with a rival team, he’s intrigued, but there’s a catch. He’ll be working alongside the same woman he hasn’t been able to get out of his head for too long.

Social worker Madison Evans grew up in foster homes and knows first hand what it means to have-not. She isn’t impressed by Alex Dare’s wealth or charm. Not since she fell hard for him once before, only to discover she was just one of his too-easy conquests. This time around Madison refuses to succumb to Alex so easily.

But Alex wants Madison. And if there is one thing Alex does well, it’s to get what he wants. The playboy athlete must prove he’s got game in more places than on the field. He means to prove that he’s a changed man but no sooner does he begin to break through Madison’s defenses when a new opportunity comes knocking and threatens her new-found trust. Can he make Madison take a risk and dare to love? 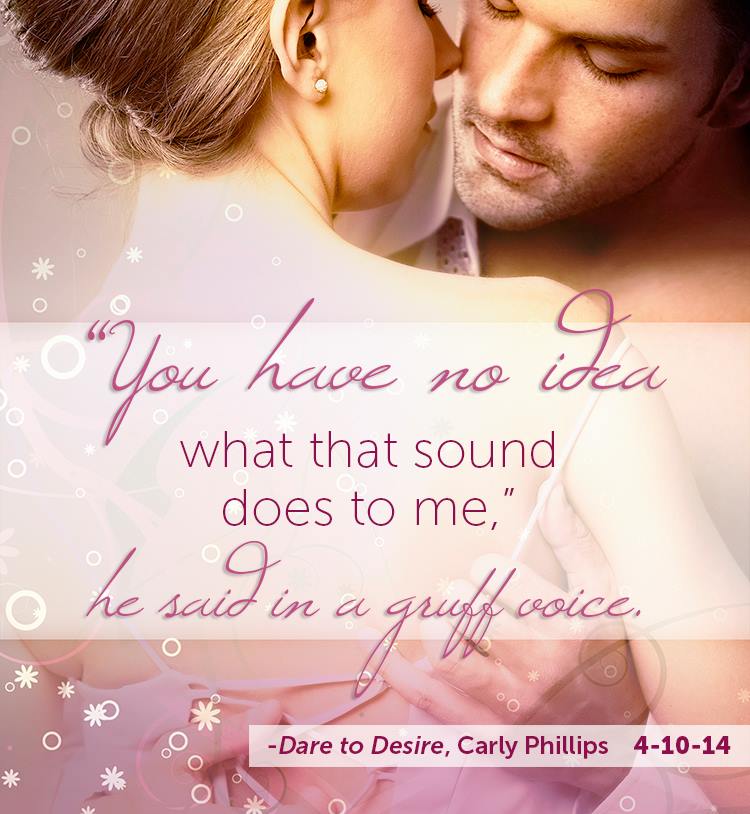 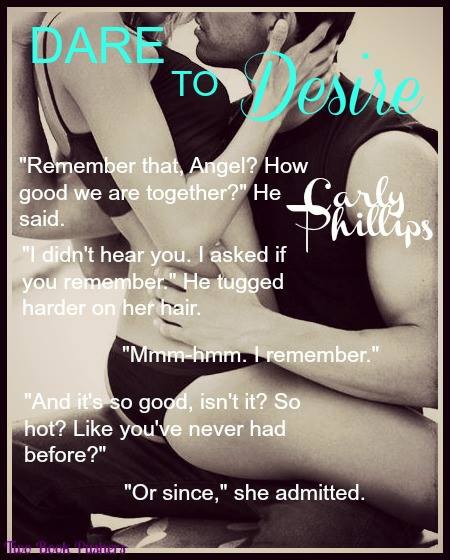 Without replying, Ian opened the door. They stepped into the room, and Alex laid eyes on the one woman he hadn’t been expecting to see. The same woman who’d haunted his dreams and sidetracked him from many of his nightmares.

Madison faced him head on. Her shoulders drawn back, golden-blonde hair pulled away from her face, she didn’t back down from his stare. She wore a pair of black slacks that hugged her curves and a white silky-looking top that clung to her generous breasts. And those unusually blue eyes frosted over at the sight of him.

Blindsided — and his half brother knew it — Alex strode up to her. He inhaled her familiar fruity scent, which only served as a reminder of the hot times he’d spent breathing her in as his cock moved inside her body. Her effect on him was potent, and even the most common expressions failed him.

“Alex,” she said, her cool tone bringing his head out of the desire-filled fog he’d found himself in.

“Hey, Angel,” he said, using the endearment he’d started calling her during their brief time together. Another sign he’d had it bad, whether he’d wanted to admit it or not.

Her head whipped up, her eyes narrowing and settling on Ian. “This won’t work.” She turned to go.

Alex still had excellent reflexes, and he grabbed her arm before she could stride past him.

He didn’t look away, determined to win this battle of wills. This potential job, which had interested him on an intellectual and emotional level initially, suddenly felt even more important, and she was the reason.

“We need to talk,” he insisted.

“I have nothing to say.”

Madison looked over his shoulder in search of Ian and frowned. “Well, the traitor is gone. No big surprise there.”

Smart man, Alex thought. “If I let you go, will you stay long enough to discuss this position Ian and Riley want me to take?”

She let out a frustrated puff of air.

He took that as a yes and released her.

“Us working together is not a good idea, and somewhere in that thick head of yours, you know that.”

“Because we slept together? More than a couple of times?”

She set her jaw. “That was a mistake.”

Ouch. That hurt, he thought, and filed away the why to deal with later. “I want to know more about this training program and what my role in it would be.”

She rolled her shoulders back even farther, stiffening her posture. “You’re right. I don’t. This is a serious project that could help a lot of people and have far-reaching positive repercussions for years to come. I need a partner willing to go all in. And let’s face it, I’ve seen your staying power. It’s nonexistent.” 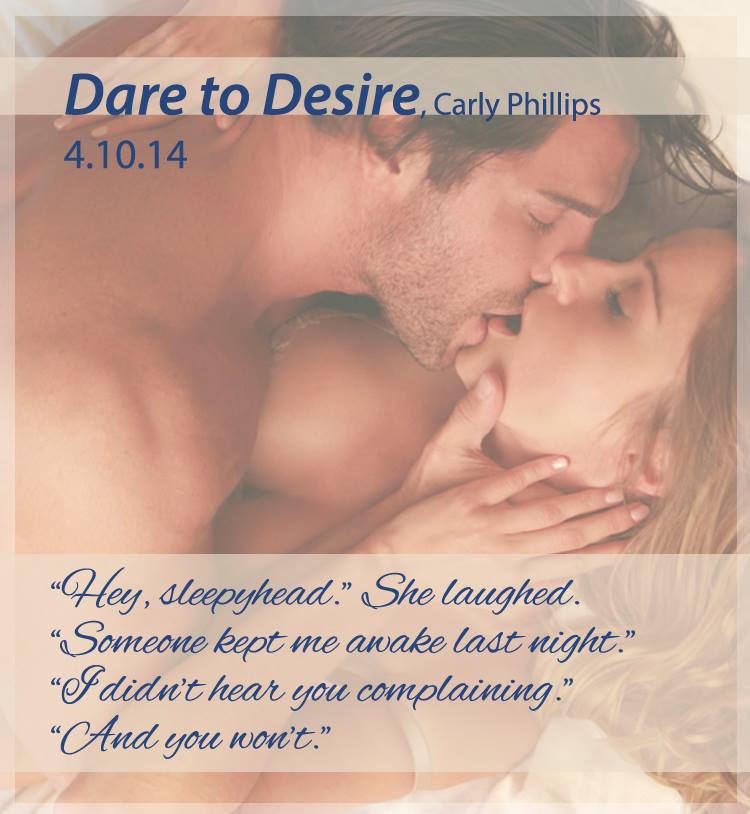 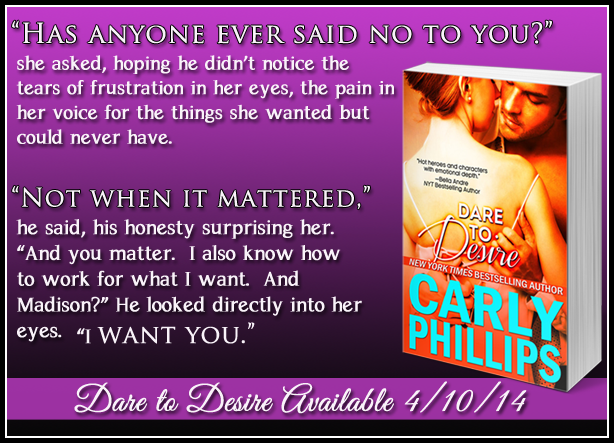 New York Times and USA Today Bestselling Author Carly Phillips N.Y. Times and USA Today Bestselling Author Carly Phillips has written over 40 sexy contemporary romance novels that today’s readers identify with and enjoy. After a successful 15 year career with various New York publishing houses, Carly is making the leap to Indie author, with the goal of giving her readers more books at a faster pace at a better price. Her Serendipity books will still finish up in January/February 2014 via Berkley as planned. Carly lives in Purchase, NY with her family, two nearly adult daughters and two crazy dogs who star on her Facebook Fan Page and website. She’s a writer, a knitter of sorts, a wife, and a mom. In addition, she’s a Twitter and Internet junkie and is always around to interact with her readers. You can find all information about Carly at her website and other social media sites …