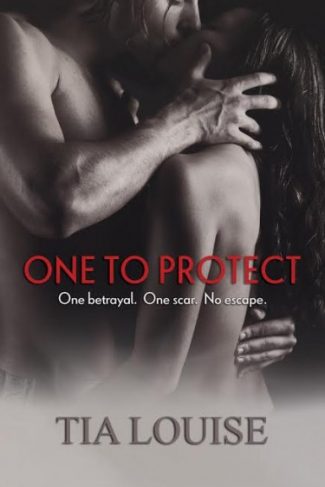 One scar.
One betrayal.
No escape.

When Sloan Reynolds beats criminal charges, Melissa Jones stops believing her wealthy, connected ex-husband will ever pay for what he did to her.

Derek Alexander can’t accept that—a tiny silver scar won't let him forget, and as a leader in the security business, he is determined to get the man who hurt his fiancée.

Then the body of a former call girl turns up dead. She’s the breakthrough Derek’s been waiting for, the link to Sloan’s sordid past he needs. But as usual, legal paths to justice have been covered up or erased.

Derek’s ready to do whatever it takes to protect his family when his partner Patrick Knight devises a plan that changes everything.

It’s a plan that involves coloring outside the lines and taking a walk on the dark side. It goes against everything on which Alexander-Knight, LLC, is based.

And it’s a plan Derek’s more than ready to follow. 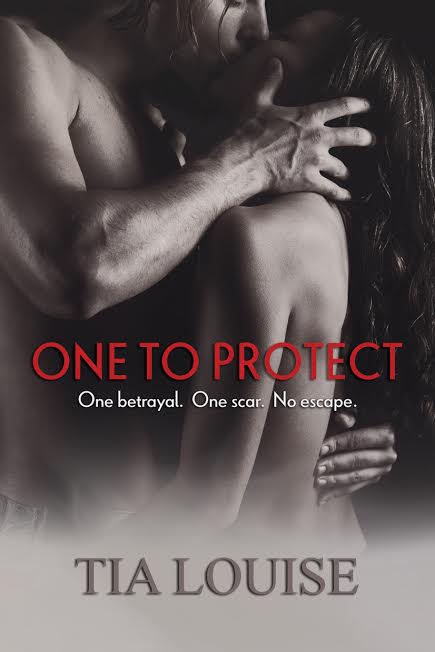 “Derek is hot! Patrick is equally hot! Put these two hot men together and what do you get?!? Panty Dropping holy mother of god hotness! The gang is back and I couldn’t be happier!” —Karrie,
Panty-Dropping Book Blog

“Each scene flowed into the next effortlessly… drama, suspense and then a scene that will have your pulse racing and your eyes dilating.”—Daphnie, Bound by Books blog

“The sex scenes are hot, and the story is great! The love Derek has for Melissa just pulls you in and you know he would do anything in his power to make sure she is safe, which makes him a new addition to my book boyfriend list!” —Chrissy, Reading Past My Bedtime blog

“I love this series. I think I enjoyed this book the most because of the suspense element.” —Helen, Kinky Book Klub 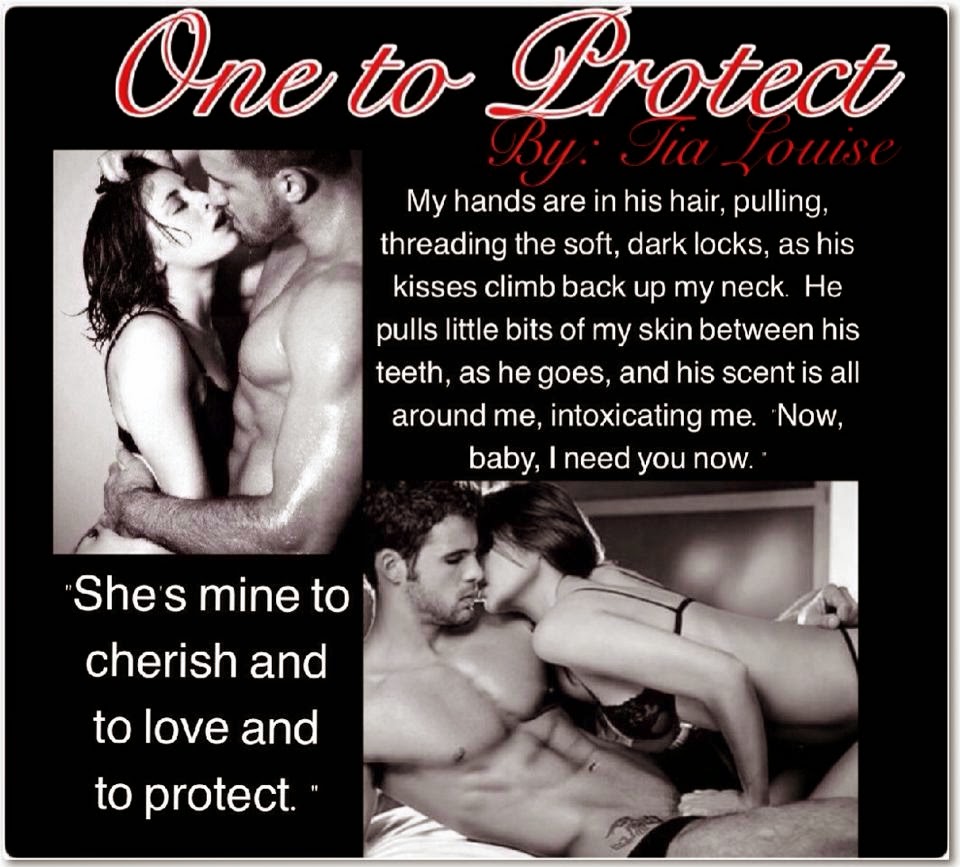 “What have you done?” His voice is full of warmth as he watches me from the sofa.

“Since you’ve been working too hard—”

“Since you’ve been working too hard,” I repeat, “I decided to recreate our relaxing spa vacation in the desert.”

Placing the tray on the coffee table, I hand him his flute and lift mine. “To family restrooms.”

He laughs and clinks back. “To the gorgeous woman who drives me to crazy extremes.”

We sip and I crawl forward on the couch to kiss him and tell him again. “I love you.”

He leans forward, placing his flute, the tray, my flute, all of it on the coffee table. Then his hands move through the open robe to pull me onto his lap in a straddle, facing him. Just that fast, his mouth is on my neck, nibbling and kissing. My eyes are closed, and I’m powerless.

“I love you more,” he says beside my ear with a deep inhale. “You smell so good.”

Threading my fingers in his hair, I kiss his temple. “I wore the red lace…”

A rumble of approval, and his lips touch that spot behind my ear, a light scruff against my skin, sending shivers flying down my legs.

“My favorite.” His voice is thick as I pull his cheeks, reuniting our mouths.

For a moment, we make out like teenagers, hot and breathless, tongues entwining. He holds me against his bare chest, my elbows are bent, and my palms are on his cheeks. His mouth is like some rich, decadent chocolate I can never get enough of tasting. As we kiss, I feel him relax, and my hands slide behind his neck, my lips travel up to his brow. He hugs me against his torso and doesn’t move. Neither do I.

This big, strong man saved me twice. If comfort is what he needs, I’m here to give it to him. I’m here to give him anything. After a few more breaths, his arms relax. I lean back and study his face a moment. The robe has dropped around my shoulders, so I’m basically sitting nude on his lap, but I don’t care.

“Hungry?” I reach for the sandwich plate and hold it between us, right at our chins. “You probably won’t think it’s as good as Central Grocery, but I think it’s delicious.”

His blue eyes take me in before he bites. “Mmm…” is all I get.

Giggling, I lean forward and take a bite myself. The tangy, savory flavor of olives and smoky provolone fills my mouth.

“Delicious!” My voice is muffled.

His smile glows as he watches me, his voice full of love. “How’s the baby?”

Lowering the sandwich to the plate, I turn and put it on the side table again. “I can’t feel a thing, but the doctor said he’s doing great.”

My last checkup was a week ago, and we both agreed unless something unusual occurred, Derek could miss the routine exams. So far everything has been by the book.

“So he’s a boy now?” I love his grin at the prospect of a little son.

Shrugging, I acquiesce. “Maybe… it’s too soon to know.”

His attention moves from my face to my abdomen. Large hands span my bare stomach before he leans forward and kisses me right below my sternum, right at the top of my belly.

“I love you,” he whispers to the little bean growing there.

I’m certain my heart melts in that instant, and I catch his face again to cover it with kisses. He’s right with me, lifting me in his arms and carrying me to the master suite. A California king-sized bed fills the space, and he spreads me out on the soft mattress, lying on his side next to me.

I trail my fingers lightly over his brow, to his temple, following a line to his strong jaw. He looks at me like I’m the most fragile thing in his bed—another detail he knows isn’t true.

We don’t disturb the moment, though. The truth might be that both of us are strong as iron, tough as flint, but holding each other, we know how precious it is that we’re here, together.

The randomness of chance keeps us both in awe, and for that, we treasure these moments. After working so hard, our reunions are the sweetest bliss. He holds me, and I feel very needed and extremely sexy. This man is like water in the desert to me, and it isn’t hard to see the feeling is mutual.

“I’m sorry I interrupted dinner.” Leaning forward, he nibbles the skin at my neck, and a surge rises between my legs. “Can you wait?”

My voice is thick as I answer. “I guess so…” 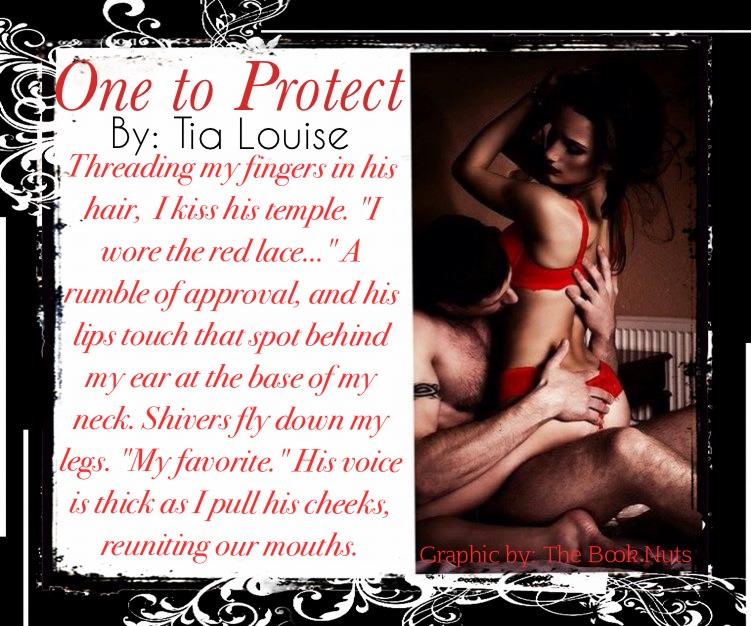 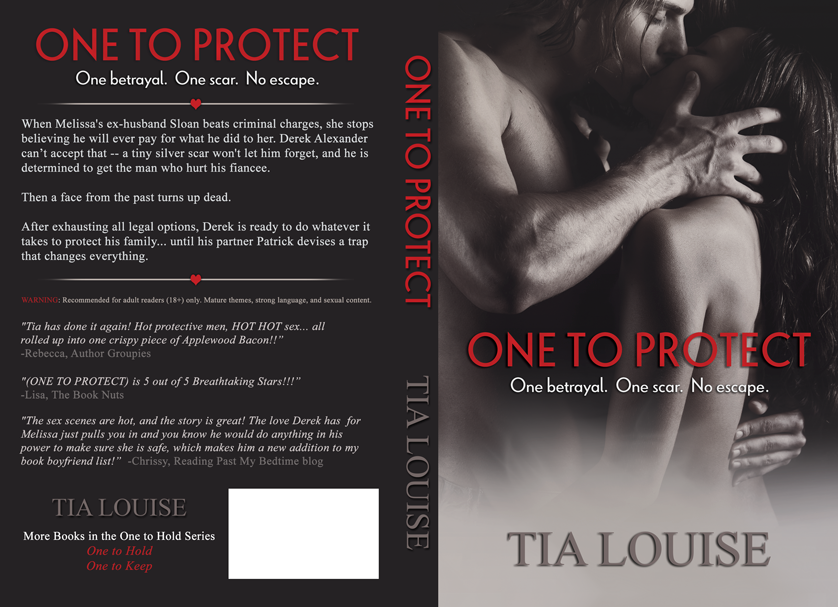 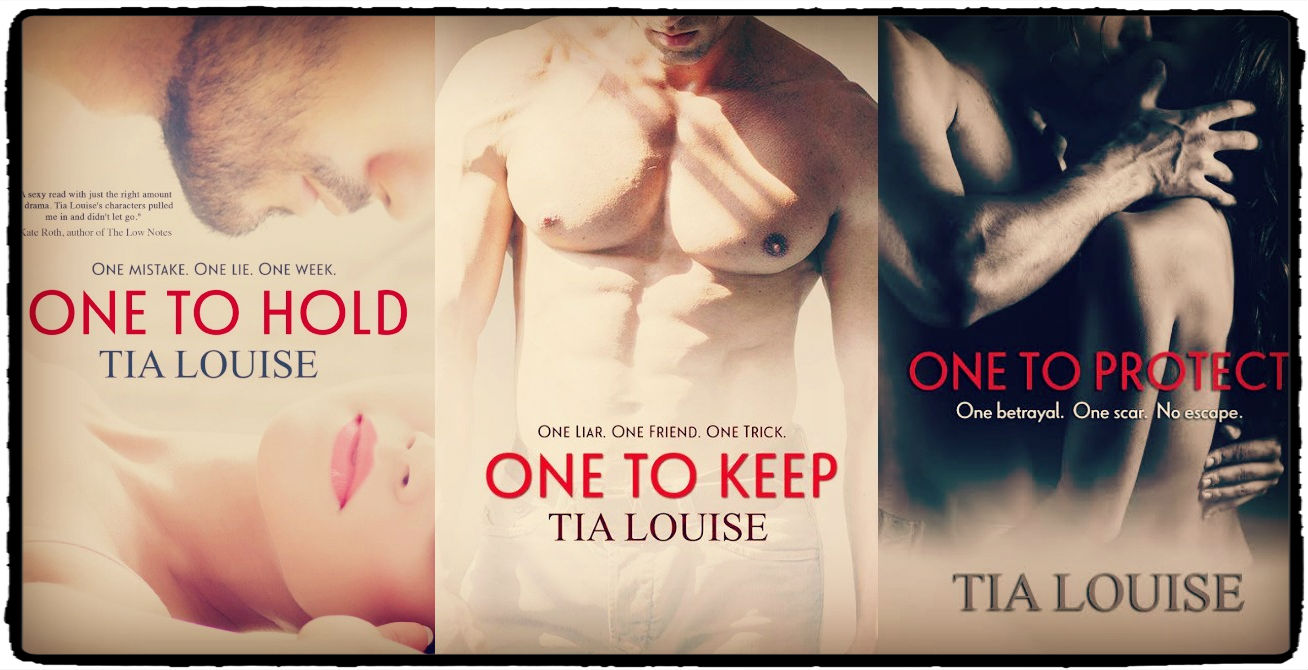 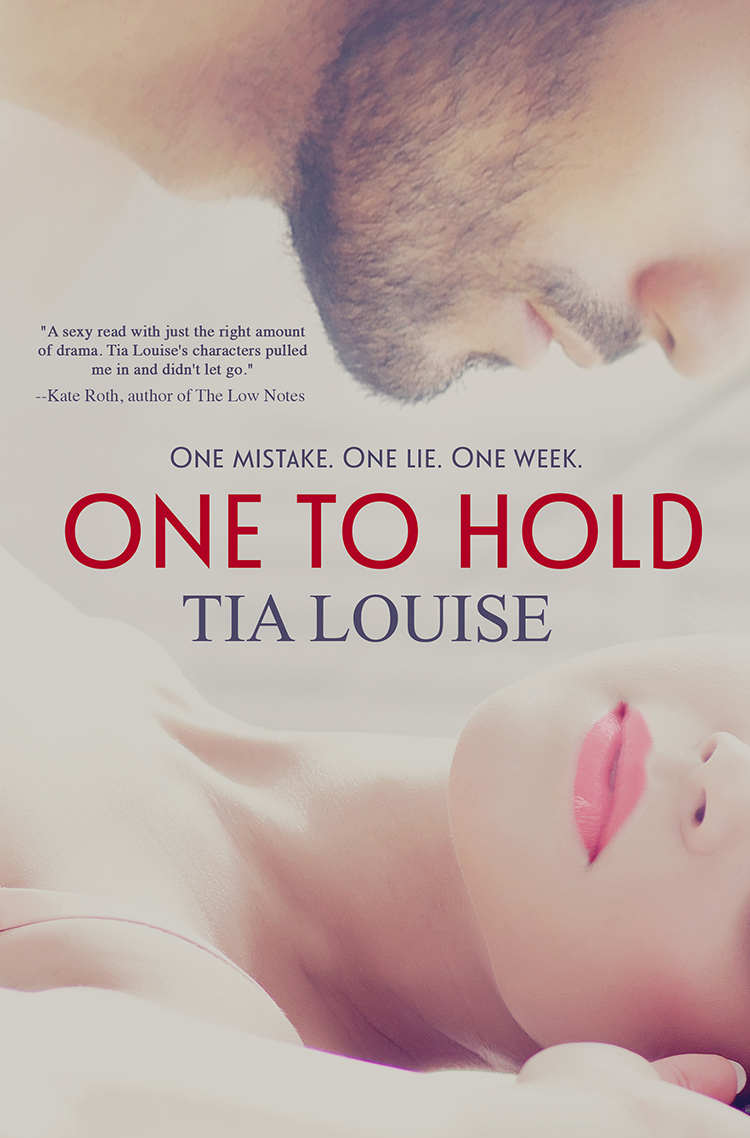 Derek Alexander is a retired Marine, ex-cop, and the top investigator in his field. Melissa Jones is a small-town girl trying to escape her troubled past.

When the two intersect in a bar in Arizona, their sexual chemistry is off the charts. But what is revealed during their “one week stand” only complicates matters. 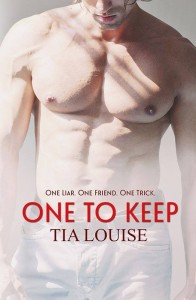 LOTS of sexual content. Patrick is a naughty boy until he meets Elaine. So there’s the warning–if you keep reading, please relax and have fun! (It’s meant to be fun. *wink*)There’s a new guy in town… “Patrick Knight, single, retired Guard-turned private investigator. I was a closer. A deal maker. I looked clients in the eye and told them I’d get their shit done. And I did…”Patrick doesn’t do “nice.”At least, not anymore.After his fiancee cheats, he follows up with a one-night stand and a disastrous office hook-up. His business partner (Derek Alexander) sends him to the desert to get his head straight–and clean up the mess.While there, Patrick meets Elaine, and blistering sparks fly, but she’s not looking for any guy. Or a long-distance relationship. Patrick’s ready to do anything to keep her, but just when it seems he’s changed her mind, the skeletons from his past life start coming back. 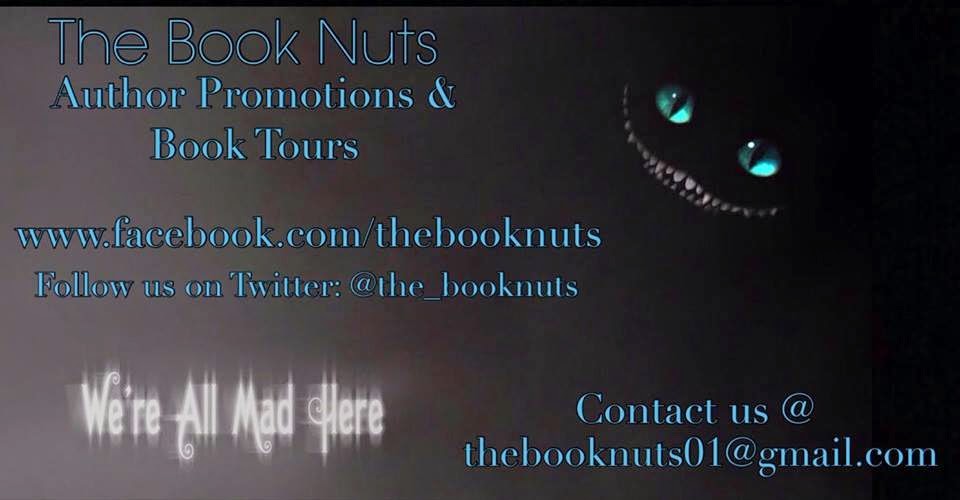 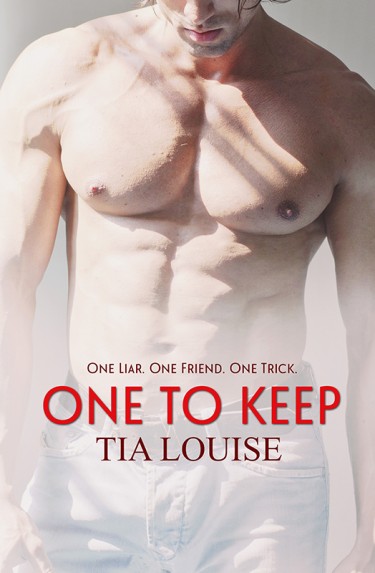