Ready to Rumble – Demitria Stavos has been secretly in love with her father’s star performer, Nikolai “Granite” Petrov for years. When they’re thrown together on a promotional tour for the Stavos’ Professional Wrestling Entertainment Company, each may have finally met their match.

Breaking the Ice – Diesel LeBlanc notices MacKenzie Rhodes ice-skating on a pond in their hometown and decides he has to have her. He makes no secret of his desire – or the casual nature of it. He finally gets what he wants…on her terms…and heads off to live the fabulous life of a professional hockey player. Years later, a chance meeting when he’s traded to the Boston Bruins brings them together again. This time, he doesn’t plan to let her get away.

Time to Make the Doughnuts – Josie doesn’t trust men anymore. Especially professional athletes. When Max Grant – star receiver for the Pittsburgh Steelers – enters her bakery in a carb frenzy before dawn, she draws her weapon and prays he doesn’t make her use it. Max is as patient in love as he is on the gridiron.

Exclusive Excerpt from “Win, Lose, or Raine” by Shayne McClendon

Novella Four in “Love of the Game – The Complete Collection”

Opening her eyes, Raine Storm turned her head to look at the gorgeous man sleeping beside her.

Her eyes roamed his exposed body, wandering from his tousled blond hair to his now-stubbled jaw, across his tanned shoulder and down his leanly muscled back to where the sheet barely covered what she remembered as being an almost perfect ass. She paused for a moment to appreciate that thought before bringing her eyes back up to his face.

Bits of the previous night started to drift into her mind. She knew his eyes were whiskey brown and that he had very interesting tan lines, but she couldn’t quite remember how they’d gotten to his hotel. She thought he might be an athlete but that part was a little foggy.

Though she could not remember his name, Raine did remember the mind-blowing fucking that had continued for hours on end.

She’d started to sober up around dawn and the sex had taken on a completely new flavor, becoming more serious and focused instead of the earlier playfulness with which they’d started the night.

Vaguely, she wondered what happened to Macy and Nanette, her sorority sisters who had been with her the previous evening. They were usually good about taking care of each other but they knew she planned to leave with someone last night, tired of being the last remaining virgin in their sorority house.

After all, she’d figured she had guarded it long enough and no one permanent was even remotely on the horizon. It had gotten more than a little embarrassing.

Since it was her birthday and she was finally legal drinking age, she let a bunch of the sisters take her out to celebrate. They bought her shot after shot, each one slightly different “so she’d know what she liked for next time,” or so they claimed.

Soon, other patrons of the bar had joined in the fun.

Someone had put Closer[l1] on the jukebox and she started dancing with a bunch of different people. Raine remembered the man currently in bed with her had stayed nearby, not dancing with her, but watching.

He’d first come up to her when she was playing darts between shots, and by the time she decided he’d suit for what she wanted, she’d been totally wasted for the first time in her life.

She recalled that sometime during the short conversation they’d had he told her he had little sisters, and she needed to be careful in a bar full of men.

As the evening progressed, his good intentions must have fallen by the wayside, because somehow Raine convinced him that having sex with her was exactly the right thing to do.

His arm and leg were currently thrown over her body and she was sore in all the ‘right’ places, if her friends were to be believed.

Now, she needed to get out of here before the awkward “I don’t even know your name” crap happened. She’d die of mortification.

Slowly and more than a little regretfully, she eased herself out from under his hard body. She found her clothes and purse before running silently into the bathroom. Only when the door was fully closed did she turn on the light.

Exhaling roughly and far more nervous than she admitted to herself, Raine quickly got dressed. She put on the low hung jeans, t-shirt, and heeled sandals she’d worn when she left the sorority house eighteen hours before. She finger-combed her shoulder-length red hair and removed the makeup from under her green eyes. It was smudged from hours of sweaty sex.

Just the thought of which caused her nipples to tighten painfully.

Feeling somewhat human, though admittedly not a very dignified one, she quietly left the bathroom and tiptoed to the door of the hotel room.

Which hotel, she didn’t have a clue.

Raine let herself out quietly, grimacing when the door clicked closed a bit too loudly, and rushed to the elevator.

Behind her, she heard a door open and knew it was the one she’d just run from. He stepped into the hall with a sheet wrapped around his waist. One arm raised, running a hand through his hair as he first looked the other way down the hall.

She felt her fingers twitch in memory of running them through his soft locks, of even grabbing hold at one point.

She had good taste, at least. For her first lover, she could not have picked a more perfect male specimen. Her body went hot and damp instantly.

There was a ding behind her a moment before she would have walked back to him. Dignity be damned. He dropped his arm and turned towards her, taking a step in her direction. Both relieved and disappointed, she blew him a kiss and stepped into the elevator.

She heard him call, “Raine, wait!” as the doors slid shut.

Practically running through the lobby, she hailed a cab to the bar. Her little cobalt-blue Miata sat where she’d parked it the night before. The driver gave her a sly grin as he took her money, and she got out with her face hot.

The moment the engine turned over, she gunned it into the street and left the night before behind.

Sort of. Remembering what he’d done to her and how he made her feel caused her toes to curl. She focused on driving, on getting somewhere familiar, getting home.

Arriving at the sorority house, she let herself in and was immediately swarmed by her sorority sisters. They wanted to know all the details.

Other than admitting that the deed had been done and she had a magnificent time – confessed with a huge blush on her face – she managed to tell them very little about her night.

After eventually making it to her room, Raine gathered her shower gear and headed to the bathroom she shared with three other girls. She stayed in the shower a little longer than her usual time, crying softly to herself.

It was hard not to wonder if she’d done the right thing…if maybe she should’ve stayed to talk to the man who loved her body so well, so beautifully, for the first time.

When she was dressed in comfortable clothing, she called her friends back home – the ones who knew her better, and far longer, than anyone with exception of her mom.

The six of them talked to her in shifts for hours and helped put the experience in perspective. By the time she hung up the phone, she felt somewhat better.

What was done was done. Regrets never got you anywhere. Life moved on.

Jake Forrest took the virginity of a woman who didn’t even know his name.

He hadn’t known she was a virgin until she no longer was. When he’d paused in shock and surprise, she’d told him she was drunk enough to get rid of her nerves but sober enough to know exactly what she was doing.

At that point, it had been too late to go back, so he became determined to make it great. He focused on wringing every ounce of pleasure from her until she finally collapsed just after dawn.

He didn’t know her last name, only her first, courtesy of the friends with her last night. The group of giggling young women had been celebrating Raine’s twenty-first birthday and he hadn’t wanted to leave her to the wolves circling at the bar.

Not that he’d been any better than then in the end.

She kissed and stroked and begged him until he broke. She was exactly his type, Irish good looks with an athletic body. He knew he was a considerate lover, always safe, and he made sure his partner was well pleased before he got his.

He wanted to find her, to talk to her…to take her again with both of them stone cold sober. Raine was incredible, a naturally sensual woman he wouldn’t mind getting to know better.

Jake had always been lucky. He couldn’t shake the feeling that their paths would cross again. In the meantime, he had to concentrate on his job.

In the Service of Women 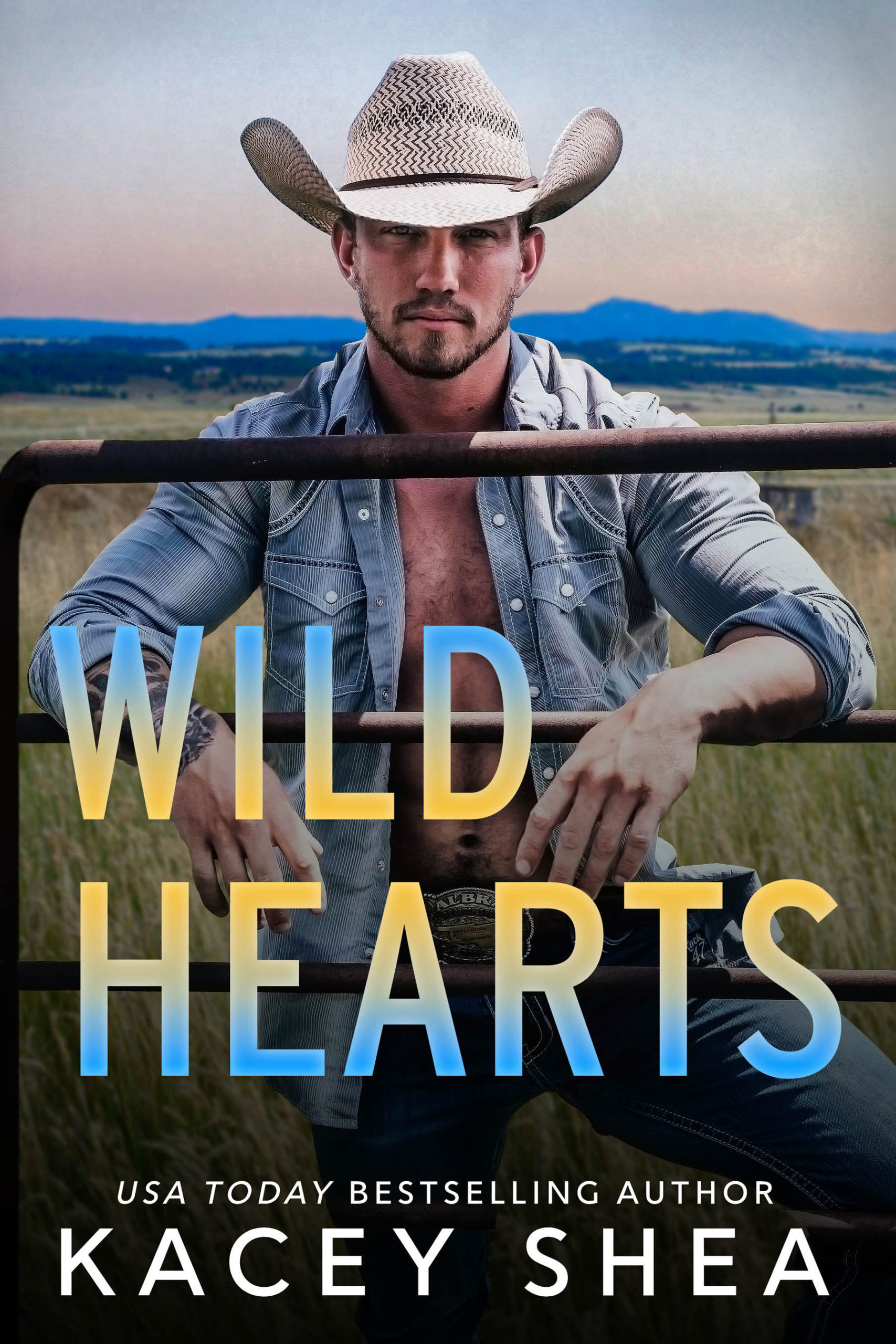