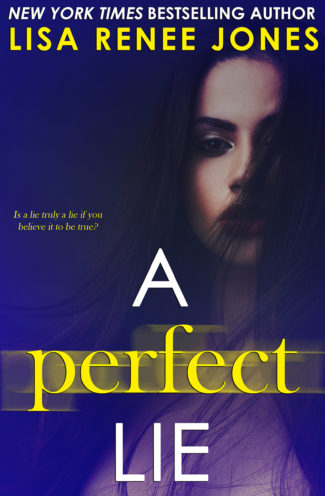 I'm Hailey Anne Monroe. I’m twenty-eight years old. An artist, who found her muse on the canvas because I wasn’t allowed to have friends or even keep a journal. And yes, if you haven’t guessed by now, I’m that Hailey Anne Monroe, daughter to Thomas Frank Monroe, the man who was a half-percentage point from becoming President of the United States. If you were able to ask him, he’d probably tell you that I was the half point. But you can’t ask him, and he can’t tell you. He’s dead. They’re all dead and now I can speak. 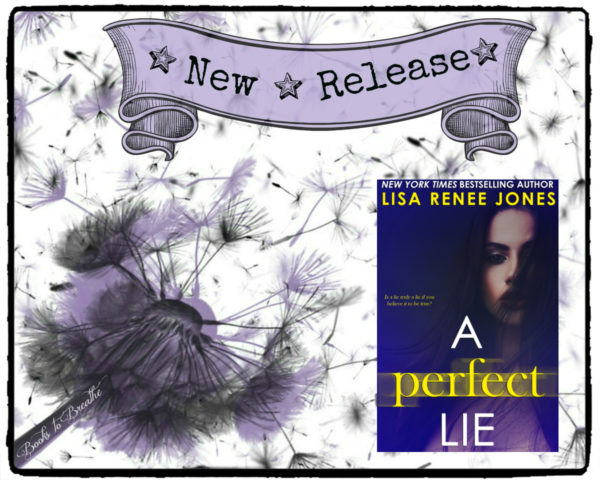 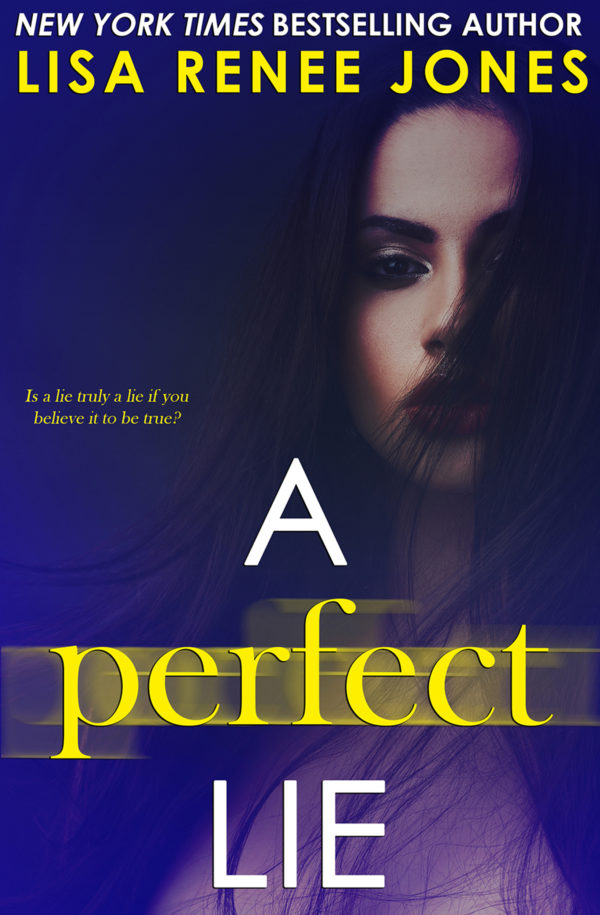 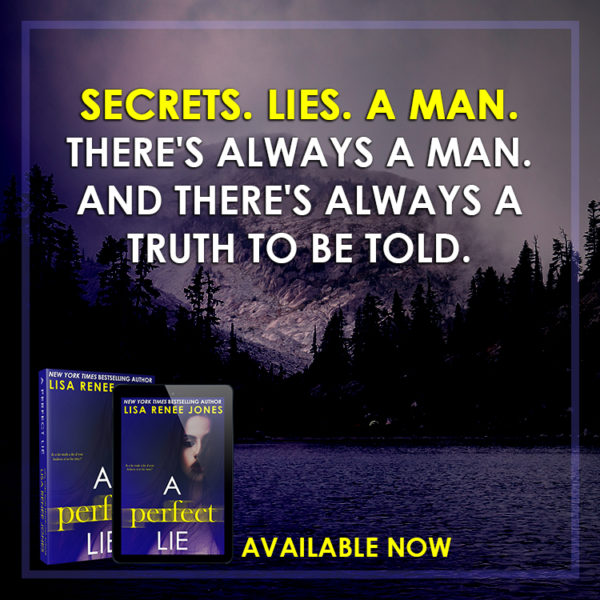 ~ Read the Chapter One Here ~ 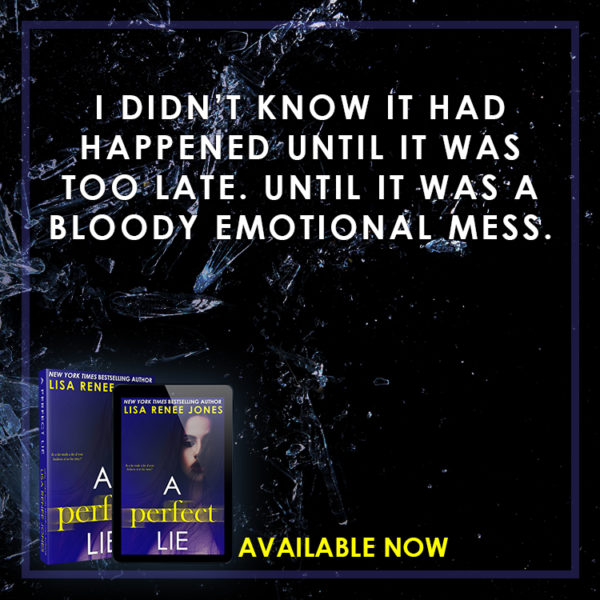 “Can I join you?” he asks, motioning to the table.

There’s interest in his eyes, the kind a man has for a woman, but who knows, maybe it’s real or maybe it’s not real. Maybe he knows who I am and sees a path to power and fame. The way Tobey wanted me for money and power, right up until the moment I’d called his number aka his agenda; thus, he has not called me since I left. Maybe Harvard will lie even better than Tobey did. Maybe Harvard will at least kiss better than he did, and the lies would taste like temptation rather than convenience. At least then, if I’m used, I’ll enjoy being used.

Whatever the case, it’s clear I might actually be angry with Tobey and that aside, the interest that Harvard has shown in me, must be controlled before my Denver sanctuary is destroyed. “You can join me,” I say, “but only because I’m trying to save the rest of the place from the attorney in the house.”

I am pleased when Harvard laughs, where Tobey would have scowled, proving that Harvard has a sense of humor, which is rare for those in my life. I’ve barely completed this thought when he moves forward and claims the seat next to me, not across from me, settling his briefcase on that chair instead. In the process, his leg brushes my leg and for the briefest of moments, I’m transported back to the place that I’m now trying to forget: to Austin, to Drew’s leg next to mine, his wink, and I do now what I did then. I jerk back. If Harvard notices he doesn’t react. “Since we haven’t been formally introduced,” he says, resting his naked hands on the table. “I’m Logan. Logan Casey.”

“Logan Casey,” I repeat trying to ground myself in the present, at least for now, but some part of me is still swimming in that memory, which naturally has me wondering if this man is a shark in the water around me. “Two first names,” I add. “Sounds like your parents fought over who got to pick your first name. Did they draw straws for which choice became your middle name?”

“You’re actually right on target,” he says, laughing again, and it’s a nice, masculine laugh, and oddly this thought feels familiar while Logan does not. “No one has ever guessed that,” he adds. “My mother won the name war. The women always win. Speaking of names. Do you have one?”

“Hailey Anne Pitt,” I say, “and in my house, my father won the name war.” Because in my father’s world, I add silently, the women don’t win the wars. At least, not that he knows, not in an obvious way. I’ve learned this well.

“Well then, Hailey Anne Pitt,” he says, “what’s a Stanford girl like you, doing in a place like this? You’re a long way from school.”

I’m smacked in the face with a lesson I’ve long ago learned and forgotten with this man; strangers do not always remain strangers and all offhanded remarks can come back to haunt you. “That was a joke,” I say, shutting the door connected to my real life, and a path that leads to my father. “I hate attorneys, remember?”

He narrows his eyes on me, and for no reason other than instinct, I believe he’s looking for a lie that he won’t find. I’m simply too well-taught from birth, too skilled at being more than one person to allow such a detection. Well that, and the fact that I really do hate attorneys, which is why I’ll be a good one.

“That was a joke?” he confirms.

“Yes, actually. I am. What does a lawyer-hating smart ass like yourself do for a living?”

“When not busy taunting those who went to law school,” I say. “I’m an aspiring artist.” Both honest answers, if you put a “was” in front of the “aspiring artist” which I’d thought that I’d come to terms with, but the knot in my stomach says I have not.

Logan motions toward the art room. “Your career explains why you ended up here.”

“I guess it does,” I say, as this place serves me well to reconnecting to the Pitt part of my life, which is a place I really need to be right now, for all kinds of reasons.

My father’s words answer him in my head. Art is useless unless you’re famous, he used to say often, because of course, it was inconceivable that I might be good enough to be famous. “Art is like movies and food,” I say, shoving aside that bad memory. “Good is subjective.” I don’t give him time to reply. I ping the conversation back toward him. “What kind of law do you practice?”

“Corporate,” he says, and this time he pings back to me. “Do you live in the neighborhood?”

“I bought a building a few years ago where I live and work which means this is my home turf, and why I know you’re new here.”

“I am,” I say and since he’s clearly going to ask for details, I quickly preempt with an on-the-fly story. Actually, it’s the suggested story, Rudolf included in my file. “I came here for a job, and my new boss owns a house he’s rented to me for dirt cheap.”

“And what does an artist do but create art for a living?”

“I’m working for a private art acquisitions firm. I now hunt for treasures for a living.” This lie is actually my dream job that I’ve never been allowed to entertain.

The horror flick loving waitress delivers my coffee and brownie. “Thank you,” I say, because every politician’s daughter has manners beaten into her.

“No problem,” she says, “but if you come to your senses and want a better version of that coffee, just shout.” She eyes Logan. “I already know you want a crappy tasting coffee, on endless pour and a chocolate chip cookie. Coming right up.”

“Thanks, Megan,” he says, giving her a wink that I don’t classify as flirtatious, just friendly, and Megan is gone.

“And they like me,” he confirms, “despite knowing I’m an attorney.

“Because you’re good looking and use it to your advantage.”

He arches a brow. “You think I’m good looking, do you?”

“Oh, come on,” I say, crinkling my nose. “Everyone thinks you’re good looking. I’m simply stating a fact. We use what we have and those of us that are smart, know what we have.” I move on from what is really quite inconsequential. “Why work here, not at home, or in the office?”

“I find I get a lot of work done with a cookie, coffee, and no access to streaming television,” he explains.

No one in my D.C. crowd would make an admission of being human and distractible. Some people in my situation might take comfort in that fact, but I don’t. Logan’s an attorney, and my gut, which I’ll confirm with research, says he’s a powerful one, the kind that radiates toward my father. Maybe that’s a coincidence and maybe it’s not. Maybe he’s testing how well I execute my cover story. The possibilities are many. Though in all fairness to Logan, perhaps I’d lean toward his innocence, if not for the laundry list of recent events such as Tobey being gay and the FBI agent, who is likely working for my father, that I slept with to prove I was a) still desirable and b) not a killer. 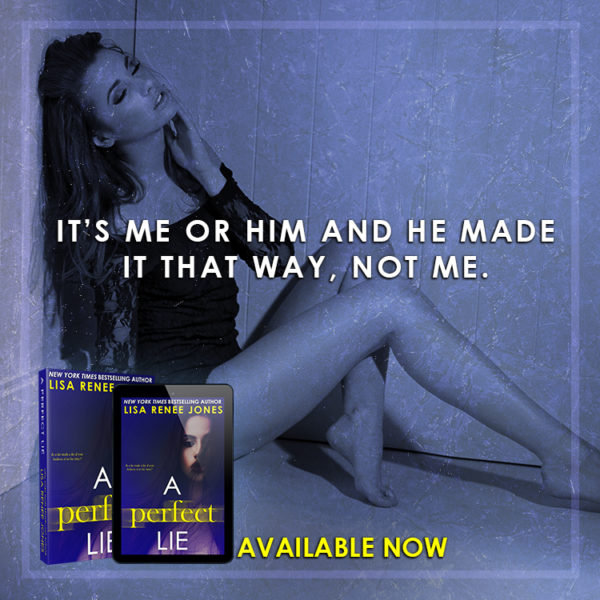 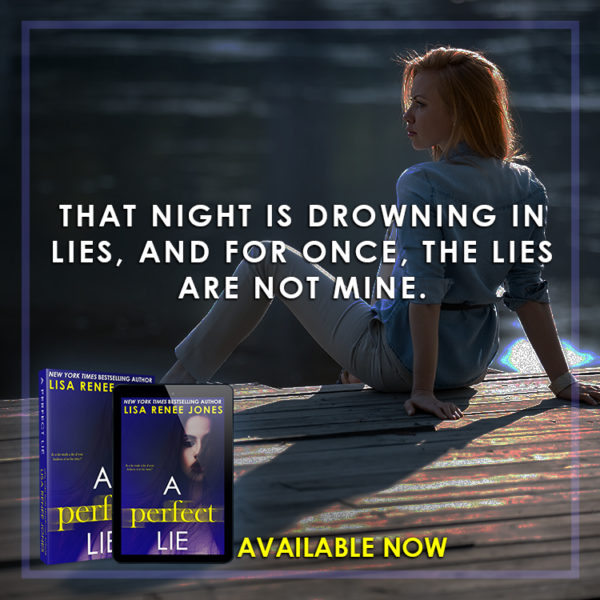 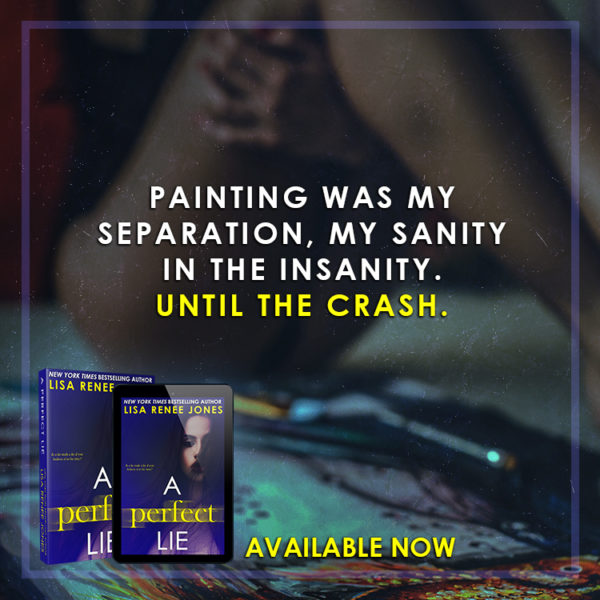 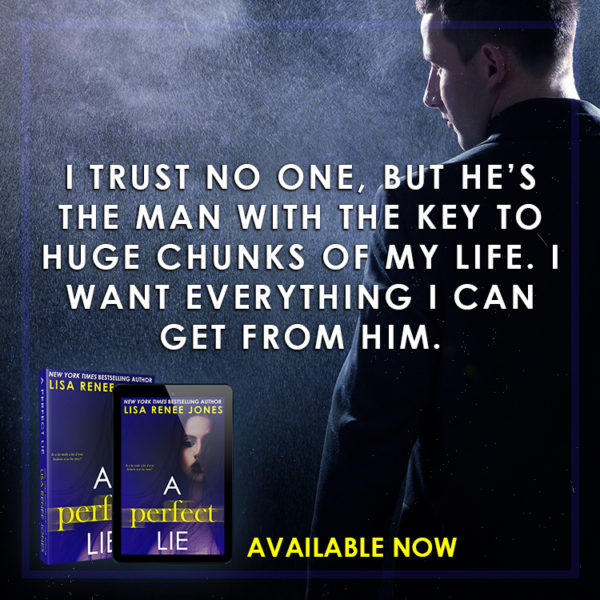 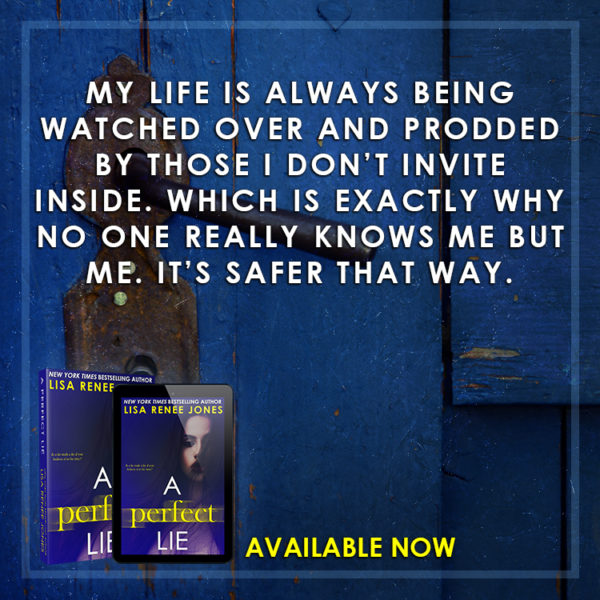 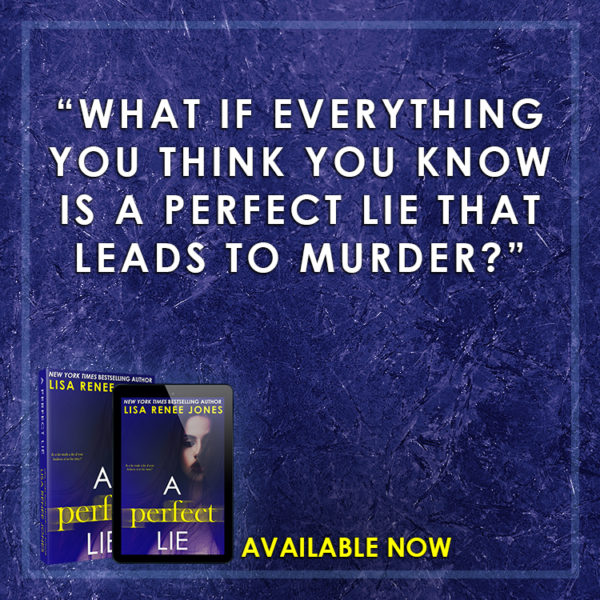 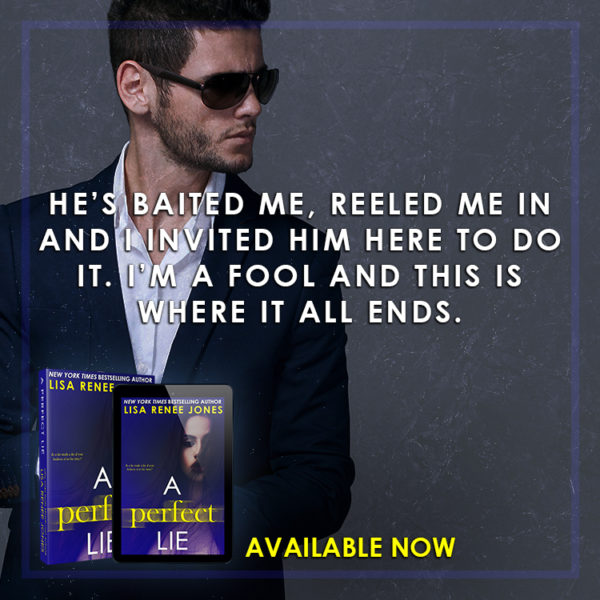 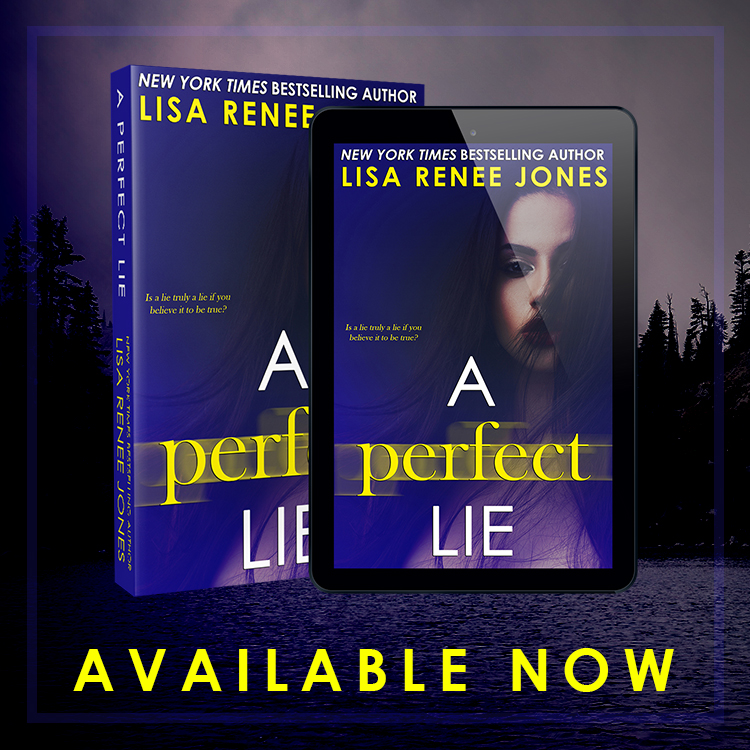 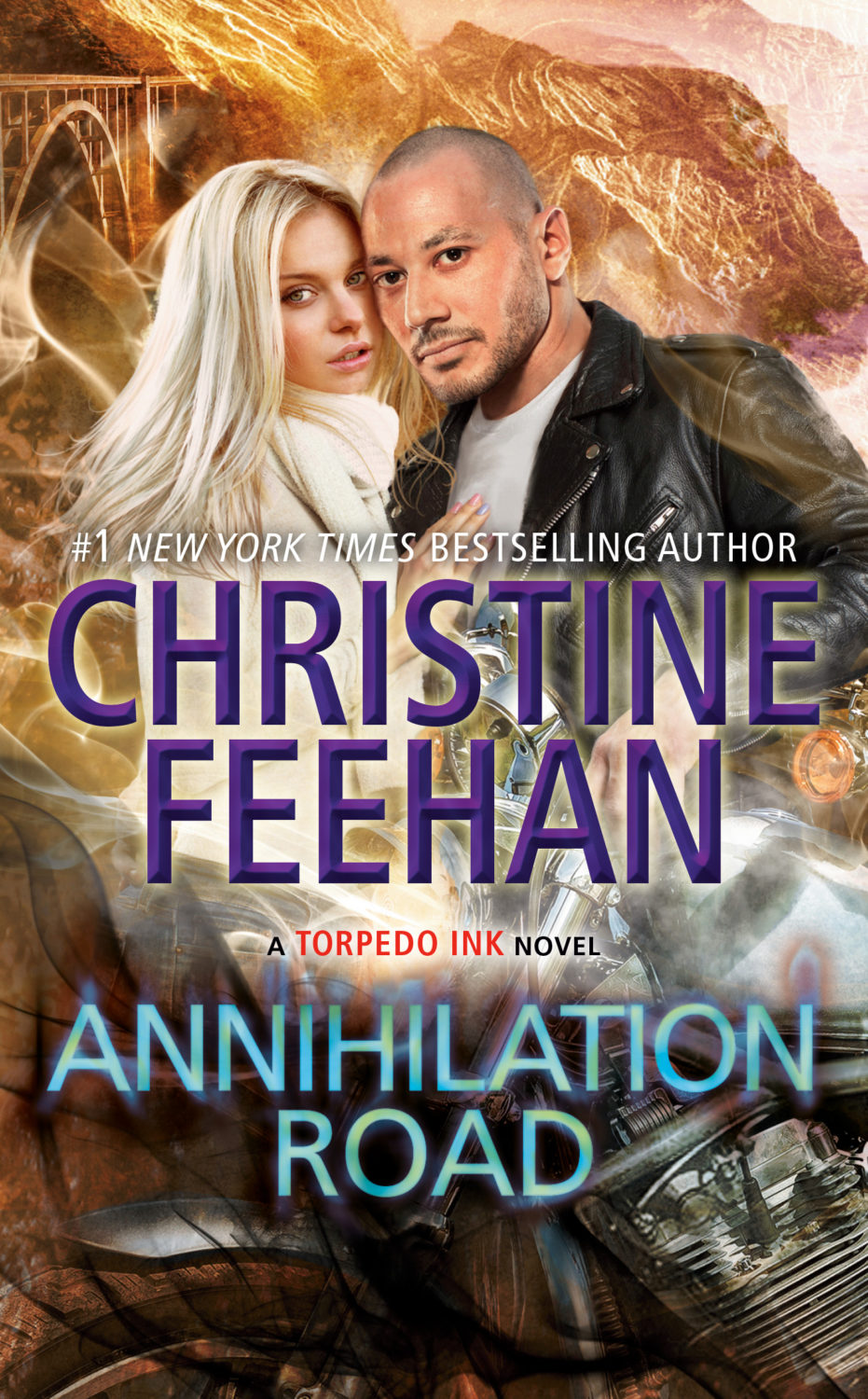