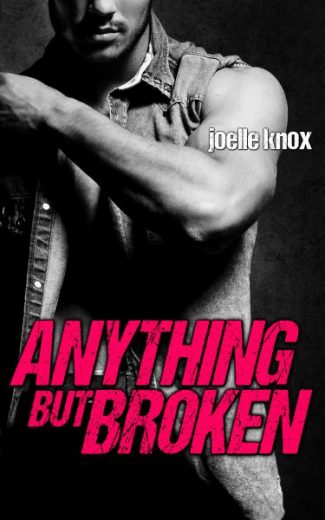 After five years, tragedy brings Hannah Casey back to Hurricane Creek to bury what’s left of her family. She’s flunking out of college, haunted by scandal, and the only person who cares is Sean Whitlow, an irresistible bad boy with a soft spot for her. The problem? He’s her dead sister’s ex.

Sean doesn’t bleed red, he bleeds motor oil. During the week, he struggles to turn his auto repair shop into a profitable business. But when Saturday night rolls around, he’s the reigning stock-car king of the local race track. He doesn’t know how to lose–or how to walk away and leave Hannah alone with her grief.

Between her grades and her wealthy family’s dark secrets, Hannah’s barely holding her life together. And the last thing Sean needs is to get tangled up with another Casey girl. As the attraction between them spins out of control, they’ll either find a love with no limits–or go up in flames.

​“Everything has to come together. It’s skill, but it’s also luck. If you’re good enough, you can beat better cars. And if you suck, the best car in the world can’t win you checkered flags. Sometimes you have both, but something happens to fuck it all up—a guy spinning out on the back stretch right in front of you, or a caution that blows your giant lead on second place. When you have all three, though, it’s magical.”

— Sean, Anything but Broken 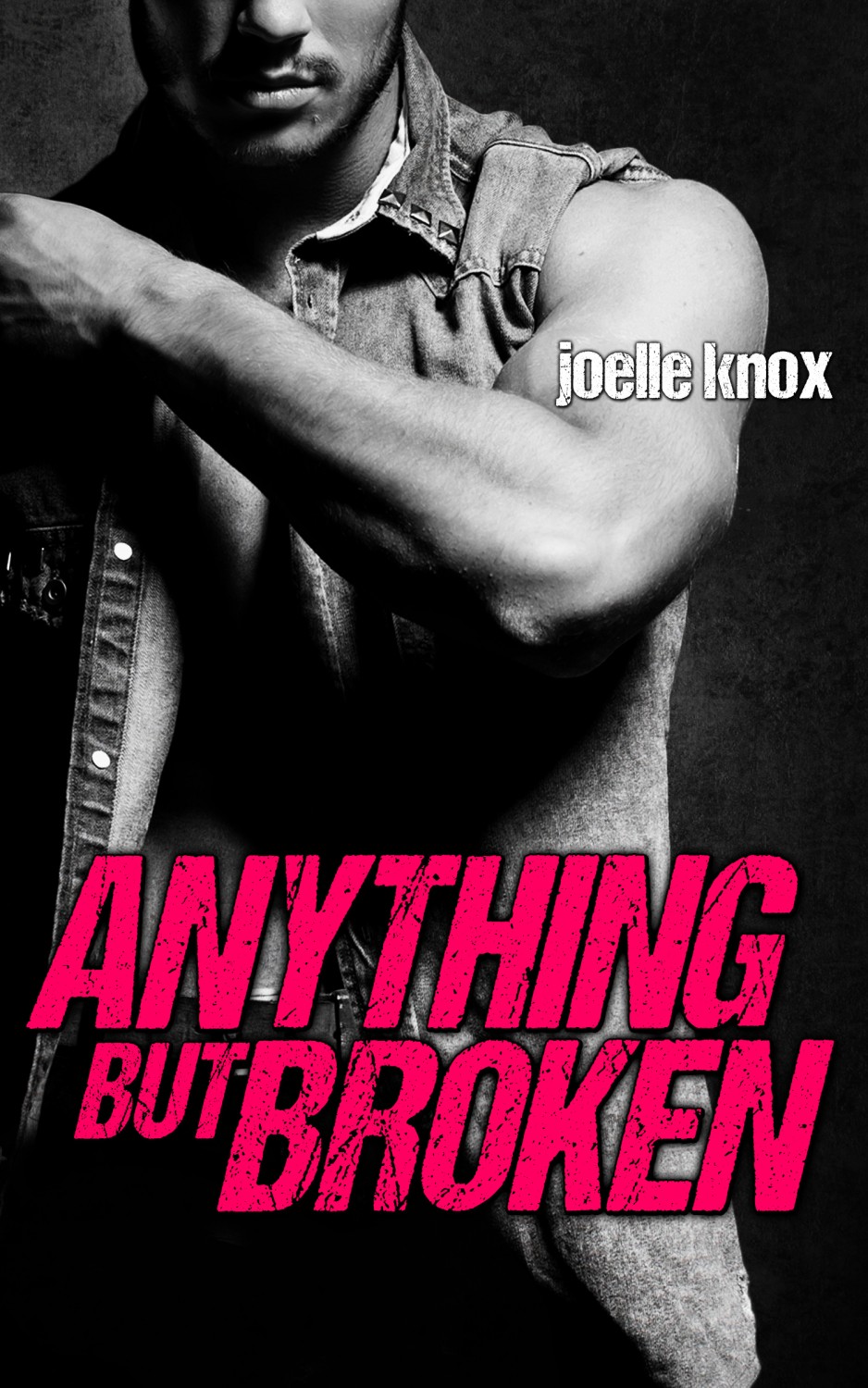 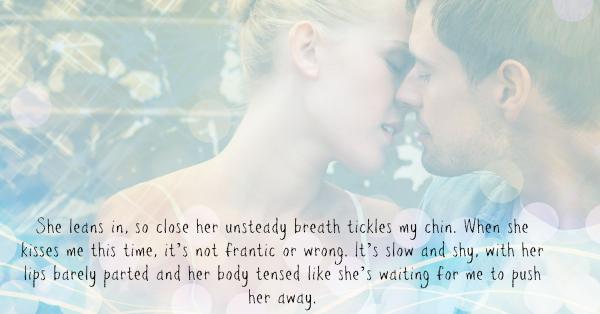 I don’t stay in bed. By the time Sean comes knocking on Evie’s front door, I’ve washed my face, brushed my teeth, and torn through my room, kicking dirty clothes into the closet and wondering how I made such a damn mess when I don’t even have all my things with me.​
​
I’m at the door before I remember I forgot to change, and it’s too late now. So I answer the door in my pajamas—cotton shorts and a tank top that feels transparent right now.

“Good morning.” He actually did something, one of the bright blue boxes from the bakery down the street from the boutique, and he hands it to me as he walks in.

“Thank you.” I carry the box into the living room, where my quilting supplies are spread out on the floor in front of the TV. Evie helped me sort scraps last night, and I went to bed without putting anything away. “Are you thirsty? I can make coffee, or we have some Cokes.”

“The bakery thinks of everything.” He tilts his head toward the box, and I open it to find two covered cups of coffee nestled inside along with the pastries.

“You’re going to spoil me,” I tell him as I sit on the couch. The coffee table is another of those pieces that looks either cosmetically distressed or lovingly salvaged—only now I know which. Evie finds them at flea markets and yard sales, dropping ten dollars on pieces of furniture no one wants, only to turn around and make them beautiful.

Just like Sean and his car—or me with my scrap quilts, I guess. Maybe we’re all obsessed with rescuing broken things.

Sean takes one of the coffees and sprawls out beside me, one arm looped casually around my shoulders. “Got any plans for today?”

Just the hospital later, but I don’t feel like bringing it up. So I reach for one of the pastries instead, breaking off a corner to nibble. “Not really. I need to open up my laptop and actually deal with some of my email, I guess.”

“Sounds fun.” He wrinkles his nose as he leans his head back and closes his eyes. “I left Gibb alone at the garage.”

I should probably feel guilty about that, but it’s hard to when he’s here, next to me, and I get to snuggle into his side as I eat breakfast. “I’m sure he can handle it. He seems really good at his job. Evie says he is, anyway.”

“She’s right.” Sean tilts his head my way and opens one eye. “You look good.”

My cheeks aren’t the only part of me that heat at the compliment. I abandon the pastry and coffee in favor of curling closer to him, because every point of contact means another giddy spark of anticipation.

It’s easier to flirt with him in text messages, but I try to capture a hint of that mischief as

I smile at him. “I stayed in my pajamas just for you.”

“I like it.” The back of his hand brushes my bare thigh.

An accident? I don’t want it to be. Holding my breath, I shift closer, chasing his fingers.

But he hasn’t moved, so I wind up rubbing my leg against his hand.
Sean is watching me now. “Does Evie come home for lunch?”

I don’t think I’ve been here long enough to know for sure, and I can’t remember right now, anyway. Because that’s not what he’s really asking. This isn’t safe like the lake, with people nearby to keep us from going too far.

Whatever too far means.

“I think she might be meeting Sawyer for lunch,” I tell him, because I know she talked about it. Was it today? God, I hope so, because I can’t think with Sean watching me.

He slides his free hand into my hair and cups my neck. He doesn’t say anything, but he’s utterly focused on my mouth, and he draws in a sharp breath when I lick my lips.

It’s the reminder I need—that I’m not the only one caught in the grip of needy hunger. I press my hand to his chest, splaying my fingers wide. Not to hold him back, but to brace myself as I lean in.

He lifts me into his lap instead, his steely grip a shocking reminder of his strength. I end up perched on his thighs, my knees riding alongside his hips. Straddling him, and it’s nothing like the lake. We might be wearing more clothing—well, he is—but there’s no darkness or water to hide behind.

He can watch my cheeks flush, and he can watch that warmth spread. My tank top is too thin to hide the tightening tips of my nipples, so I crush my chest to his and kiss him before reality can catch up with me.

But it isn’t reality that crashes into me a heartbeat later. It’s sensation, the tightness spreading into a deeper heat as his tongue slicks over mine, and his fingertips edge beneath the hem of my tank top.

I want to melt. Everything inside me is screaming for it, but I break away and pant against his cheek. “I should tell you. That I still don’t—that I’m not ready—”

“For sex?” His voice is low, hoarse. Filthy.

I never thought anything could weaken my resolve. But I didn’t know I could feel like this—flustered and turned on and achy. Empty, and just thinking that makes me feel debauched. “Can we still do other stuff?”

His chest rumbles beneath mine, and his hands slide higher up my back. “Hell, yeah.” 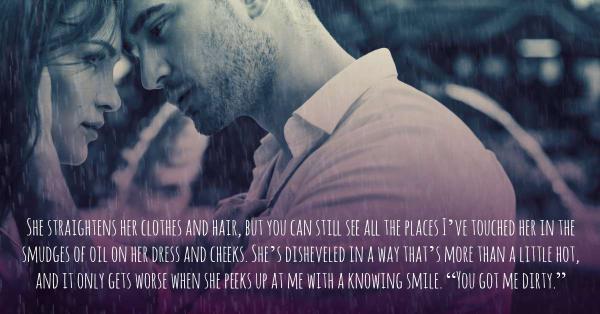 Anything but Broken is their first contemporary romance and their first new adult romance.