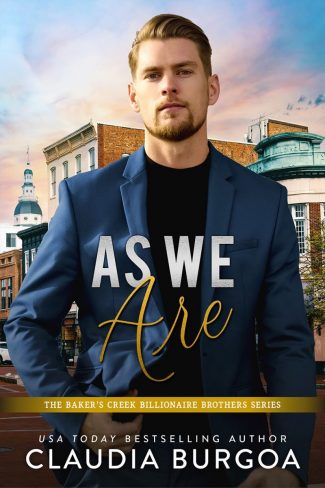 I never wanted to go back to Baker’s Creek.

But when it rains, it pours. I lost my job, lost the guy, and lost the house. The perfect trifecta of ruin.

Ten years after I said I can make it on my own, I have no choice but to ask for help. But it’s my mother who needs me now...

So it’s back to where I don’t belong.

There’s no opportunity in my hometown. The only job that I can get is nannying. For a player from the Vancouver Orcas. “Mean” Mills Aldridge is going to be my new boss… and I’m supposed to pretend he isn’t sex on skates.

Between avoiding the town mean girls, helping my parents, and trying not to behave like a puck bunny, my job with that sweet boy is fast becoming just like the rest of my life--one big complication.

My only escape is my late-night chats with Mills.

The confessions we share make me feel like I belong. The stolen kisses make it hard to remember why I ever left.

Until the opportunity I’ve been waiting for arrives, and it’s time for me to say goodbye.

But can I leave that little boy and his father behind? 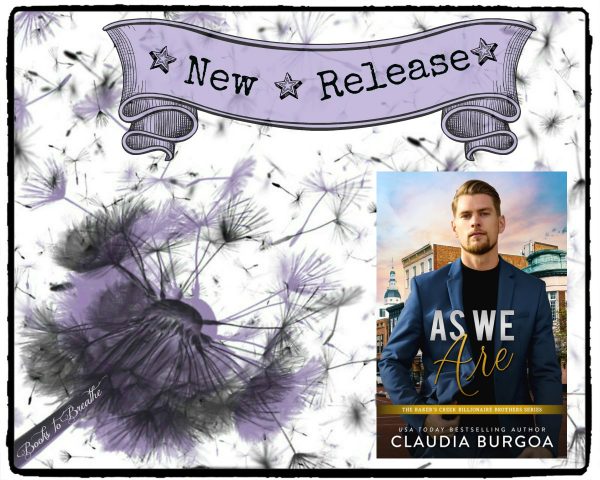 Title: As We Are 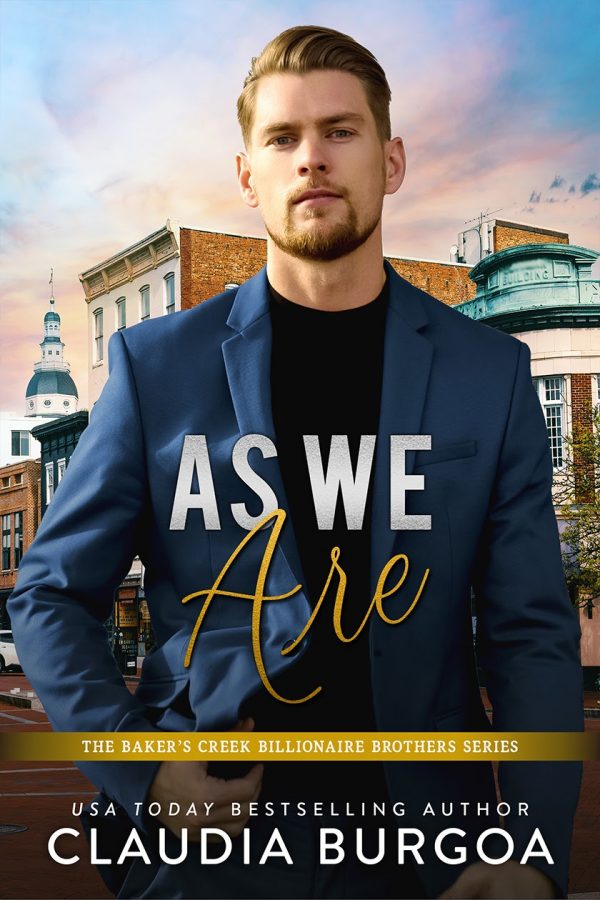 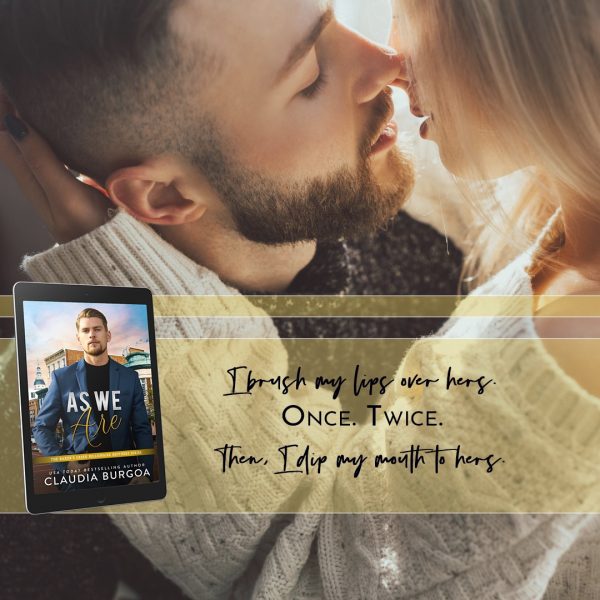 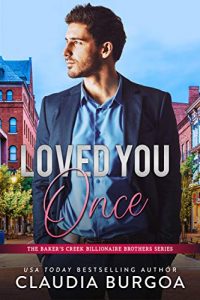 Twelve Years.
It’s been twelve years since the last time I heard from the Aldridge family.
That one voicemail changes everything—I need the money the late William offers.
In exchange, I have to live eighteen months in Baker’s Creek.
I’ve survived cancer, the jungle, and the plague.
This should be easy compared to all that, right?
Or so I think until…I see him.
Confident, charismatic, bitter, sexy as hell, Doctor Hayes Benjamin Aldrige.
My first love, my first kiss—my late husband’s brother.
He hates me.
He still hasn’t forgiven me for walking out on him, and I can’t blame him. It’s been over ten years, and I still have feelings for him.
But I faked it once and I can fake it twice.
I can survive eighteen months and that’ll be the last time I see the Aldridge brothers. 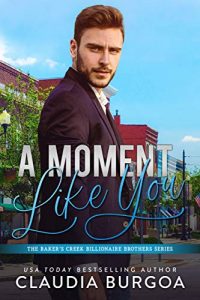 I hate my boss. He’s the devil in disguise—but I just can’t seem to stay away.

When my employer Henry Alderidge is set to claim a large inheritance from his deceased father, he drags me along with him—because he needs his assistant. I have no choice but to move across the country with Satan’s bastard and stay with him for over a year in order to pay for my mother’s debts.

Henry drags me to a small town where everyone knows your business and to a family that’s more broken than close. The Alderidge brothers are handsome, arrogant, and sinful.

They’re also too much to handle.

Henry’s dad lost his mind before he died, and the apple doesn’t fall far from the tree. I don’t know how I’ll survive for eighteen months with this man.

Except you should never judge a book by its cover. And Henry Alderidge has more hiding beneath the surface than I ever thought possible… 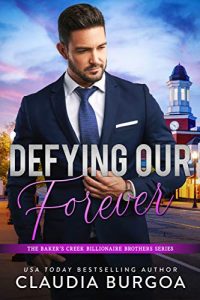 Fresh out of Vet school, I married Pierce Aldridge. Gorgeous, sexy, and smart. He’s a philanthropist with a heart of gold, or so I thought.

But after a while he became distant, self-centered, and callous. The man I married disappeared before my eyes. I should leave him, but I can’t do it just yet.

There’s one thing I need but I can’t have it if I divorce him. Just a few more months…

But my plans fall through when his father dies.
The man was just as ruthless as his son.

Now I can either spend eighteen months with Pierce in his hometown playing the happy couple or I could avoid the ordeal entirely if I sign the divorce papers. But I would lose the one thing I’ve been wanting my whole life.

The more time that passes, the more I realize that maybe I’ve been wrong.
Maybe the man I married is still there. The man I still love.

But is it too late? 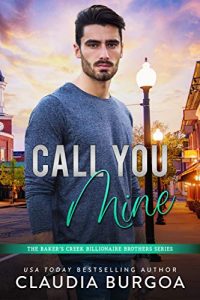 I’ve been best friends with Beacon since we were kids. We shared everything, even our first kiss.

Now that we’re adults, Beacon’s been cockblocking me on my quest to find Mr. Right. No matter how hard I try to find love, he’s always getting in the way.

My shy, awkward exterior doesn’t help. After all, Beacon’s the cool one, not me—I play the cello at Carnegie Hall, and He’s a heartthrob.
The famous frontman of the band famous Too Far From Grace. Every woman wants him, every guy…either wants to be like him or wants him too.

I decide to play devil’s advocate, and hire Beacon to teach me the dating ropes. Maybe if we work together, we can find me a guy we both approve of.

Except, moving to Baker’s Creek to work on this experiment isn’t working the way I planned. Seems like he’s doing everything to convince me that I don’t need a man, after all, I have him. 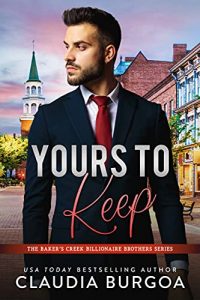 Love isn’t in my future. Romance isn’t in my cards. I focus on my job and nothing else. Neurosurgery doesn’t play well with distraction, anyway. If only my meddling, matchmaking Mom would get the hint.

Accepting a move to Baker’s Creek, getting off her radar and away from any eligible bachelors that she knows should keep me safe, right?

I might not want a boyfriend but I do have a type: broody, angsty, and quiet. And there’s one of those living in this small town.

He’s a military man who’s numbed himself to the point of no return. He’s been forced to choose between love and family one too many times, and I just saved the life of his baby brother.

He fascinates me far beyond his chiseled good looks. I want to know how he thinks, what makes him tick, and if I can make him smile…

But can I learn to read his mind without giving away my heart? 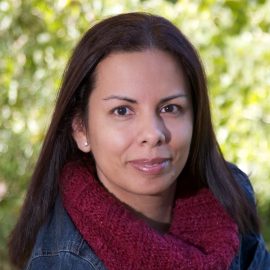 Claudia is an award-winning, USA Today bestselling author. She writes alluring, thrilling stories about complicated women and the men who take their breaths away. She lives in Denver, Colorado with her husband and her youngest two children. She has a sweet Bichon, Macey, who thinks she’s the ruler of the house. She’s only partially right.
When Claudia is not writing, you can find her reading, knitting, or just hanging out with her family. At night, she likes to binge-watch shows with his equally geeky husband.