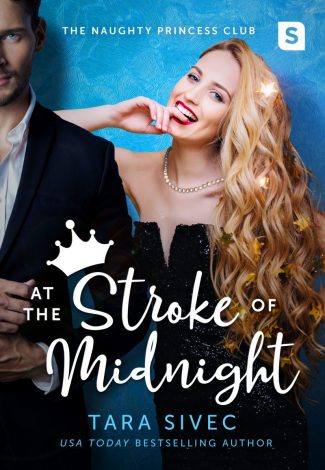 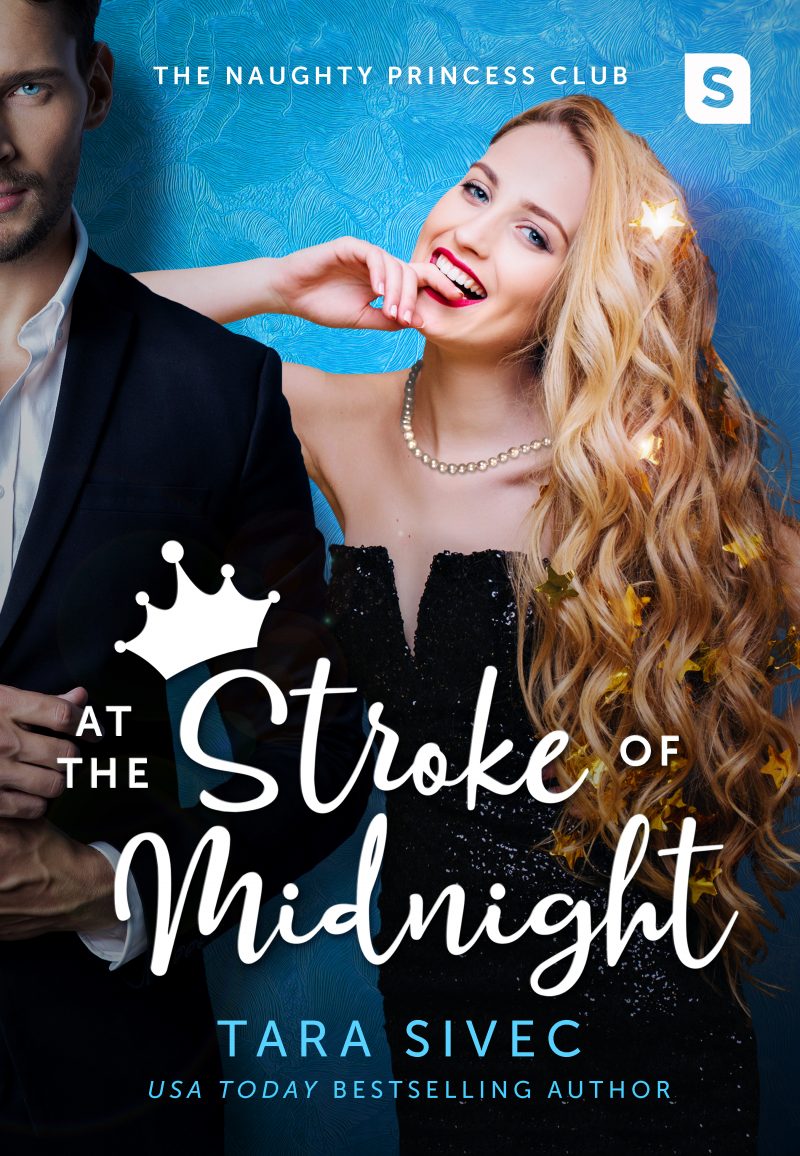 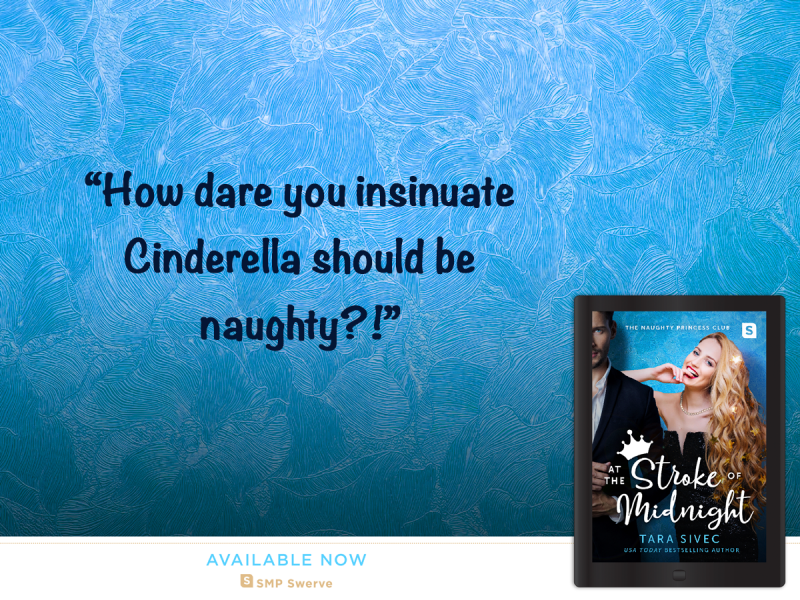 “You can do this. It’s just like you’ve been practicing. Close your eyes and pretend you’re just dancing in your bedroom,” I whisper to myself.

“Do you normally have over a hundred complete strangers in your bedroom watching you take your clothes off while dancing to a horrible ’80s song?”

My pep talk is interrupted and my eyes fly open to find my friend, Ariel standing next to me backstage. It still feels weird to call her my friend, considering a few months ago I had no desire to ever speak to her, let alone get to know her. But, she’s one of the reasons I’m standing here right now, getting ready to do something I never thought I’d do. Sure, it’s an unusual way to make your dreams come true, but everyone has to start somewhere.

“I took your advice and chose another song. But just so you know, ‘Eternal Flame’ by the Bangles is not a horrible eighties song. ‘Is this burning, an eternal flame’ is a beautiful and passionate lyric,” I argue with her, my voice rising to be heard over the catcalls, whistling, and clapping happening on the other side of the curtain, as the woman who went on before me finishes up her performance.

“Is this your idea of pep talk?”

“Do you need a pep talk?” Ariel questions, with a confused look on her face.

“Have we met?!” I shout hysterically. “Do you think this is something I’m a hundred percent confident about right now? I feel sick. Maybe this wasn’t a good idea. I don’t think I’ve had enough practice.”

I start to back away from the curtain when she reaches out and grabs my arm to stop me from running as fast as I can off this stage and out of this club.

“You’ve had enough practice. You finally let your hair down, literally and figuratively,” she reminds me as I tentatively run my fingers through my long blond hair, which she recently convinced me to put caramel highlights in and which has been curled and teased and hangs around my shoulders and halfway down my back. “This is where your future begins, babe. Right here. On this stage. This is where you take back your life and give a giant fuck you to that dipshit of an ex-husband. And that hot piece of man meat out there in the audience who has no idea what’s about to hit him.”

My eyes start to burn as they fill with tears, and I quickly blink them back before they ruin the perfect cat-eye eyeliner and false lashes she applied for me in the dressing room an hour ago.

“That was the sweetest thing you’ve ever said to me,” I tell her with a sniffle.

“Just think: Instead of having that giant pole up your ass, you’ll have it in the palm of your hands and be swinging on it in about forty-five seconds,” she says with a smirk.

“And then you go and completely ruin it,” I mutter with a shake of my head, taking another deep breath and turning away from her to face the curtains again.

“You’ll be fine. It’s two minutes and thirty-five seconds of your life. It will be over before you know it,” she reassures me with a pat on the back.

“I need my Clorox wipes,” I mumble nervously, bringing one hand up to my mouth and chewing nervously on my thumbnail.

She smacks my hand away and rolls her eyes.

“You do not need your Clorox wipes. That pole is clean. Ish. You know what? Don’t think about the pole and all the vaginas that have spun on it before you tonight. Think about how freeing this will be. Think about your business. Our business. Think about being independent and paying your own bills and banging the hot-as-balls man out in the audience who will most likely lose his shit when he sees you walk out on that stage,” she says with a wag of her eyebrows.

“I’m not going to… do that with him,” I reply indignantly, even though just the thought of being naked in a bed with that man makes me feel all warm and tingly.

“For fuck’s sake, you can say the word bang. God will not kill a kitten if you say the word bang. And you’re totally going to bang that man like a screen door in a hurricane. Especially when he sees you in this outfit,” she states, looking me up and down. “Well, the outfit you have on underneath that thing.”

I take a second to look down at myself and smile. He told me to never, ever wear this costume again, and I did it just to irritate him. And to see the look on his face when I take it off. I’m not the prude he thinks I am. I can change. I can be sexy and outgoing and do something completely outrageous and not in my comfort zone.

“Hell yeah you can!” Ariel cheers, bumping her shoulder against mine. “Just don’t trip and fall on your face in those ridiculously high heels. Biting it and smacking your face onto the stage is not hot.”

I glare at her, and she holds her hands up and begins backing away.

“You’ve got this. Shake your ass and make momma some money!” she shouts before disappearing around a corner to go out into the audience and cheer me on.

“Let’s give a great big round of applause to Tiffany! We’ve got an extra-special treat for you next. Get your dollar bills ready, folks. Straight from the castle, looking for her very own Prince Charming, is the hottest princess you’ll ever meet! Put your hands together for Cinderella!”

Letting out a long, slow breath, I grab onto the velvet curtain and yank it open, pasting a smile on my face and ignoring the butterflies flapping around in my stomach as I make my way on stage.

I can do this.

I’m going to go out there and show everyone that it’s possible for a housewife to make something of herself. Even if she has to make it by being a stripper. 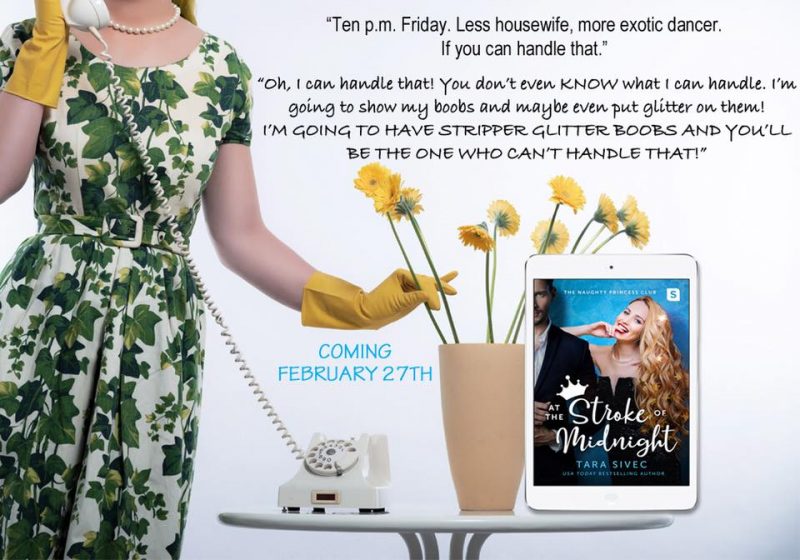 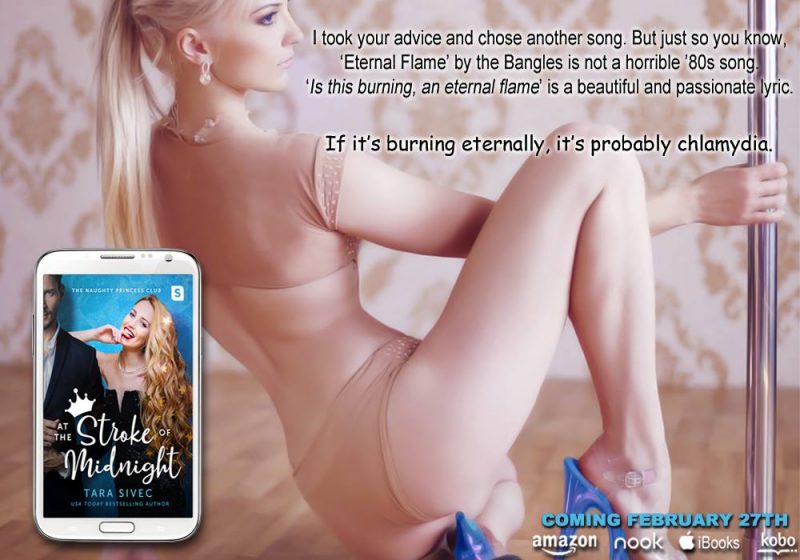 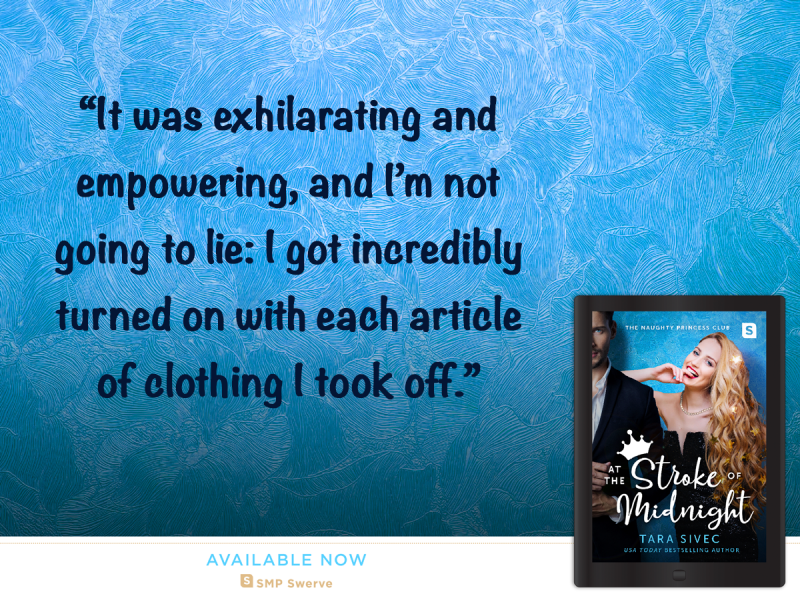