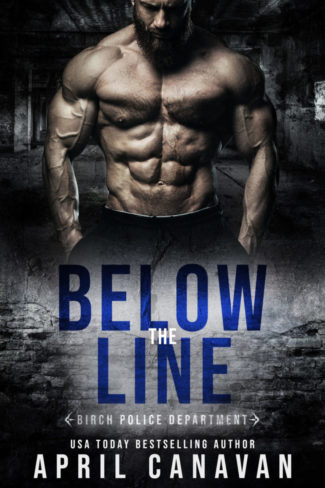 Teri
Silence.
That’s all I had from him for years.
Broken promises.
Dreams of a life we should have had.
Except he left me behind.
And then he showed up, scarred and broken.
I can’t save him.
Hell, I can’t even save myself.
When he promises me the world, I know he’s full of shit.
But that doesn’t stop me from letting him in.
From hoping he’s not going to break me again.

Logan
I made promise after promise.
Broke every single one of them without looking back.
Okay, that’s a lie.
I looked back, and I made damned sure she never loved anyone else.
She’s always belonged to me.
I know I’m not a good man.
I may be dense, but I’m not a f*cking idiot.
When I get the chance to have her, I take it.
Her kiss.
Her smell.
The way she screams my name.
In the dark pit of my life, she’s the only salvation.
And I’ll destroy anything that tries to take her from me again. 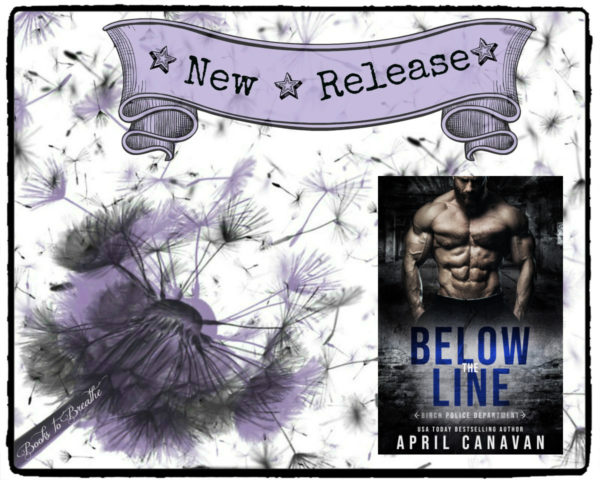 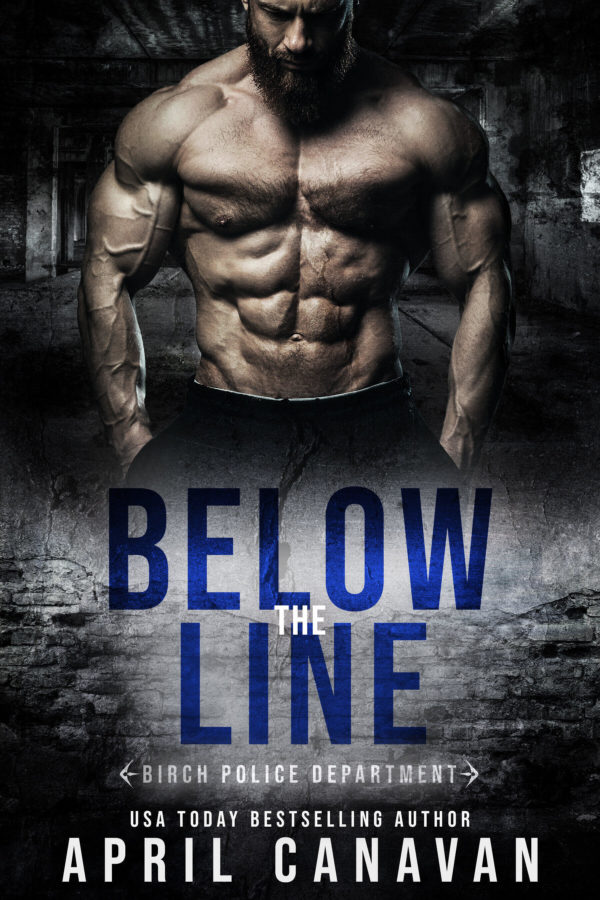 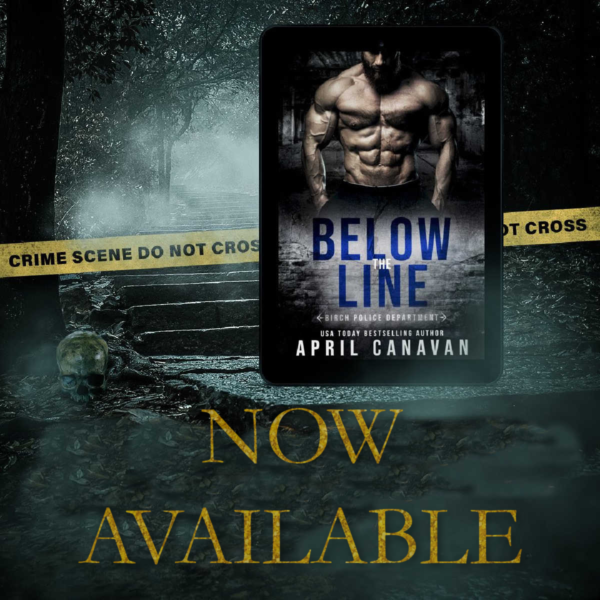 Balls to the Wall 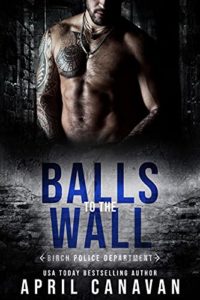 Parker
I can’t escape the past.
I’m broken and damaged.
All I can do is keep moving forward.
What I don’t expect is one cop in particular to get under my skin.
Making me want something more.
He hates me.
Everywhere I turn, he’s there, watching me.
Waiting for me to screw up. Again.
I’m not going to give up, though.
Not when I finally found something that makes me happy.
I know how short life can be and I’m not backing down.

Remy
One drunken promise is going to ruin my life.
I told him I’d watch out for his wife if he died.
Coming home and seeing her will be my undoing.
She’s everywhere I go.
Everywhere I turn.
The thoughts going through my head …
Well, they’re enough to send me straight to hell.
Parker Hayes invades every aspect of my life.
One drunken promise…
That’s what it circles back to.
I’ve been trained to go balls to the wall with every mission.
Never back down.
Never surrender.
Never walk away.
I’ll never let her become collateral damage.

Boots on the Ground 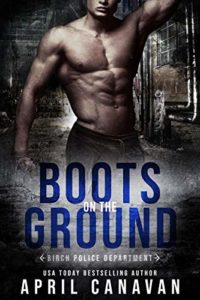 Kennedy
I stayed away.
Even though it crushed me.
Because that’s what he wanted.
I distanced myself from the man I love.
I moved on, or so I told the world.
Went through the motions, and smiled when I wanted to cry.
Then chaos flashes into my life, destroying everything in its path.
It’s time to face facts.
Lincoln Hayes is the only one I trust.
The only one who keeps the nightmares at bay.

Linc
I love her.
Thoughts of her came with every bullet that flew past my head overseas.
Every night, I dream about her and what we could have had.
She’s the only reason I came home.
The reason I stay, even though the very sight of her is torture.
After my brother died in my arms, everything changed.
I’m damaged. Broken.
She deserves so much more than I could ever be.
I’ll forever want the life I can never have.
That doesn’t mean that I won’t watch her six.
Boots on the ground, active and ready.
I’ll take out any threat she faces.
No matter the cost… because I’m not strong enough to lose her again. 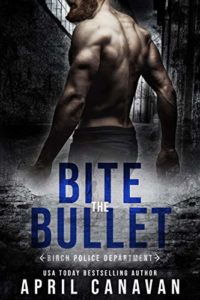 Emma
You can do it.
The last words my brother ever said to me.
I’ve got one chance to prove him right.
And nothing is going to stop me.
Not even a tall, sexy cop, armed with a glare that melts panties.
Too bad I don’t have time to go to war with him.
Because I could think of a dozen different ways to bring him to his knees.
I can’t afford to pay the price of failure.
But the way he looks at me… Makes me want to break every promise I’ve ever made.

Dominic
She’s a goddamn menace.
I want her, but some lines shouldn’t be crossed.
Nothing she says will change that.
She’s on a mission, but so am I.
And she’s my target.
We both know she doesn’t stand a chance.
But while my eyes are on her… I can’t see the threat on the horizon.
There’s only one option, and I’ve got to bite the bullet to get it done.
Emma Hayes doesn’t know it yet, but she’s mine. 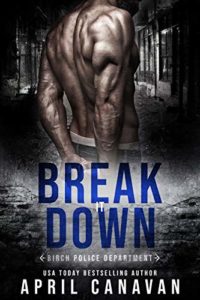 Chloe
A folded up flag is all that remains.
My brother lost overseas.
And every single day, I face the man who walked away.
The man who couldn’t save him.
The one I blame, even if he’s not at fault.
He haunts every step I take, and I can’t escape.
I’m not sure I can convince him to let me go.
I’m definitely not strong enough to admit the truth.
I never stopped loving him.

Ian
The sight of her holding that flag will haunt me until the day I die.
One night.
One mistake.
One failed mission.
Two families ruined forever.
The right thing to do is walk away.
Especially when I see rage in her eyes.
She doesn’t need the trouble I’ll bring her way.
There’s only one thing I’m good for.
And it sure as hell doesn’t include fixing her problems.
With my expertise, I can break her down and tear her apart.
I just can’t put her back together again.
But she’s in my blood, and I can’t let her go.
She might be shattered and broken, but I never wanted her perfect.
I just want her.

I live on chaos and coffee, and you’ll find it running through every single one of my stories.

First of all, I absolutely abhor writing anything biographical. In any form. I’m terrible at it, and I have the very firm belief that no one wants to know who I am. You’re here for books, right? But that doesn’t mean I’m off the hook.

I grew up sneaking over to my great grandmother’s to read her Harlequin novels. Those were delivered once a month in a ginormous box, and from the age of ten, she let me devour them in their entirety. I fell in love with romance, even the clean kind. And that, undoubtedly, led to many days and nights with my face buried in a book and the discovery that I wasn’t happy unless my hair was up, and I had a story in my hand.

I never wanted to write. I wanted to read. ALL the words. Until someone pointed out to me that I’d been writing my entire life. I just needed to put the book in my hand down and pick up a pen.

Once I started, I found out that I couldn’t stop. Now, I’m always writing. Or reading. Or chasing my son through the house to get the elusive hug he thinks I don’t need.

Oh, and I’m a Leo… which is completely on-point if you know me at all. I love being the center of attention. On my terms. When I can stay at home in my pajamas. With lots and lots of coffee on hand. And maybe a few snacks.