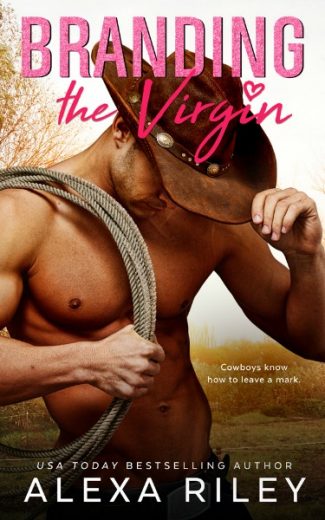 Mary-Jane wasn’t looking for drama. All she wanted was a family of her own, so she decided to make that happen. A mix-up at the sperm bank leaves her with a baby in her belly, but the father is none the wiser.

Ty was injured in a bull-riding accident, and now all he plans on doing is working on his ranch and keeping to himself. That is, until a little dark-haired woman shows up on his doorstep.

When their paths cross, will Mary-Jane be able to reveal to Ty that he’s the father? Will Ty be able to keep Mary-Jane from running? Will there be a lot of steam in this book? You betcha!

Warning: This pregnant virgin story is wonderfully ridiculous and just as sweet as it sounds. Saddle up and take an evening stroll with this easy quickie. 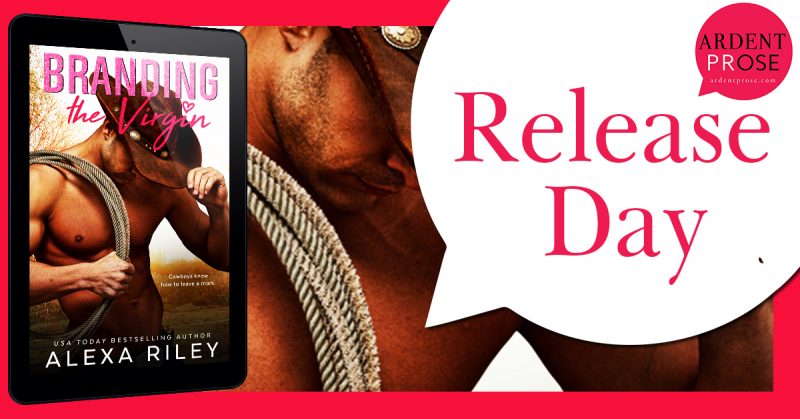 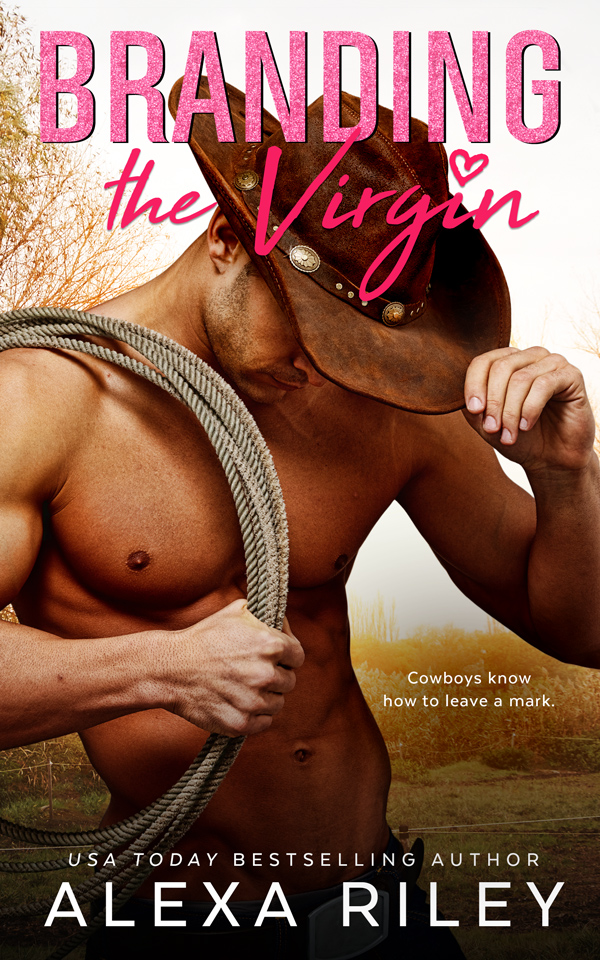 “How did you get yourself into this, Mary-Jane?”

I ask myself for the twentieth time today. I was set to arrive at my new temporary place of employment in a little over two hours and dread was weighing heavily on me. I just hope the clothes I brought will do well to hide this little baby bump that keeps getting bigger and bigger by the day. I’m running out of time.

I let out a long sigh as I absently rub my hand over the bump. This little boy has become my whole world. In all my planning I never thought this would happen. Just when I thought I was getting something I’d wanted so dearly, everything else in my life started to fall apart. Just goes to show you: you can plan everything how you like, but someone else can come to kick it out from under you, and you have to try and pick the pieces up the best you can. This time, though, it isn’t my pieces I’m picking up. I have a baby to protect and to make a life for.

“I promise, little man, I won’t let anyone take you from me.” I rest both hands on my stomach, praying my words are true and that I’m not making a giant mistake by going to see the one person who could take my baby away from me. My heart clenches at the thought of losing him. I can’t. I won’t, I correct myself. Losing this baby isn’t an option.

Someone couldn’t be that heartless, could they? To take a baby from its mother? I’m not so sure here, though. If what I’ve found out about my baby’s father is true, then heartless is pretty damn close.

Last week my doctor told me that they’d made a mistake. A giant one. They’d given me a specimen from the wrong sperm donor. Someone who wasn’t a willing donor at all.

I’d gotten two giant kicks in one day. I’d lost my job and was possibly losing my child. The clinic said they had to inform the man who’d donated. I’d asked for his name and requested they give me some time before they contacted him. They were reluctant at first, but they’d given me both after I threatened a lawsuit.

After a little online stalking I’d found my baby’s father. When I’d seen who he was, I’d lost my breath. He was known all over Texas, or so it seemed with all the articles a few years back. He used to ride bulls, but now he owns a big ranch down south, almost two hours from here. The place I’ll be calling home for a little while.

A lot of the articles weren’t flattering. He was one of the best bull riders, having won dozens of competitions, but he had a reputation to go along with it. Many articles and posts I found called him an arrogant asshole. Meaner than the bulls he rode. It made me think he wasn’t going to have any compassion when it came to this situation. Or maybe he’d just sign on the dotted line and let me and my son go.

Or he could try to take him from me. He had the money. The thought of running kept fluttering through my mind. I had money saved up, and made a small profit when I’d sold my little house just two days ago, but something about running felt wrong.

I had to be sure that if I did choose to run, I was making the right decision. That I was protecting my baby, making sure we could be together. That’s why I had to do this. I had to go meet this man. See who he was in person, because you can’t always believe rumors.

Maybe it wouldn’t be so bad. Ideally, maybe we could share custody. I could get a place in town not far from his ranch. Find a local job there and we could do this together, if that’s what he wanted. It wasn’t what I signed up for when I’d decided I wanted a baby. I’d made the choice to go this alone, which I’ve been doing my whole life.

What if he has a wife or girlfriend? The thought makes my stomach turn. I could be turning their lives upside down. Then my baby would have another mom. A lump forms in my throat. It feels like every time I get something good going in my life, someone or something is trying to rip it from me.

I searched and searched for anything on him with someone else and came up with nothing. I’d read article after article on his bull-riding days and never was a woman mentioned or pictured with him. He had a hard look on his very handsome face, so I’m not sure I’d want to stand next to him and pose for a picture either.

It was hard to see his face in a lot of pictures with the cowboy hat, but I could always see the grim line of his mouth and hard jaw. It always seemed locked in place. You’d think if you just won some big competition you’d at least smile or something. Nope. Not him.

Picture after picture he still had that hard, locked jaw. Almost like he couldn’t talk. He’s scary and intimidating. I don’t know how I’m going to tell him about this baby.

Worse is thinking maybe he does want to be in this baby’s life and he’ll be cold and hard to my little boy. I’d grown up with a father like that and it wasn’t easy. Even to this day I can’t say whether or not he loved me. Did he take care of me? Yes. But I feel more like he put up with me because he had to. It didn’t matter if I was there or not.

I think I would rather him at least be angry or something. The indifference and coldness left me empty and numb.

What I did find during my internet search was a job opening on his ranch. Someone to help around the house for the summer and do some of the books. I could get an up-close look at the father of my child before I had to tell him the truth.

“Ma’am, I think that’s everything.” I look up at one of the movers who’s been packing up my stuff to put into storage. I take the clipboard he’s holding out and sign on the dotted line. He hands me the key to the storage unit they’d put it all in.

My hand closes around the key that holds almost everything I own except two suitcases I have packed away in the trunk of my car. Even the stuff for the baby room I’d started to put together has been packed away in here. I hold back a tear, not wanting to make this poor man uncomfortable.

“Thank you,” I tell him, handing back the clipboard.

He nods before turning to leave.

I stand in my empty house. The place where I thought I’d be raising my son. A home that would have been filled with so much love. He’d never feel the coldness like I had.

Even without the donor mix-up I would have been leaving anyway. I’d moved to this little town because I wanted to get away from the big city. I dreamed of living somewhere where everyone knew everyone. I wanted to have a family in a place like this.

Problem was, I couldn’t find anyone I wanted to have a family with. 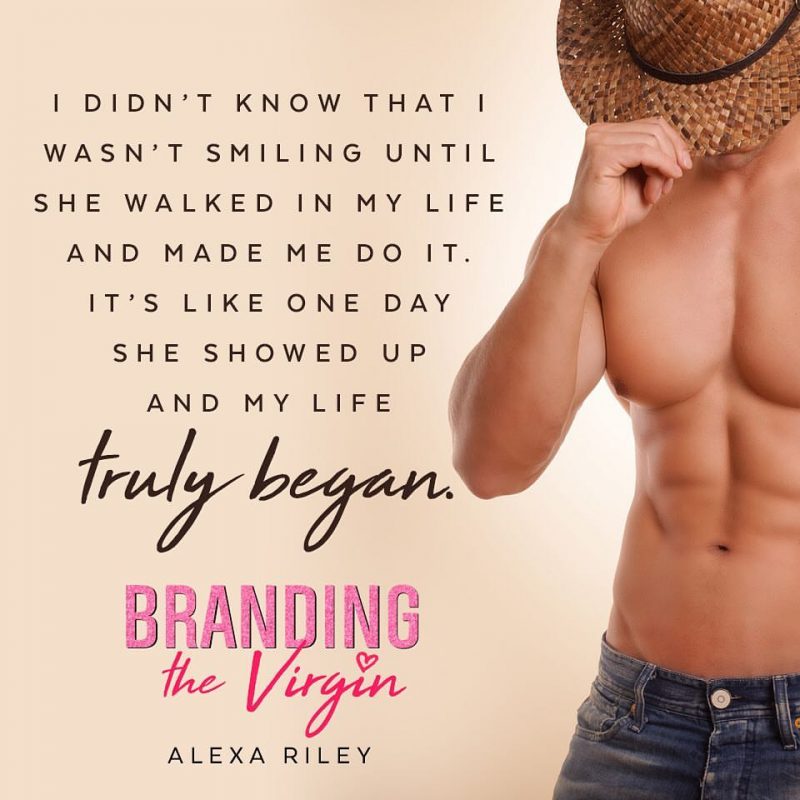 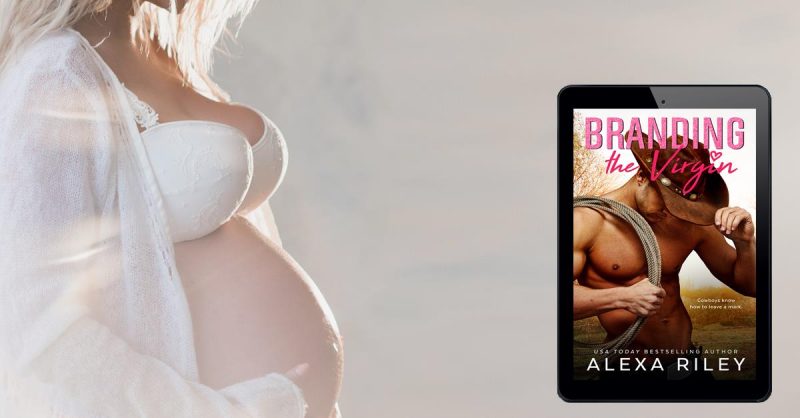